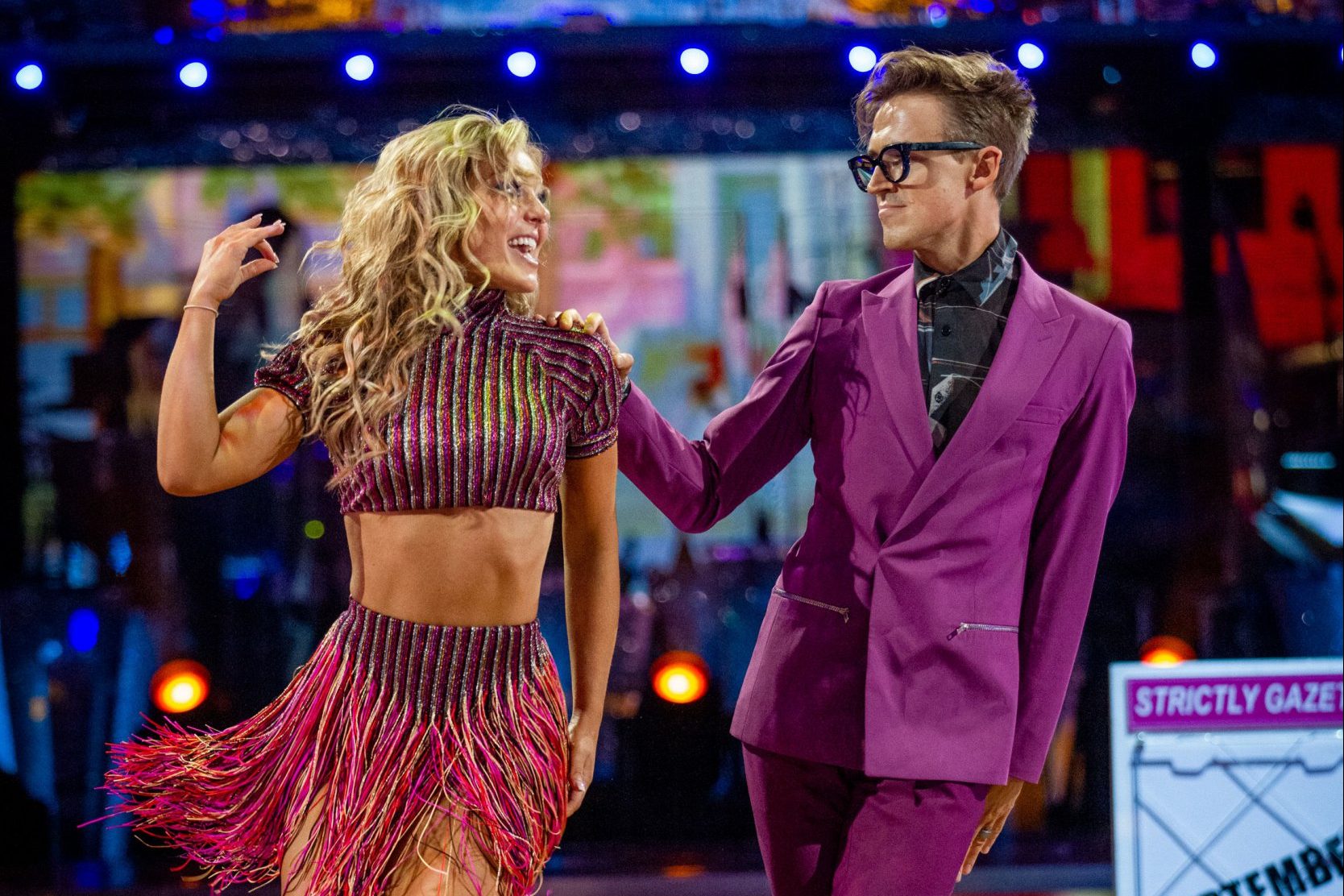 Strictly Come Dancing may be forced to drop its live audience after Tom Fletcher and Amy Dowden both tested positive for Covid.

Bosses are also said to be considering re-introducing quarantine bubbles for contestants and their professional partners after both Tom and Amy caught the virus despite being double-jabbed.

According to sources, ‘there is nothing they aren’t willing to consider’ in order to keep the show on air.

‘These would be radical steps to take to increase safety on the set, but given the difficulties producers have had over the past two weeks, there’s nothing they aren’t willing to consider,’ an insider told The Sun.

‘But if they did have to go down this route, it would be a logistical nightmare and might leave some of the stars with a dilemma as many of them are juggling their dance training with their day jobs.’

Strictly’s live audience was scrapped in 2020 during the pandemic, but returned with a limited crowd on Saturday night, with Greg Wise’s wife Emma Thompson among those cheering on from the sidelines.

However, Amy and Tom’s diagnosis is a painful reminder for Strictly bosses of the very real threat to production.

The couple are ruled out of Saturday night’s live show, which some viewers have deemed as unfair, giving them a pass to week three of the competition.

‘After days of negative headlines about dancers not getting the jab, producers had hoped the start of the show would see them turn a corner and put this story to bed.

‘So for Amy and Tom to go down with COVID was absolutely crushing news and left everyone dismayed.

‘But BBC bosses are refusing to panic. They believe the measures in place are as good as they can be. They’ve always been clear that nothing is going to be bulletproof and producers can only follow Government guidelines.

‘They are now just hoping nobody else comes down with the virus because that would really put the show in danger of being cancelled.’

Last week it was revealed three of the Strictly professional stars have refused the Covid vaccine, with many critics calling on the BBC to sack them and replace with jabbed dancers.

In the UK alone there have been 160,000 deaths where Covid-19 was mentioned on the death certificate, with more than 7.7 million testing positive for the virus since the pandemic began.

On Monday, a further 37, 960 people tested positive for coronavirus, while the total number of those to receive both jabs of the vaccine has reached almost 45 million.

Metro.co.uk has contacted a spokesperson for Strictly Come Dancing for further comment on ths story.

Strictly Come Dancing returns to BBC One Saturday at 6.45pm.