Home » TV & Movies » The Blacklist season 8 cast: Who is in the cast of Blacklist series 8?

The Blacklist is a popular crime series which follows a former Navy officer, who ends up helping the FBI hunt down some of America’s toughest criminals. The critically-acclaimed series made its debut in 2013, and in February 2020 it was renewed for an eighth season, which started on November 13. Express.co.uk has everything you need to know about who is in the cast of The Blacklist season eight.

Who is in the cast of Blacklist series 8?

Red is the main character in the series, who used to be a member of the US Navy, but the tables turned and he ended up as a high-profile criminal.

He found himself on the FBI’s most-wanted list but ended up handing himself in so he could help the FBI hunt down some of the country’s most dangerous criminals.

In the first episode of season eight, Red hired the task force to take down a blacklist criminal who is known for “elaborate extractions”.

His character is played by James Spader, a 60-year-old American actor and producer who is known for his roles in Lincoln, and he voiced the character Ultron in the Avengers film, Age of Ultron.

The star is currently in a relationship with one of his old co-stars from Alien Hunter, Leslie Stefanson, and they have a son together.

He was nominated for two Golden Globe awards for Best Actor for his role in The Blacklist, in 2014 and 2015.

He featured on The Tonight Show with Jimmy Fallon in November 2020, saying: “It’s pretty crazy, we ended last season abruptly. We were in the middle of shooting 19 which we finished with a sort of hybrid live-action. We had three episodes that were sort of our climax for the season that were already written, so they got re-written to work into the start of season eight. Things are really dire right off the bat.” 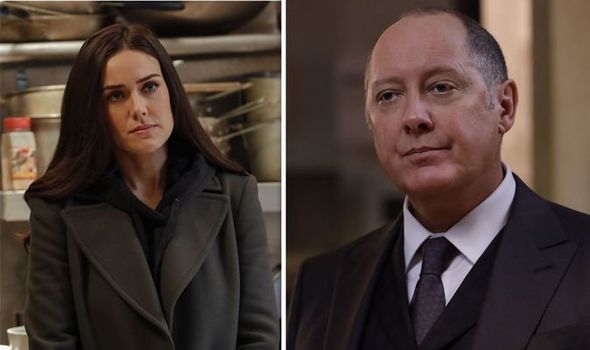 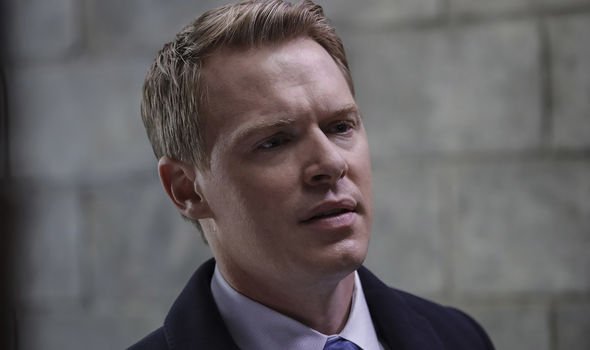 Elizabeth Keen works for the FBI as a profiler, and she was born in Moscow to a Russian intelligence agent.

Keen is the only member of the FBI that Red is willing to co-operate with, but he has never revealed to her why he has such an interest in her.

However in season eight she grows to learn the truth about Red and begins to work on a plot against him.

Her character is played by Megan Boone, an American actress who previously starred in Law & Order: LA, and Blue Bloods.

The star is on Instagram and she said she was “so glad to be back” for season eight. She also shared a video of her character during filming, saying: “Second day back at work. You guys will love this season.”

Fans are hoping her character realises she belongs with “Team Reddington”, so they will have to wait and see what happens to Keen throughout the season. 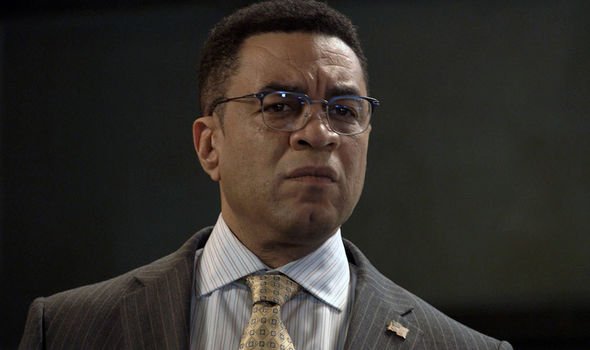 Donald Ressler is another FBI agent who plays by the book, as his policeman father had been betrayed and killed by his corrupt colleague.

He spent many years chasing down Red before he handed himself in, and he hates having to work alongside the ex-criminal.

His character is played by Diego Klattenhoff, a 40-year-old Canadian actor who is known for his roles in Homeland and Radius.

Fans may also recognise him as playing Shane Oman in the classic Noughties film, Mean Girls.

In an interview in April 2020, he said he was celebrating 150 episodes of the series, adding: “It’s kind of surreal because over the years I have seen other shows hit these milestones and it would make me go ‘I wonder what that’s like’.”

There was an episode which solely focussed on Ressler, and he was excited at the prospect of having his own standalone story. 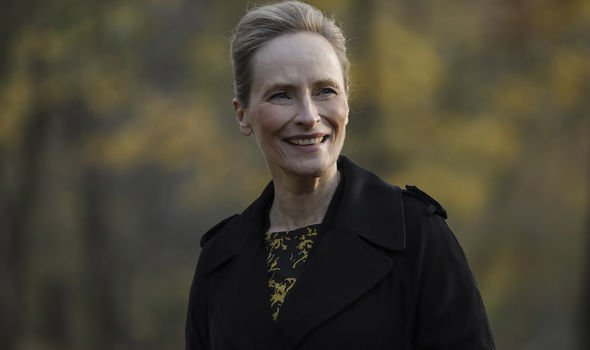 Harold Cooper works for the FBI counterterrorism department and he is in charge of the task force assigned to take down criminals on the blacklist.

He is fascinated with Red’s history, and will often empathise with Red. Red sometimes uses the relationship to his advantage and has threatened to damage Cooper’s career prospects in the past.

His character is played by Harry Lennix, an American actor who is best known for his roles in The Five Heartbeats and Dollhouse.

One of his most iconic roles is as Calvin Swanwick, who is the Secretary of Defence as part of the DC Universe, in particular the Batman v Superman film.

The star is on Instagram and he has started a trend called Fan Art Friday, for which he posts some fan art depicting his Blacklist character each week.

Dominic Wilson is the father of the Russian agent Katarina Rostova, and the grandfather of Elizabeth Keen.

He played a major role towards the end of season seven, when Keen started learning new secrets about Red, but the role has since been recast.

Dominic was played by actor Brian Dennehy since 2016, but he sadly died in April 2020 and Ron Raines was recast as his character.

The show’s bosses Jon Bokenkamp and John Eisendrath said they needed to keep him in the show, now that his character had become so pivotal to the story.

He said they were lucky to have had Dennehy in the show, and they felt his character needed to evolve further in the new season.

The creators had been halfway through telling Dominic’s story, and it was too late to cut his character out.

Eisendrath told Entertainment Weekly: “We were lucky enough to find an actor who did a great job and allowed the story to play out the way it should have, in a way that is hopefully not going to be too jarring for the audience.”

The Blacklist season 8 airs on NBC