ITV reality series The Masked Singer has become a favourite with audiences. The show is an export from the US after coming from Korea. The Masked Singer is a wacky ride for viewers as they try to figure out who each of the stars are under the outfit.

According to the Daily Star, the roster of hidden stars has been leaked with the publication claiming to have seen the line-up.

Express.co.uk has chosen not to reveal the names from the line-up.

An insider told the publication: “Some of the stars are more obvious than others.

“But the fact that fans have managed to work out who Duck and Queen Bee are is quite incredible. They are probably the toughest to guess.” 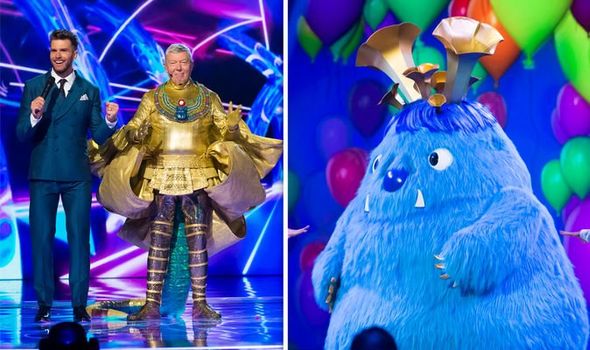 ITV series The Masked Singer has been a hit since starting early in the new year.

The show billed as a celebrity singing competition with a twist sees famous faces performing in elaborate costumes which disguise their identity.

There are a total of 12 stars and each week the line-up is whittled down with another star unmasked.

The Masked Singer was pre-recorded easier this year rather than being live.

ITV took stringent measures to protect the identity of the line-up from being leaked including only a 30-member audience being present for the unveiling.

This means the identities of the celebrities are already known to a handful of producers.

So far three stars have been unmasked with nine celebrities still to go.

Among the names who have been revealed on the show is Patsy Palmer who was unmasked first as the Butterfly, Alan Johnson as the Pharoah and Justin Hawkins as the Chameleon.

The show will see another star taking off the mask this weekend in a big reveal.

There have been numerous rumours flying about around the identity of the stars.

Express.co.uk has approached ITV for comment on this story

The Masked Singer UK continues on ITV on Saturday at 7pm