Home » TV & Movies » The Rain season 3 explained: Does Martin die in The Rain?

Netflix’s science fiction series The Rain made a comeback for one last season. Season three dropped on August 6 with all six instalments available in one go. The final run wrapped up the storyline as fans finally found out what happened with Apollon and the virus.

WARNING: This article contains major spoilers from The Rain

The Rain went out on an emotional yet hopeful note as the loose ends were tied up.

Rasmus (played by Lucas Lynggaard Tønnesen) realised the only way to stop the virus was to sacrifice himself.

He was revealed to be patient zero of the contagion with the purest form of the virus living inside him.

In an emotional showdown with his sister Simone (Alba August), Rasmus realised he could still save the world by giving up his own life in a fitting redemption arc. 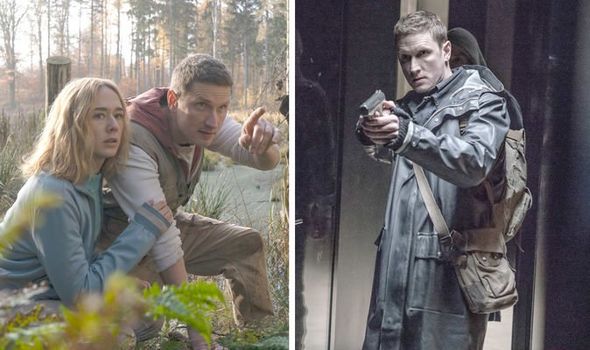 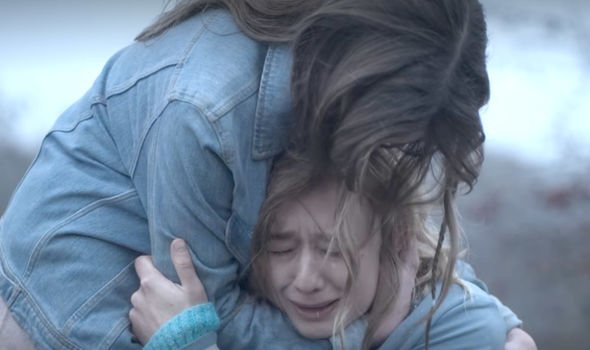 Does Martin die in The Rain?

Along with Rasmus’ demise, there were some other fatalities in season three – most notably Martin (Mikkel Boe Følsgaard).

Sadly, episode five saw Martin dying after he consumed nectar from the flower which fed off the virus.

Martin made the last-minute decision to save his girlfriend Simone after the virus erupted from his body and tried to kill her.

His quick-thinking meant the virus was rapidly killed off and Simone was saved. 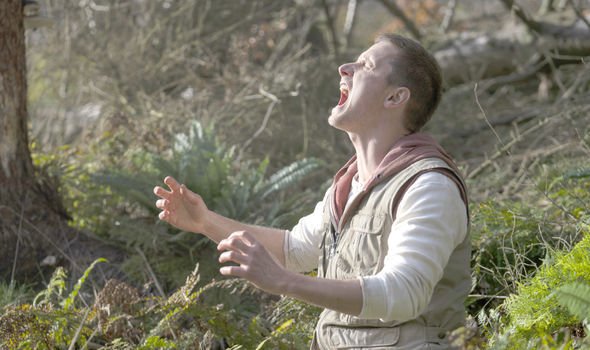 As Martin died, Rasmus could feel the former soldier passing away and held his sister responsible for the death.

Those infected with the virus were locked in a symbiotic relationship whereby they could experience each other’s emotions.

Rasmus could even see through the eyes of another infected person and used it to spy on his enemies.

Simone was left bereft by Martin’s death, which came moments after they couple had confessed their love for each other.

They had been dating since season one and Martin’s death was devastating for Simone.

The season three finale started with the survivors holding a funeral for Martin as he was buried.

In a tragic twist of fate, the only reason Martin had chosen to be infected by the virus in the first place was because he thought Simone was dead.

Had he known his girlfriend had survived her fall from a bridge at Apollon’s HQ, he would never have agreed to be infected by Rasmus. 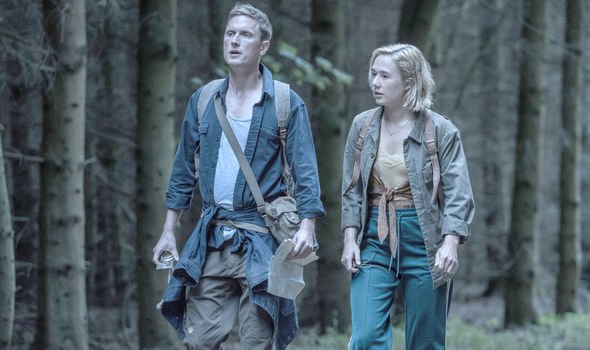 In fact, he would probably have tried to escape from Apollon and get back to Simone.

To make matters worse, he was infected only moments before Patrick (Lukas Løkken) could stop the procedure.

Patrick found out Simone was still alive after a tracker, Martin had previously given her, started working again.

Despite rushing to warn Martin, Rasmus had already filled his body with the virus and essentially and unknowingly served him a death sentence.

The Rain seasons 1 to 3 are streaming on Netflix now