Home » TV & Movies » The Terror season 2: Release date, plot, cast and everything you need to know

AMC is joining the anthology game after it confirmed that The Terror is getting a completely different second season.

The first season told a fictionalised version of Captain Sir John Franklin’s ill-fated voyage to the Arctic in the mid-1800s to find the Northwest Passage. Fans won’t be surprised that the next season will focus on something different, given that the first season ended with pretty much everyone dead. 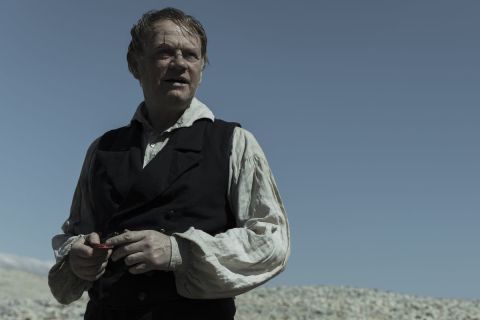 “The Terror has given us the opportunity to take a unique approach to the anthology format. We loved the concept of beginning with an actual historical event and overlaying it with a fictional horror element, and we are immensely proud of this show’s combination of cinematic scope and intimate character work,” enthused David Madden, president of original programming for AMC, SundanceTV and AMC Studios.

But what form will the second season of The Terror take? Here’s everything you need to know.

The Terror season 2 release date: When can we expect it?

AMC hasn’t confirmed when season two will arrive, but if it follows the first season which arrived on March 25, 2018, we could expect to see it premiere in late March 2019 on AMC in the US. 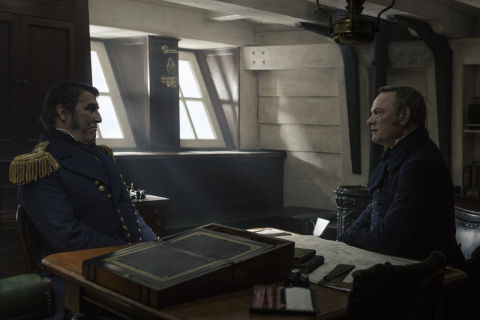 In the UK, the show airs on AMC on BT TV and season one launched on April 24, 2018, so unless it moves closer to the US airing (like it does with Fear the Walking Dead), UK fans might have to wait until late April 2019 for season two to start.

The Terror season 2 plot: What will it be about?

Moving from the mid-1800s, the second season will be set during World War II and will follow an uncanny spectre that menaces a Japanese-American community from its home in Southern California to the internment camps to the war in the Pacific.

It has been co-created by Alexander Woo and Max Borenstein, with the duo also executive producing alongside Ridley Scott. Given that it’s not based on a book like the first season, we can’t yet make any educated guesses as to what the story will be about until more details land. 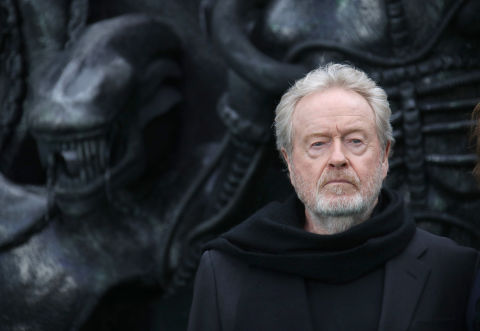 “I’m deeply honoured to be telling a story set in this extraordinary period. We hope to convey the abject terror of the historical experience in a way that feels modern and relevant to the present moment. And the prospect of doing so with a majority Asian and Asian-American cast is both thrilling and humbling,” Woo explained.

Borenstein added: “As a history buff and genre geek (not to mention a conscious American today), it’s clear that truth is always scarier than fiction. This season of The Terror uses as its setting one of the darkest, most horrific moments in our nation’s history. The Japanese-American internment is a blemish on the nation’s conscience — and one with dire resonance to current events.”

If it’s anything like the first season, we can guarantee it will be one thing: utterly terrifying.

The Terror season 2 cast: Who’s in it?

Since season two will focus on a “majority Asian and Asian-American cast”, it’s unlikely that the main stars of the first season will return, so don’t expect an American Horror Story-style anthology where stars return, just as different characters.

However, that doesn’t rule out that we might get cameos from season one’s main cast like Jared Harris, Tobias Menzies and Ciarán Hinds or that they could even play minor characters in the second season. 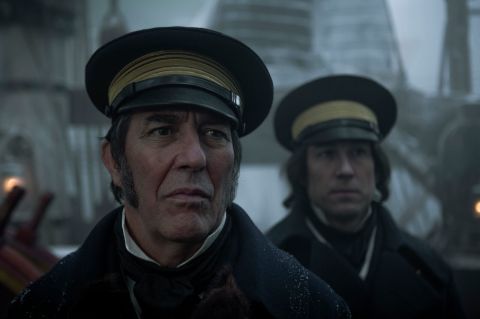 No cast – new or returning – has yet been confirmed for the new season.

We got our first look at season one in December 2017, so we can be hopeful of a similarly chilling festive treat in December 2018, but it will likely just be a teaser with a full-length trailer to follow in early 2019.

The Terror airs on AMC in the US and on AMC on BT TV in the UK.