Home » ‘The United States Vs. Billie Holiday’: Read The Screenplay By Suzan-Lori Parks About Key Chapter In The Life Of The Jazz Icon

EXCLUSIVE: The United States vs. Billie Holiday, Hulu’s dramatic retelling of the “Strange Fruit” singer’s battle against the federal government, originated as a single chapter in Johann Hari’s 2015 book Chasing the Scream: The First and Last Days of the War on Drugs.

When tapped by director Lee Daniels to pen the script, Pulitzer-winning playwright Suzan-Lori Parks transformed Hari’s pages into a screenplay that would weave Holiday’s hits into the scenes featuring Andra Day as the prolific jazz singer. “Suzan-Lori Parks exquisitely structured the songs to tell the story so each song moves our story ahead and tells the situation that we’re in,” Daniels said. “As the story is unfolding, each song is representative of the situation that Billie was going through.”

The United States vs. Billie Holiday takes place in the 1940s in New York and follows Holiday, who is targeted by the federal government in its growing efforts to escalate and racialize the war on drugs, ultimately aiming to stop her from singing her controversial ballad “Strange Fruit.” Holiday’s defiance through music would help usher in the civil rights movement. 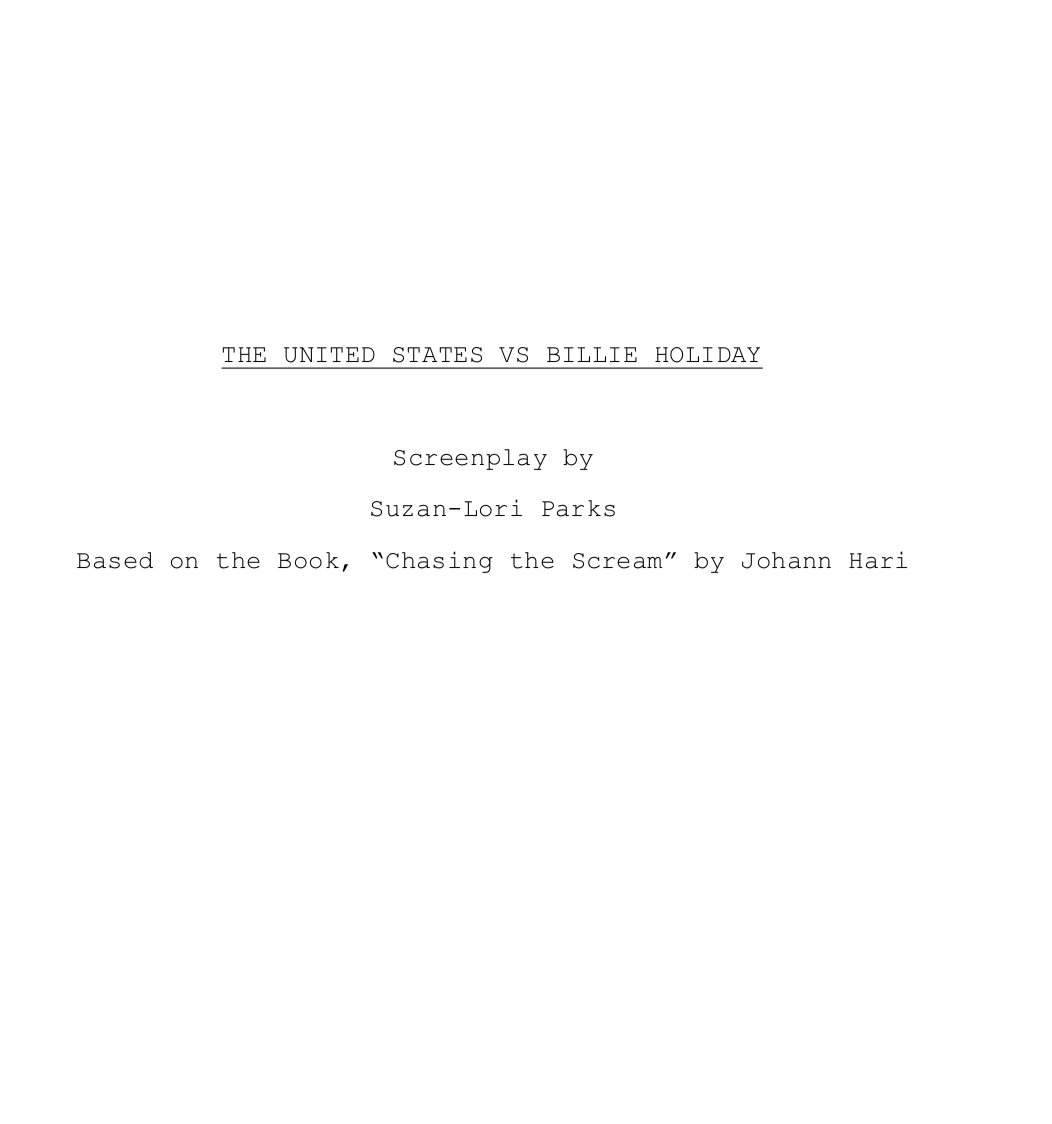 ‘Borat Subsequent Moviefilm’: Read The Screenplay That Put Sacha Baron Cohen Back In The Borat Business

‘Cherry’: Read The Screenplay For The Indie Drama That Is Close To Home For The Russo Brothers

‘Mank’: Read The Screenplay For David Fincher’s Movie About The Writing Of ‘Citizen Kane’ Penned By His Father