Simon Cowell is the only returnee, with ex-One Direction star Louis Tomlinson, Loose Women’s Ayda Field and her husband Robbie Williams joining the show boss – and it ticked on as you’d expect. 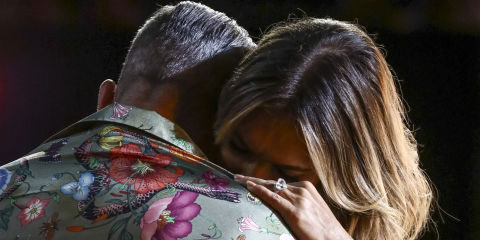 There were yeses, nos, Robbie duetting on ‘Angels’, and a songwriter/popstar performing her own hit single that actually got to number one only a couple of decades ago (Livin’ Joy’s Janice Robinson doing ‘Dreamer’).

And with a judging line-up like this, there’s obviously only one way of getting to the audition rounds. Yep, inspired by the likes of James Corden, Jerry Seinfeld, Peter Kay and Robert Llewellyn, our judges did their bit for the environment by carpooling.

In the clip, which will air during tonight’s (September 2) episode, Simon and Louis and Robbie and Ayda paired off to make their way to the auditions and listened to some tunes along the way, including One Direction’s ‘Live While We’re Young’ and Dolly Parton’s ‘9 to 5’.

Well, Robbie and Ayda presumably live together so them sharing a car wasn’t all that surprising, we did enjoy their spot-on car performance of Dolly.

And seeing Simon and Louis rabbiting on about the car playlist was weirdly a lot more fun than it sounds too, especially with Louis admitting it was “weird” to hear the old songs.

“Every time I hear one of your songs, I always feel proud about it,” Simon added. “It always brings back good memories.” 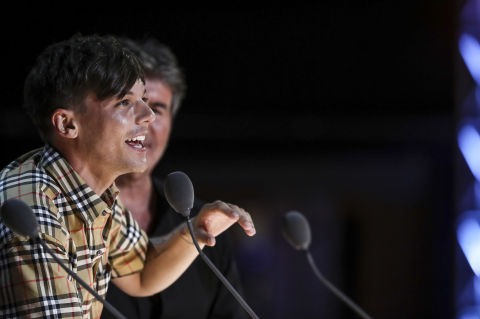 Louis recently opened up about his relationship with his former mentor, and how Cowell helped him after the tragic death of his mum two years ago.

“He’s one of the people I take advice from and speak to in those moments,” Tomlinson said. “I’m really lucky I’ve got such a good relationship with Simon.”

The X Factor continues on Sunday, September 2 at 8pm on ITV.