Home » TV & Movies » 'This Is Us': Will Randall Die? The Intruder Has Fans Freaking Out About the Aftermath

[Spoiler alert: This Is Us Season 4.] Sterling K. Brown was right — we weren’t ready for the This Is Us Season 4 winter premiere. The cliffhanger at the end of the episode left fans screaming as Brown’s character, Randall, stopped dead in his tracks when an intruder appeared in his Philadelphia home. But will Randall die on This Is Us? In the heat of the moment, viewers forgot a few key details and frantically reached for their phones to ask how Randall, Beth (Susan Kelechi Watson), Deja (Lyric Ross), Tess (Eris Baker), and Annie (Faithe C. Herman) survive in the next episode.

What happened to Randall in the ‘This Is Us’ Season 4 winter premiere?

The midseason premiere of This Is Us Season 4, titled “Light & Shadows.” opened with Randall visiting Rebecca (Mandy Moore) in Los Angeles to get an official diagnosis. In the end, the family learns Rebecca has mild cognitive impairment (MCI) and will need to undergo more testing.

Of course, fans were devastated by the news. And it only gets worse. When Randall makes it home to Philly, he checks upon Beth, Deja, Tess, and Annie, who are all safe and sound asleep. It’s clear Randall is still reeling over his mother’s diagnosis. But now, it’s the least of his worries.

As Randall walks downstairs for some water, he sees a stranger in a hoodie, standing in the kitchen with a knife in hand. The episode ends in silence with Randall facing the intruder.

Then in the preview for the next episode, titled “A Hell of a Week: Part One,” the NBC drama picks up where the winter premiere left off. And it’s just as terrifying as anyone would imagine. After scenes of Randall’s past anxiety and fears flash by, Randall faces off the intruder, making it clear he is ready to protect his family at all costs.

“You will not get past me,” he declares.

Does Randall die protecting his family on ‘This Is Us’?

Hosts with the most. ? #ThisIsUs | ?: @sterlingkbrown

Unless the This Is Us team is playing a cruel joke and the Randall in the season 3 flash-forward is just part of Rebecca’s imagination — or something to the same degree — then don’t fret. Randall survives, living on past the intruder for years to come.

And when speaking with Entertainment Weekly, executive producer Isaac Aptaker promised the next episode of This Is Us Season 4 doesn’t end with Randall’s death.

“I would hope that audiences trust that we’re not going to have Randall murdered in his own home,” Aptaker said.

Meanwhile, some fans wondered whether the intruder will end up attacking Beth, Tess, Deja, or Annie. That said, some fans eliminated Beth and Tess, as we’ve seen them in the flash-forward sequence.

“It has to be Deja or Annie if it’s something serious,” a fan wrote on Twitter. “We’ve seen Future Beth and Future Tess.”

But even so, creator Dan Fogelman already cleared Annie’s safety in the future. In an interview with the Los Angeles Times, Fogelman said viewers always seem to think a character is dead if they aren’t in a scene. However, in some cases, fans shouldn’t be worried.

Although it’s unlikely someone is murdered by the intruder on This Is Us, the situation will still have repercussions on Randall and his family. In the above interview with Entertainment Weekly, Aptaker revealed how triggering the encounter will be on Randall’s mental health.

“We’ve seen in the first half of the season and this first episode back, Randall’s slate is getting so full and it’s just getting even fuller,” he said. “Now he’s taking on his mother’s mental health issues and whatever’s going on there, and we know that that hits him so hard. That relationship is so important to him. On top of everything that’s going on with his work and his own immediate family, the pressure is just cranking up.”

Aptaker continued: “Now he’s returned home from this emotional trip, and there’s a man standing in his kitchen. And it is going to be the straw that leads to Randall to have to re-evaluate what’s going on with his own mental health and how much he can handle.” 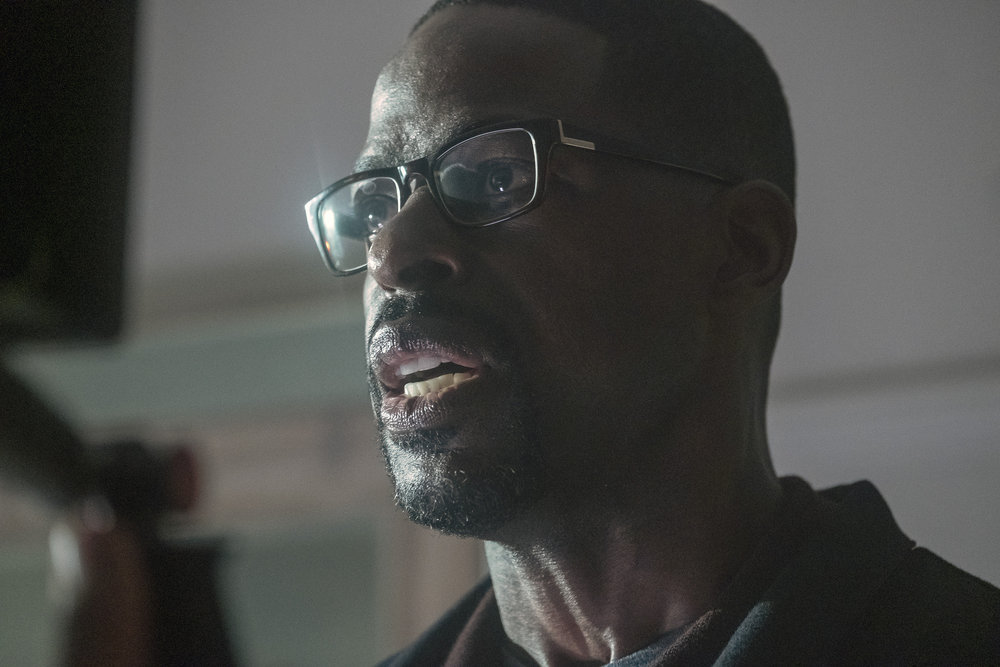 Then prior to the This Is Us midseason premiere, Watson touched on Randall’s mental health. She also explained how the storyline will be handled by the whole family.

“How can we start to work through this? Because … if Randall can’t [take care of himself properly] Beth has to carry more of the load. That’s not going to work anymore,” Watson told The Hollywood Reporter. “It’s untangling these original paths that they have created and forged in this family. How do we rewind and go, ‘okay, how do we do this going forward in a more healthy way for the both of us and for the kids?’”

Clearly, there is plenty to unravel when This Is Us returns on Tuesday, Jan. 22. We’re relieved to hear Randall is safe. However, we know the journey ahead will be difficult. So stay tuned.

Read more: ‘This Is Us’: This Randall and Kevin Theory Will Leave You Devastated