Designer Kelly Hoppen had been brought in while the pair were on holiday to bring a bit of sparkle to the daytime hit's set. 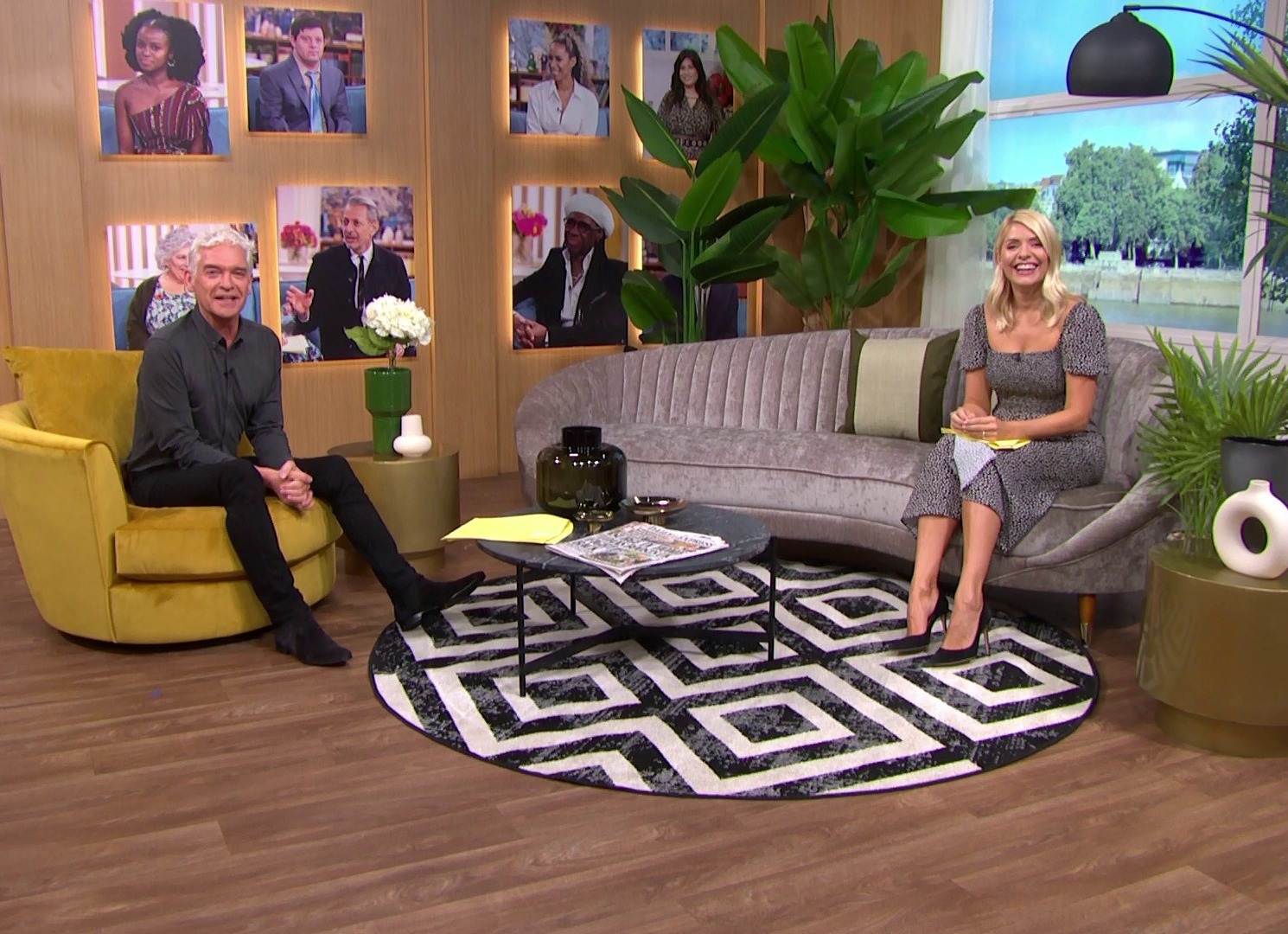 The pair revealed the work that had been done on the set, with a new grey sofa, a black and white rug and a yellow chair.

Phillip, 58, demonstrated how he would be able to conduct interviews with people on both sides by simply spinning around.

Channelling a 007 villain, Phillip cackled while stroking an imaginary cat, saying: "What I love about this is I can spin. I've been expecting you, Mr Bond."

Marvelling at the new sofa, Holly added: "It does sort of snug itself in there. This is nice actually." 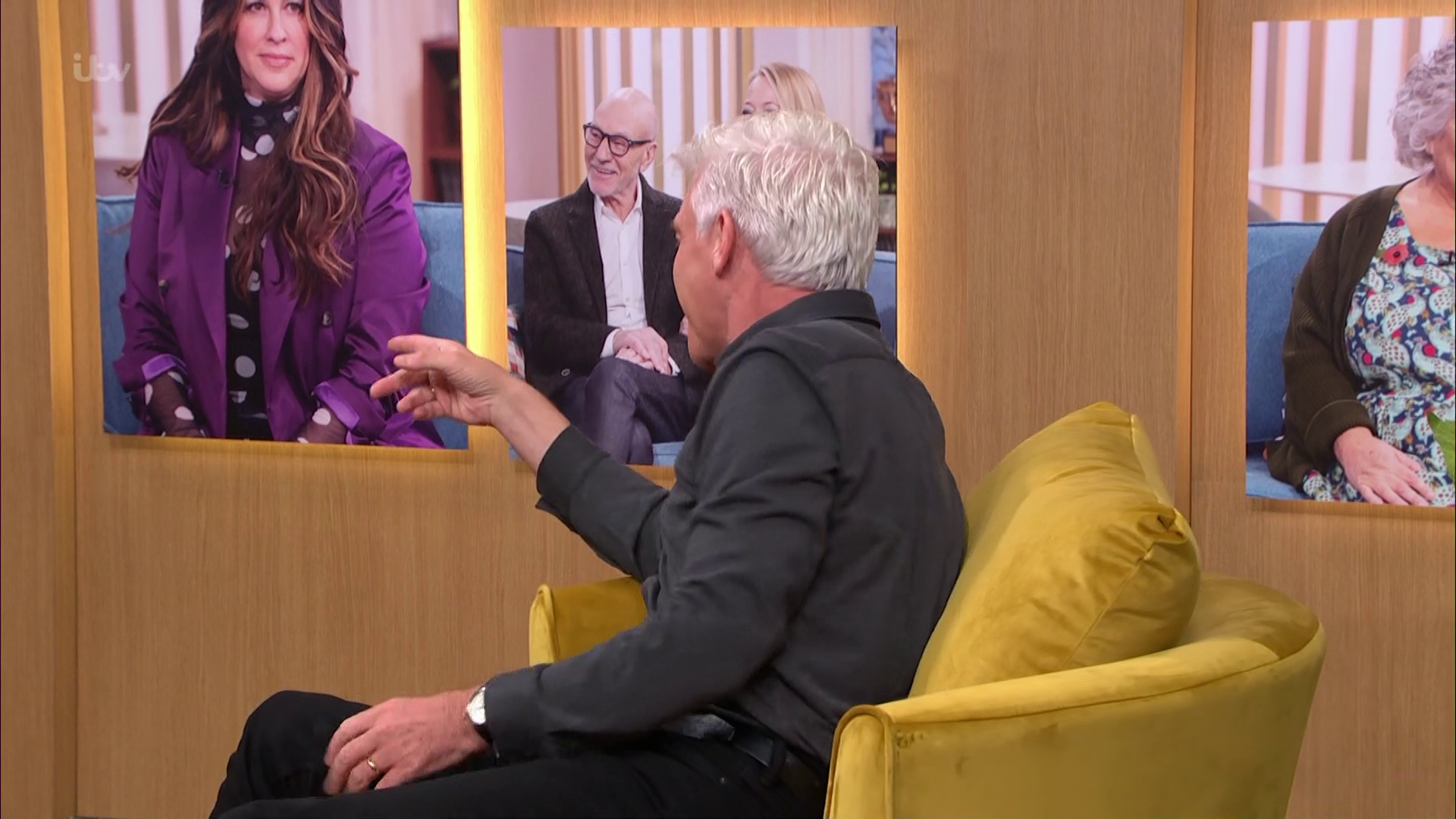 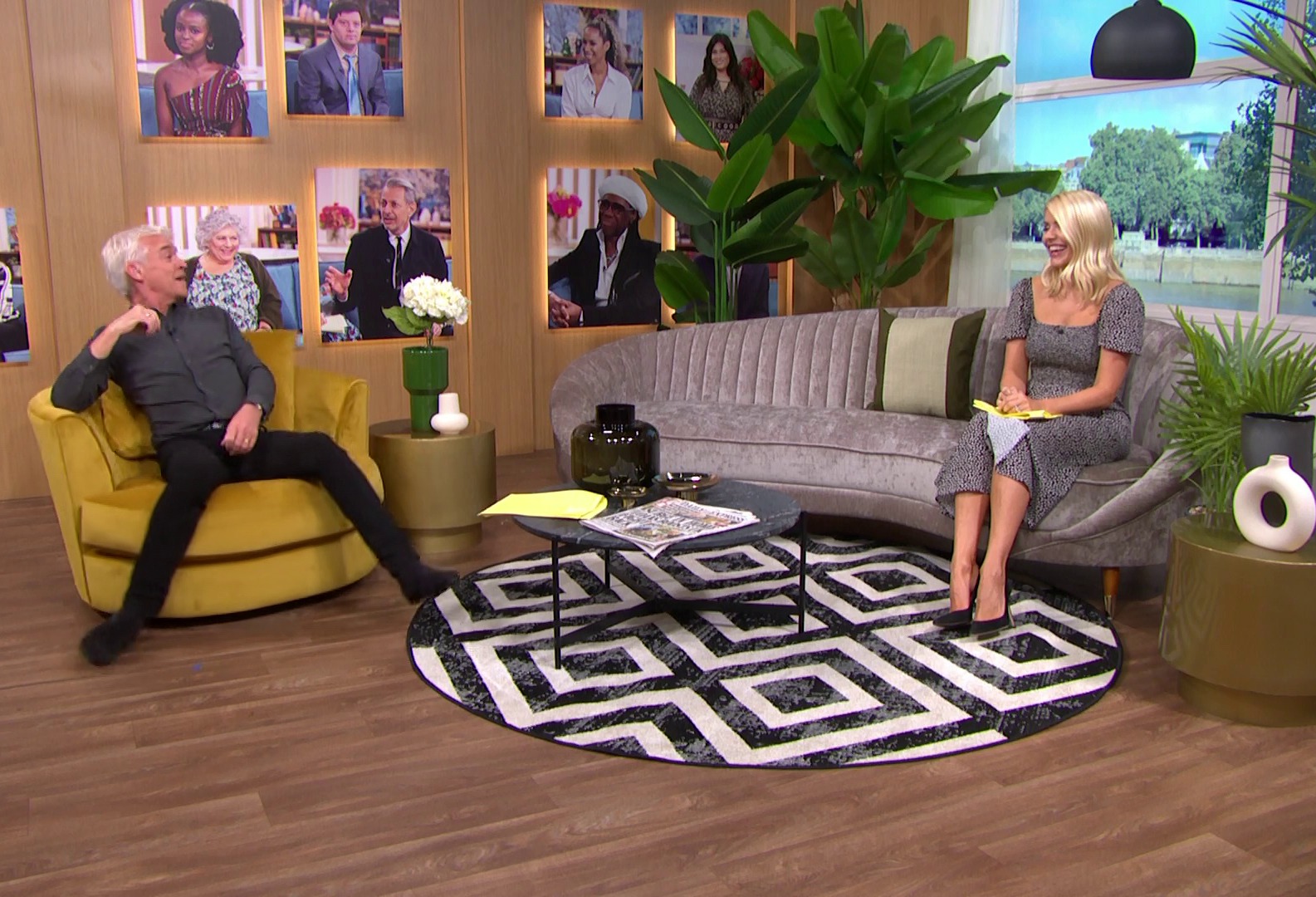 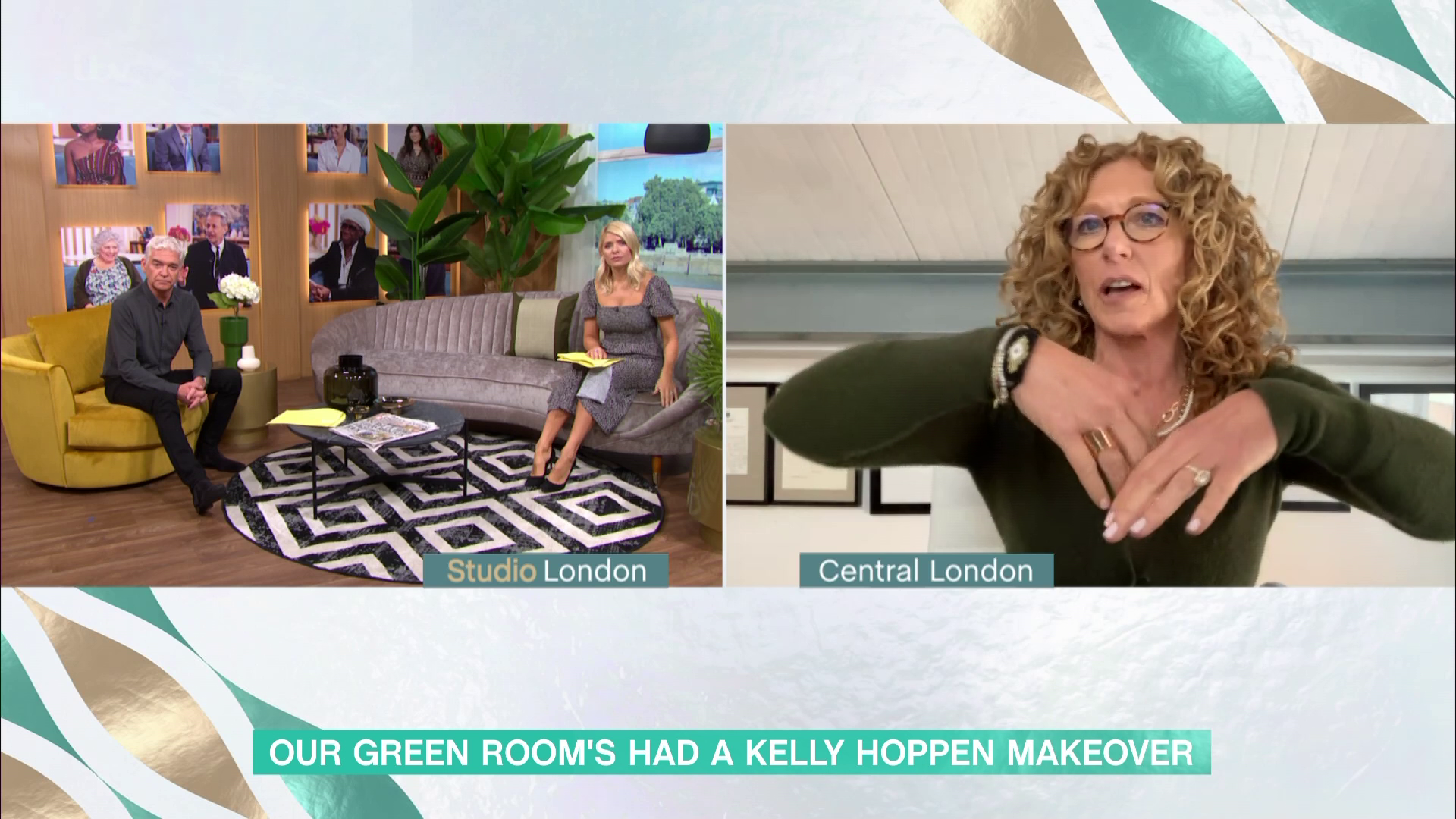 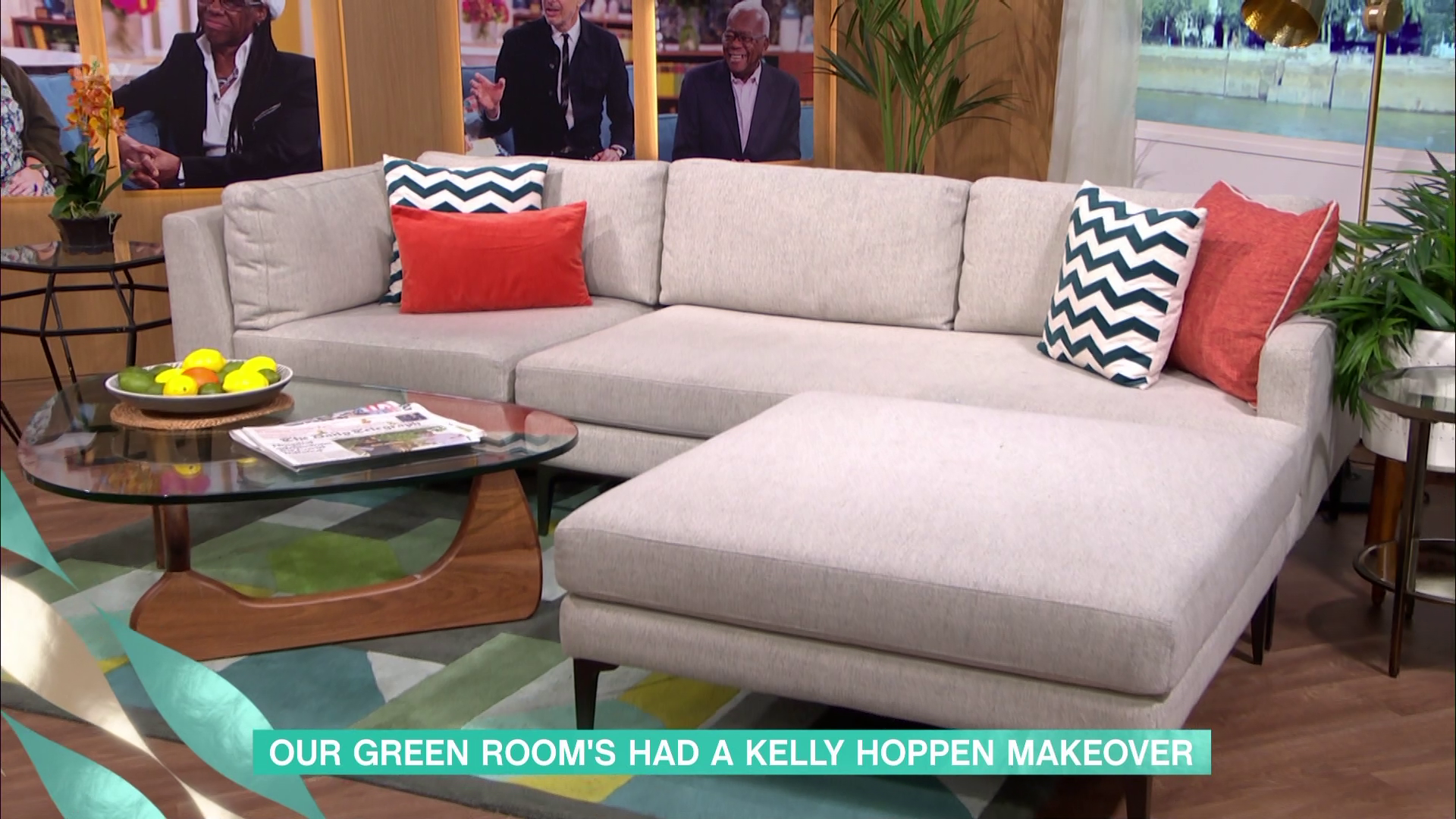 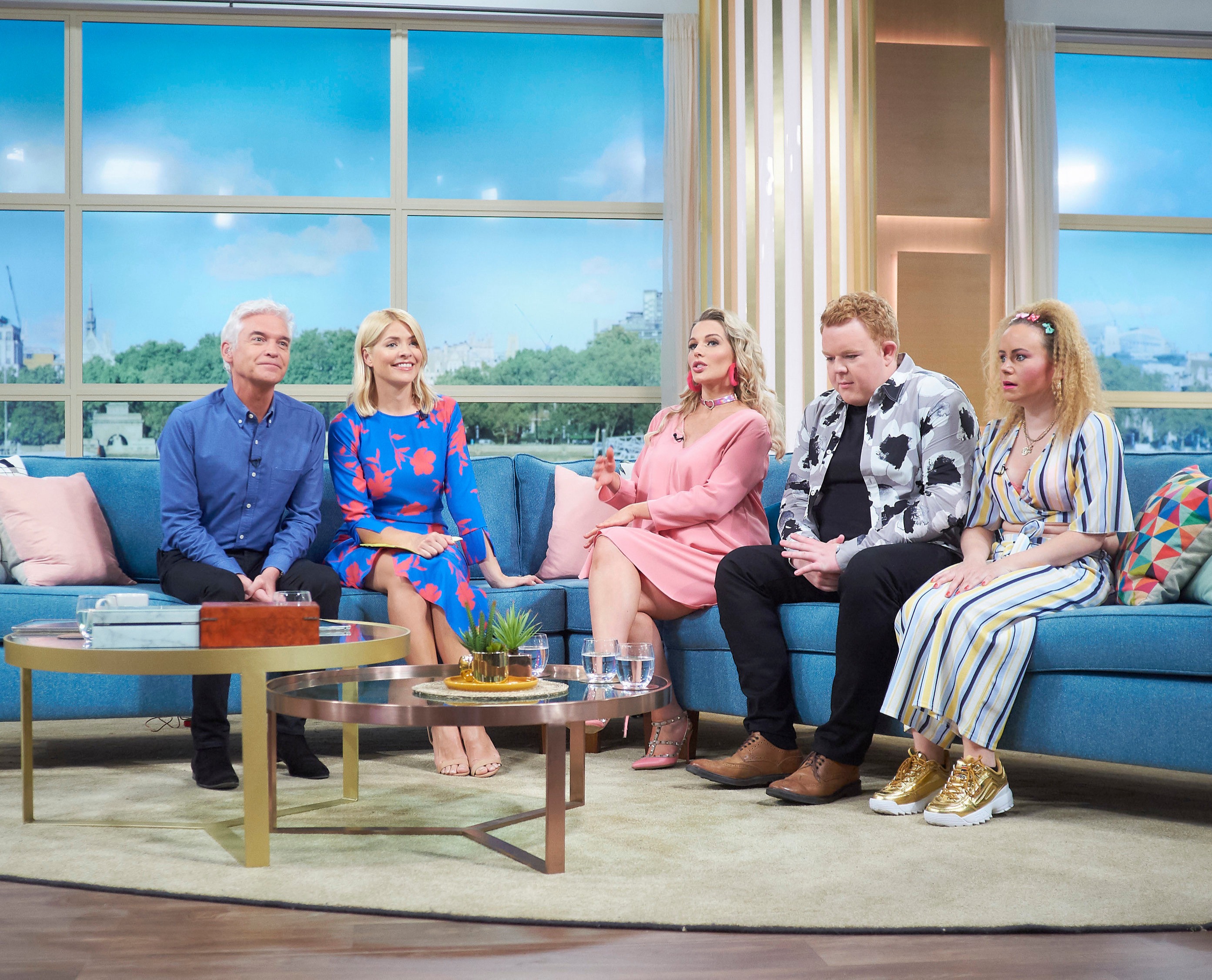 Kelly, appearing via video-link from central London, told the pair: "I think it looks really good.

"When you have an awkward space we try and fit square things in.Actually there are so many pieces of furniture now that are round."

The area had previously been the green room and featured a dreary square beige sofa.

It was unwittingly revealed by Alison Hammond when she gave fans a look behind the scenes on This Morning back in July.

However, Kelly had not overhauled the main This Morning sofa – though given her disdain for the styling, it sounded like she would like to.