THIS Morning's travel expert Simon Calder has been slammed online for "encouraging viewers to break quarantine" – with host Ruth Langsford forced to cut him off.

The 64-year-old travel pro was branded a "danger to public health" as horrified fans watched in shock while he shared loopholes surrounding the new 14-day quarantine Brits face after travelling to Spain. 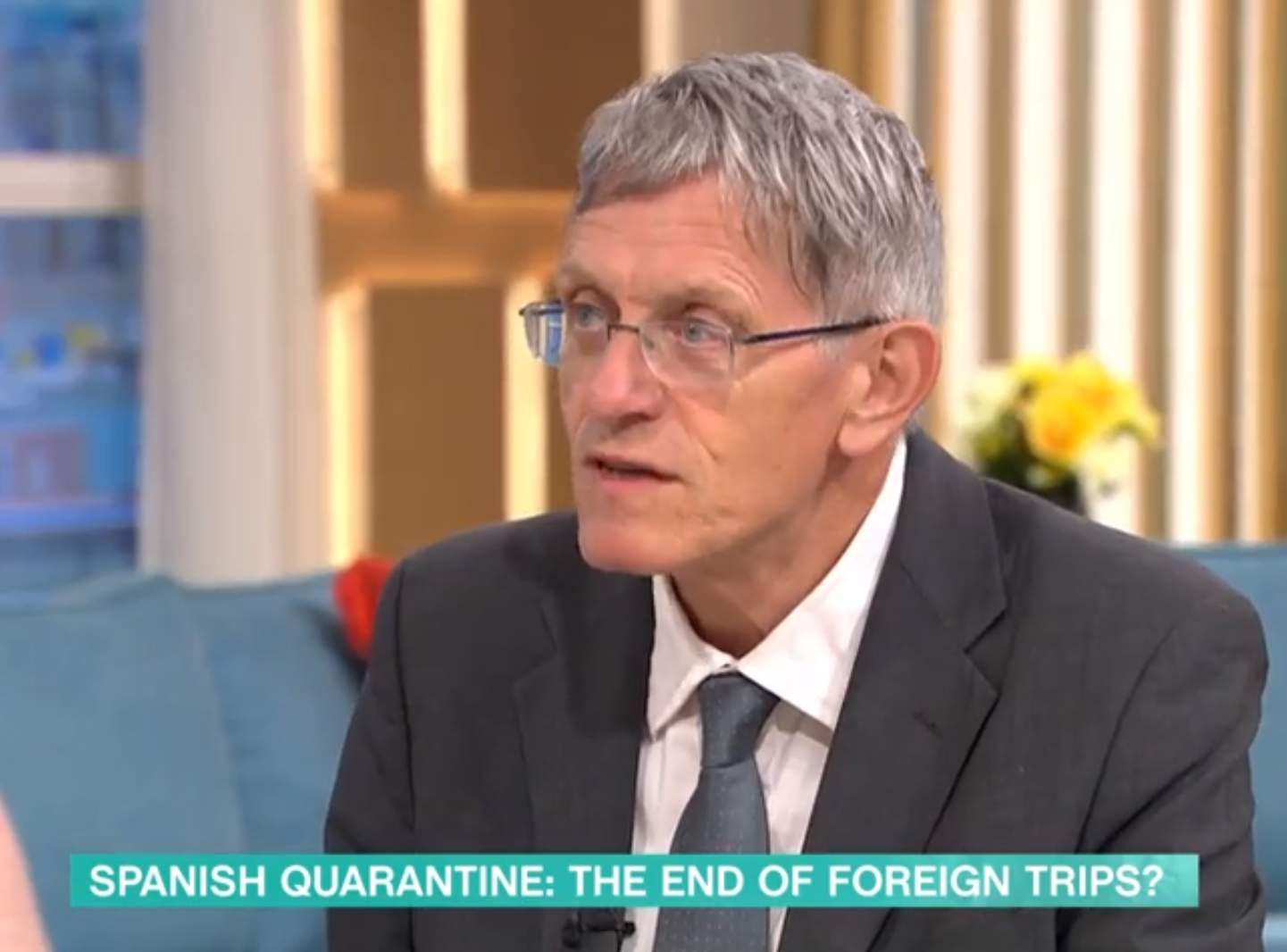 It was announced over the weekend that as of yesterday anybody returning to the UK from mainland Spain or its surrounding islands must self-isolate for two weeks to avoid the spread of deadly coronavirus.

On today's show, Ruth and her husband Eamonn Holmes asked Simon to explain the new rules to viewers – but were stunned when he repeatedly promoted ways that people could flout the rules.

He even suggested that tourists returned to their home, packed a bag, and went straight to France for another holiday, without quarantining in between.

Eventually, Ruth interrupted Simon's remark, sternly saying: "It's a grey area, and as a programme we have to go with the government advice, which is if you're coming back to Spain you have to quarantine for 14 days." 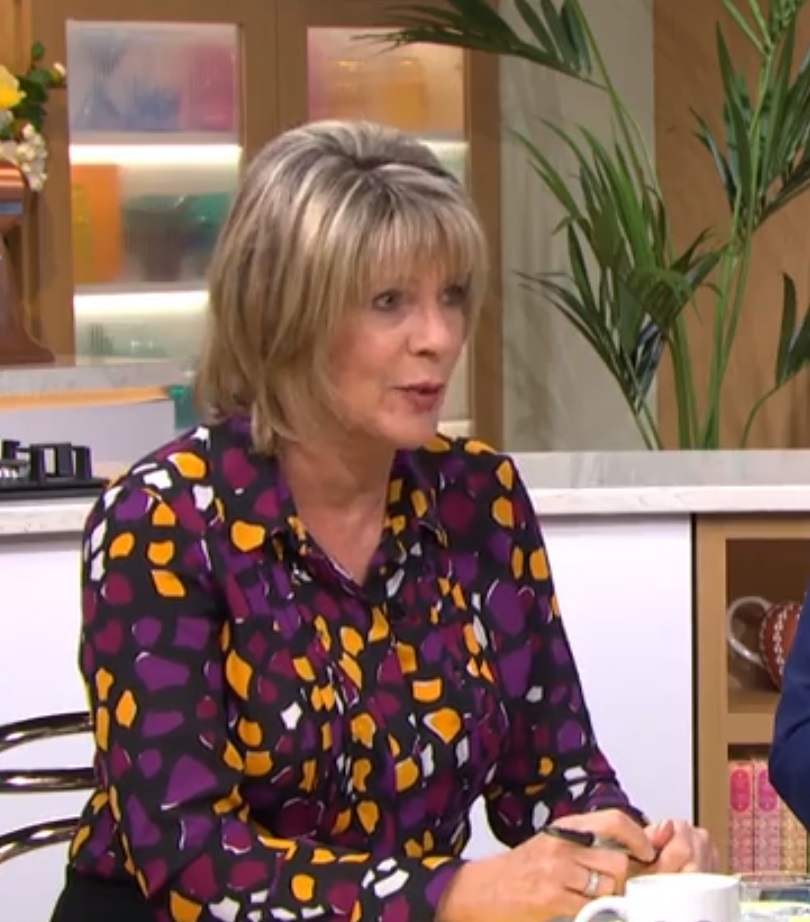 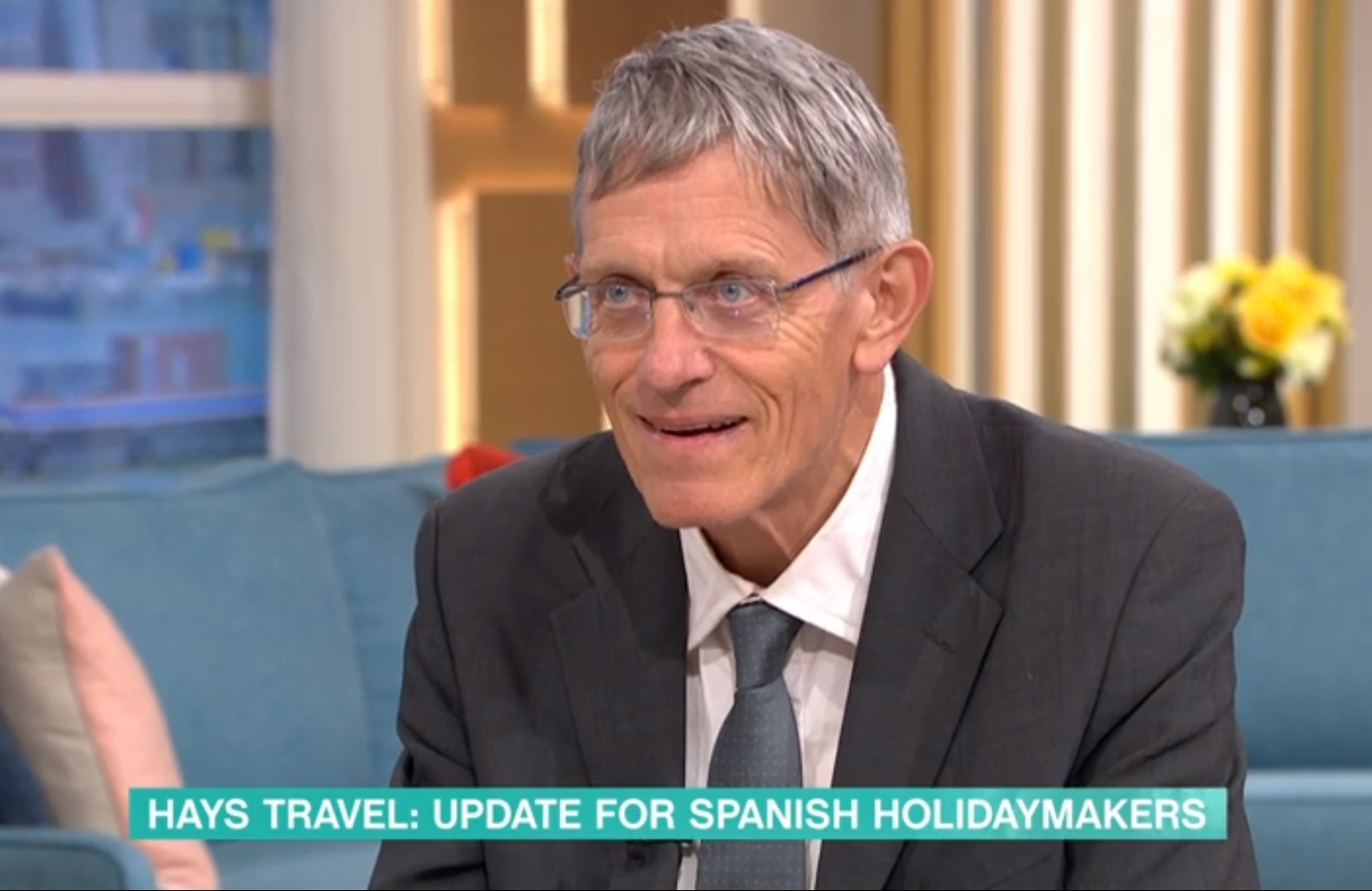 Simon looked sheepish as he tried to argue that it was all on official websites, with Ruth hitting back: "It's up to people to have a look at that and make their own minds up."

Viewers heaped praise on the presenter for the dressing down, while slamming Simon for his "irresponsible" advice.

One wrote: "Hey, @thismorning don’t invite Simon Calder back, he’s a danger to public health and encourages people to spread coronavirus across Europe.

"A deeply irresponsible man and shill for the travel industry with no morals." 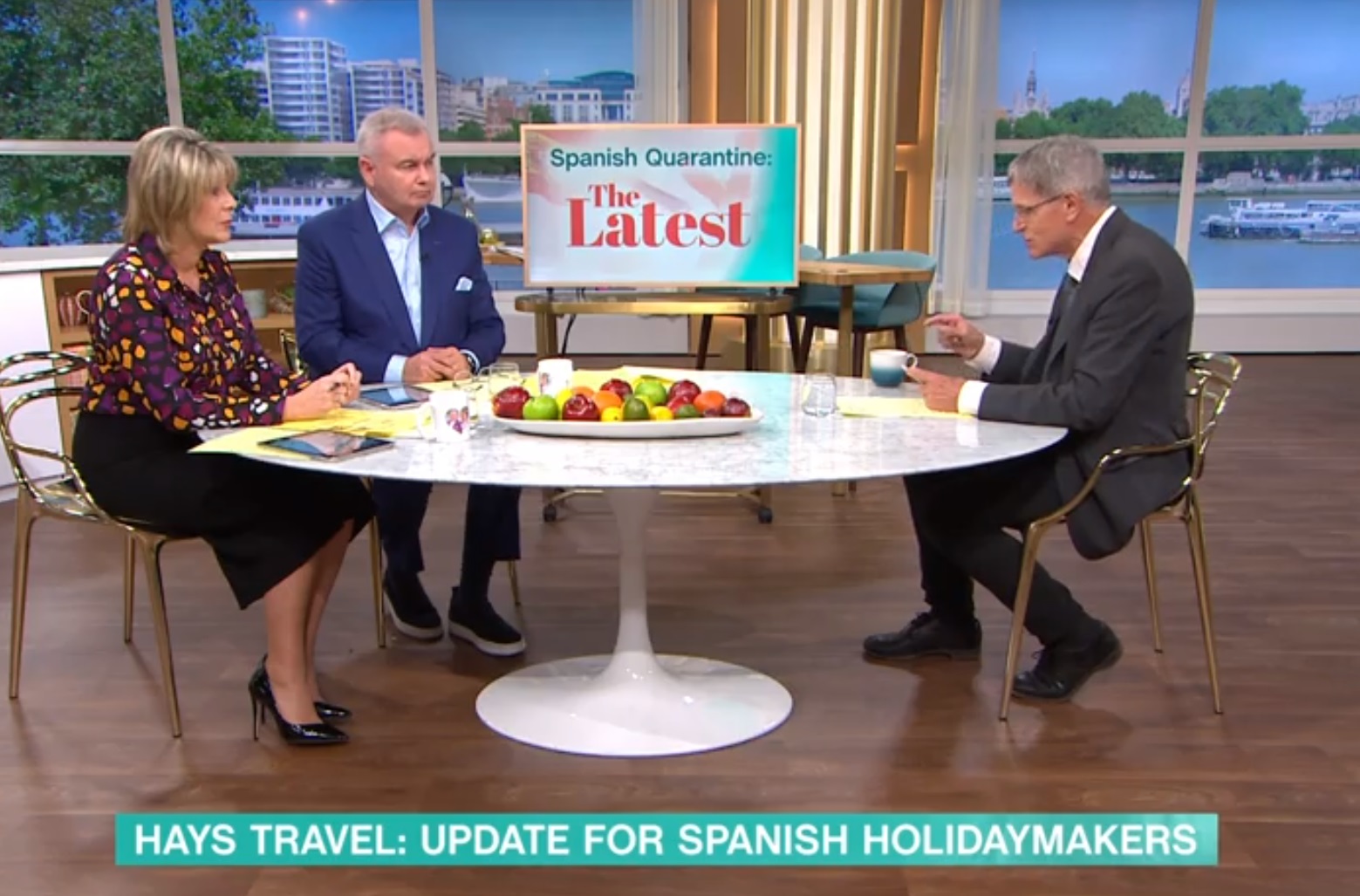 Another seethed: "Is this guy for real? His mania for going abroad has seriously clouded his judgement.

"We are in the middle of a pandemic and he is acting like the Delboy of travel and getting around the rules."

A third said: "Nice one Ruth. The guy is reckless and needs to be off the air. Terrible advice on loop-holing."

The Government removed Spain from the safe list of countries on Saturday, and said anyone returning would have to stay home for a fortnight or risk a £1000 fine.

Brits have been advised against all but essential travel to mainland Spain thanks to a spike in infections.

Foreign Secretary Dominic Raab admitted that more countries could be removed from the travel safe list at short notice – risking quarantine on their return.

How coronavirus has crippled the travel industry