Five years ago, Topher Grace looked at his bank account, and he was actually satisfied with the number he saw.

After spending eight years on That '70s Show and starring in commercial films such as Spider-Man 3 and Valentine's Day, he'd built up a solid chunk of change. Plus, he'd recently met the woman he was going to marry, and he was feeling more comfortable in his skin – like he didn't have to impress anyone any more. So he decided to set up a call with his agents and managers.

"I really don't want to do anything that's not with an auteur filmmaker," he told his team. "Or at the very least, a filmmaker that I'm really, really excited about."

Their response was muted, Grace recalls. 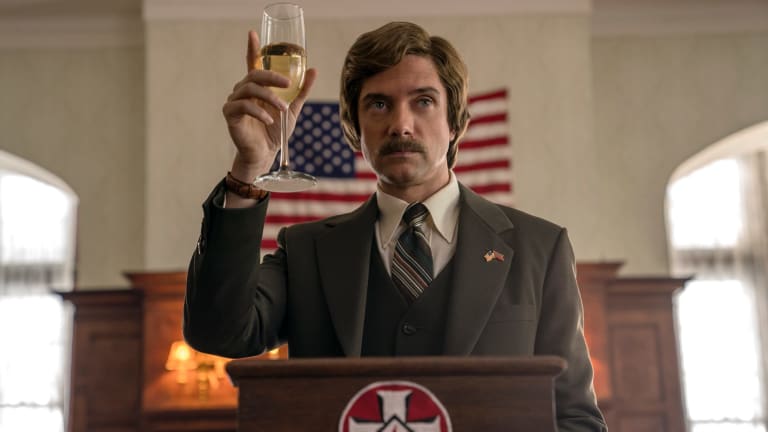 "Cool! Let's just do one more for money," he says they suggested. "You know, one for them, one for us?"

But it was at the Cannes Film Festival in May that the 39-year-old felt confident he'd made the right decision. The actor appeared in the only two American films in competition for the Palme d'Or, David Robert Mitchell's Under the Silver Lake and Spike Lee's BlacKkKlansman.

His role in the latter earned him particularly strong reviews: He plays a young David Duke, then the Grand Wizard of the Ku Klux Klan, who is fooled into becoming friends with a black cop he believes is white. 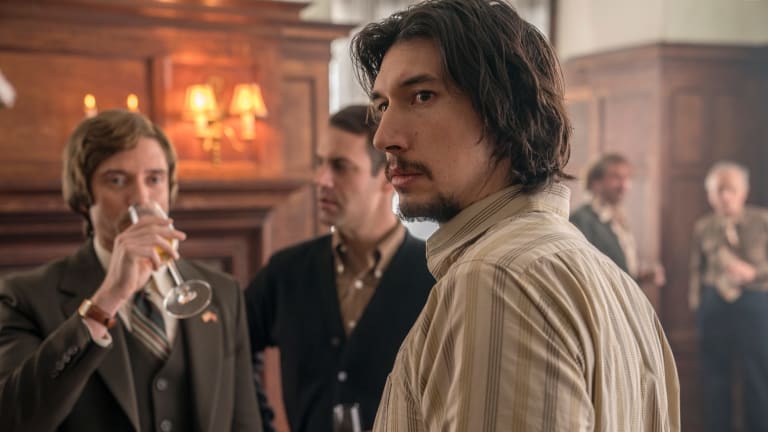 Topher Grace, left, and Adam Driver, right, in a scene from BlacKkKlansman.

Even before the film premiered at the prestigious festival, movie fans seemed surprised to learn that the goofy dude from Win a Date with Tad Hamilton! had taken on such a serious role. When the trailer went up online, the Twittersphere was animated: "Topher Grace as David Duke? This movie is gonna be wild," tweeted one.

"It's hard to know what you are as a product, but whatever I was, I don't think anybody thought it was playing David Duke," says Grace. "I think there's kind of a feeling of, like, 'He can't do that.' A lot of actors think, 'Oh, maybe it's bad for my career to play someone who's evil and they might think I'm bad.' But I don't care. I really don't care." 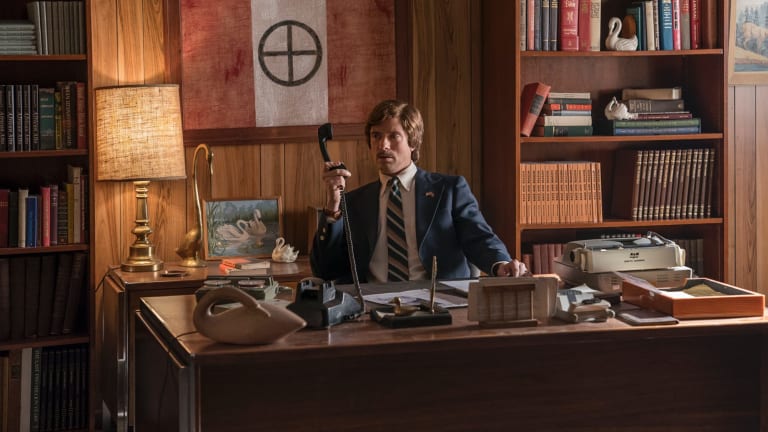 Grace's reinvention began on Christopher Nolan's 2014 sci-fi film Interstellar. He had only a small supporting role, but the experience felt revelatory.

"The time I spent there was so much better than doing 10 of these other movies that I had done, and I knew: 'This is just it. I have to work with people like this,'" he says.

Grace went on to co-star with Cate Blanchett and Robert Redford in the 2015 journalism film Truth, and last year he was part of David Michod's War Machine with Brad Pitt. So when he received the script for Lee's latest project, he just hoped there would be something in it for him. After reading the BlacKkKlansman script, he thought he might have a take on Duke. He liked how Lee depicted the KKK leader as evil but still poked fun at him. And when he googled "David Duke 1973," he thought he bore enough of a physical resemblance to the guy that he could pass off the role believably.

"So I called my agents, and they were not unsupportive but just weirded out by it," says Grace, with a laugh. "They told me I'd have to come in and read for Spike, and absolutely. I certainly have a lot of friends who won't audition as a rule. But I don't care at all. I wouldn't have gotten it if I didn't."

He spent the next few weeks diving into Duke's mind – a process he found uncomfortable. He listened to the KKK veteran's daily radio show, watched his appearance on the Phil Donahue show and read his autobiography, My Awakening: A Path to Racial Understanding.

"I had a lot of difficulty preparing for the reading," Grace says. "Those are words that I just don't say and words I don't even think. So to be saying them even in the privacy of my own office at home felt like some kind of betrayal to myself."

"He's very even-tempered, which is really scary," he says of Duke. "He was very charismatic, very intelligent. And you know, a lot of the worst leaders of all time have been very charismatic and media-friendly."

When Grace eventually walked into the audition room, he says, he was open with Lee: "I'm sorry, I'm sure you've heard this before – maybe every actor has come in here saying this – but I just have to tell you how hard this is and how terrible this is."

Lee told the actor that Duke's words were in service of the film's larger message, which made Grace feel more at ease. And he won the part.

On set, Grace and Lee established an easy rapport, and the vibe was oddly lighthearted – the filmmaker had a deft touch, offering the actor only "two or three directions".

"Certainly I was feeling like, 'These are muscles you haven't used before,'" Grace says. "Duke] is not a great person, or even a good person, but the role is delicious. You pray for roles like that as an actor, where you can just kind of sink your teeth into it."

With Cannes now tucked under his belt, what's next for Grace?

"I think I have the ability to say I want to try different things now, because I've been in the industry for a while," he says.

"I just wanna work with people who are inspiring to me and I'm inspired on the set. Does that sound too – you know what I mean? – I really mean that. I'm trying to really stay in the moment and think: 'Look where this led you.'"