Walk The Line viewers were left stunned as champion Ella Rothwell decided to ‘cash out’ of the competition with £40,000.

Hosted by Maya Jama, the Simon Cowell-produced show sees groups of contestants battle it out to win the £500k prize money.

Ella had sailed through four nights of the ITV reality series after wowing the audience with her stunning performance in episode one. With each round, she decided to ‘walk the line’ rather than ‘cash out’ with the prize money that was on offer.

However, she came up against her biggest contender so far on Wednesday with Nadiah Adu-Gyiamfi leaving the audience mesmerised with her performance of Desiree’s classic ballad Kissing You.

After performing again with a song she had written herself, Ella realised Nadiah was strong competition and chose to bow out of the competition with the £40k that was available, rather than take a risk and walk the line closer to £500k. 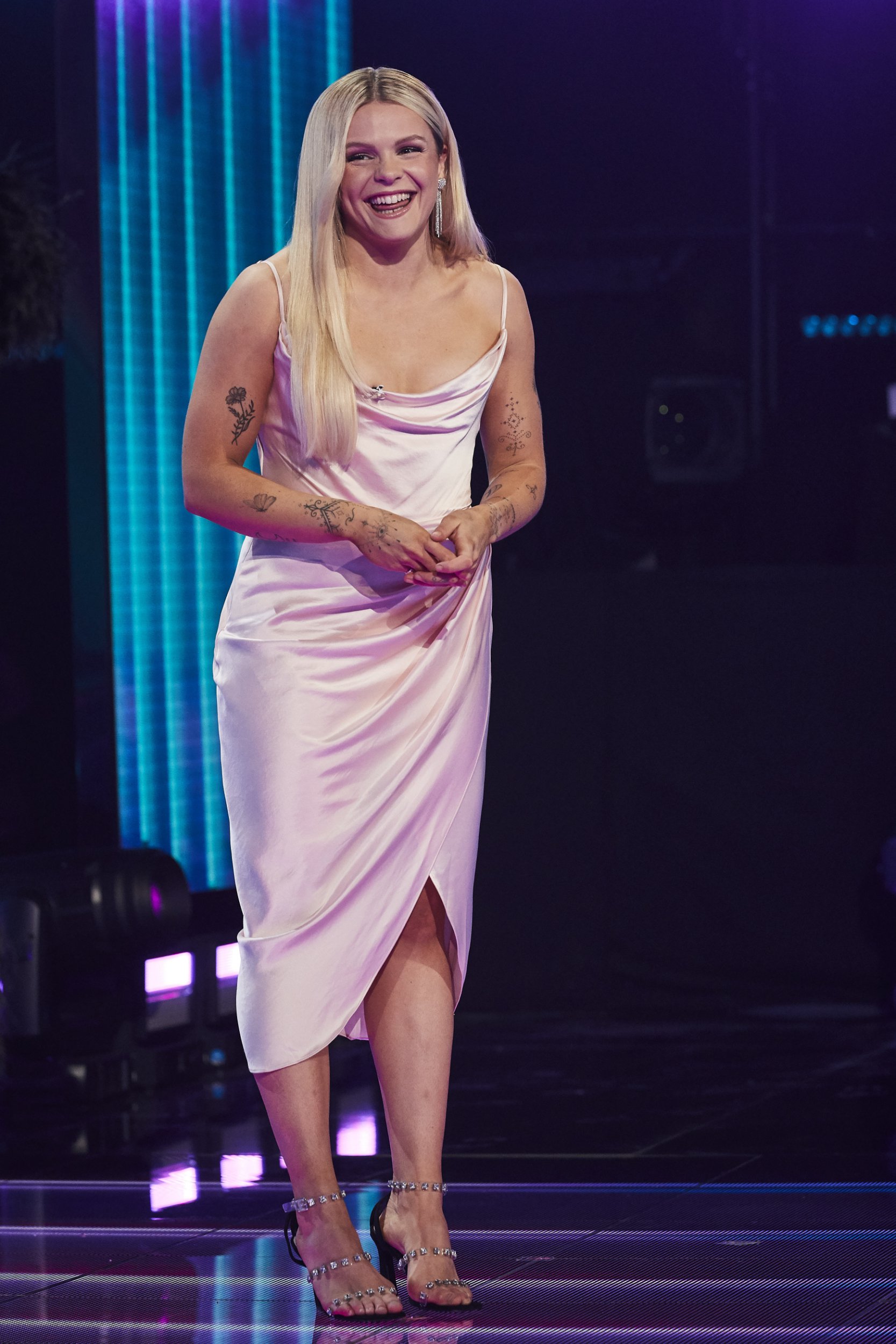 It turned out she made the right decision as host Maya revealed Nadiah had received the most votes from the audience. Therefore if Ella had walked the line, she’d have chosen the wrong answer and gone home with nothing as Nadiah was favourite.

Reacting to the result, Ella said: ‘I honestly had the ebay time, I’ve had so much fun I’ve learnt so much I’m so grateful for this whole thing.

She added: ‘It feels amazing, I feel like I knew deep down my time [had come], I’m so grateful but I’m glad I made the right decision.’

Nadiah, who is the first challenger to knock Ella off the champion’s chair, was so overwhelmed with emotion she could only muster up a short response, saying: ‘Thank you to everyone who voted.’

Reacting to the shocking twist, one viewer tweeted: ‘Win win. I have loved watching Ella each night I could not bear her going home with nothing. And I loved Nadiah tonight too another singer I am really moved by and really want to hear more from.’

Another said: ‘Ella was incredible on #WalkTheLine well done for cashing out at the right time.’

‘yess stunning voice, well done Nadia well deserved to go through,’ one other weighed in.

One viewer commented: ‘Ella knew exactly when to go and was rewarded not only with the money but by the exposure this week. I can’t wait to hear more from her, and I am so excited to see more from Nadiah in this competition.’

It comes after viewers complained that it appeared the show’s concept had been set up in favour of Ella, who had the upper-hand in the previous episodes.

Walk The Line continues tomorrow at 8pm on ITV.