Ted Lasso is the critically-acclaimed Apple sitcom that is credited with catapulting Hannah Waddingham’s career. Waddingham plays Rebecca Welton in the sports comedy-drama that scored a total of 20 nominations this year. Fans immediately took notice of the actor who is the cunning owner of AFC Richmond. Within her role, she is able to emotionally captivate the audience, which has the fan base yearning to see more of her past work in movies and TV shows. 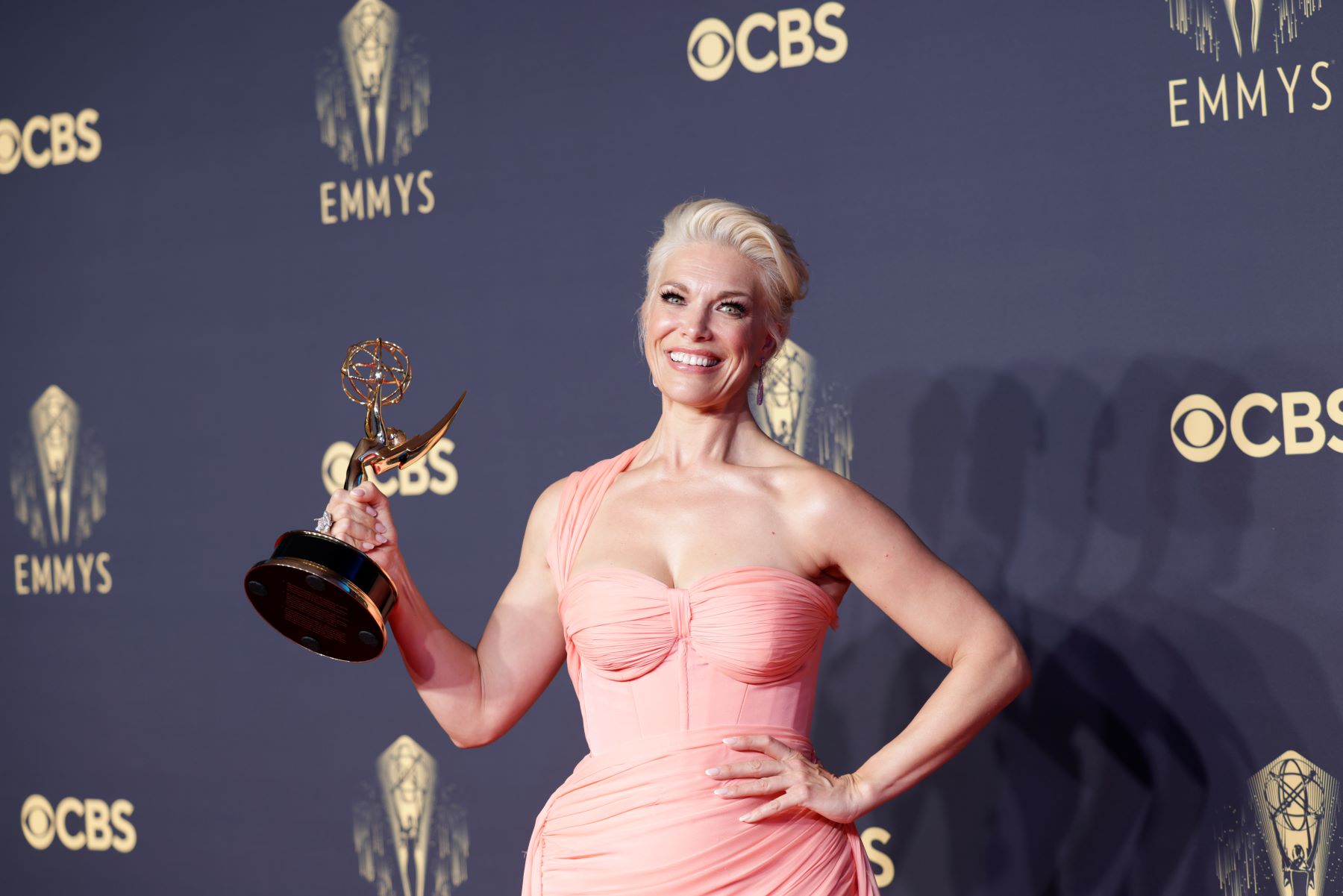 According to IMDb, the 47-year-old London native was first known within the theater world before becoming famous on the big screen. Within the theater, she plays Desiree in A Little Night Music and The Lady of the Lake in Spamalot. She also graced the Regent’s Park Open Air Theater stages in Into The Woods and showcased her exquisite acting skills at the West Yorkshire Playhouse, where she was involved with Bad Girls The Musical.

At the Theater Clwyd, Hannah Waddingham featured in A Chorus of Disapproval which followed her appearance at the Sydmonton Festival where she was a cast member on Andrew Lloyd Webber’s The Likes of Us. At the Cambridge Theater, she graced the audience with her beautiful voice when she performed during The Beautiful Game, months from her performance in Lautrec at the Shaftesbury Theater.

These roles got the bombshell actor nominated twice for the Olivier Award for Best Actress in a Musical. These were for her 2007 performance in the Spamalot and the showcase she is credited with for her 2010 performance in A Little Night Music.

Some of her famous roles

Before Ted Lasso, Hannah Waddingham was best known for her role in Game of Thrones. On the show, she portrayed Septa Unella in the fifth and sixth seasons, who is considered a most devout member of the ruling Faith of the Seven. In an interview, she recounts how the role was somewhat challenging for her, seeing as, at the time, she had a 10-month-old baby. What’s more, Esquire quotes the actor admitting how filming some of the scenes on the installation caused lasting psychological ramifications. She acknowledged that she might just have developed a newfound water phobia.

She has also appeared in Les Miserables and How to Lose Friends & Alienate People. Additionally, she had a small role in The Only Boy for Me. Following her successes on stage and screen, she was recruited for a role in the TV series Benidorm. Fans were also impressed by her showcase in The Wizard of Oz.

Elle suggests that the popularity of Ted Lasso can be traced to the synergy evident between the cast. The fan base seems to have taken a particular liking to Hannah Waddingham’s vindictive and cynical ways. After decades in the theater and having some supporting roles in movies and TV shows, the actor is finally a leading woman. Her imposing role saw her win the hearts of fans, further catapulting her career.

Season 1 of the Apple series has accrued several nominations and awards coming from a backdrop of critics claiming that the show would not be a commercial success. Evidently, the show has surprised the fan base and its creators, with the debut season accruing 20 nominations.

In the just-concluded Emmy Awards, Waddingham earned an award for the Best Supporting Actress in a Comedy Series, which followed her win at the Critics’ Choice Television Award for Best Supporting Actress. She was also recently named the TVLine Performer of the Week. Concisely, it wouldn’t be too far-fetched to claim that Ted Lasso has helped catapult Waddingham’s career.