Will this be the last AFL Footy Show Grand Final extravaganza? After taking a ratings hammering from Seven's The Front Bar this storied but decidedly aged fixture in Melbourne's autumn-to-spring television schedule is feeling decidedly shaky. In its day it was both groundbreaking and beloved – but its day was decades ago, and since then not just Front Bar and before it Before the Game but, more decisively, the raft of AFL chat and analysis on Fox Footy have proved there are other, better ways to talk about our national game. That said, the remaking of the NRL Footy Show into a show that actually, you know, talked about footy, cannot be said to have been a screaming success. It's hard to see where the AFL Footy Show can go from here. 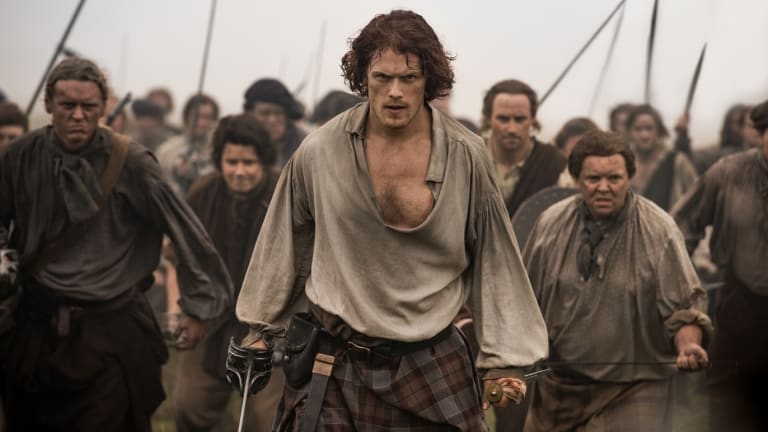 The third season of time-travelling melodrama Outlander is on SBS.

If you're a hardcore Outlander fan you'll already be all over this third season, which screened on pay TV some time ago. If, however, you're an SBS watcher who likes to dip in to this rather wonderful time-travelling melodrama when it pops up in the schedule, you won't be disappointed as Clare, Jamie, Frank et al recommence their adventures. The first section of the first episode is spent on the battlefield in a really well-constructed set piece. Then we're in Boston where Frank and a pregnant Clare attempt to cobble together some sort of life. Bezukhov. Not only is he aesthetically the polar opposite of his matinee-idol cast mate as James Norton (as gallant soldier, Andrei Bolkonsky), he has a gentle demeanour masking a fiery heart that is perfect for the role in this most extravagant period drama. MH