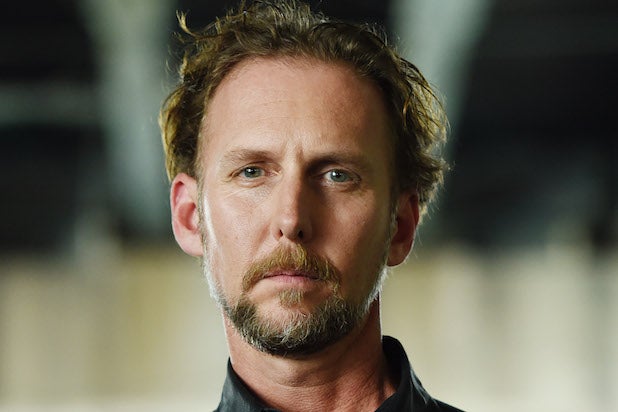 Jayson Warner Smith, who played Gavin on “The Walking Dead,” has joined the film adaptation of Delia Owens’ bestselling novel “Where the Crawdads Sing,” TheWrap has learned exclusively.

Reese Witherspoon’s Hello Sunshine and Elizabeth Gabler’s 3000 Pictures are producing “Where the Crawdads Sing,” which is set at Sony.

Set against the backdrop of the mid-20th century South, “Where the Crawdads Sing” centers on a young woman named Kya who, abandoned by her family, raises herself all alone in the marshes outside of her small town. However, when her former boyfriend is found dead, Kya is thrust into the spotlight, instantly branded by the local townspeople and law enforcement as the prime suspect for his murder. Equal parts haunting crime thriller and moving coming-of-age story, “Where the Crawdads Sing” explores our universal yearning for connection, formative first loves and ultimately, how strong and resilient each of us is, no matter the obstacles standing in our way.

Olivia Newman (“First Match”) is directing the film, and Lucy Alibar, an Oscar nominee for “Beasts of the Southern Wild,” wrote the screenplay based on Owens’ book.

Jayson Warner Smith is best known for his stint on “The Walking Dead” and on the SundanceTV original series “Rectify.” His film credits include supporting roles in “The Book of Love” with Maisie Williams and Jason Sudeikis, “Christine” with Rebecca Hall and “American Made” with Tom Cruise. He’s represented by The Alexander White Agency.

“Where the Crawdads Sing” was published by G.P. Putnam’s Son in August 2018 and spent 110 weeks on the Times bestseller list, selling more than 8.5 million copies worldwide.