Home » TV & Movies » Why is Joel Dommett famous, what's his role on All Star Musicals 2019 and who he is dating?

JOEL Dommett won legions of fans during his stint on I'm A Celebrity… Get Me Out of Here! in 2016.

Here's everything you need to know about comedian and TV personality. 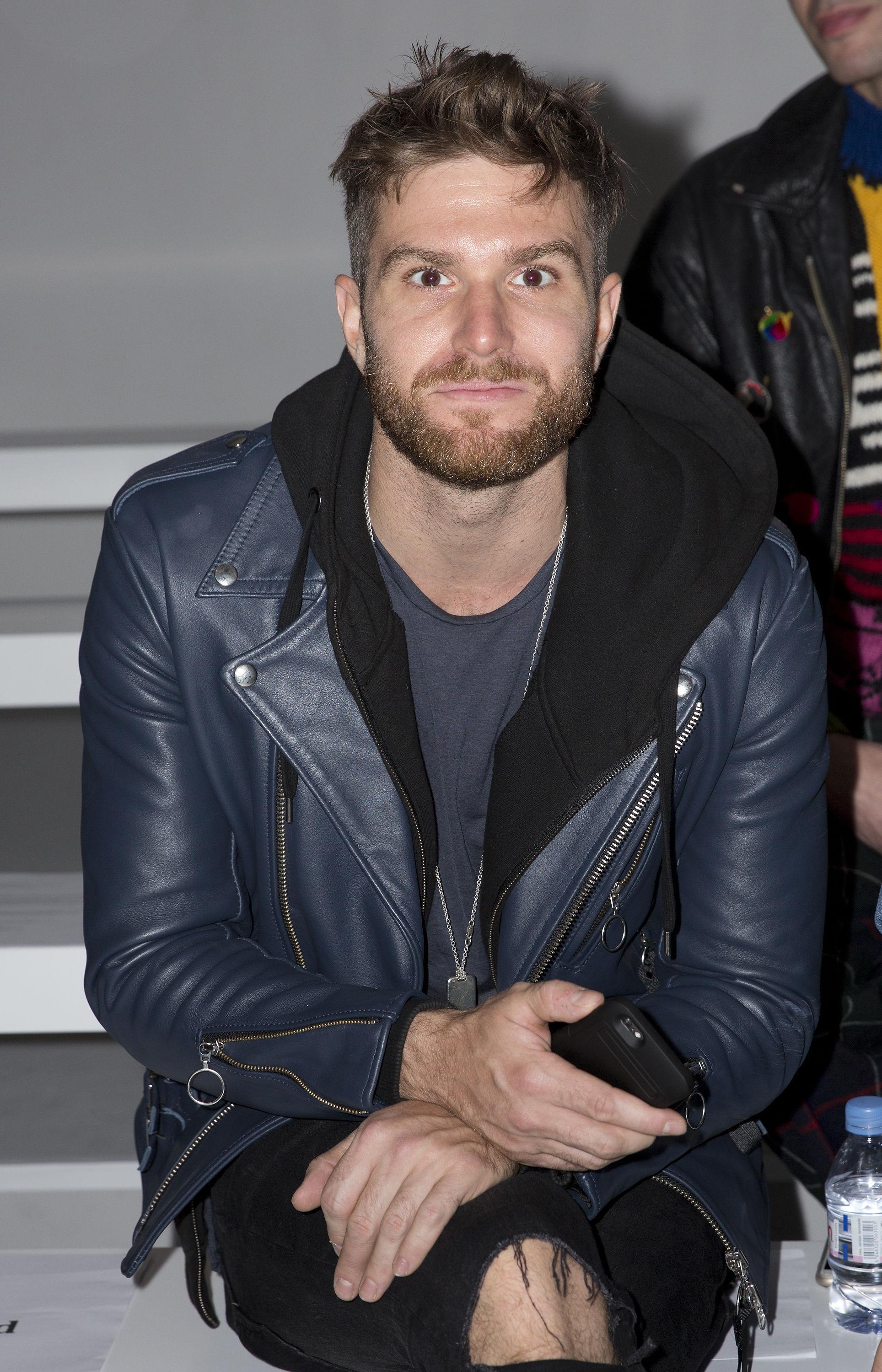 Who is Joel Dommett, how old is he and what is his background?

Joel is a 33-year-old stand-up and TV personality, who was born in Rockhampton, Gloucestershire, on 8 June 1985.

Before appearing in the jungle, he was known for his 2010 role as D.C. Sweeney in the hit E4 show Skins, but he has also had other acting and TV gigs – in addition to touring as a stand-up comedian.

He appeared in BBC Two series Popatron and in 2011 he hosted Live in Chelsea, a discussion show revolving around Made in Chelsea.

And as a member of the National Youth Theatre, he's quite the thespian and had a role in 2008 drama The Edge Of Love.

The comedian also appeared in Impractical Jokers UK from 2013 – 2014, before becoming a panellist on Sky 1's Bring the Noise last year.

Joel clearly still has a busy schedule, after spending a recent stint in Korea filming a BBC Three show called Are You Fit Enough?

Having performed his first gig in LA at just 19 years old, Joel has devoted most of his life to comedy and had to cancel a stand-up tour to enter the show.

In March 2019 he took part in All Star Musicals which saw him belting out show tunes before a panel of judges. 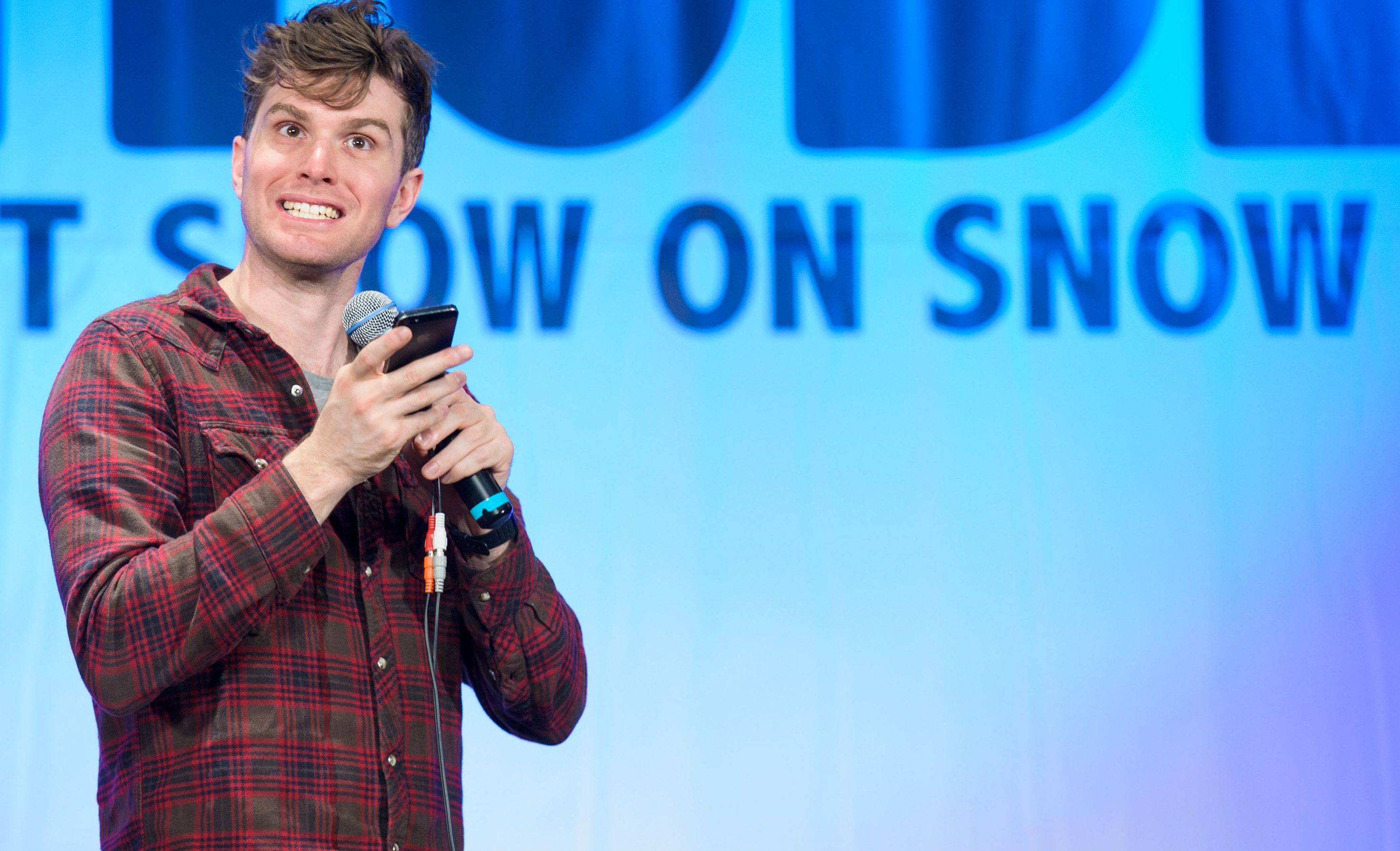 How was Joel involved in a sex tape scam?

Joel was among a string of public figures to have had an intimate video of himself splashed across the net.

The footage, recorded during a Skype call, saw Joel engaged in a solo sex act in his own home.

The Sun revealed that a host of celebrities, including a Hollywood actor, have fallen victim to the scam, known as “catfishing”.

But in December 2016, when his fame rocketed on I’m A Celebrity, the video went viral, leaving him mortified.

The woman Joel believed he was interacting with was, in fact, a pre-recorded video.

He addressed the episode in a characteristically lighthearted manner with a "letter from his penis".

The statement, released on his Facebook page, explained: "Joel was Catfished a long time ago by somebody pretending to be someone else on the internet and was lured into Skype sex.

"That Skype sex session turned out to be entirely fake and has come back to bite Joel in the ass (Joel’s Ass is a good friend of mine and also features in the video).

"It’s a genuinely horrific thing for another human being to do, to take advantage of what is private of someone's life and make it public for everyone to see." 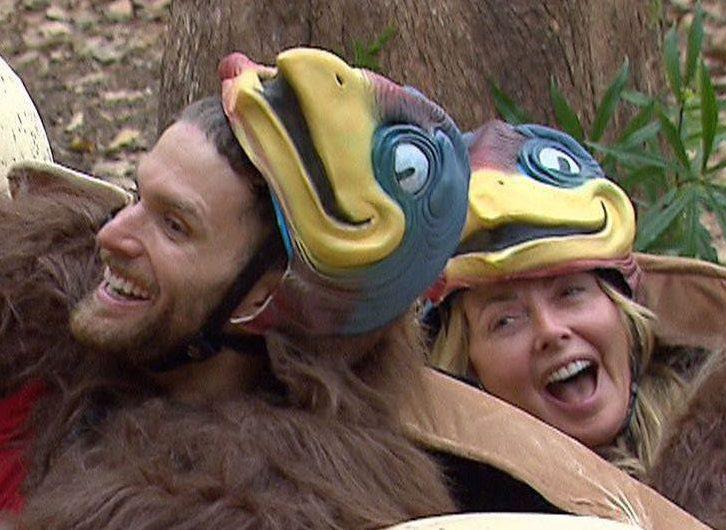 Joel went into the jungle as probably the least recognisable of the celebrities in camp – but early indications suggested that wouldn't last long.

He got off to a fine start, entering into a flirty rapport with glamorous former Countdown boffin Carol Vorderman – a potential match that received the backing of Joel's ex.

Joel also made a big impression when called upon to do his first Bushtucker Trial, conquering his fear of heights to scale a 100 ft crane and bring the maximum 10 stars back to camp.

The comedian kept the camp entertained with his stand-up routine and had a lucky escape when a poisonous snake slithered next to his bed.

His witty antics also proved very popular with the ITV viewers – he eventually came second in the series, losing out to Queen of the jungle Scarlett Moffatt.

The Sun's Bizarre column has revealed the hunky lad will rejoin Scarlett on spin-off show Extra Camp after Stacey Solomon and boyfriend Joe Swash were dropped from the programme.

A TV source said: “Show bosses wanted to refresh the format and give it a new lease of life.

Joel may have been single when he entered the jungle but he's now found love with a stunning model.

He was first seen out with Hannah Cooper on May 2017, and more recently they posted a joint naked picture together.

The pair recently went to America together for a holiday but they're both based in London.