Ant McPartlin and Declan Donnelly presented Saturday Night Takeaway with a twist this evening as it was the first time the duo have filmed the show without a live studio audience. However, fans were still in for a treat as the duo aired a hilarious prank they had played on Bradley Walsh which included them meddling in his quiz show, The Chase which left the presenter very confused.

However, Saturday Night Takeaway viewers took to Twitter to reveal they thought they had spotted a major blunder with the prank and weren’t convinced that Bradley wasn’t involved. 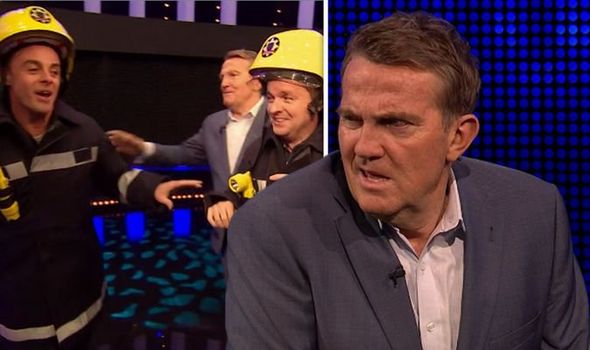