260 Chinese fishing ships have been discovered near the Galapagos Islands sparking concerns that they will damage the marine eco-system in the area.

Ecuador’s president Lenin Moreno had been tweeting over the weekend to boast about the security in place to protect the area surrounding the islands which he said is ‘a hotbed of life for the entire planet’.

However, the Ecuadorian Navy has confirmed that around 260 fishing vessels have been spotted 200 miles from the islands’ shores. 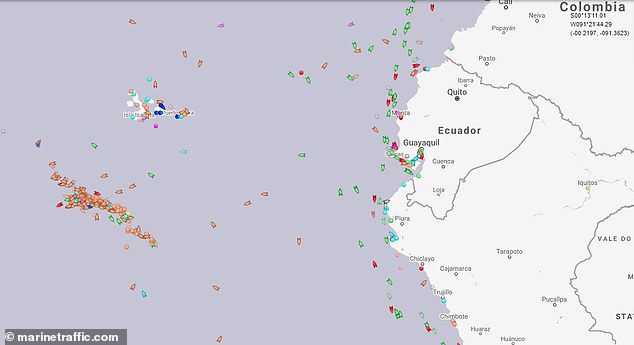 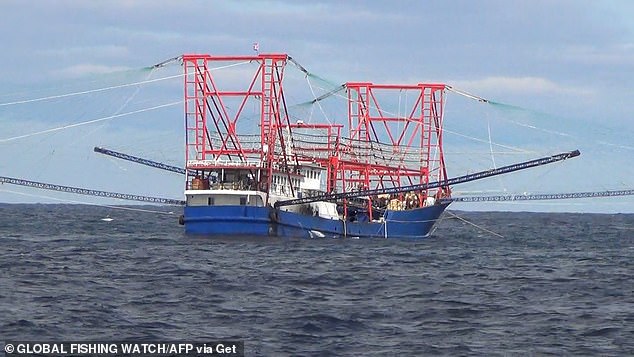 Now, volunteer pressure group Blue Planet Society have voiced their concern that the ocean is being destroyed in real time, the Scottish Sun reports.

Spokesperson John Hourston told Sky News: ‘The threat that the industrial Chinese fishing fleet poses to the unique and spectacular marine life of the Galapagos archipelago cannot be overstated.’

He also said the vessels were ‘sucking the life from this biodiversity jewel’.

‘Marine life doesn’t recognise lines on a map. Unless the high seas are given protection, the ocean is in danger of becoming become a lifeless desert.’

In response to the fishing fleet a Protection Strategy has been put in place by former Mayor of Quito Roque Sevilla and ex-environment minister Yolanda Kakabadse, alongside a team of specialists.

Ecuador has now increased its naval patrols around the Galapagos Islands.

The islands are home to a large number of different aquatic species such as giant turtles, flamingos and albatrosses and inspired Charles Darwin’s theory of evolution.

Chinese fishing ships have strayed near the Galapagos previously and in 2017 one vessel was captured in 2017 in the Marine Reserve carrying 300 tons of wildlife.

Defence minister Oswaldo Jarrin said that the fleet is currently located in a corridor in international waters but that it is being kept under surveillance.