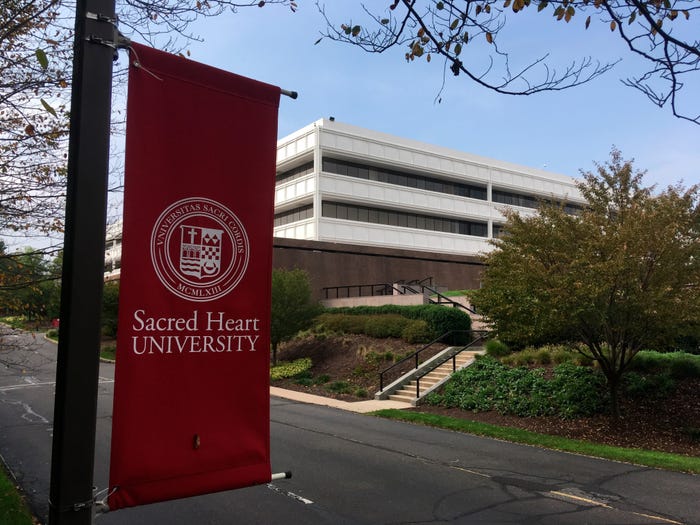 A wrongful death lawsuit regarding a 20-year-old university student who died after an eating contest was settled, the Associated Press reported.

Caitlin Nelson, a former student at Sacred Heart University in Connecticut, died in 2017, days after choking during a Greek charity pancake eating contest event for Prevent Child Abuse America that was greenlit by the institution.

During the contest, Nelson started to choke, and responding authorities could not relieve her airway due to the pancakes. She was transported to a hospital in Connecticut before being moved to another hospital in New York where she passed away, according to the CT Post.

Her mother, Rosanne Nelson, previously filed a wrongful death lawsuit against the university which claimed that the school did not have the medical staff present during the event, Insider's Kelly McLaughlin reported. However, the university's lawyer initially debunked those claims last year and said that her daughter's "own carelessness and negligence" lead to her death.

According to the AP, the lawsuit against the school was withdrawn on Monday and William Bloss, a family lawyer, said the "case was resolved" on Thursday. Details regarding the terms of the settlement have not been made public.

Caitlin Nelson attended the university to become a social worker and her father was a police officer who died during 9/11, The CT Post reported. Loved ones described Nelson as a "selfless, loving, wise, and warm-hearted woman," according to the publication.