A tribunal has ruled in favour of more than a dozen local artisans, designers and engineers who were locked out of their workspaces by a Melbourne council over an asbestos scare last month.

As reported by The Age, 14 traders at the Melbourne Innovation Centre (MIC), a not-for-profit small business incubator on the site of a former landfill in Alphington, have been barred from entering their workshops and studios for nearly a month by site owner Darebin Council. 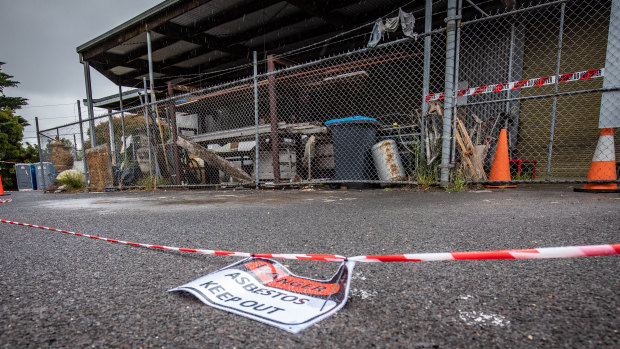 Darebin council maintains the site is unsafe to enter.Credit:Scott McNaughton

The legal stoush erupted on Thursday between the council and MIC, which leases the site and in turn grants licences to small traders for below-market rent.

MIC took the council to the Victorian Civil and Administrative Tribunal (VCAT) seeking an injunction that would allow businesses to re-enter their businesses on Thursday – and won.

Barrister Brett Harding, acting on behalf of MIC, argued to the tribunal that the council overreacted and “assumed a role that they don’t have” when they blocked traders from their premises with no notice. Their belongings and products remained inside as dust testing was conducted by a private firm.

Harding argued that the lease between the parties did not allow the council as the landlord to take over the site. 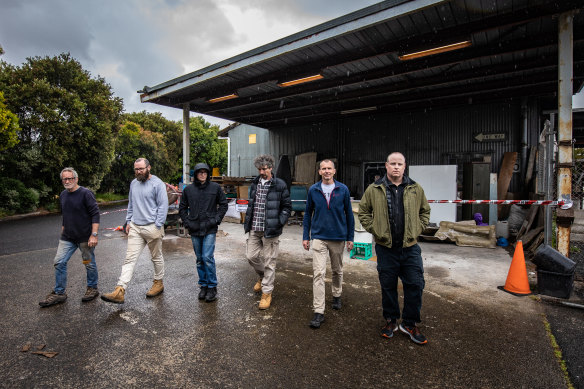 Melbourne Innovation Centre tenants in Alphington have been barred from their workshops and stock.Credit:Scott McNaughton

Lawyers for Darebin Council argued that its obligations under occupational health and safety laws should trump any other consideration and that granting the injunction would “force” it to breach the OH&S Act.

“We don’t take chances with this,” said Daniel Masel, SC, acting for Darebin.

“I don’t seek to be flippant, but this is not Clint Eastwood in Dirty Harry, ‘Do you feel lucky punk?’ That’s not the approach that’s adopted by occupational health and safety legislation.”

Harding said the apparent risk of asbestos on the site was not being managed or overseen by WorkSafe or the Environment Protection Agency and that the test results made public by the council following the sudden closure of the site did not warrant the action.

“We’ve since gone and got our own report from a company called Amcosh, and they’ve provided a report which says … that these are full safe levels, and effectively the council has overreached.“

In granting the injunction, VCAT senior member Leneen Forde said she accepted that there was nothing in the lease that allowed Darebin as landlord to lock its tenants out. She also said VCAT had limited jurisdiction to consider the OH&S Act.

The injunction does not come into effect until January 5, meaning Darebin still has the opportunity to escalate the matter to the Supreme Court.

Tenants have long known some buildings on the site contained asbestos in walls and roofs, which was considered safe if undisturbed. But the council has said that sheeting had begun to crumble and dust samples taken last month indicated a possible risk to human health.

Last month, traders were advised that through a process of “due diligence” ahead of the lapse of the site’s 25-year lease in May, the sites needed to be closed for remediation. They were also told dust had been detected as far back as 2020, raising questions about the rushed closure two years later.

Tenants were given no notice to vacate their premises, which in some cases hold equipment and stock worth hundreds of thousands of dollars. One of the biggest licensees at the site is leading Melbourne craft brewery La Sirene.

The tribunal heard that the brewery has claimed more than $330,000 in damages from MIC over the saga.

In response to the VCAT ruling, Darebin Council CEO Peter Smith said: “We are disappointed and remain concerned about the health and safety of workers and visitors on site. We’ll refer the matter to the EPA and WorkSafe.” 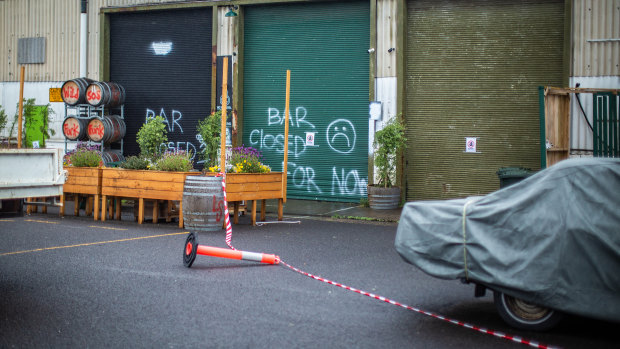 The industrial precinct at Alphington has been closed since late November.Credit:Scott McNaughton

Darebin Council on Monday passed a motion to deliver a $20,000 crisis grant to the MIC to distribute to the 14 affected businesses, but that was declined before MIC launched legal action on Wednesday night.

“It is disappointing that MIC chose to not accept this funding and has instead taken this
action, which will simply divert resources from ongoing works and progress to support
impacted businesses,” Smith said.

Nick Rennie, a furniture designer who has worked at the site for 23 years, said the ruling gave traders some hope of retrieving their possessions, although he was concerned about items that had already been condemned by asbestos hygienists working through the sheds.

“Now we can focus on the health implications and lack of transparency from council from releasing any information to us which has caused irreparable damage to our mental health and wellbeing,” he said.