Furious council members have condemned the ‘abhorrent act of vandalism’ the destroyed a living memorial commemorating the Queen’s Platinum Jubilee.

The Royal Burgundy tree was installed at Coalville Park earlier this year to honour the Queen, but has now been ripped just three months after her passing.

The tree – which was planted with the help of six primary school students – is one of more than eight trees, planters and benches in the park that have been damaged or stolen this year, prompting the installation of additional CCTV at the park.

North West Leicestershire District Council (NWLDC) has condemned the act of vandalism and launched an appeal for anyone with information about the crime to contact Leicestershire Police. 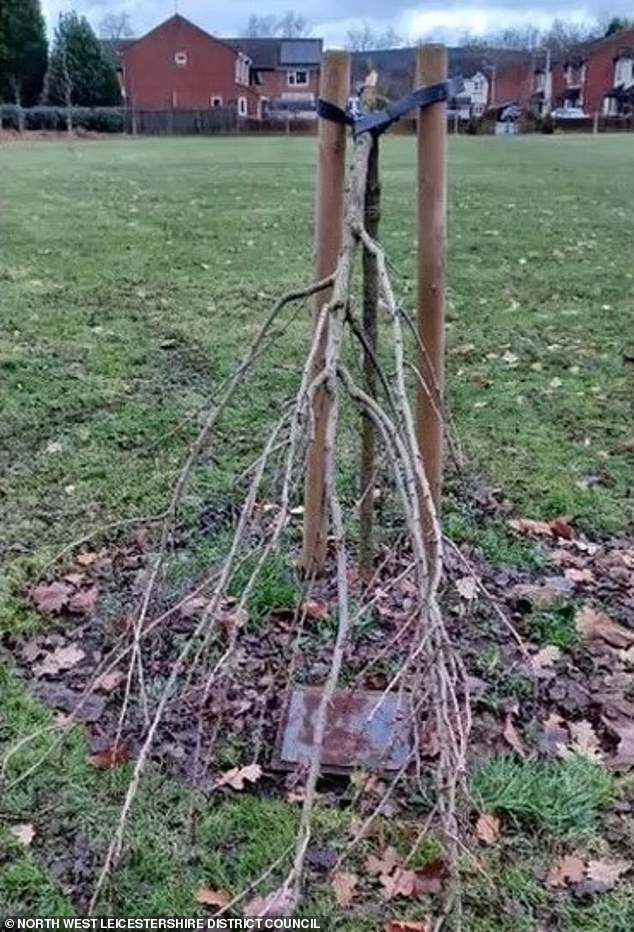 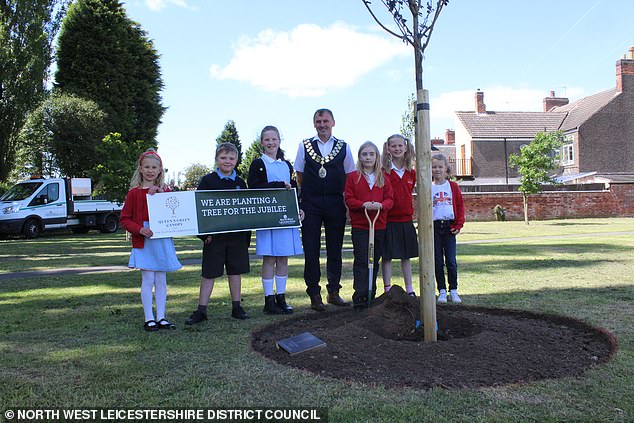 The Royal Burgundy tree was installed at Coalville Park earlier this year to honour the Queen, but has now been snapped in half. Six primary school students helped Chairman, Councillor Russell Boam (pictured with the pupils) with the installation

The tree was vandalised earlier this week, the NWLDC told MailOnline.

Officials have since cleared the damage, installed additional security cameras in the park and reported the incident to police.

NWLDC is now in need of a new memorial plaque for the Platinum Jubilee.

The council said it has spent more than £1,200 in repairs this year because of theft and damage in Coalville Park.

‘This abhorrent act of vandalism has devastated our parks team who worked hard to install the trees and create a lasting memorial to commemorate the late Queen’s Platinum Jubilee,’ Councillor Andrew Woodman, NWLDC Portfolio Holder for Community Services, said.

‘We know residents really appreciate our efforts to create more green spaces to enjoy, and they too are distressed to see tax payers’ money wasted when planting is ruined.’ 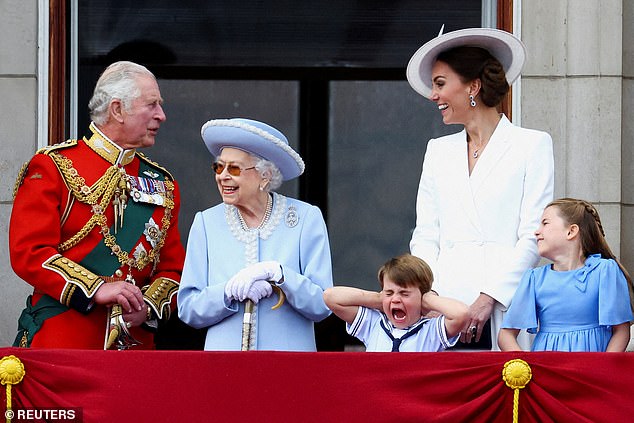 The tree was planted to commemorate the Queen’s Platinum Jubilee. Her Majesty is pictured with then-Prince Charles, Kate Middleton, Princess Charlotte and Prince Louis during the Platinum Jubilee celebrations last June

The Platinum Jubilee memorial was planted in May to celebrate Her Majesty’s 70-year reign and add beauty to the north-eastern corner of Coalville Park.

Pupils from Belvoirdale Community Primary School, St Clare’s Primary School and All Saints Church of England Primary School aided in the planting process by helping the Chairman, Councillor Russell Boam, fill in the soil around the base.

NWLCD provided the Royal Burgundy, a species of cherry tree, and the commemorative plaque to the park.

At the time of planting, Chariman Boam said the project was a ‘great way’ to honour the monarch and ‘give the community something to remember the special event by.’

He said he would ‘look forward to seeing the tree flourish in years to come.’