Election officials in Pennsylvania and Michigan — both critical swing states — said they expect to finish counting most mail ballots by the Friday after the election, amid concerns that the Republican Party might try to extend the vote-counting process beyond that timetable.

“I expect the overwhelming majority of ballots, certainly received on or before Election Day, to be counted within a matter of days. By Friday, I think the overwhelming number of ballots will be counted in Pennsylvania,” said Secretary of the Commonwealth Kathy Boockvar in an online forum organized by Harvard’s Ash Center for Democratic Governance and Innovation.

Michigan Secretary of State Jocelyn Benson, a Democrat like Boockvar, gave the same timeline for her state’s mail-in ballots to be counted. 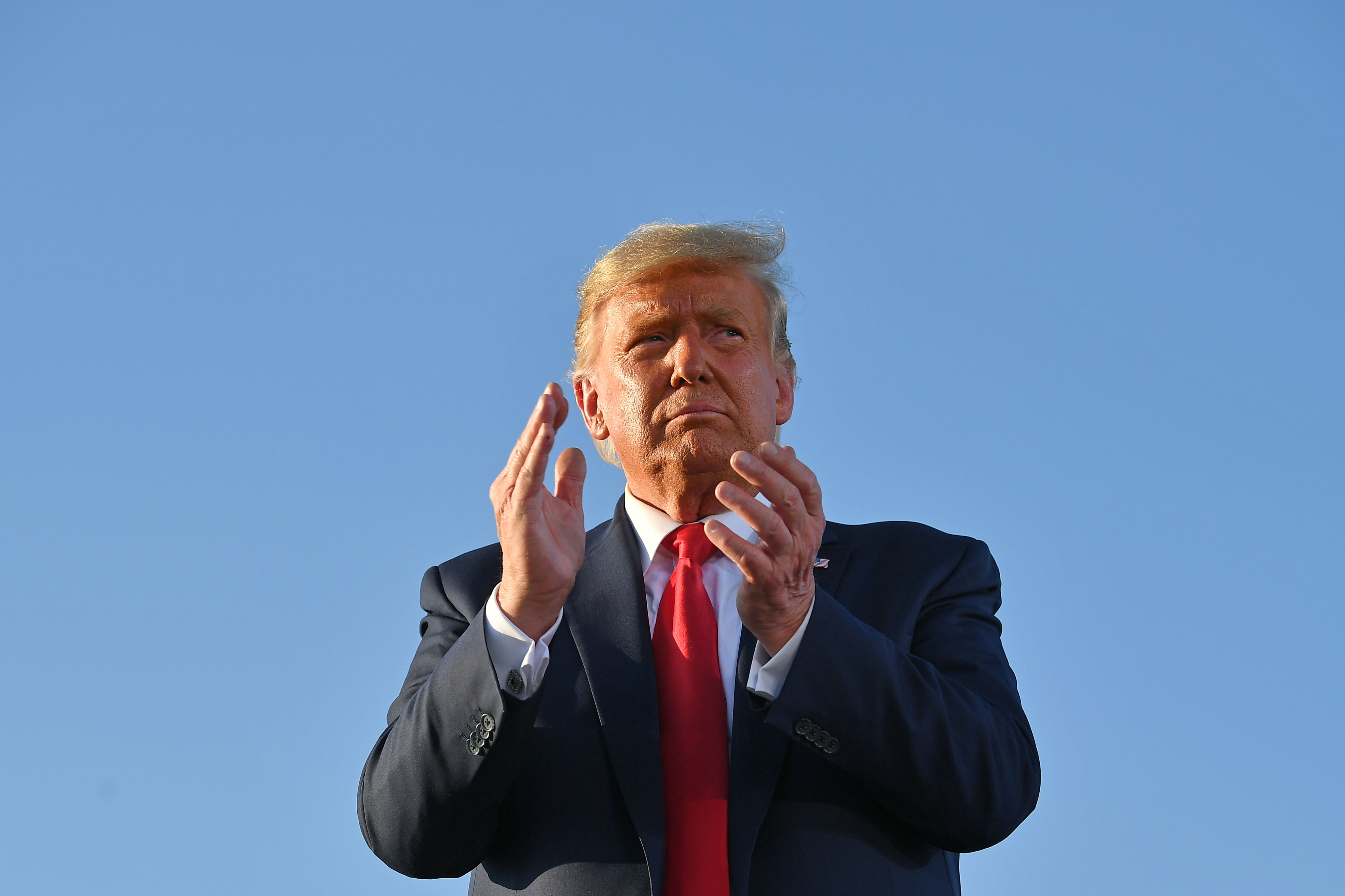 A drawn-out counting process would make it more plausible that Republicans who control the legislatures in Pennsylvania, Wisconsin and Michigan might try to toss aside the results of the popular vote in their state and send a slate of representatives to the Electoral College who are loyal to President Trump, said Paul M. Smith, vice president for litigation and strategy at the Campaign Legal Center.

“It does seem that a delay in the count was something that the Republicans wanted to keep in place in Pennsylvania and Wisconsin on the assumption that they may be the determinative states [in the presidential election],” Smith said. “And if it’s two weeks after the election and we still don’t have a certification of who won, that could give the Legislature a chance to intervene.”

The possibility of a state legislature overriding the will of voters and sending its own slate of electors to the Electoral College was first raised in late September by Barton Gellman, a staff writer for the Atlantic, as something that Pennsylvania Republicans were contemplating and planning for. Gellman quoted Pennsylvania’s Republican Senate Majority Leader Jake Corman and state GOP party chair Lawrence Tabas on the feasibility of such a move.

On Monday, Corman and Kerry Beninghoff, the Republican House Majority Leader, wrote an op-ed in a local Pennsylvania newspaper distancing themselves from any such scheme.

“We have said it many times and we will happily say it again: The Pennsylvania General Assembly does not have and will not have a hand in choosing the state’s presidential electors or in deciding the outcome of the presidential election.To insinuate otherwise is to inappropriately set fear into the Pennsylvania electorate with an imaginary scenario not provided for anywhere in law — or in fact,” Corman and Beninghoff wrote. 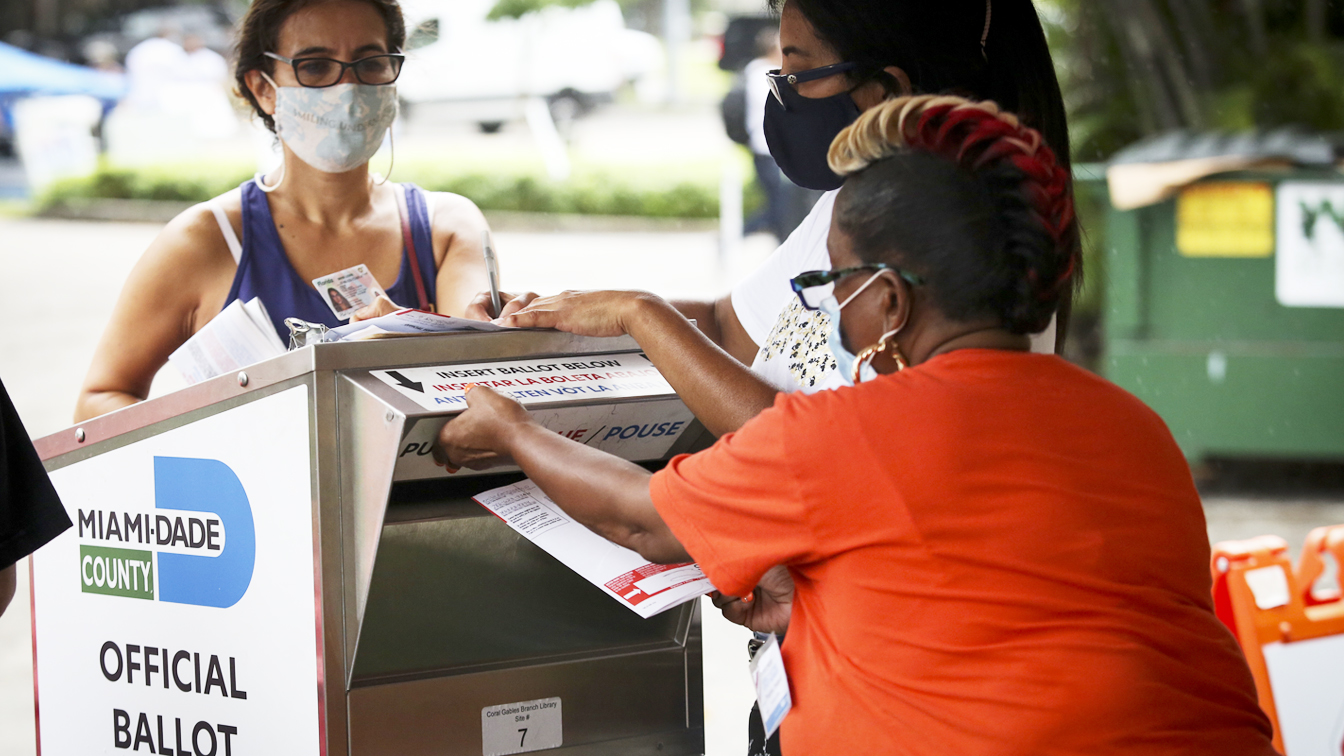 “There have been zero discussions occurring within the Pennsylvania House of Representatives and Senate about changing this provision.”

Nonetheless, Boockvar went out of her way in the Harvard forum to send a clear signal about her feelings on this issue.

The failure of Republican leaders to act on giving clerks time ahead of Election Day to “pre-canvass” mail ballots is one major reason why there is still high anxiety about what the GOP is planning to do. 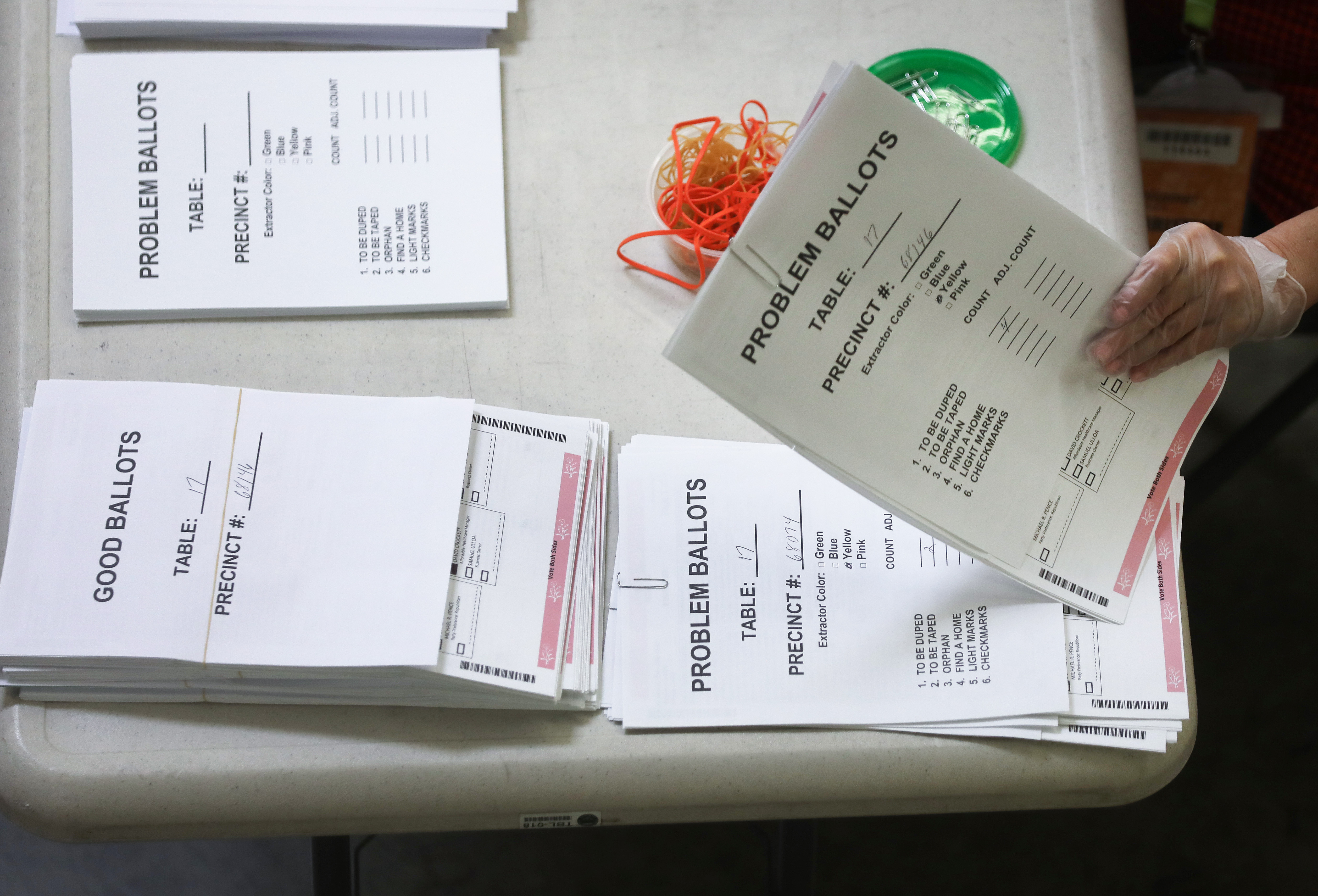 For months, legislative leaders in Pennsylvania, Wisconsin and Michigan have known that there would be significant delays in their states in counting votes if they did not undo restrictions on election clerks that prohibit them from counting or processing mail ballots as they arrive rather than having to wait until Election Day. Ohio’s top elections official, Republican Secretary of State Frank LaRose, told Yahoo News in August that this rule could create a “really terrible situation” if it wasn’t changed.

Election officials have urged the Republican-controlled legislatures in these states to make the change, as have bipartisan and nonpartisan voting experts. A Republican county commissioner in Bucks County, Pa., Gene DiGirolamo, wrote in September that “if we are not given the authority to do this, we’ll be forced to contend with a man-made disaster.”

But Republican leaders gave clerks in Michigan one day rather than the two weeks that were requested. The Republican-controlled legislature has done nothing in Wisconsin, and in Pennsylvania, they combined a proposal for a three-day allowance with a proposal that would have eliminated drop boxes in the state and satellite voting locations that allow a form of early voting. It would have also let poll watchers go anywhere in the state, rather than limiting them to their current voting precinct.

The state Supreme Court struck down Republican requests for eliminating drop boxes and satellite centers. And since then Republicans have put forward no new proposals, and just this week said that negotiations were dead, blaming Democratic Gov. Tom Wolf.

Smith spent considerable time on a call hosted by the National Task Force on Election Crises Tuesday explaining all the ways that federal law and the U.S. Constitution stand in the way of a state legislature choosing electors to the Electoral College, rather than voters.

“There’s a lot of reasons to think that’s just plain illegal,” Smith said. “Once the legislature gives the power to pick the electors to the people, and says we’re going to have an election on November 3 — which they don’t have to do, but every state has done — if you then after the fact say, ‘Well we don’t like the way people have voted, we’re going to just pick the electors ourself,’ that’s certainly a violation of the rights of the voters under the 14th Amendment.”

But Smith noted that if the counting of ballots stretches out for weeks, and comes close to Dec. 8 — the date set by Congress by which electors need to be appointed — that may create political space for what he called a “radical” maneuver. 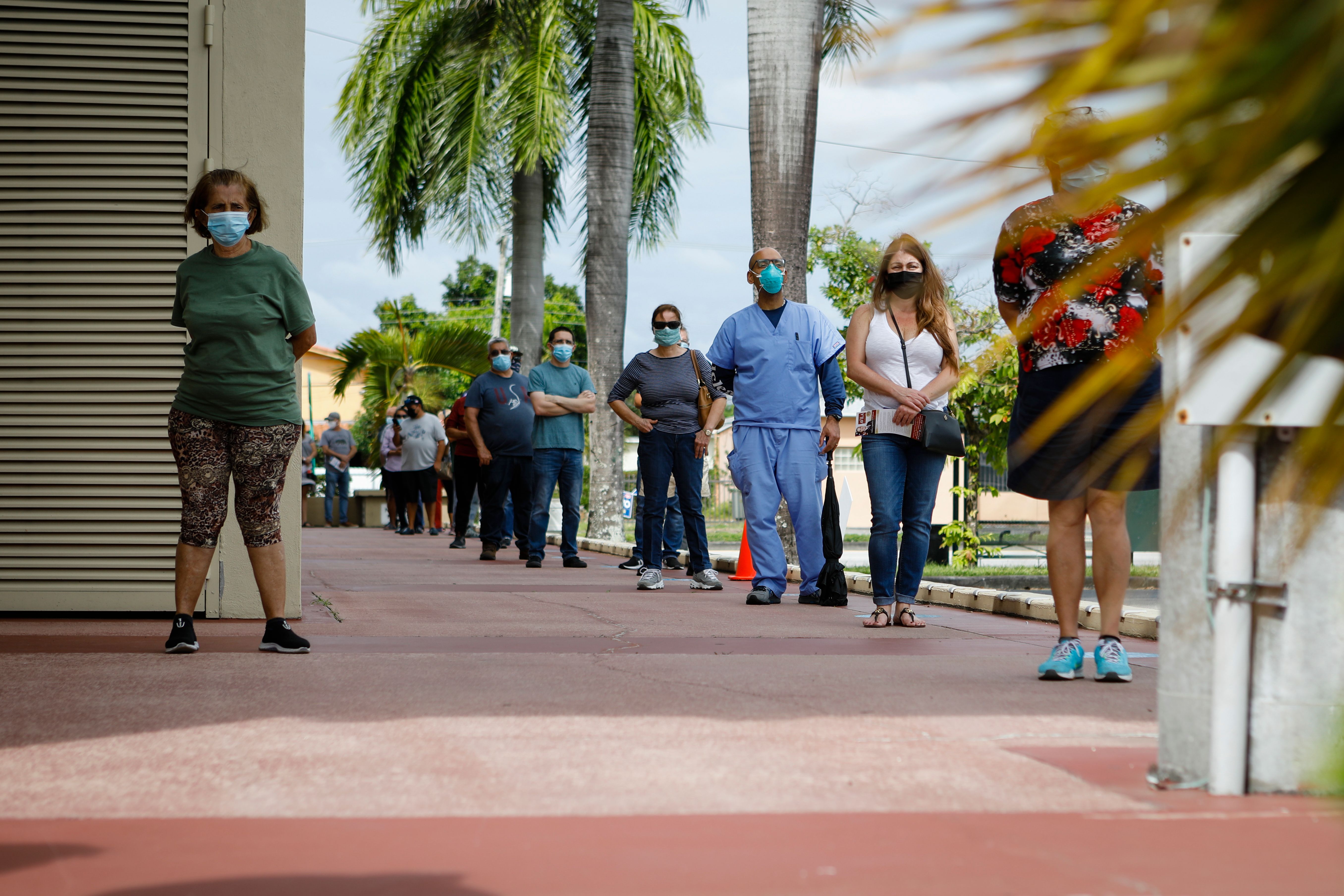 “The legislatures’ effort to intervene in this radical way gets more and more plausible if the count is taking longer and longer and inching up toward the deadline,” Smith said. “And if there’s been a dragging out of the counting process, particularly by means of ballot by ballot challenges, or other ways to try to shut down the count, the legislature might be more plausibly willing to step up and say, ‘We’re going to pick the electors and that’s going to be the end of it.’”

Of course, that would trigger other showdowns, which have been detailed by Gellman and elsewhere, and the fight would move to Congress.

But Smith’s comments clarify an important point: if mail and absentee ballots could be processed by clerks as they came in — as is done by almost every state in the nation — that would eliminate the possibility of a drawn-out counting period after Election Day.

And it would not have prohibited the Republican Party from using a tactic that might be utilized after the Election to slow down the count: challenging ballots. Michael Straub, a spokesman for Pennsylvania House Speaker Bryan Cutler, a Republican from Lancaster, and Jennifer Kocher, a spokeswoman for Senate Majority Leader Jake Corman, both told Yahoo News in September that challenges to mail ballots could not be made during pre-canvassing if it was more than three days before the election.

But the Pennsylvania Secretary of State’s office, which asked the Legislature to give clerks two weeks before the election, said this was not true. “The rights of authorized representatives currently permitted in the pre-canvass and canvass processes would still be valid in a longer pre-canvassing period,” Wanda Murren, a spokesman for the Pennsylvania secretary of state, told Yahoo News.

Benjamin Ginsberg, one of the top Republican election law attorneys for the last 20 years until his recent retirement from an active practice, was on the call with Smith on Tuesday, along with María Teresa Kumar, president of the Voto Latino Foundation.

Ginsberg said that after the election, challenges to ballots could be done in a way that prolongs the count, but said there will be limits on this.

“From experience, people who just try to go in and challenge everything, what election officials will do is a small count of a few of those ballots and see how valid the challenges are, and determine whether the challenges as a whole are valid,” Ginsberg said.