TWO armed men have been arrested after allegedly plotting to attack the Pennsylvania Convention Center, where presidential election votes are being counted.

Shortly after 10pm on Thursday, police received a tip about people in a Hummer driving up from Virginia to attack the convention center, where key votes in the battleground state are being counted 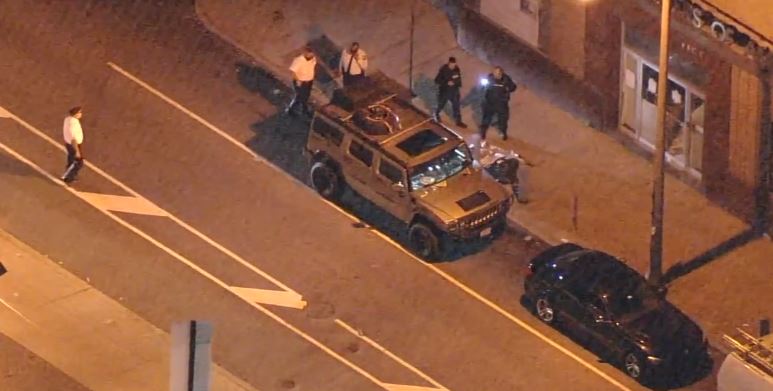 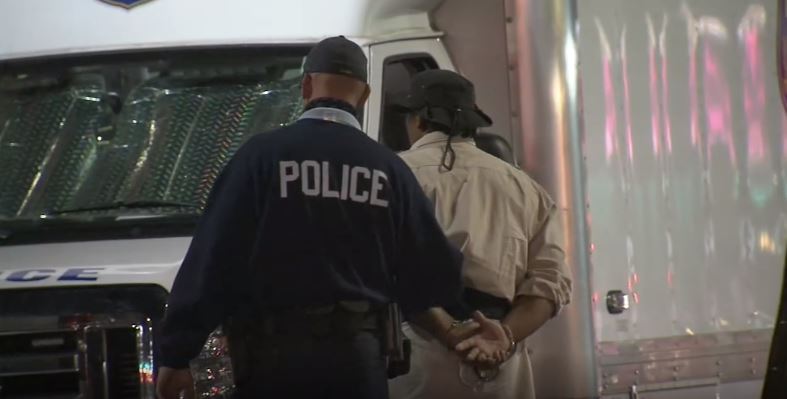 A few minutes later, police in Philadelphia found the Hummer fitting the description parked in North 13th Street, near the convention center, according to the Philadelphia Inquirer.

Two menwere arrested by cops nearby, the newspaper reports.

At least one man was taken into custody and cops seized an AR-15 rifle, as well as the Hummer.

No injuries were reported and no further details about the alleged plot were disclosed.

The FBI has taken over the investigation, according to Fox News.

Votes are still being counted in four battleground states, including Pennsylvania, days after Tuesday's vote, with Democrat Joe Biden still confident of capturing the presidency from Donald Trump.

Biden gained more ground on Trump in Georgia and Pennsylvania on Friday, edging closer to the White House hours after Trump falsely claimed the election was being "stolen" from him.

Earlier on Thursday, supporters of both Trump and Biden held rallies in Philadelphia as election staffers slowly counted thousands of mail-in ballots which could decide Pennsylvania's crucial 20 Electoral College votes.

Trump activists waved flags and carried signs saying: "Vote stops on Election Day" and "Sorry, polls are closed" as Biden supporters danced to music behind a barricade across the street earlier in the day.

Biden cut Trump's lead in the state to just over 18,000 by the early hours of Friday, while his deficit in Georgia, which has 16 electoral votes, shrunk to about 650.

A court ruled on Thursday that more Republican observers could enter the building in Philadelphia where poll workers were counting ballots.

The US Postal Service said about 1,700 ballots had been identified in Pennsylvania at processing facilities during two sweeps late on Thursday and were in the process of being delivered to election officials.

Since Election Day, Trump has fired off tweets calling for ballot counting to be stopped, and claimed without proof there has been voter fraud.

But his tweets have been masked with notices telling people the claims are misleading.

On Thursday, Facebook shut down pro-Trump group "Stop the Steal" which was organizing protests against vote-counting.

On Friday, Biden had a 253 to 214 lead in the state-by-state Electoral College vote which determines the winner, and was inching toward securing the 270 votes needed to win. 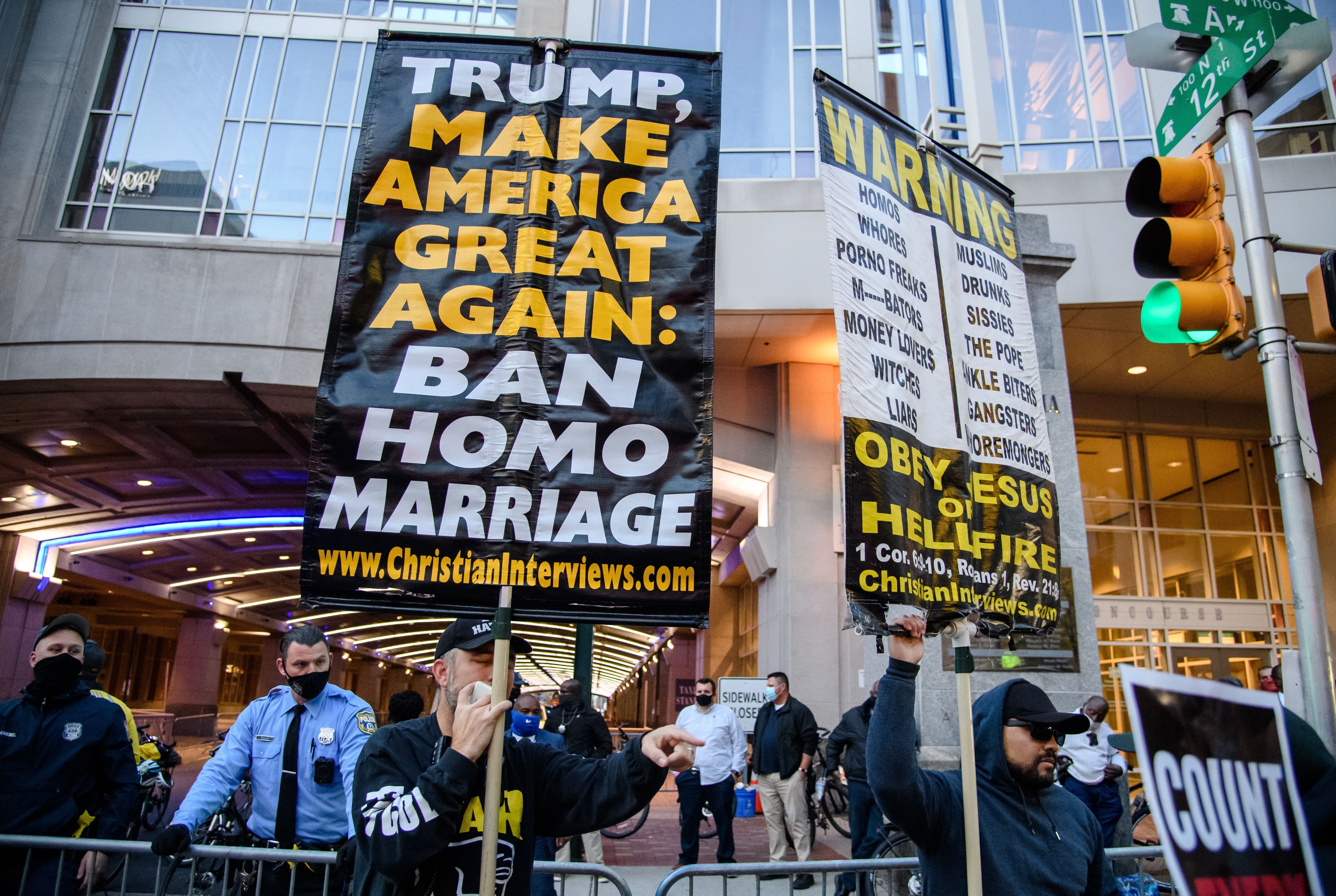 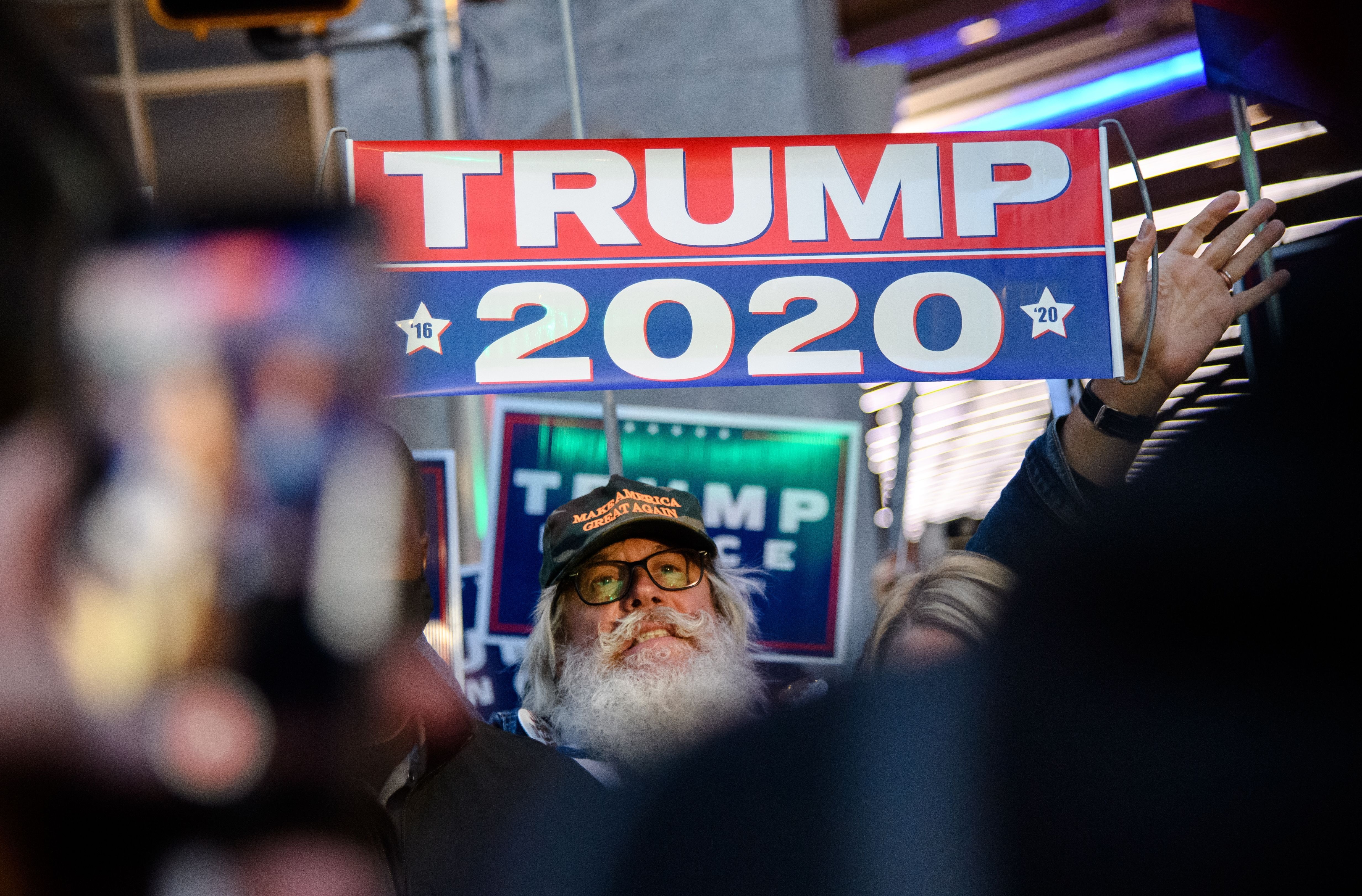 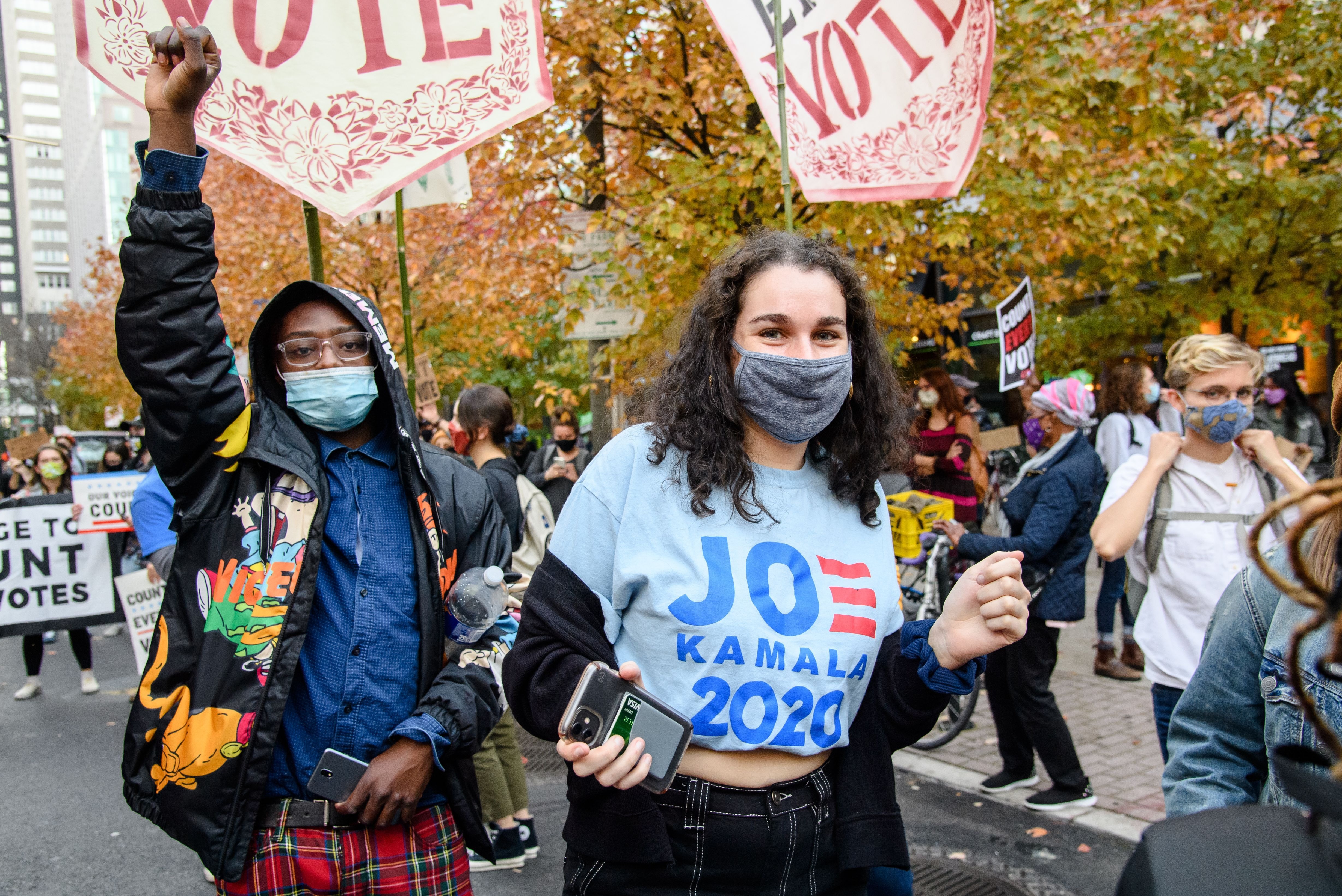 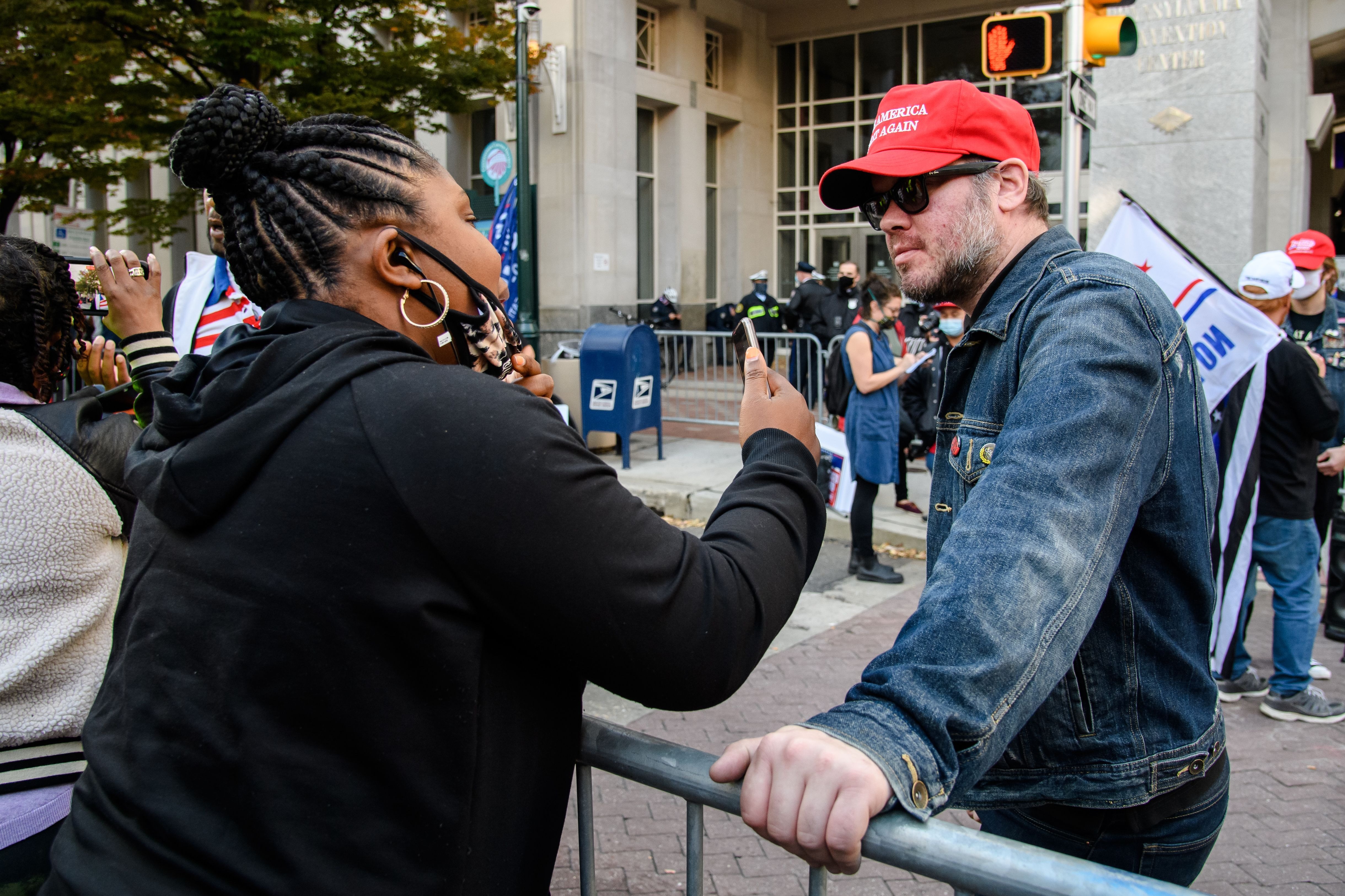 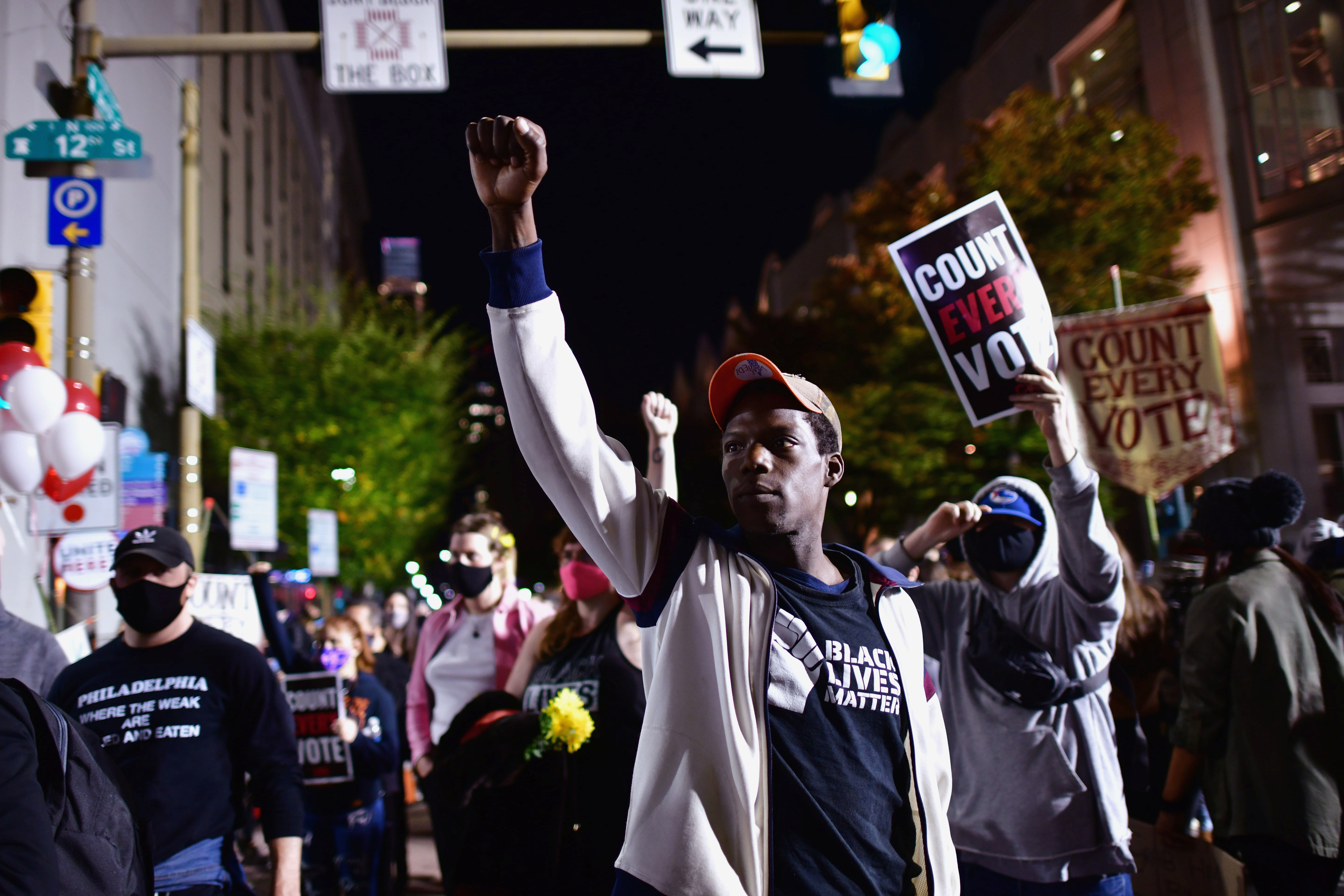 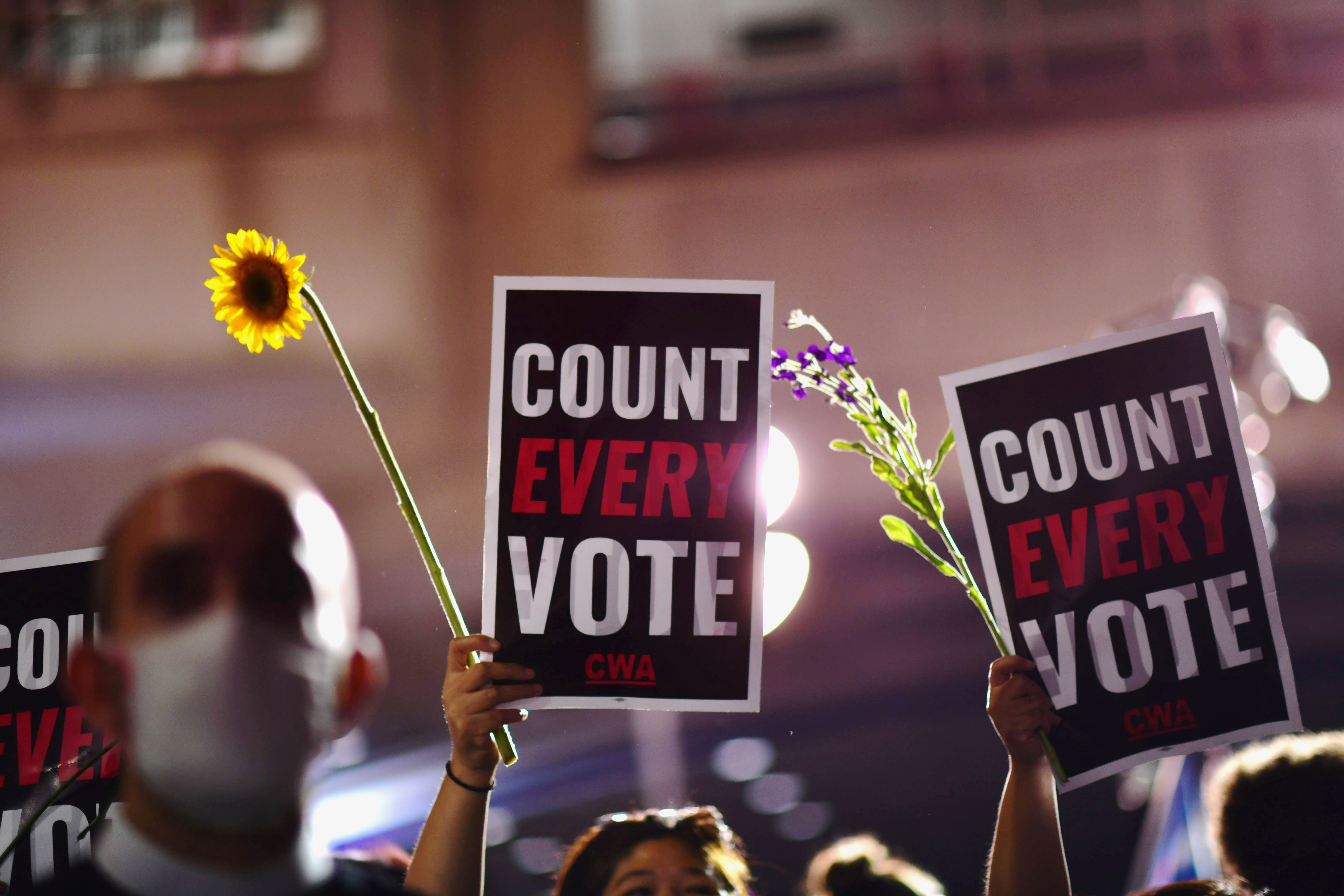 Biden, 77, would become the next president by winning Pennsylvania, or by winning two out of the trio of Georgia, Nevada and Arizona.

Trump's likeliest path appeared narrower – he needed to hang onto both Pennsylvania and Georgia and also overtake Biden in either Nevada or Arizona.

Officials in Georgia and Pennsylvania said they hope to finish counting on Friday, while Arizona and Nevada are still expected to take days to finalize their vote totals.

On Thursday evening, Trump appeared in the White House briefing room and alleged the election was being "stolen" from him.

Offering no evidence, Trump lambasted election workers and sharply criticized polling before the election that he said was designed to suppress the vote because it favored Biden.

"They're trying to rig an election, and we can't let that happen," Trump said.

Biden, who earlier in the day urged patience as votes were counted, responded on Twitter: "No one is going to take our democracy away from us. Not now, not ever."

Trump's remarks followed a series of Twitter posts from him earlier in the day which called for vote counting to stop.

Trump's campaign has also pursued a flurry of lawsuits in several states, though judges in Georgia and Michigan quickly rejected challenges there.

In Harrisburg, about 100 Trump supporters gathered on the steps of the Pennsylvania State Capitol Building as part of a "Stop the Steal" demonstration organized by Virginia conservative activist Scott Presler.

In Milwaukee, some 50 supporters gathered in front of a city building where votes were being counted, blasting country music, waving flags and carrying signs reading "Recount" and "Rigged".

Roughly a dozen counter-protesters arrived after an hour, shouting "Black Lives Matter" and "say their names," referring to the victims of police brutality.

Others threw eggs at the Trump supporters from a passing car.

Cars and bicycles sponsored by activists from a group called Shutdown DC also paraded through the streets of Washington D.C. on Thursday to protest what they called "an attack on the democratic process" by Trump and his "enablers". 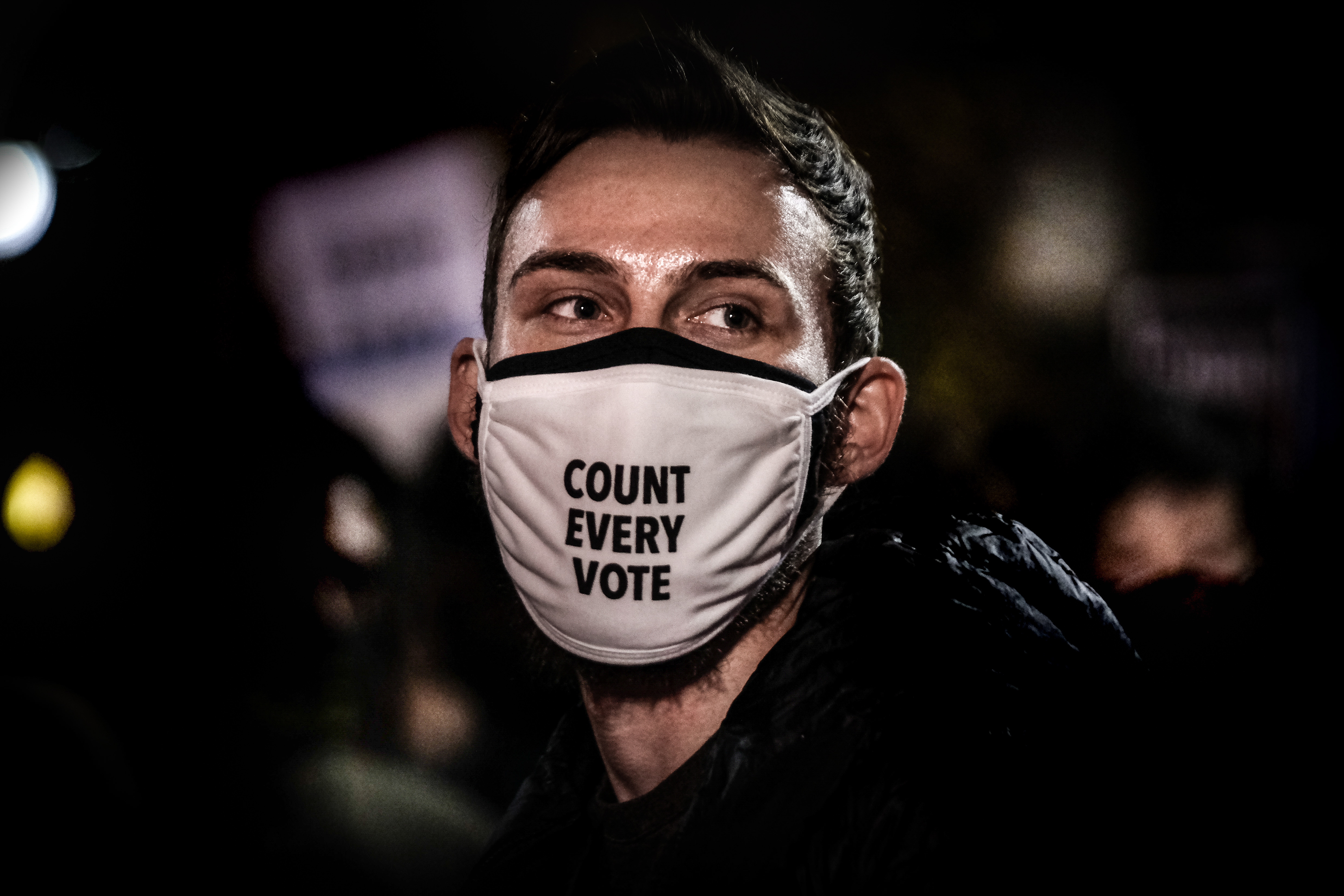 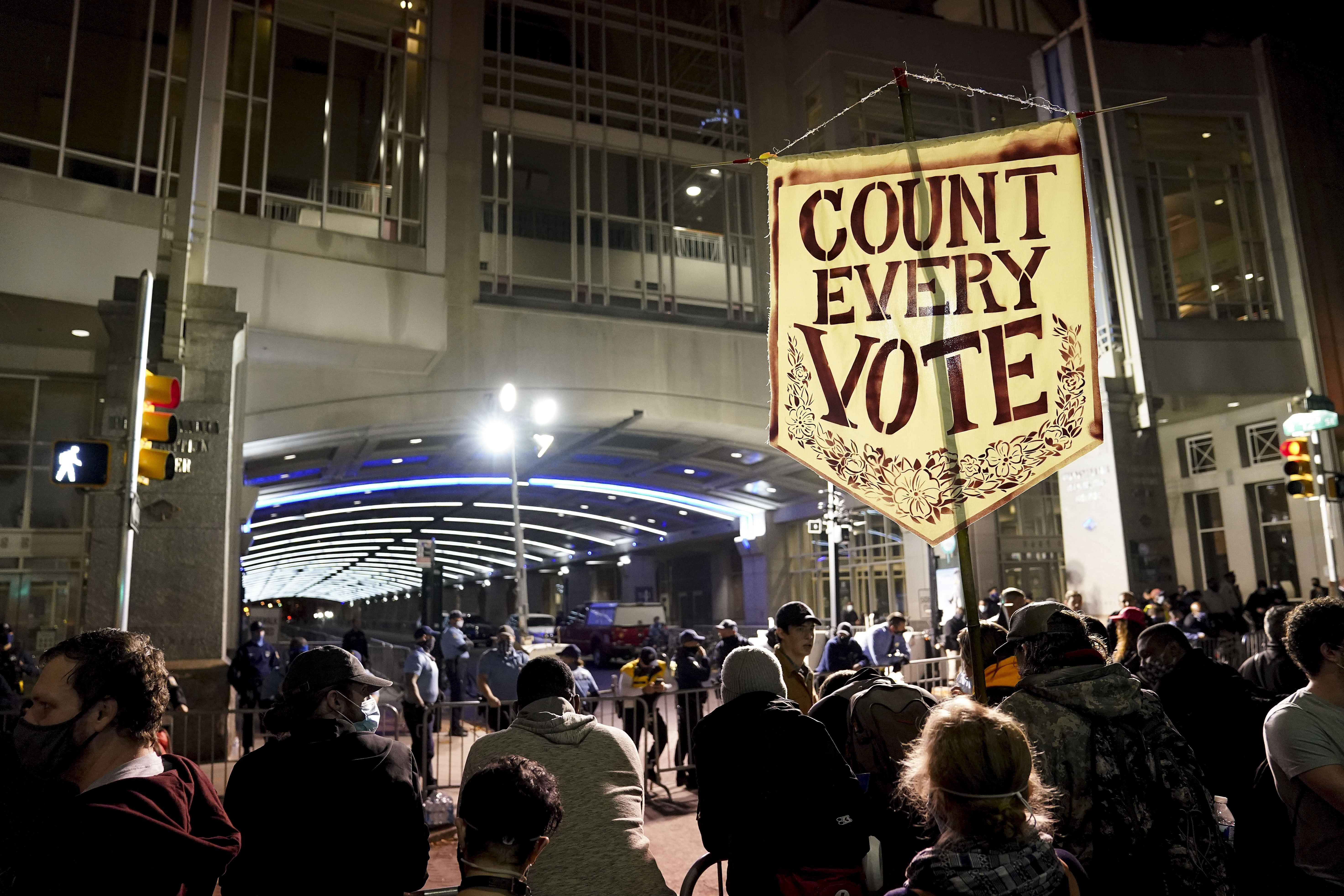