‘I conquered cancer, so swimming from Asia to Europe was… really hard work,’ says BBC political journalist after racing between continents and raising £10,000 for charity

So this is how it is. I am thrashing about in the middle of the Bosphorus, the strait that divides Istanbul and separates Europe from Asia.

I am gulping mouthfuls of brine as a nasty little swell washes over my head. I am being jostled by hundreds of other swimmers barging their way past. My goggles are misting up and I have been in the water for only a few minutes.

The finish seems intimidatingly distant, far to the south. And I am asking myself: what the hell am I doing here? 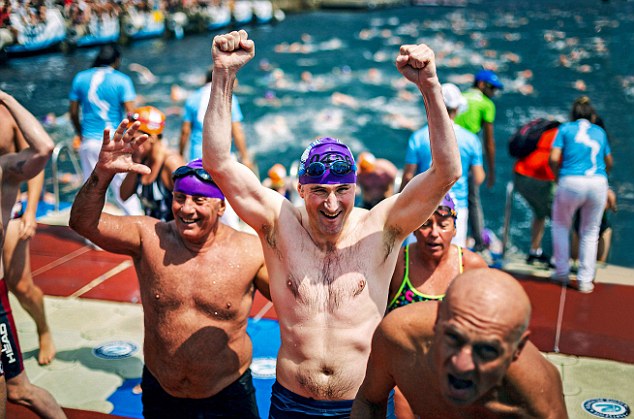 I did it! James Landale celebrated at the finish line after racing in the Bosphorus strait

The answer, of course, is pathetically predictable. I am turning 50 this year, yet another man attempting to resist middle age with a futile demonstration of physical prowess. Some cliches I can resist – I cannot afford a Porsche, I refuse to wear Lycra – but the idea of swimming between two continents had a certain appeal.

A friend did the race last year, told me about it, and I was hooked. It seemed an endeavour that was challenging but achievable, outside my comfort zone but not my meagre talents.

And there was another reason I was here. Nine years ago I was treated for non-Hodgkin’s Lymphoma, a cancer of the network of tubes and glands at the heart of the body’s immune system. The doctors loaded me up with as much chemotherapy as they could manage. It knocked my socks off. 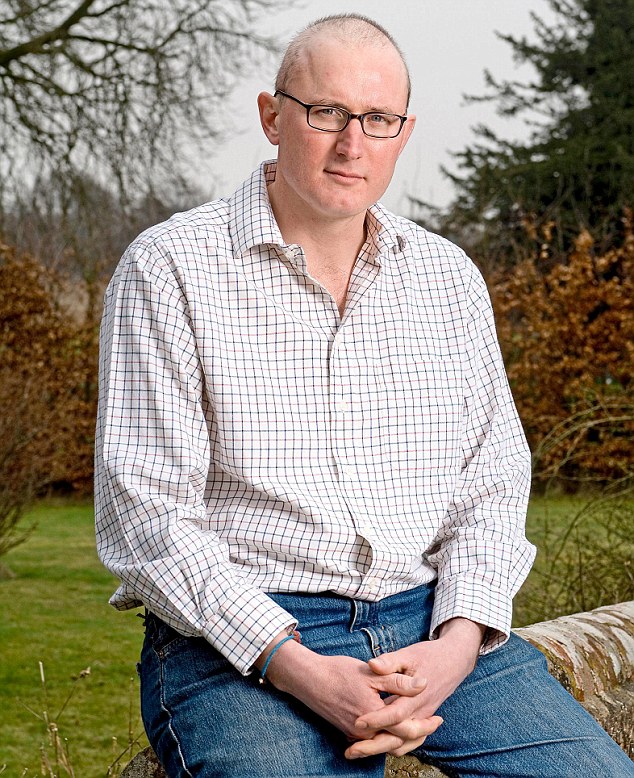 The poison did its work and I am still here. But the treatment left me fatigued for years and tore chunks out of my natural fitness. It was time to put that right.

So with a 6.5km – or four-mile – race down the Bosphorus as my target, I went back to school to learn how to swim again. The front crawl I was taught 40 years ago has been renamed ‘freestyle’ and it is, er, somewhat different.

At the Marshall Street pool in central London, my excellent instructor, Dave, took my stroke apart and gradually put it back together again.

At the same time I joined a gym with a pool and learned to love my evening lengths when the phone was banished and I was at one with my mind and lungs.

Once I was fit enough to judge I was physically up to the race, I went public. Friends, naturally, took the mickey, all the more so once it emerged that Pippa Middleton had swum the race a few years ago. It is one thing to have a midlife crisis, a friend told me, quite another to make a pert bottom your aim.

Some family were worried I might have a heart attack mid-swim. But most fell in behind me, especially when I told them I would use the race to raise £10,000 for two fabulous children’s charities. 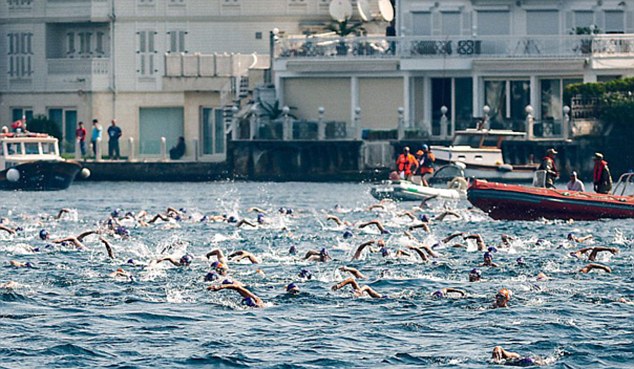 Some 2,400 people swam the race (pictured). There were more than 50 nationalities involved, including about 140 Brits

The Ellen MacArthur Cancer Trust helps young people recover from cancer by using sailing to rebuild their confidence. It gets children and teenagers out on the water to share their experiences, build new ones, and rediscover their self-esteem.

So, with a clear objective, I paid on the bottom line.

Taking part in a race organised by the Turkish Olympic Committee is, as you might imagine, not straightforward. But a fantastic travel company called SwimTrek sorts all the paperwork and hotels. Without them, it would be hard to make the race. And what a race it is. Until you arrive, you do not realise the scale of the event. Some 2,400 people will be swimming. Many, of course, are Turks but there are more than 50 nationalities involved, including about 140 Brits.

There is a large race village on the European shore. I register and get a security pass claiming that I am an athlete representing GBR, but all thoughts of Olympian hubris are instantly dismissed.

We get a tour of the course by boat, steaming steadily up to the start on the Asian side, and it is only then that one fully appreciates the distances involved. It looks a long, long way. As we turn and head down the course, we are given landmarks to follow and advice about currents that will help us reach the finish. 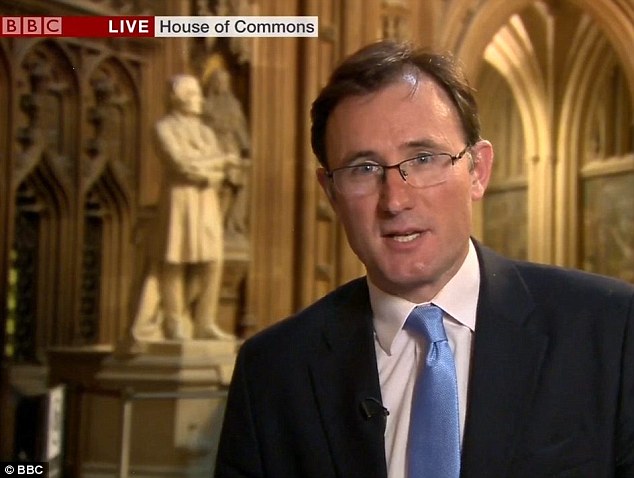 Landale reporting from the House of Commons for BBC News

As race day dawns, I feel suitably nervous but I am also calm: I have notched up thousands of lengths in the pool, I have mentally swum the course many times and I have had a good breakfast. I am as prepared as I can be.

The race village is a hubbub of flesh as more than two thousand twitchy swimmers rush to get ready. We strip to our costumes, slap on the sun cream, grab our hats and goggles and head to the boats. Two ferries carry everyone to the start. It is an odd moment: never before have I made nervous small talk with so many semi-naked people. We study the course, stretch our legs and wonder again if we will finish in time. Anyone still swimming after two hours will be unceremoniously plucked from the water by the coastguards.

The boats dock at a quay, a launching pontoon is attached. And suddenly, it is time. We pour like lemmings into the water. It is chaotic. We head out into the channel, if nothing else to avoid being jumped on by someone else.

And then it hits you. What looked like a small ripple from the deck turns out to be a rather vicious chop. I take my first mouthfuls of Bosphorus. All the lovely technique of the pool gets ditched and it is just a question of swimming clear. Some less sportsmanlike competitors start pushing past, limbs flailing in all directions. No quarter is given. Some swim into you, some across you, others stop right in front of you. It is quite elemental.

But soon the water opens up, we find some space and the swell diminishes. I find a rhythm of sorts. I free some mental space to focus on the landmarks. The key is to stick to the middle to benefit from as much current as possible. It suddenly strikes me how this may be a mass race but each competitor is fighting his or her own private battles, against the fatigue, the chop and the fear they might not have what it takes to go all the way.

Slowly I begin to make some progress and sooner than I expect, the finish is in sight. I grind out the strokes until the end is reached. I climb out on to the pontoon. I am tired, bruised and have too much Black Sea in my gut.

I have done it in one hour 35 minutes. This is not fast and I am handsomely beaten by a man with one leg. But the race is done and it feels good.

You can help support James’s charities at ellenmacarthurcancertrust.org and thenasiotrust.org.