The most aggressive place on earth? Disney tells revelers ‘be the magic you want to see in world’ – as it rolls out a behavior guide after fights and abuse skyrocket

Disney has revealed new behavior rules urging theme park visitors to ‘be the magic you want to see in the world’ – as fights at the resorts have become shockingly routine.

The new ‘courtesy’ section appeared earlier this month on the Disneyland and Disney World websites. Visitors are now spending about $200 on day tickets, so officials are determined to ensure their experiences at ‘The Happiest Place on Earth’ live up to the billing.

‘We ask all who come to this happy place to treat others with respect, kindness and compassion,’ says the new message.

And there’s a sterner warning for non-abiding visitors: ‘Be the magic you want to see in the world. You must always remember to treat others with respect, kindness and compassion.

‘Those who can’t live up to this simple wish may be asked to leave Walt Disney World Resort.’ 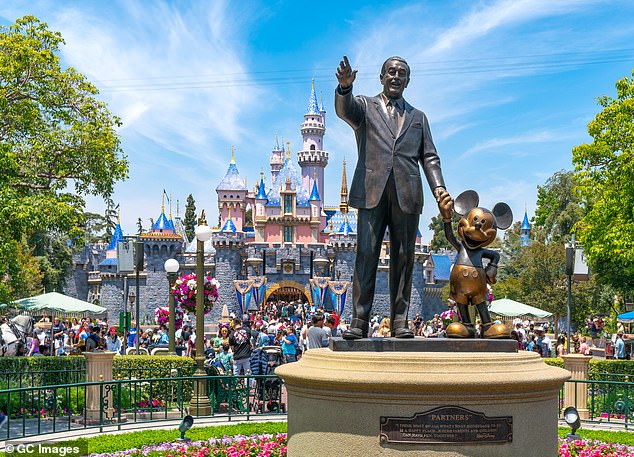 The new guidelines urge visitors to ‘treat others with respect, kindness and compassion’

The warning comes as fights have been regularly breaking out at the theme parks.

The most recent massive brawl occurred in July, when two families at Disney World in Florida got into a shocking altercation that involved about 10 people.

The saga began when a member of one family standing in line for a performance at Mickey’s PhilharMagic theater left the line to retrieve her phone from an electric scooter.

When she came back, another family refused to allow her back to the front of the line and pushed the girl as she tried to move past.

Clips from the scene showed the scale of the subsequent chaos as the families fought and screamed profanities, while others desperately tried to shield their children.

Several bystanders attempted to intervene as the two groups battled it out, until Disney staff eventually managed to break up the brawl.

One man was hospitalized due to a severe facial laceration, while others sustained a variety of smaller cuts and bruises. 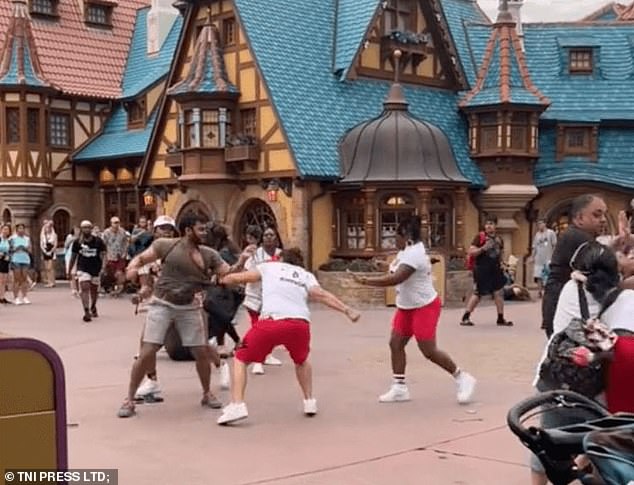 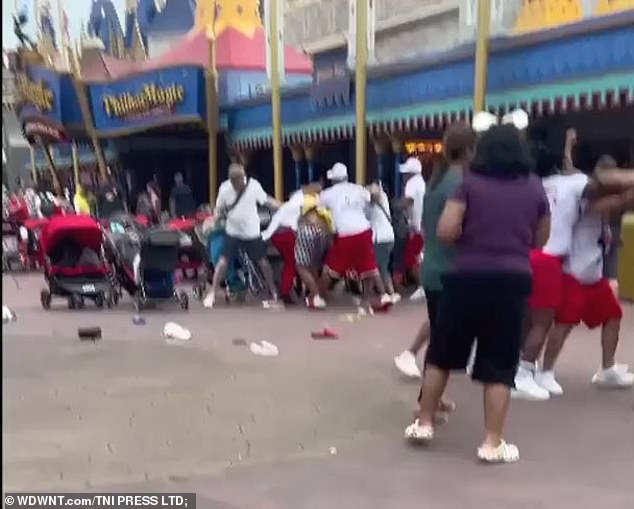 Another massive fight played out in July 2019 between families at Disneyland in California.

Two men and two women got into a heated battle and threw punches, dragged hair and spat in each other’s faces while in Toontown.

In a four-minute video of the incident, a man in a pink shirt says: ‘Don’t disrespect my daughter… I don’t give a f**k b***h’, leading a woman in a white shirt to spit in his face.

The man repeatedly hits her and a man next to her in the face.

The woman screams: ‘Hold my daughter!’ and pushes her double stroller to the side as the two men jump around each other with their fists raised.

As the two start punching each other, children are heard crying in the background.

Several bystanders shout for security, before the fight is broken up by men standing nearby.

At the time, Disney told DailyMail.com that it doesn’t condone the behavior. 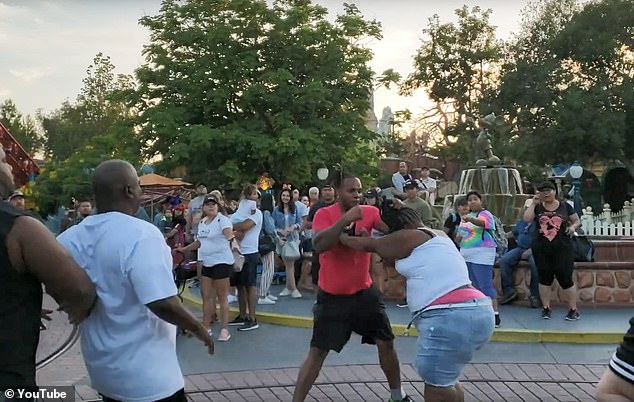 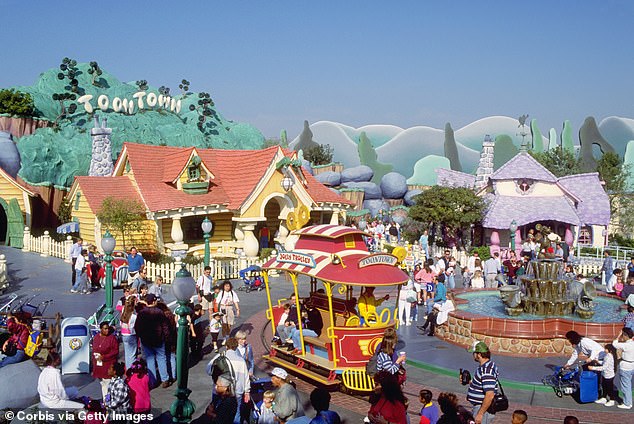 The fight broke out at Toontown (above) when two men and two women got into a heated fight where they threw punches, dragged hair and spat in each other’s faces