Charities are demanding the Government stop ‘stalling’ on the publication of its 10-year plan to tackle dementia.

Ministers are poised to miss tomorrow’s deadline for unveiling the ‘bold’ and ‘ambitious’ strategy, which was promised more than seven months ago.

There are concerns the Department for Health and Social Care’s failure to come forward with the proposals could hinder Britain’s ability to capitalise on breakthrough drugs.

At the end of last month, it was announced that trial results had confirmed lecanemab was proven to slow Alzheimer’s disease in a ‘momentous and historic’ study.

There are currently around 900,000 people with dementia in the UK, which is projected to rise to 1.6million people by 2040.

It is estimated that one person develops dementia every three minutes in Britain.

Sajid Javid, the then health secretary, pledged to deliver a new 10-year plan to tackle dementia at an Alzheimer’s Society conference in May.

The publication of the plan was promised by the end of this year, with DHSC saying the strategy would focus on harnessing new medicines and emerging science and technology.

Proposals were also promised on how to support people with their specific health and care needs while living with dementia.

Campaigners have revealed their frustration at how they are now only being told the 10-year plan will come ‘in due course’, as the Government delays publication of the strategy.

One charity said it had been given the same non-committal answer a staggering 22 times when making enquiries about progress on the strategy. 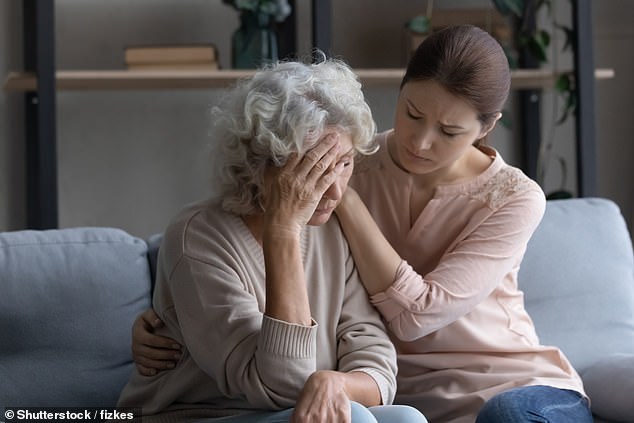 There are currently around 900,000 people with dementia in the UK, which is projected to rise to 1.6million people by 2040 (stock image) 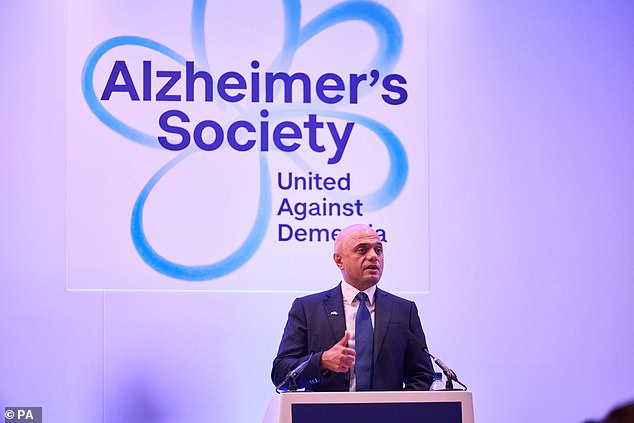 Sajid Javid, the then health secretary, pledged to deliver a new 10-year plan to tackle dementia at an Alzheimer’s Society conference in May 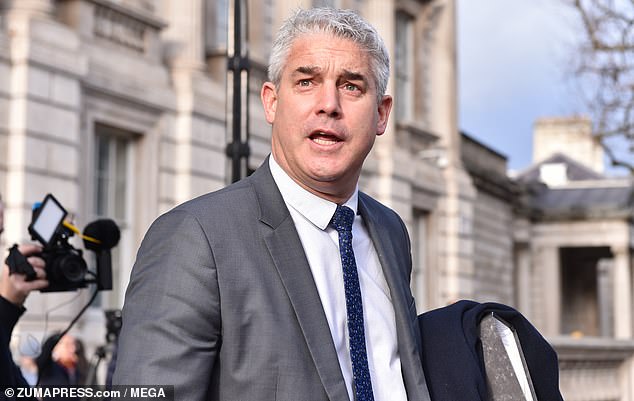 ‘Crucial to this plan was getting the health and social care “system-ready”, so breakthrough treatments can be made available in the UK as soon as possible.

‘Last month, we got the announcement of a ground-breaking drug, lecanemab, that slows cognitive decline for people with early Alzheimer’s.

‘But frustratingly, this breakthrough will mean little to people with dementia in the UK if accurate and timely diagnosis targets aren’t met – as they haven’t been since 2020.’

Ms Carragher expressed her concern at the ‘waning’ progress on the promised 10-year plan.

‘While previously we were expecting the plan to be published by the end of this year, now the Government has responded to our queries on when the plan will be delivered with a non-committal “in due course” a total of 22 times,’ she added.

‘People with dementia cannot wait for “due course”. They need action now.

‘The Government should seize the hope and opportunity that research advancements have presented, instead of stalling on the life-changing plan for the 900,000 people with dementia in the UK.’

Dr Susan Mitchell, head of policy at Alzheimer’s Research UK, called on the Government to ‘deliver leadership that capitalises upon the breakthroughs that are on the horizon’ as she noted how the next 10 years should be a ‘game-changing decade’.

She said: ‘We are disappointed that we are yet to see the 10-year plan that was announced under Boris Johnson’s leadership, and a clear roadmap from Government is vital for progress in research and the delivery of more effective diagnosis, risk reduction and treatments for dementia.

‘While the current Government has committed to a “Dementia Mission” which will focus on fast-tracking the development and delivery of new medicines for diseases like Alzheimer’s, there is more to do that could be delivered through a dementia plan.

‘In particular we need action now to support earlier and more accurate diagnosis in the NHS by preparing for new diagnostic techniques that have the potential to detect the diseases like Alzheimer’s years earlier than we can today.

‘With the first of what we hope will be many new treatments emerging from clinical trials the NHS needs to be ready to deliver new dementia drugs, as we don’t yet have the physical or workforce infrastructure within primary care to deliver a new treatment.’

‘Families that are affected by this cruel disease will be dismayed,’ she said.

‘It is disgraceful that this strategy was announced in May and three prime ministers later, it is still nowhere to be seen.

‘The only thing the Conservatives have managed to do in these seven months is kick plans to reform social care into the long grass once again.

‘Their failure to fix the system means that across the country, people with dementia and their loved ones are struggling to get the vital support they need.

‘Families can’t wait for the Government to get its act together.’

A Department of Health and Social Care spokesperson said: ‘We want a society where every person with dementia, their families and carers receive high quality, compassionate care in the right place.

‘This week, NHS England announced hundreds more people will be checked for dementia thanks to a new specialist service being trialled across the country.

‘The Government made £17million available to Clinical Commissioning Groups (CCGs) last year to tackle dementia waiting lists and increase the number of diagnoses, and we have committed to double funding for dementia research to £160million a year by 2024/25.

‘We are currently reviewing plans for dementia in England and further information will be available in due course.’