Body of a man is found at a primary school on New Year’s Day: Police treat death as ‘unexplained but not suspicious’

A coroner’s investigation has been launched in Banbury, Oxfordshire, after the body of a man was found at a primary school on New Year’s Day.

Thames Valley Police reported the discovery of a body at St Leonard’s School in the hamlet of Grimsbury, near Banbury, which had been closed for the Christmas holidays.

Police said that the death was not being treated as suspicious but the cause of death was so far unexplained.

Officers found the man’s body and forensic specialists were called to the scene to carry our initial inquiries. 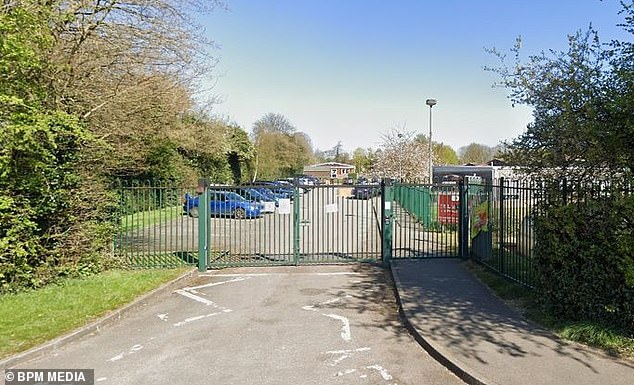 The body of a man was found at St Leonard’s School (pictured) in Grimsbury, near Banbury, Oxfordshire, on New Year’s Day

A spokesman for Thames Valley Police, which covers Berkshire, Buckinghamshire and Oxfordshire, said: ‘A man’s body has been found in the grounds of a Banbury school. The man’s death is being treated as unexplained but not suspicious.’

A blue forensic tent was erected and the road outside the school cordoned off. 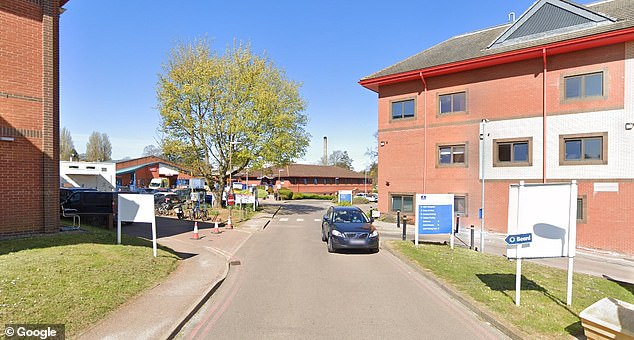 No details of the man who died or the cause of his death have been released so far. Unconfirmed reports suggested that it was being treated as a potential suicide.

The man’s body was taken to Horton General Hospital mortuary where a post mortem examination to establish the exact cause of death will be carried out by a pathologist.

Oxfordshire coroner Darren Salter will open an inquest into the death later in the week.