Home » World News » How much is Alexandria Ocasio-Cortez worth? 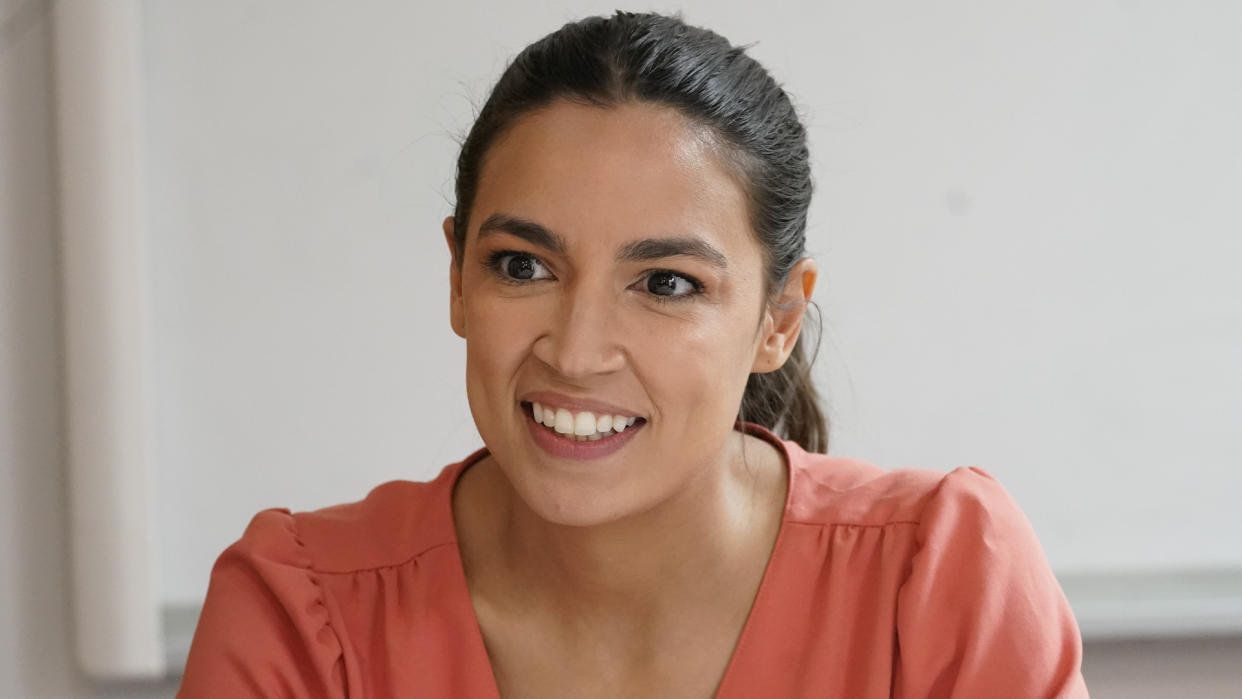 Rep. Alexandria Ocasio-Cortez, D-N.Y., 33, is the youngest woman to be elected to Congress.

See: How Rich Is Bernie Sanders?
Find Out:How Much Is President Joe Biden Worth?

Ocasio-Cortez, who represents New York’s 14th Congressional district, is affectionately known as AOC and has become the modern face of the political left since she was elected in 2018.

True to millennial form, she’s honest about her former experience as a bartender, forgoing health insurance coverage and carrying student debt. She is adept at social media and makes her way on national media more than most of her colleagues.

She is currently involved in a Twitter battle against Elon Musk. She believes her account is experiencing difficulties after being critical of the new management at Twitter, according to The Hill.

When she’s not clapping back at her social media trolls or defending her sartorial choices, the outspoken representative is championing a progressive platform that includes the Green New Deal, a proposal for the U.S. to shift its reliance to clean, energy-efficient sources.

She’s not rich, but she didn’t rely on smoke and mirrors to inflate her stature or campaign. Leaning into what some would have called her Achilles heel — her age and apparent lack of wealth — scored Ocasio-Cortez major likability points from her base that ultimately elected her.

Ocasio-Cortez found a seat at the congressional table despite the fact that the median net worth of U.S. Congress members is over $1.1 million as of 2015, with a cumulative wealth of at least $2.43 billion. The self-described democratic socialist caught heat shortly after her election when the media learned she had less than $7,000 in her bank account. Instead of shying away from her account balance, Ocasio-Cortez doubled down to tweet that she was newly insured and had recently purchased her first couch.

She was featured in “Time’s 100” in 2019. She has been included in the documentaries “Knock Down the House” and “To the End.”The latter, which focuses on climate change, debuted at the Sundance Film Festival in 2022.

Ocasio-Cortez’s story is reflective of her base constituency in New York’s Bronx and Queens boroughs. She’s the daughter of two Puerto Rican parents, and she briefly left New York to study at Boston University. After graduation, she returned home and began working as a community organizer while moonlighting as a waitress and bartender to support herself.

Discover: How Rich Is Nancy Pelosi?
Learn: How Much is Former GOP House Member Liz Cheney Worth?

She splits her time between Washington, D.C., and her constituency in the Bronx.

Michelle Tompkins contributed to this article.

This article originally appeared on GOBankingRates.com: How Much is Alexandria Ocasio-Cortez Worth?