BOURNEMOUTH beach has today been evacuated after a huge fire broke out when three beach huts went up in flames in front of horrified sunseekers.

Dramatic images show a giant plume of smoke billowing over sunbathers as the giant inferno rips up a steep bank of trees just yards from the sand. 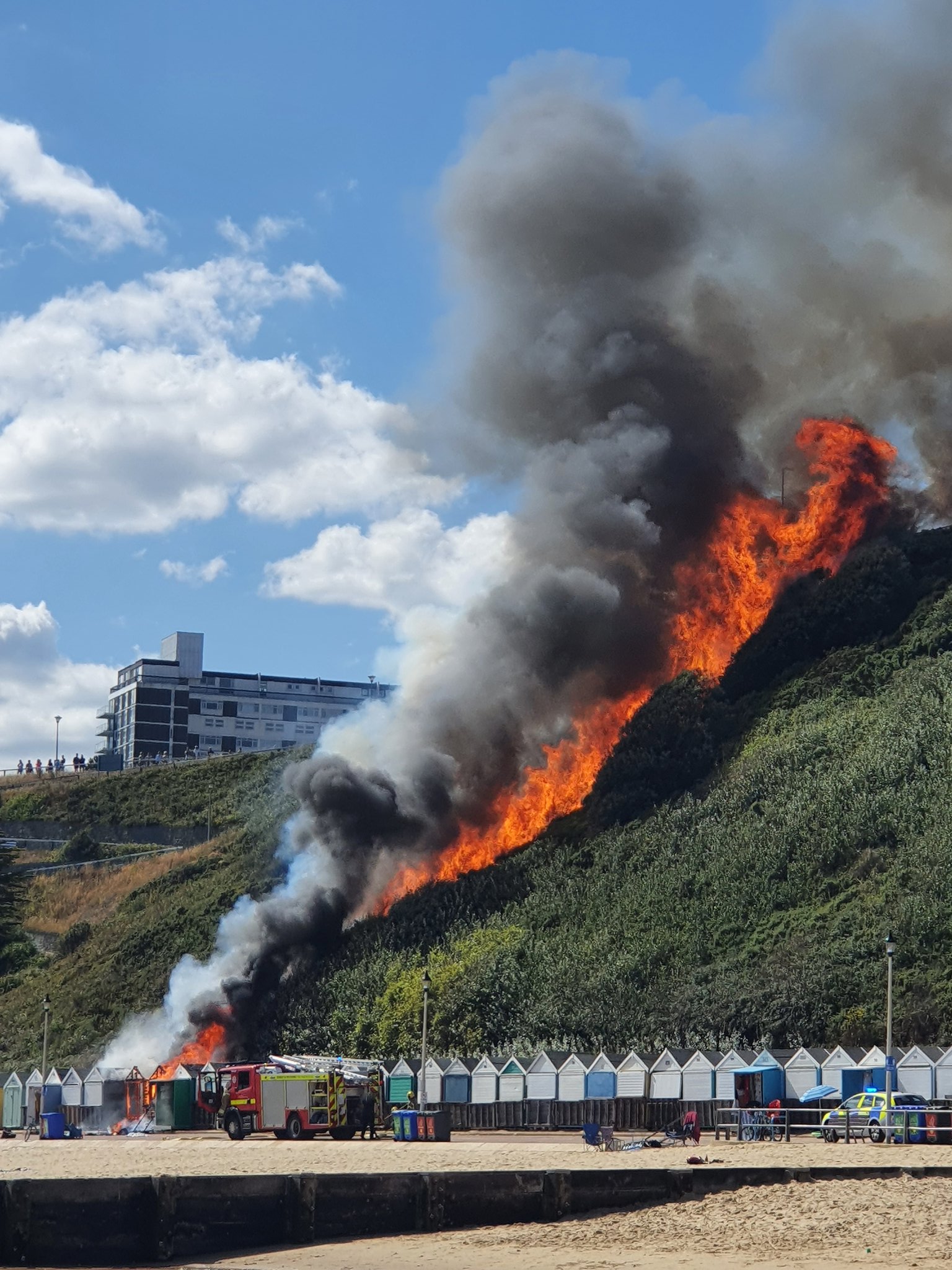 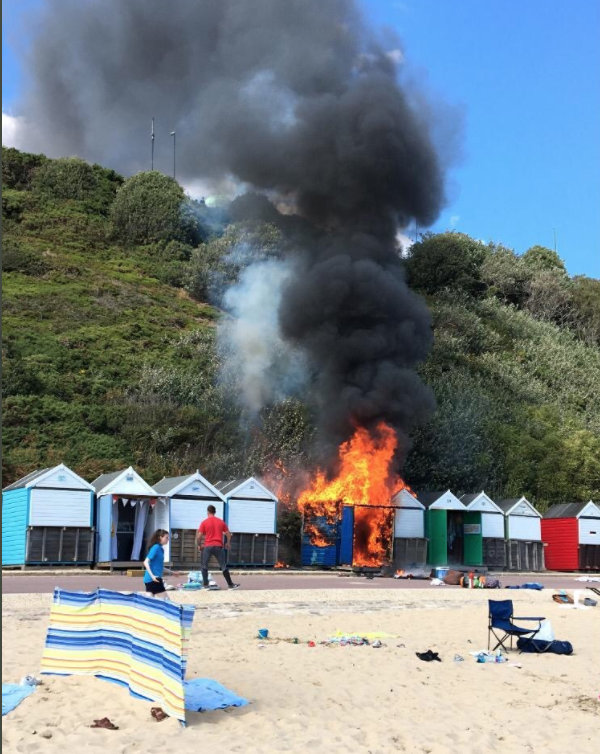 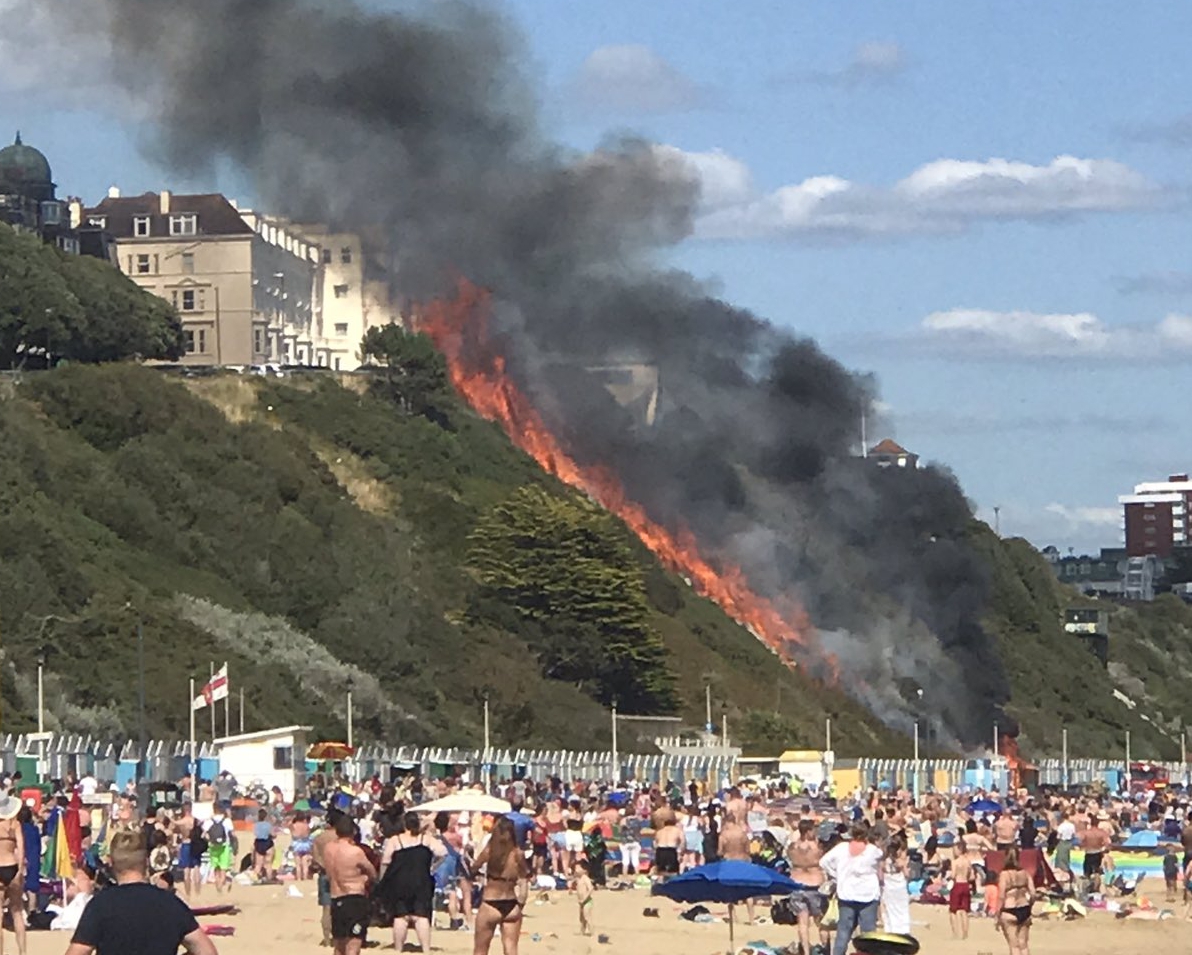 Emergency services have now confirmed a beach hut caught fire and spread to other huts on the busy promenade popular with beach-goers just before 4pm.

Hundreds of sunworshippers were seen watching on in horror as the huge flames filled the sky in 22C heat.

Police rushed to the scene and closed off the roads leading up to the beach as desperate attempts were made to bring the blaze under control.

One woman, who lives near the beach, said: "Just over the road from my flat. It's raining ash in my garden."

Dorset Police said: "Please avoid the area of the West Cliff lift on Bournemouth’s West Cliff following a beach hut fire, which has spread to nearby beach huts and is moving up the cliff.

"A cordon is in place for the safety of members of the public. We are assisting with the cordon."

Please avoid the area of the West Cliff lift on Bournemouth’s West Cliff following a beach hut fire, which has spread to nearby beach huts and is moving up the cliff.

Dorset & Wiltshire Fire and Rescue Service said: "We currently dealing with a fire on West Undercliff in Bournemouth, affecting three beach huts and approximately 100 sqm of heath on the cliff face.

"We were called to the scene at 3.51pm and have fire crews in attendance from Redhill Park, Springbourne, Westbourne and Christchurch, together with the aerial appliance from Westbourne. Additional crews are en route.

"The fire is causing significant smoke across the promenade and across West Hill Road.

"People are asked to stay away from the area, and to keep doors and windows closed as a precaution."

It comes just weeks after thousands of Brits ignored pleas to stay away by travelling to Bournemouth beach during the heatwave.

Bournemouth council declared a major incident after services were "completely overstretched" when huge numbers of visitors crowded on to the beach.

Roads were gridlocked, hindering emergency vehicles, and more than 40 tonnes of rubbish were removed from the coastal hotspot in just one day. 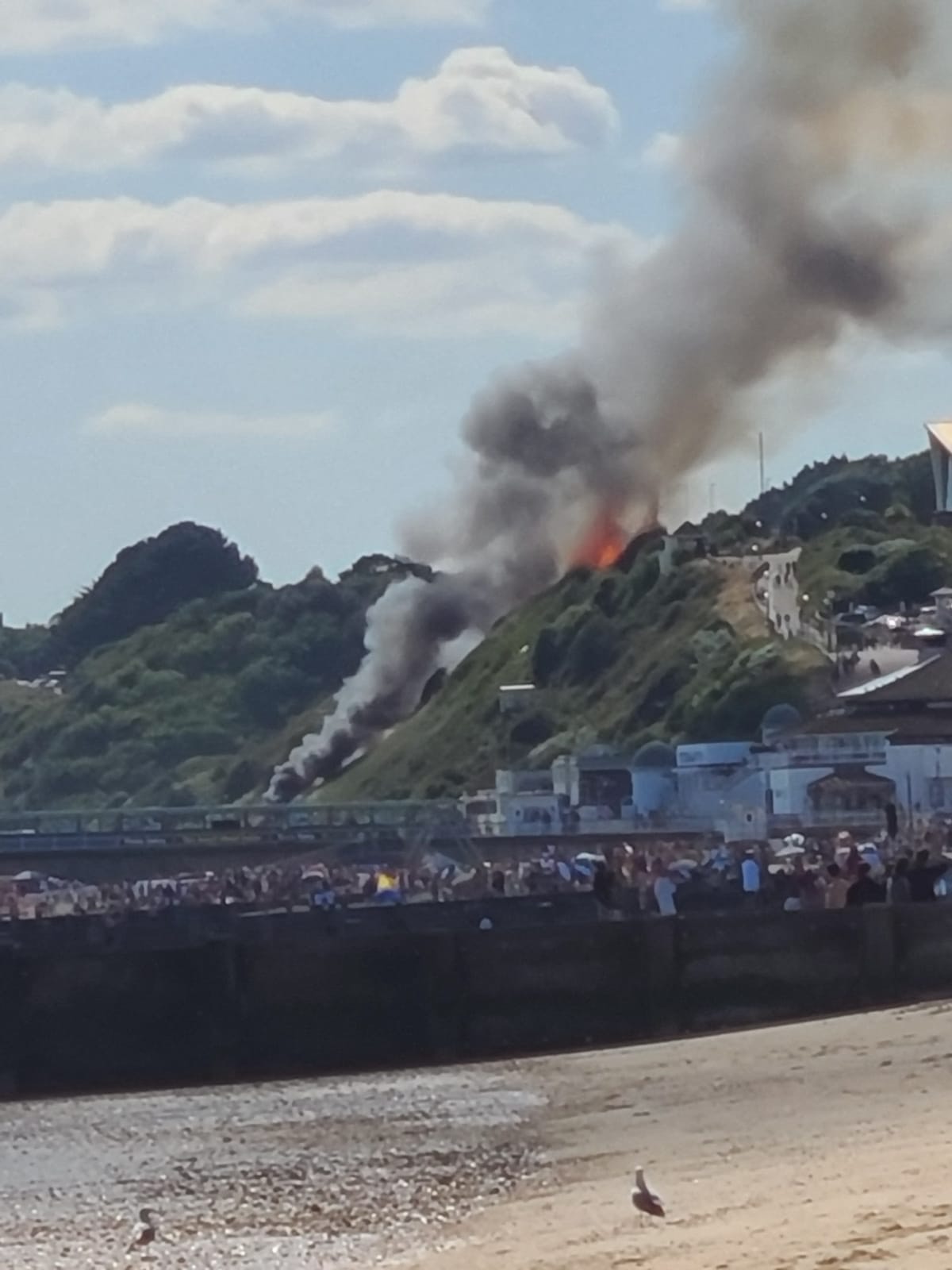 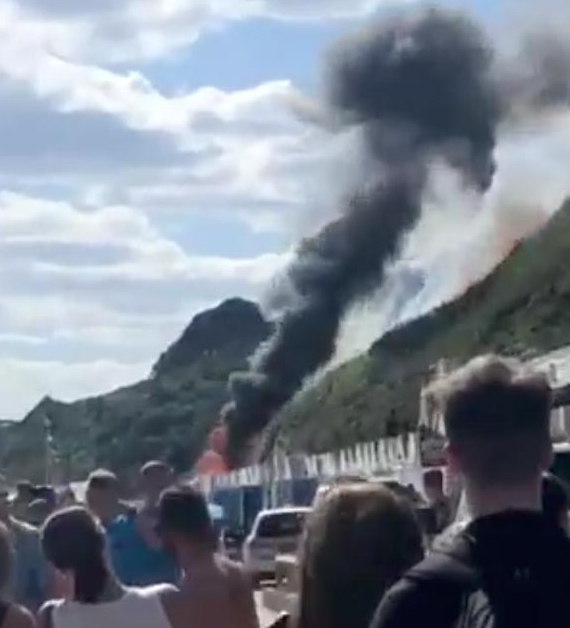 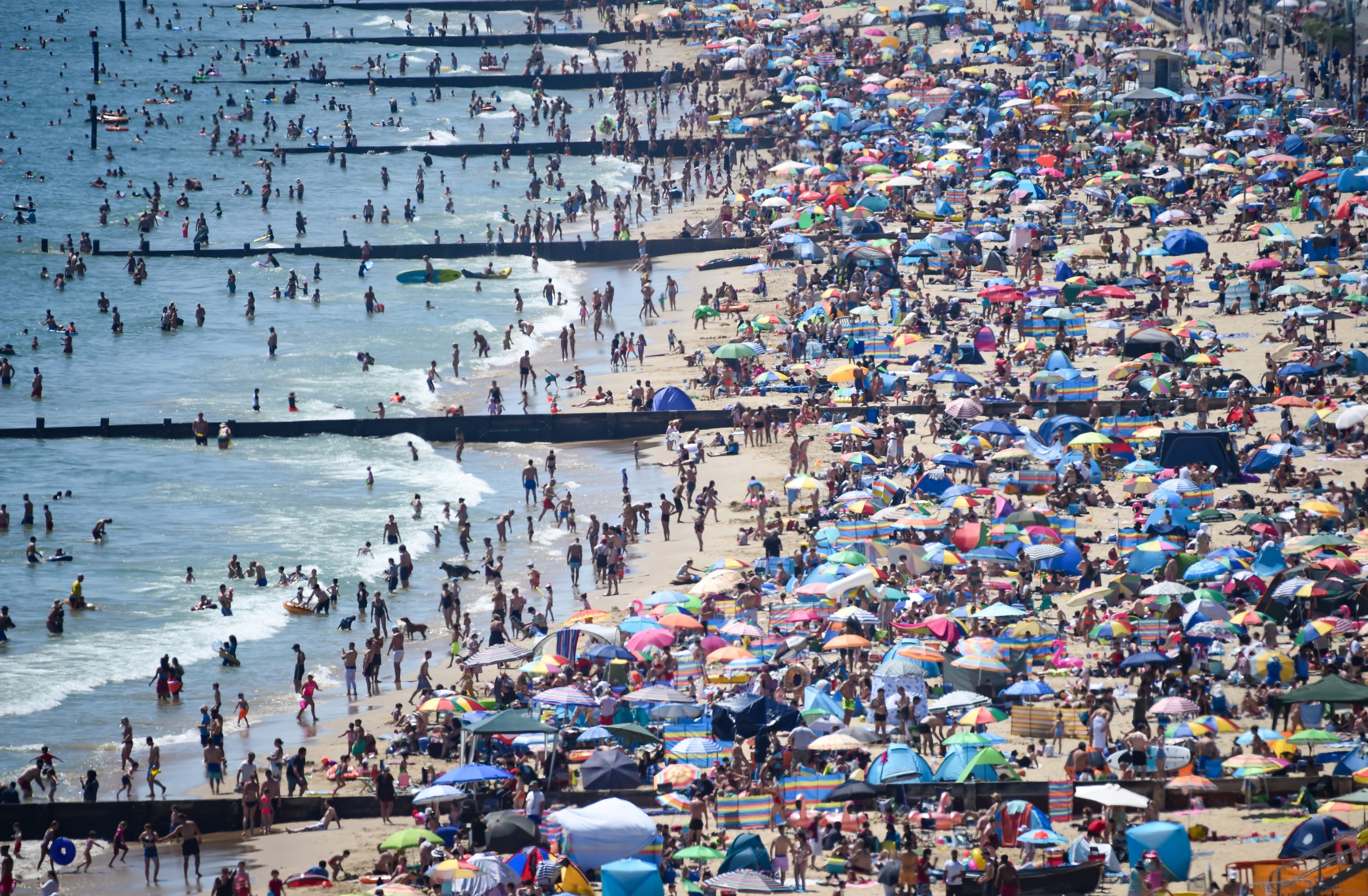