A BRAZILIAN nurse beat Covid-19 and then got reinfected with the country's new strain, sparking fears the variant may be more contagious.

Another new variant was found in Brazil, which has led to ministers banning all flights to the UK from the country as well as other parts of South America. 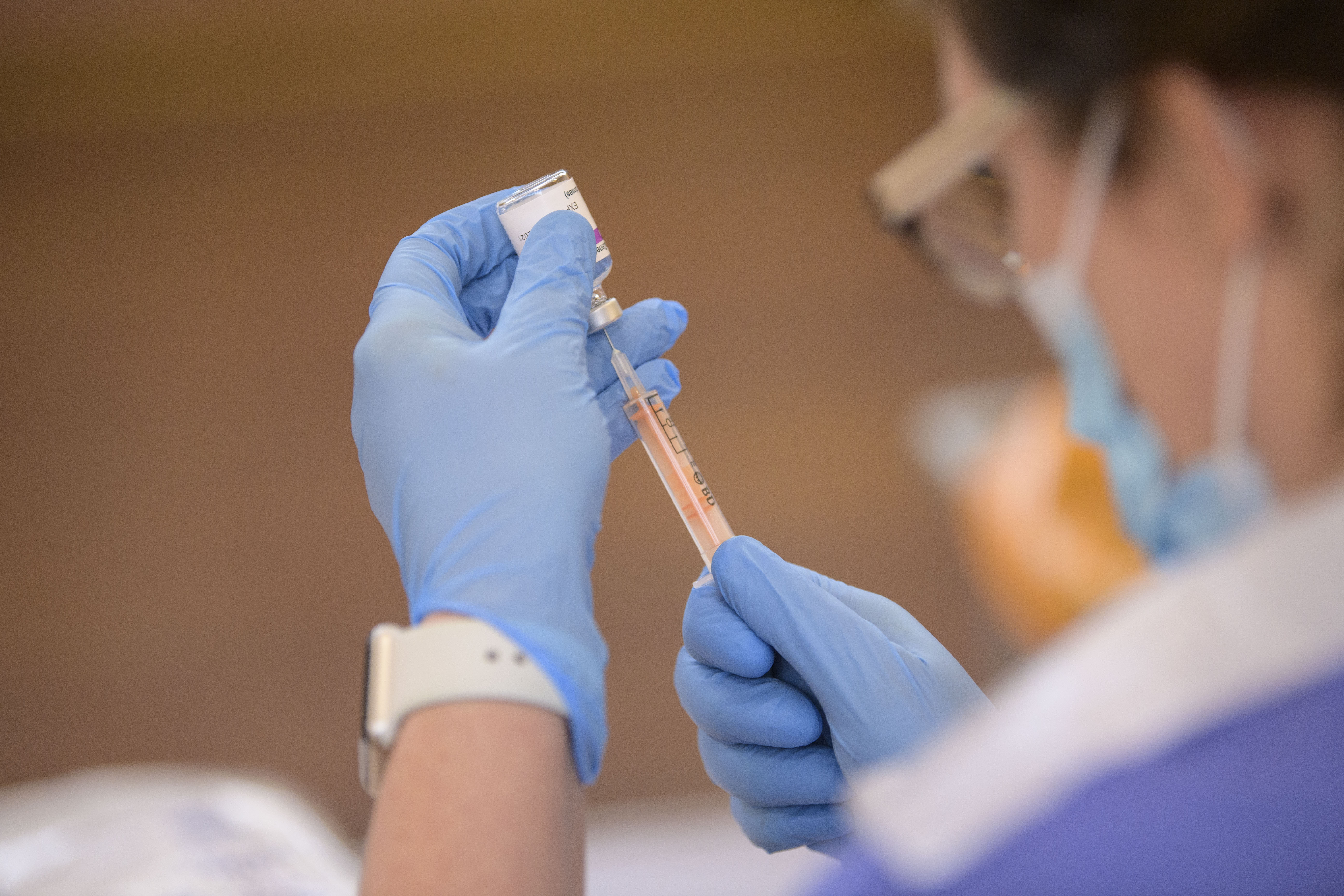 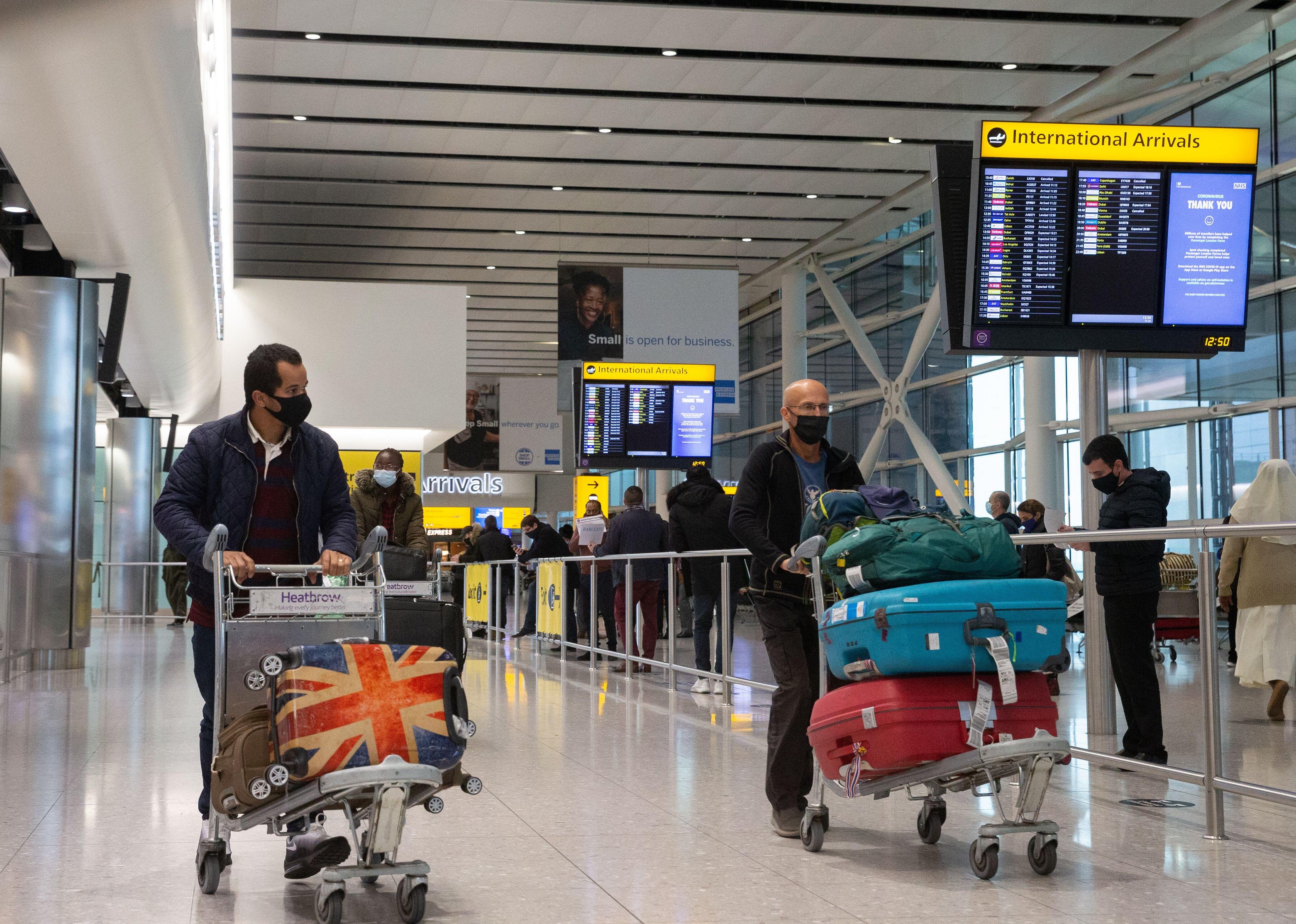 It carries a mutation that could make the virus get past immunity developed from previous version of the bug.

The unnamed 45-year-old nurse came down with the new variant in October – five months after she recovered from an older strain of Covid-19.

However, her symptoms were worse the second time she caught the virus.

Researchers from the Oswaldo Cruz Foundation, a science institute in Rio de Janeiro, have warned that mutations on the new variant could increase the risk of reinfection.

The researchers wrote that "viral evolutions may favour reinfections".

They claimed that recenlty spotted variants "have raised concern on their potential impact in infectivity and immune escape".

Today, ministers placed a flight ban on ALL planes coming in from Portugal and all of South America.

The flight ban will come into effect from tomorrow morning, meaning anyone will be unable to fly direct from the dozen nations to the UK – but the USA will be spared.

The strain from Brazil is the third new variant to emerge in the past two months, adding to one identified in the UK, and another in South Africa.

There are fears the new mutations will be able to dodge the immune system, even after vaccination or previous infection.

Professor Sharon Peacock, who is leading research into new variants in the UK, said some mutations are of "sufficient" concern to need in-depth research in the laboratory.

And the UK’s Chief Scientific Adviser Sir Patrick Vallance admitted “we don’t know for sure” if the vaccines being rolled out on the NHS will work on the strains from Brazil and South Africa.

He told ITV's Peston: “There’s a bit more of a risk that this might make a change to the way the immune system recognizes it but we don’t know. 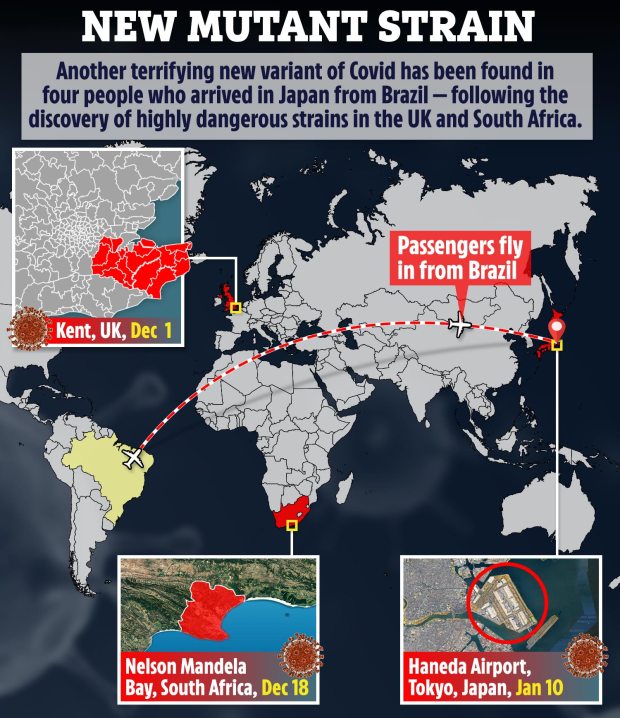