Serial killer Dennis Rader revealed what drove him to murder his 10 victims as he opened up about his brutal crimes and childhood in a previously unheard interview recorded soon after he confessed 13 years ago.

The killer, who called himself BTK for ‘bind, torture and kill’, was arrested in 2005 and is currently serving 10 consecutive life sentences at a Kansas prison.

Rader is now the subject of a new Oxygen documentary titled ‘Snapped: Notorious BTK Serial Killer’, which includes the never-before-heard interview he gave to a local television reporter after he confessed to the murders. 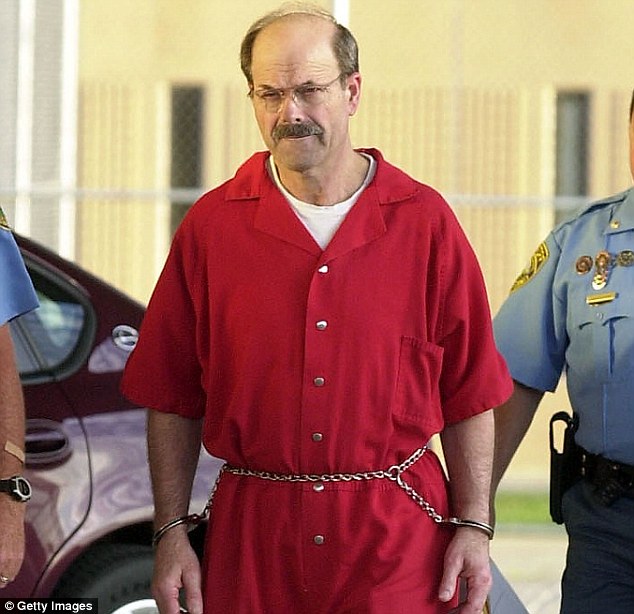 Dennis Rader murdered 10 people, including two children, in Wichita, Kansas over a 17-year stretch between 1974 to 1991. He is pictured above in 2005 after being sentenced to 10 life sentences

‘How could a guy like me, church member, raised a family, go out and do those sort of things?’ he told KAKE-TV reporter Larry Hatteberg in the interview.

‘I want the people of Sedgwick County, the United States and the world to know that I am a serial killer.’

He went on to describe what urged him to kill.

‘I personally think, and I know it’s not very Christian, but I actually think it’s a demon that’s within me,’ he said.

‘At some point and time, it entered me when I was young. And it basically controlled me.’

When asked if he had any feelings for his 10 victims, Rader replied: ‘Yes, I do’.

‘I guess it’s more of an achievement for this object in the hunt. Or sort of more of a high, I guess.’ 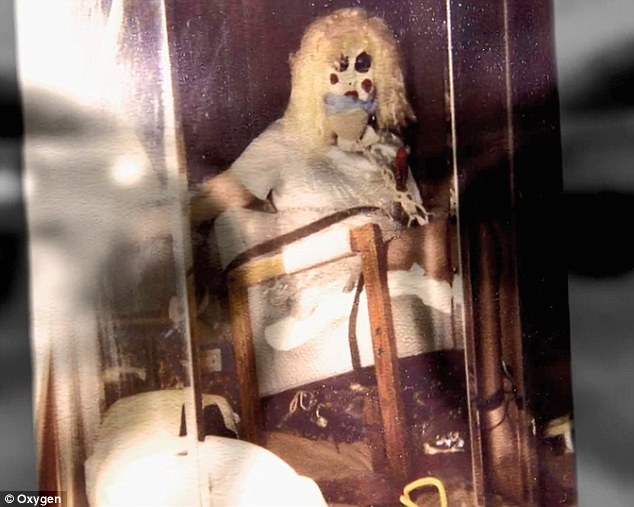 Rader, who called himself BTK for ‘bind, torture and kill’, once dressed up as one of his victims. He is now the subject of a Oxygen documentary titled ‘ Snapped: Notorious BTK Serial Killer’ 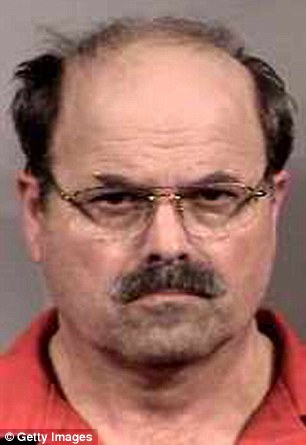 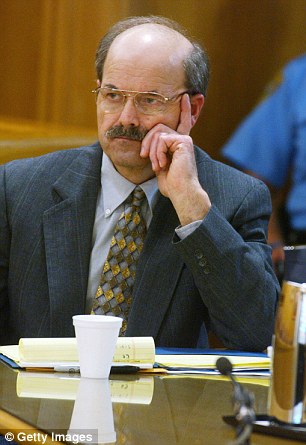 Rader evaded authorities for three decades but continuously taunted police about the killings, which eventually led to his downfall

Rader, who was a former church leader and hid his killings from his wife and two children, also revealed in the interview that he started noticing his dark side back in the eighth grade.

He has previously said that lust and a desire for fame and power drove him to murder.

Rader evaded authorities for three decades but continuously taunted police about the killings, which eventually led to his downfall.

He started communicating with Wichita police detectives via a floppy disk that authorities ended up tracing back to his church.

Rader worked with Katherine Ramsland, a forensic psychology professor at DeSales University, to publish a book – ‘Confession of a Serial Killer: The Untold Story of Dennis Rader, the BTK Killer’ – about his crimes in 2016.

She wrote the book under an agreement that proceeds from its sale goes to the victims’ families trust fund.

In it, Rader confessed to having plans to kill an 11th victim by hanging her upside down in her home before he was arrested. 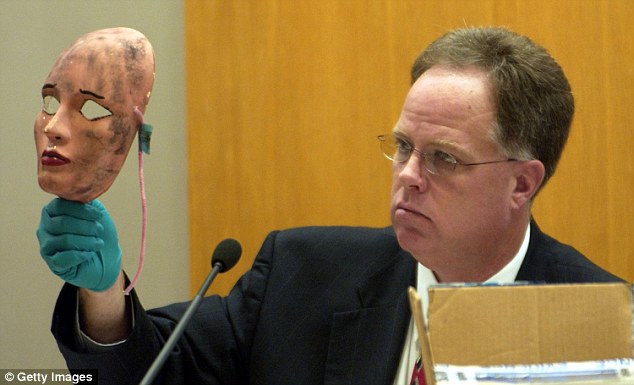 Wichita Police Det. Sam Houston shows a mask during the sentencing hearing that Rader placed on one of his victims 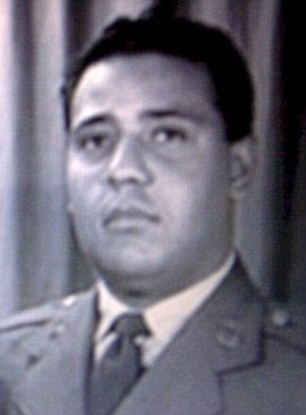 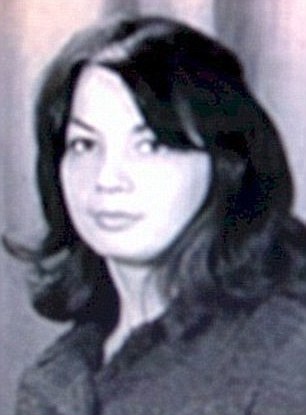 Joseph Otero (left) was Rader’s fist victim, strangled to death in 1974 inside his home alongside his wife Julie (right) and two of their five children 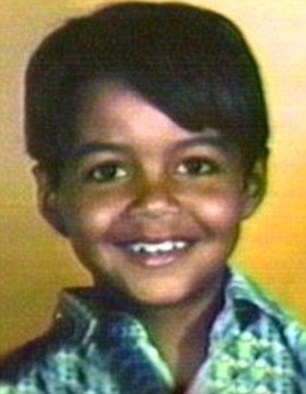 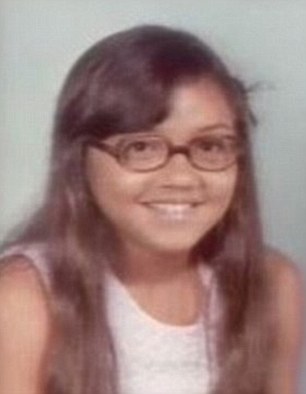 Joey Otero was just nine years old when he was killed by Rader in his bedroom, while sister Josephine was hanged in the basement

Rader wrote three and a half pages of the book about his plans for his last kill.

‘This was supposed to be my opus, my grand finale, and to make it different, I would set the house on fire using propane canisters,’ he wrote.

He said he got into the woman’s backyard and knocked on her door, but aborted his plan when a city street crew showed up unexpectedly to work outside the house.

Rader planned to kill her the following spring, but was arrested in February 2005.

Wichita police detectives who captured Rader in 2005 said they were incensed by the pride he exhibited as he divulged the details about the tortures he planned to inflict on the 11th victim.

Police had heard the story from Rader himself in 2005, but decided at the time to suppress the information to protect the woman.

‘For him to reveal this information now is cruel,’ Tim Relph, a former BTK task force investigator, said when the book was released.

Police said they suppressed most of the details of the planned murder for 11 years because they feared what the shock of a public revelation might do to the woman.

But authorities did inform the woman after finding out that defense attorneys for Rader had hired investigators who might contact her.

‘She’s a pretty tough lady, but this shook her up quite a bit,’ Relph said.

Following his arrest, several of the victims’ relatives sued Rader and secured a settlement that agreed he could never profit from his crimes or coverage of them. 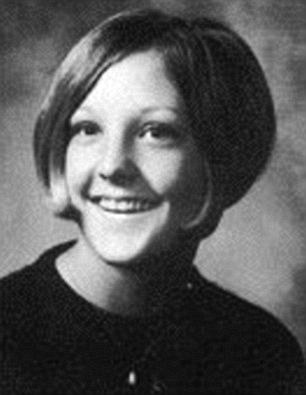 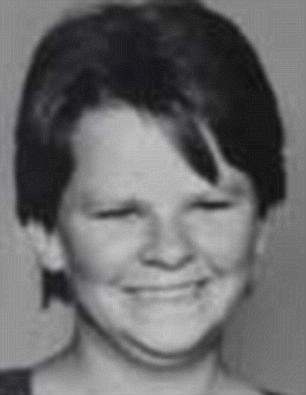 Kathryn Bright (left) was attacked by Rader in 1974 with a knife and tried to fight him off, but died later from her wounds. Shirley Vian (right), was strangled to death in 1977 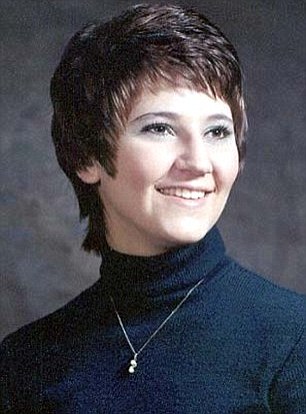 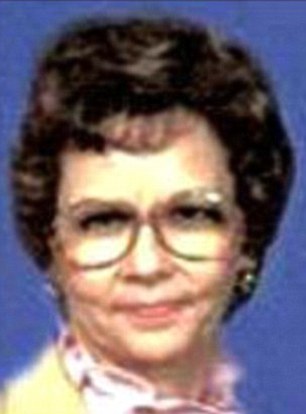 Rader broke into Nancy Fox’s home (left) in 1977 and waited for her to come home before strangling her. Marine Hedge (right), who lived on the same street as Rader, was strangled to death in 1985 before Rader posed for pictures with her body in a church basement 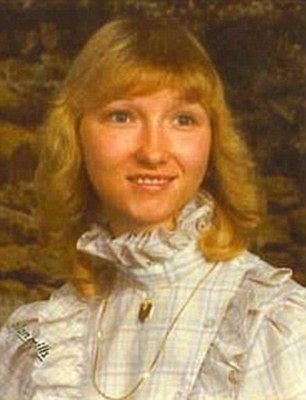 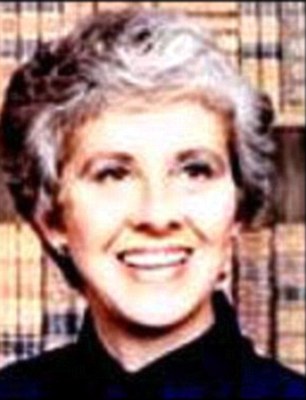 Rader got into Vicki Wegerle’s home (left) in 1987 while posing as a repairman before strangling her to death. Dolores Davis (right) was strangled to death in 1991