A CAB driver who allegedly murdered his two daughters in honor killings for dating non-Muslim boys has been arrested after 12 years on the run. 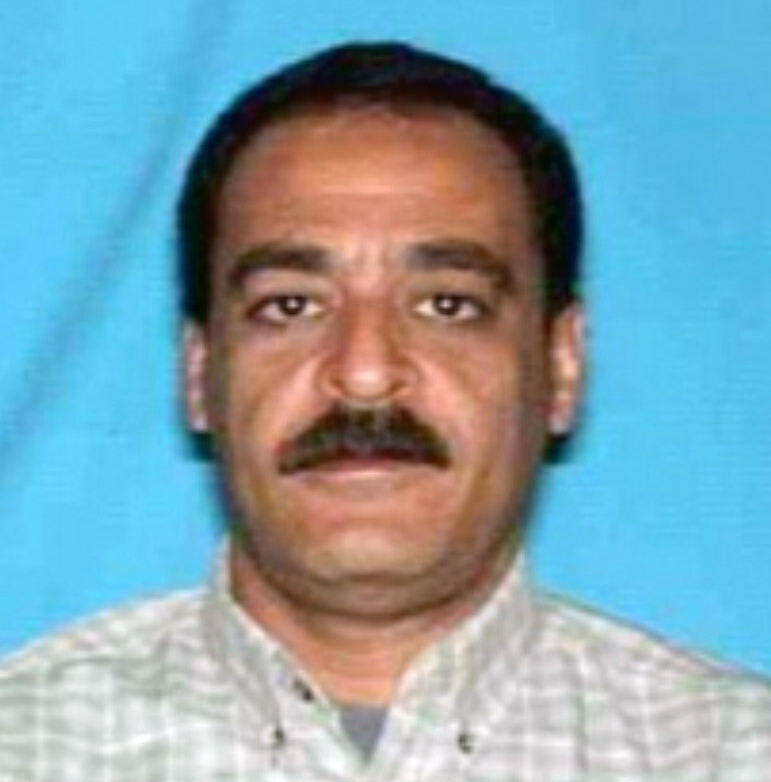 The Egyptian-born suspect had been sought on a capital murder warrant since the New Year's Day 2008 fatal shootings of the two Lewisville High School students, Sarah Yaser Said, 17, and Amina Yaser Said, 18.

A police report at the time said a family member told investigators that the suspect threatened "bodily harm″ against Sarah for going on a date with a non-Muslim.

The mother, Patricia Said, fled with her daughters in the week before their deaths because she was in "great fear for her life."

Gail Gattrell, the sisters' great-aunt, has called the deaths an "honor killing," in which a woman is murdered by a relative to protect her family's honor. 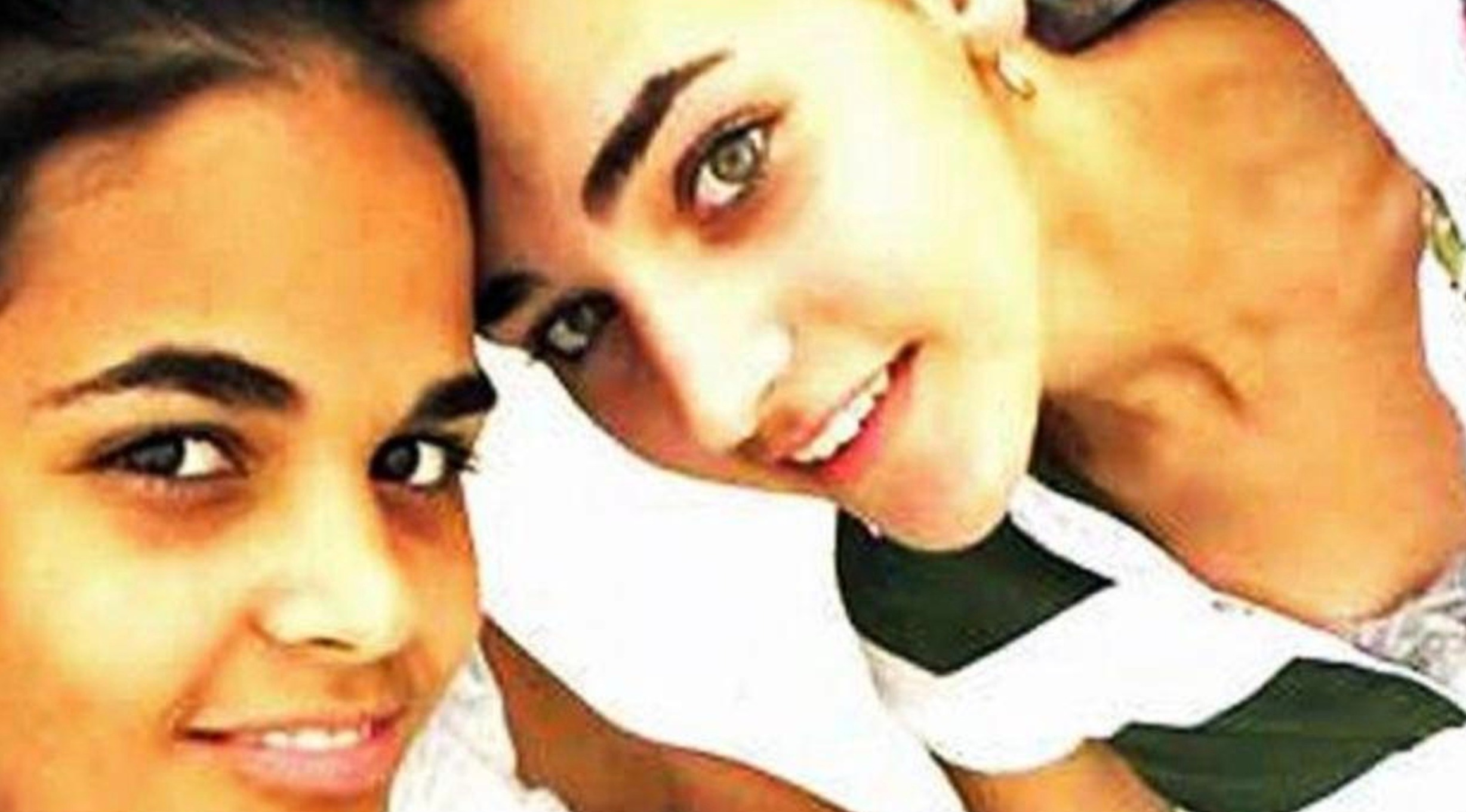 The teenage sisters were found shot multiple times in a cab outside a motel in Irving, a Dallas suburb.

Police found them after one of the girls called 911 from a cellphone and said she was dying.

"Help," said a crying voice on the 911 recording, later determined by police to be that of Sarah. "I'm dying. Oh my God. Stop it."

Police could not immediately find the teens after the 7.33pm call. Much of what Sarah said in the recording was unintelligible, and the dispatcher's repeated requests for her to provide an address went unanswered. 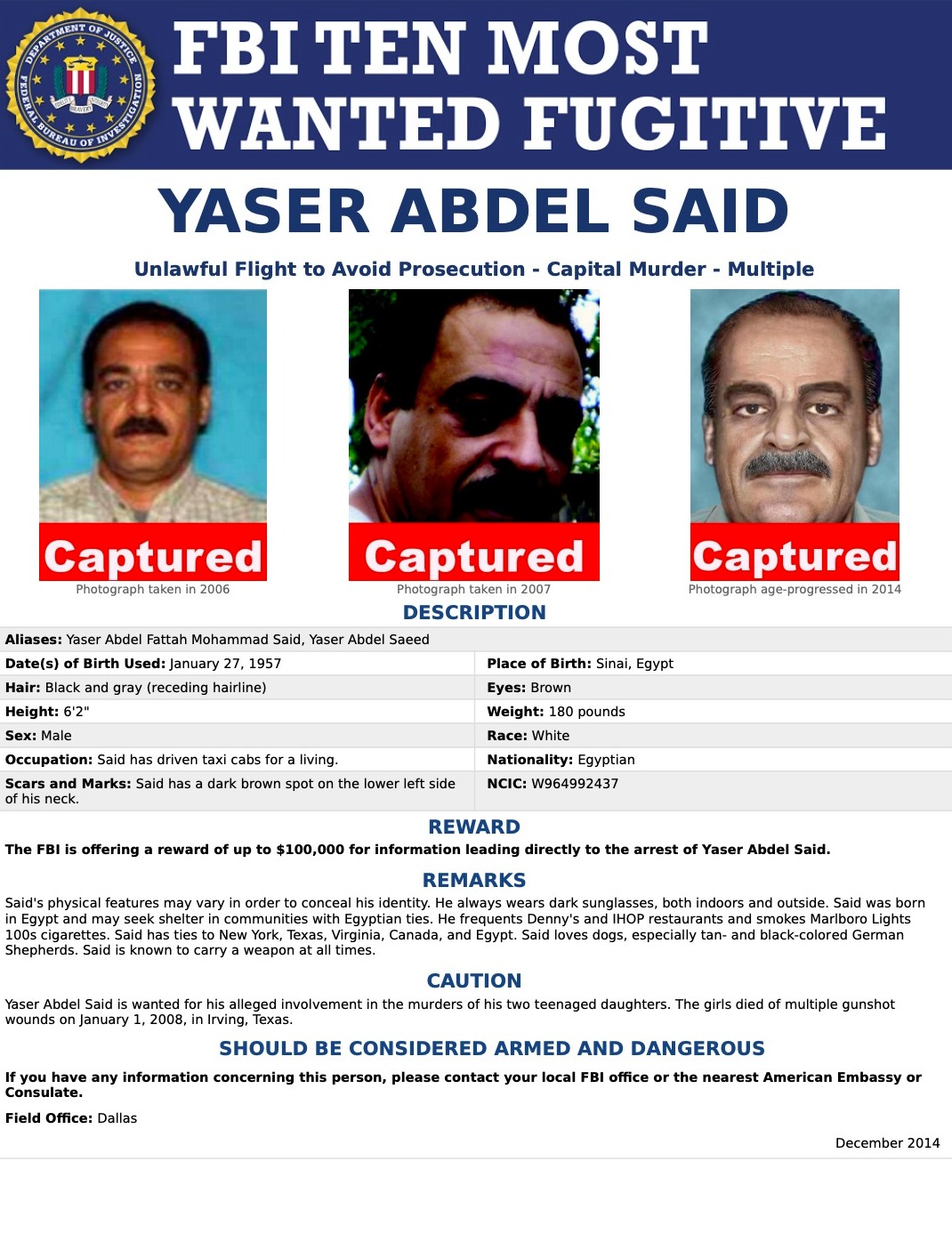 An emergency dispatcher received another call about an hour later from an Irving motel.

The sisters' bodies were discovered in a cab, one in the front passenger seat and the other in the back. The caller said he could see blood.

"They don’t look alive," said the caller, whose name was deleted from the recording.

"Even after 12 years of frustration and dead-ends, the pursuit for their killer never ceased," Irving Police Chief Jeff Spivey said in a statement on Wednesday.

"Today’s arrest of their father, Yaser Said, brings us closer to ensuring justice is served on their behalf."