Cadbury’s US owner Mondelez pocketed £400,000 more in tax credits from Government than it paid on £500m profits since 2010 takeover 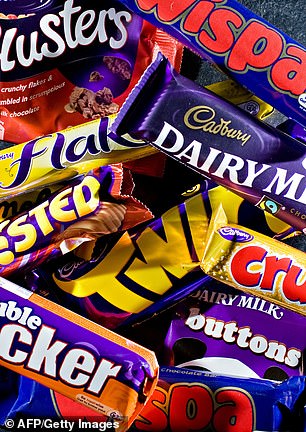 Figures released last night show that, over eight years, Mondelez UK has pocketed £400,000 more in tax credits from the Government than it paid on profits of more than £500million (stock picture)

Cadbury’s US owner has paid no net tax through its main British arm since buying the firm in 2010.

Figures released last night show that, over eight years, Mondelez UK has pocketed £400,000 more in tax credits from the Government than it paid on profits of more than £500million.

The figures suggest the firm is failing to pay its fair share, which has triggered calls for a major shake-up of tax laws.

Professor Prem Sikka, an accounting expert at the University of Sheffield, said: ‘The Government has dragged its heels on tax for far too long. HMRC has to be more aggressive. It seems like the Government is providing hidden subsidies to some of the biggest foreign companies in the country.’

Mondelez – which was formerly known as Kraft Foods – took control of 194-year-old chocolate firm in 2010 in a controversial £11.5billion takeover that raised fears the British workforce would be hung out to dry. The company pledged to keep open the Cadbury’s factory in Keynsham, near Bristol, but soon after the deal was signed it was shut down, destroying 400 jobs.

Mondelez UK sells Cadbury’s products in Britain and is part of a network of 48 UK subsidiaries run by the US giant. Analysis of its accounts shows that in five of the years it has owned Cadbury’s, it paid HMRC a total of £11million. But over the other three years it was handed tax credits of £11.4million – a net benefit of £400,000. 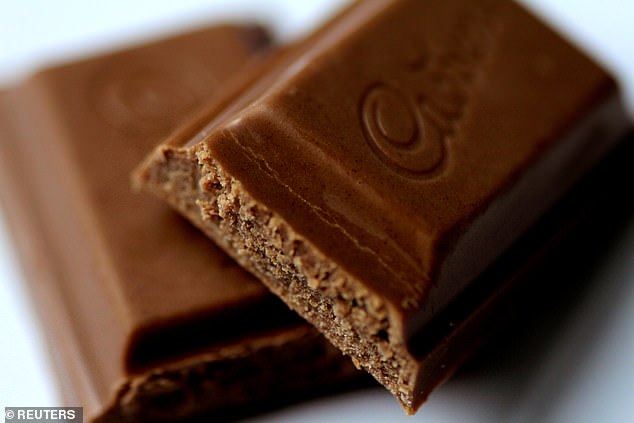 Mondelez, formerly known as Kraft Foods, took control of Cadbury’s in 2010 in a controversial £11.5billion takeover. The figures released last night have triggered a call for a shake up in tax laws and for ‘HMRC to be more aggressive’ (stock picture)

Firms can claim tax credit – have their tax bill slashed – if they have lost money in previous years, or by offsetting tax payments against research and development expenses.

International businesses often load up their British arms with debt or use licensing agreements to artificially reduce their profits – a controversial tactic previously used by Starbucks to slash its UK tax bill.

These arrangements are legal and there is no suggestion any laws have been broken. Alex Cobham of the Tax Justice Network said: ‘This is within the rules, but it’s time for the Government to change the rules.’

The revelations come a day after it emerged Mondelez profits rocketed by more than 700 per cent to £185million last year, and it handed a £250million dividend to its immediate parent company in Switzerland. Shadow Chancellor John McDonnell said: ‘This is outrageous. Time and again we’ve warned the Government this behaviour is unacceptable.’

A Mondelez spokesman said: ‘We comply with all applicable tax legislation in the UK.’ She added the firm has invested more than £200million in UK manufacturing and research and has 4,000 British workers.