Sara Mae Burns, 43, and Lawrence Robb Costello, 45, lost their lives in the line of duty when officers rushed to a suburban apartment complex in Fredericton at 7am. 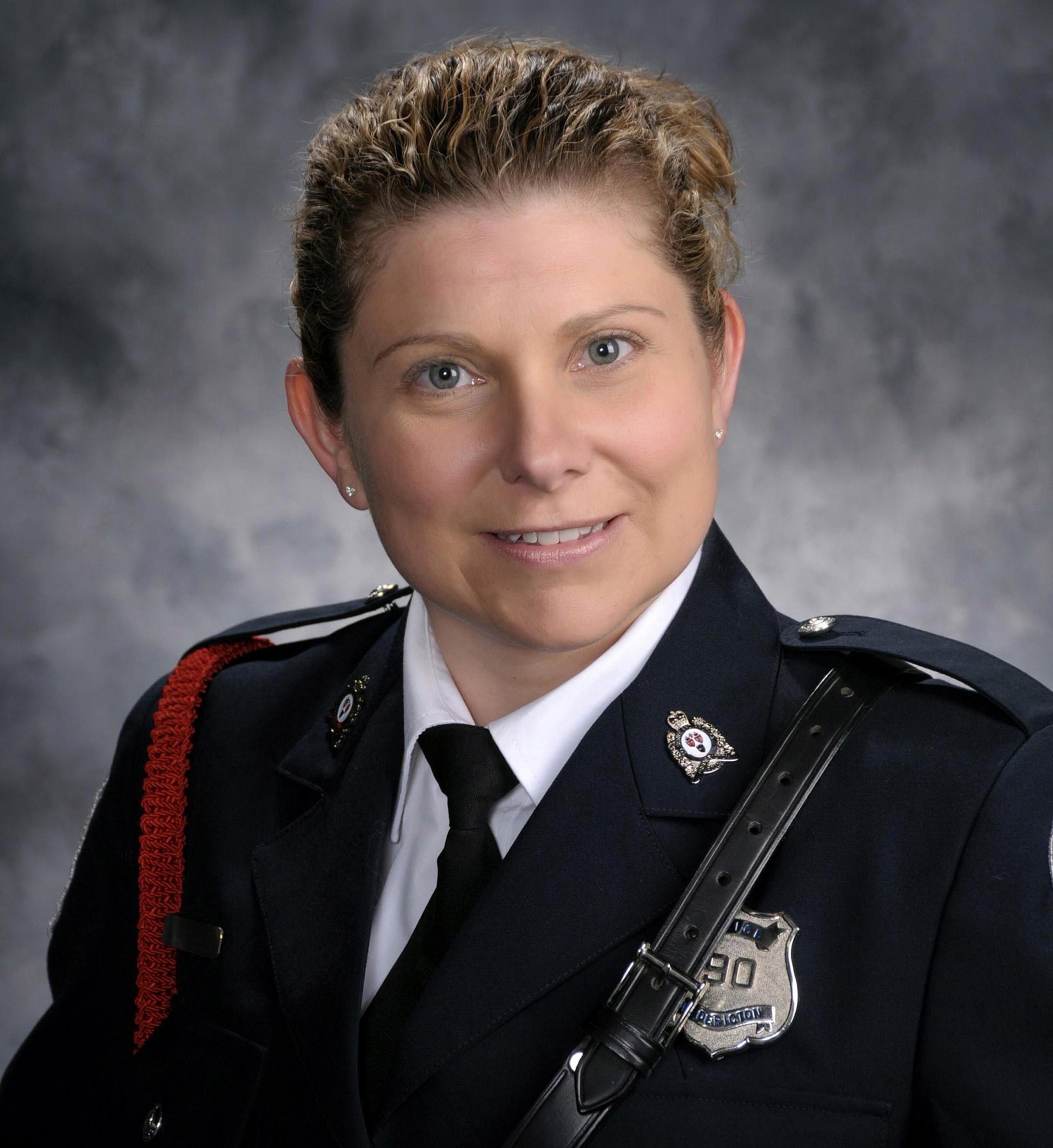 Local musician Donnie Robichaud, 42, was also shot dead by the gunman, alleged to be a 48-year-old local man.

The fourth victim has yet to be named, while a nearby hospital reported treating other unidentified victims who were wounded.

The suspect was taken into custody at 11am with “serious injuries”, and the motive for the shooting spree is still unclear.

Terrified residents yesterday described waking up to the sound of gunshots as the sleepy town of around 56,000 people was put on lockdown. 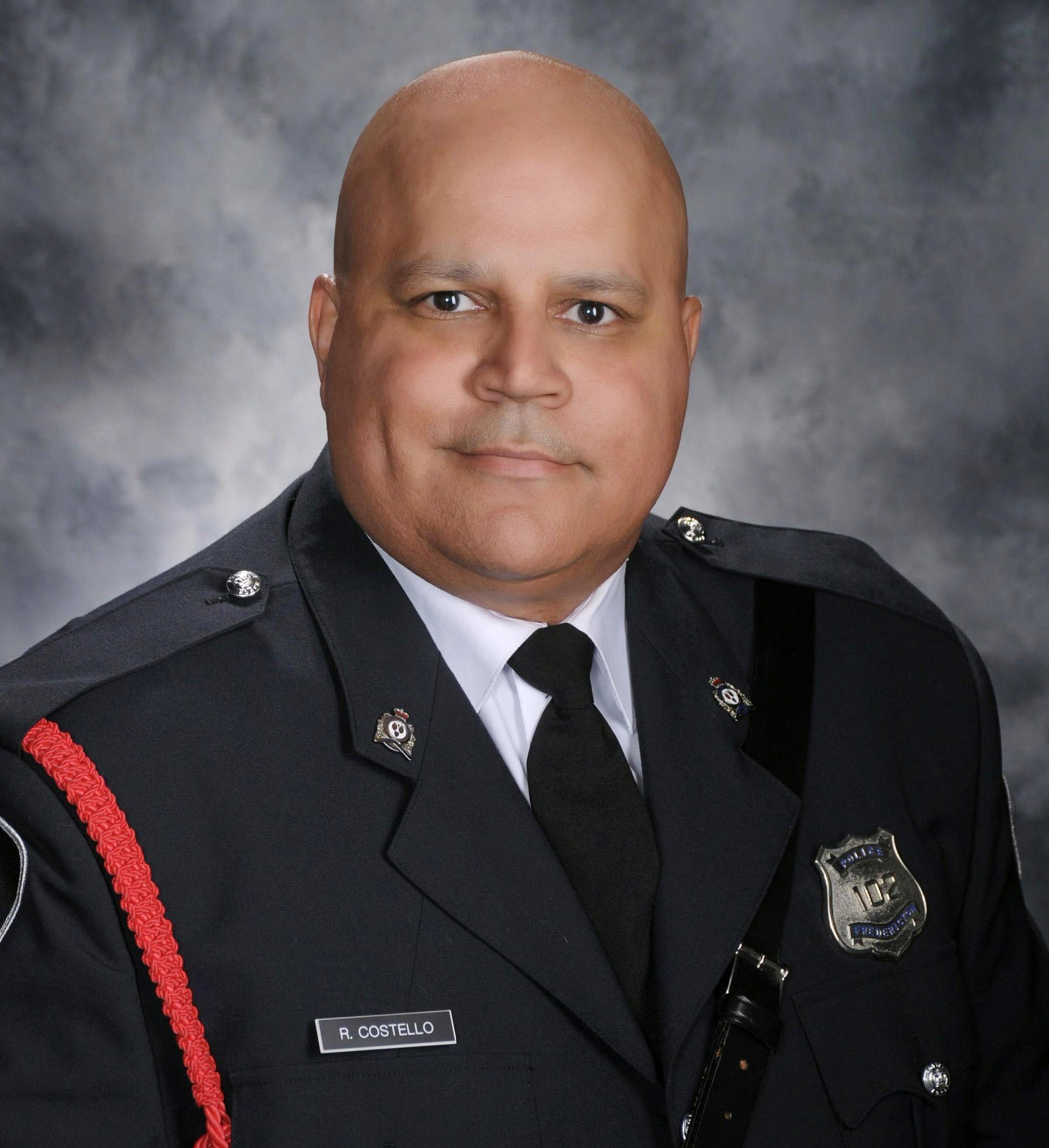 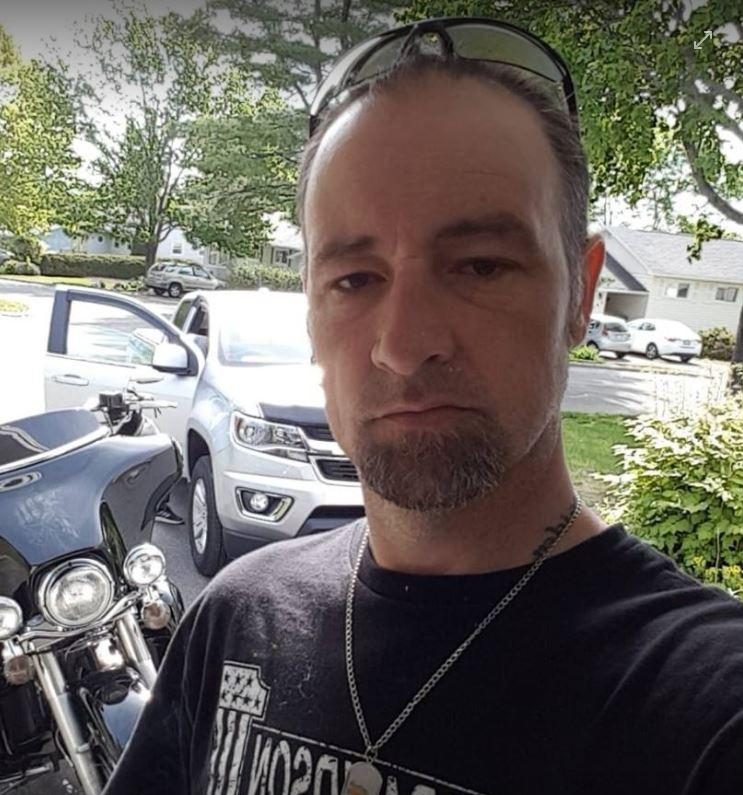 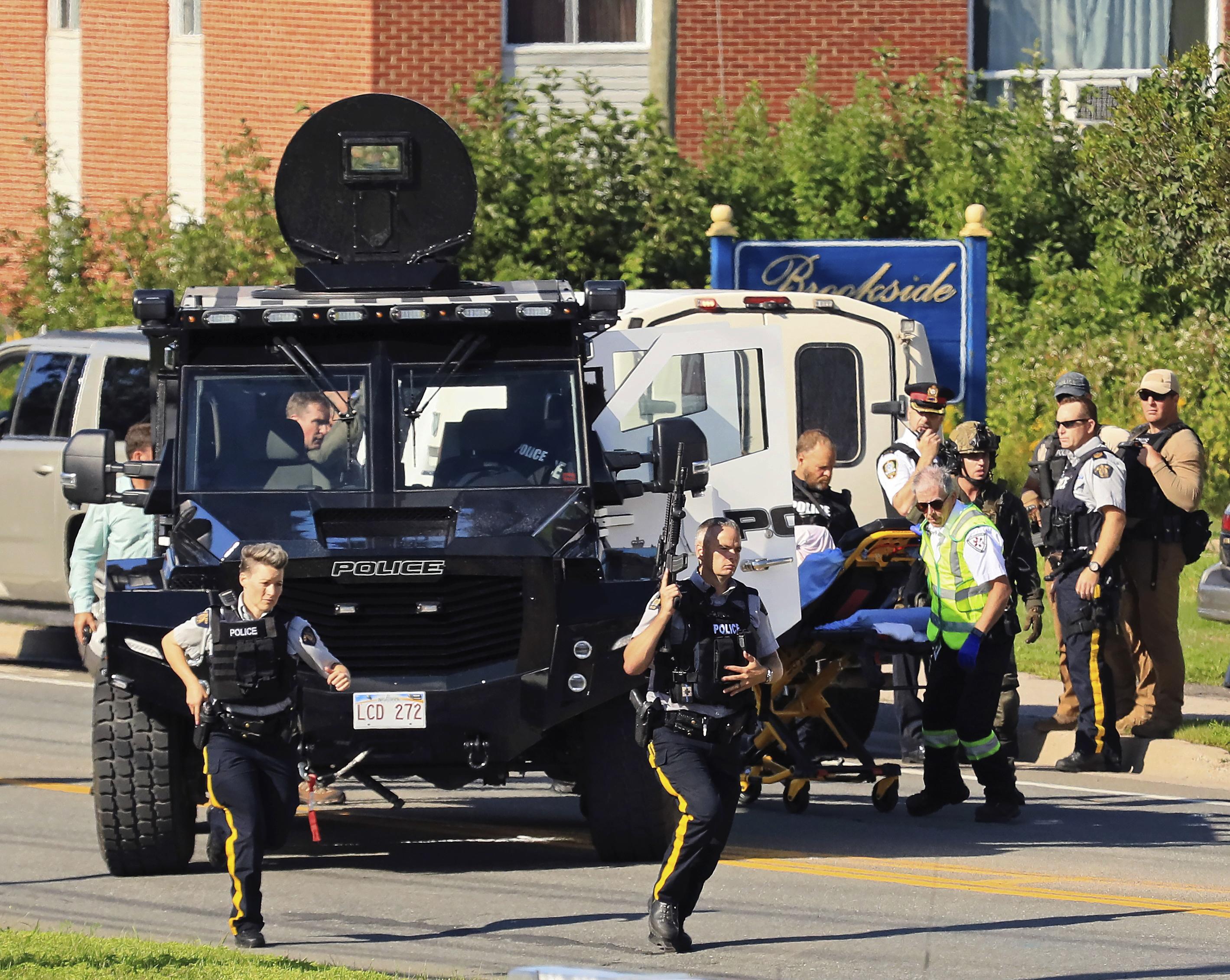 Cops urged people to stay inside their homes as they hunted the shooter for almost four hours.

Witness Justin McLean, who lives in the complex, said: "I just woke up and heard gunshots and I looked outside my window.

"There was basically three dead people lying there. It wasn’t a pretty sight.

"The cops were trying to put one of the officers into the vehicle so they could take him out to safety.

"I heard a full (gun) clip go off. The police told me to get to cover cos the guy was still shooting.

"It's just crazy. I never saw something like this." 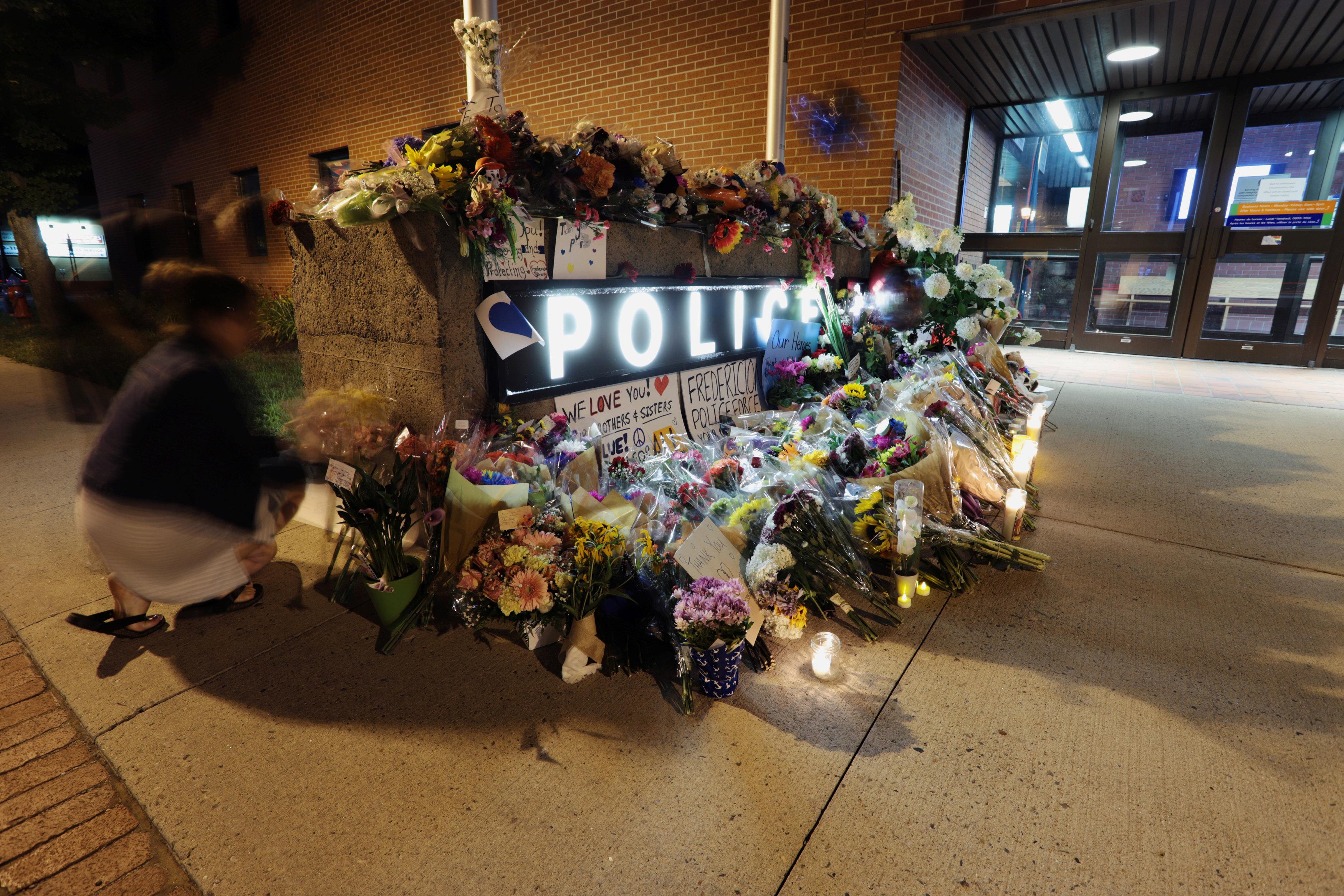 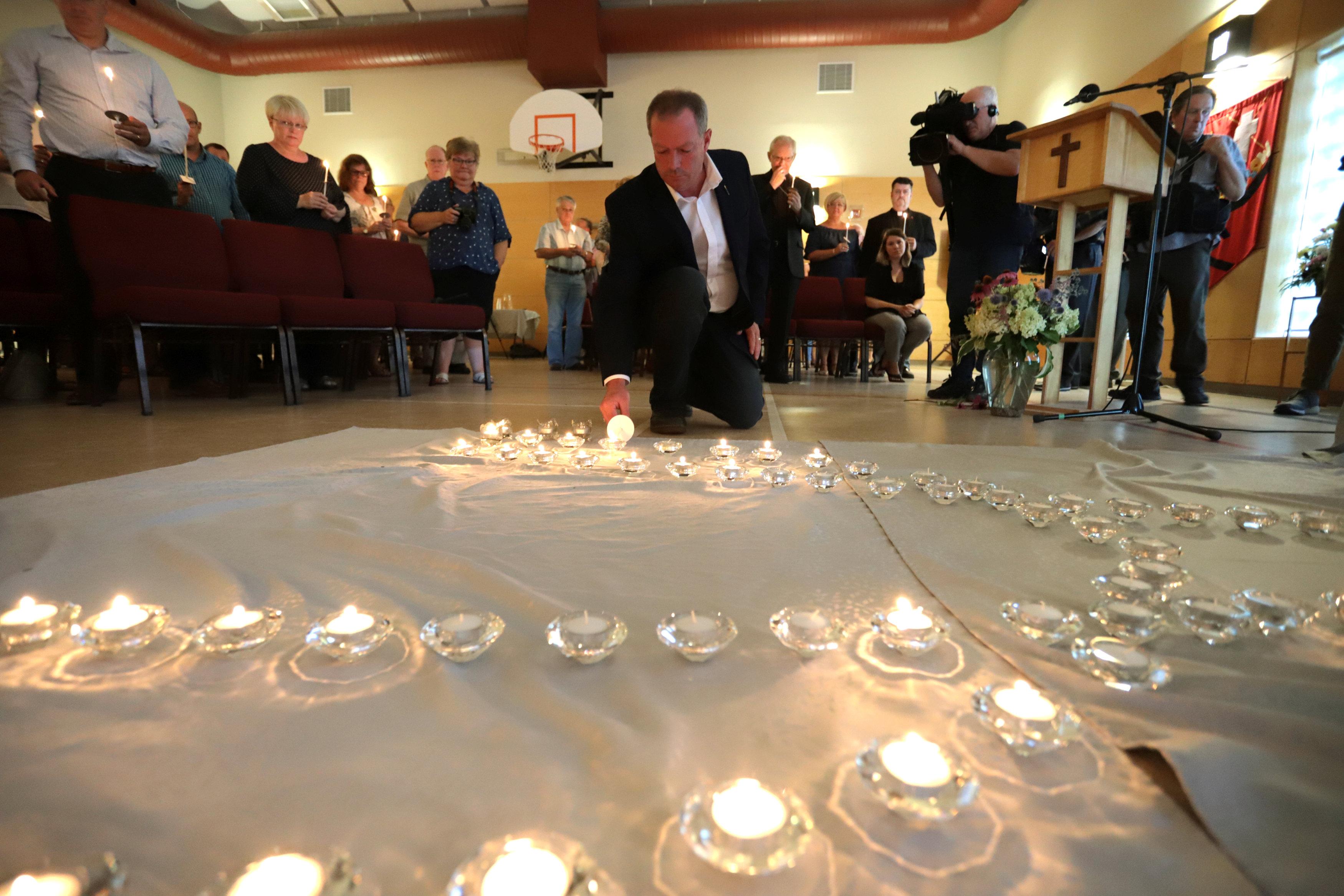 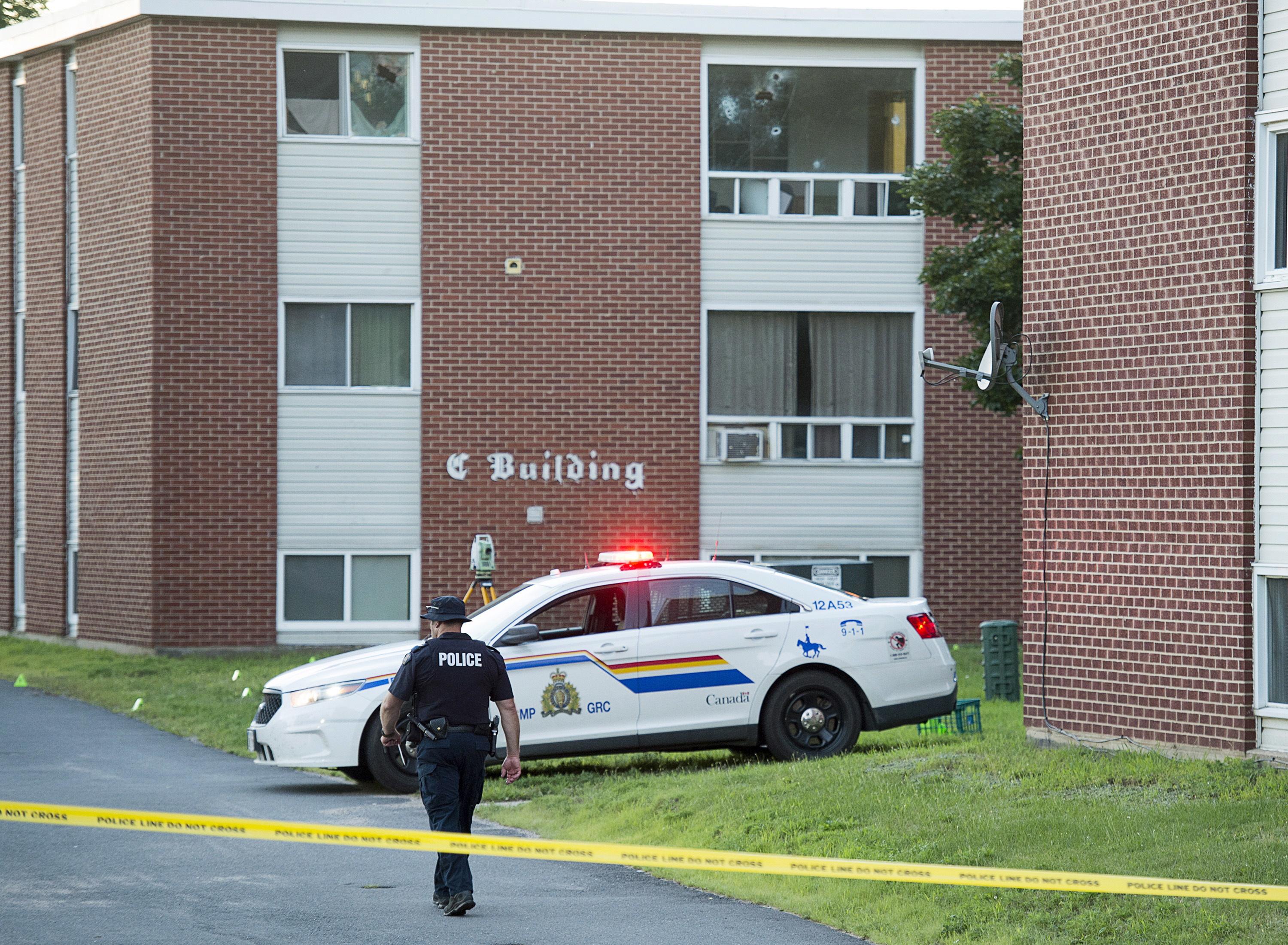 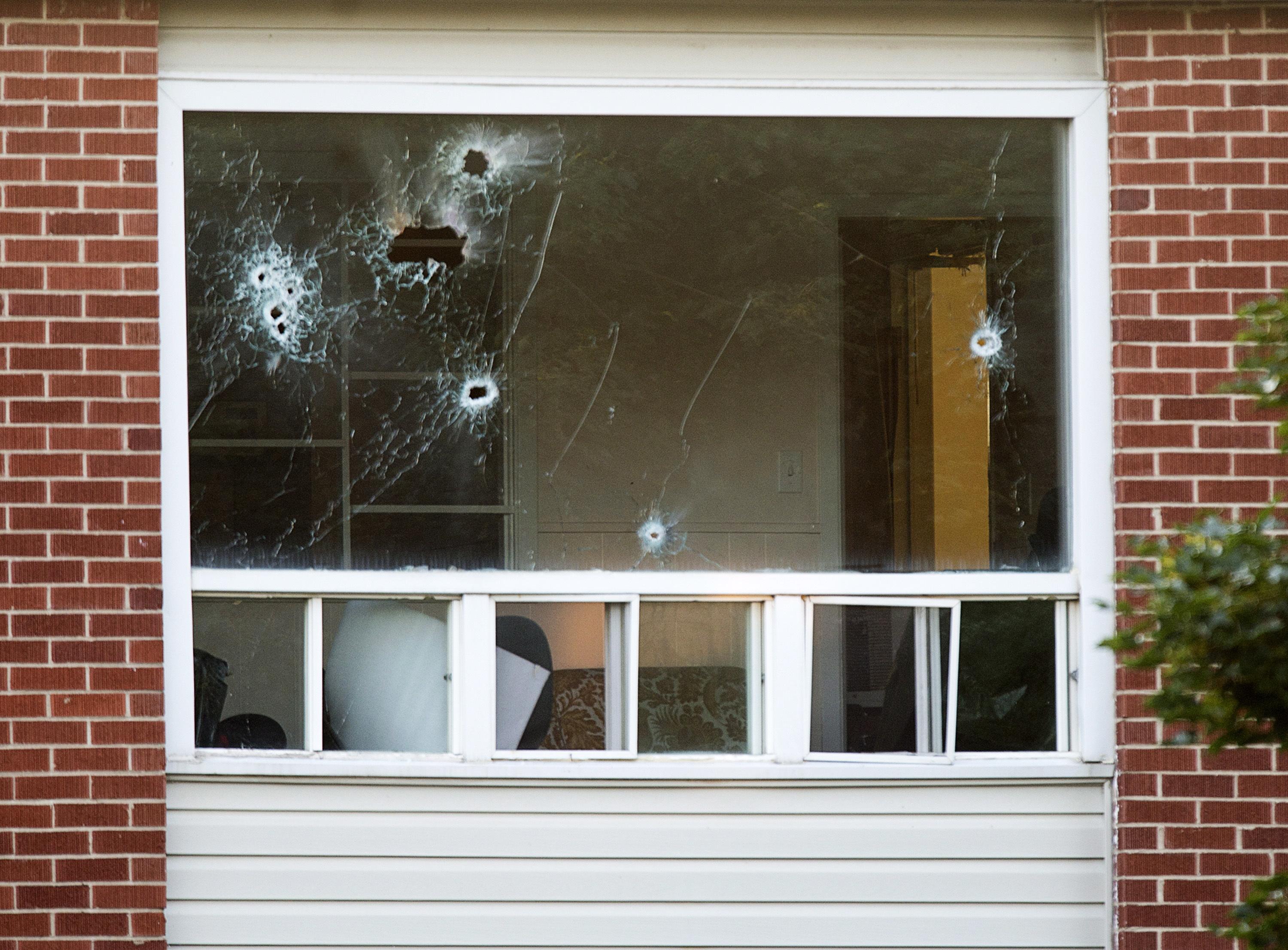 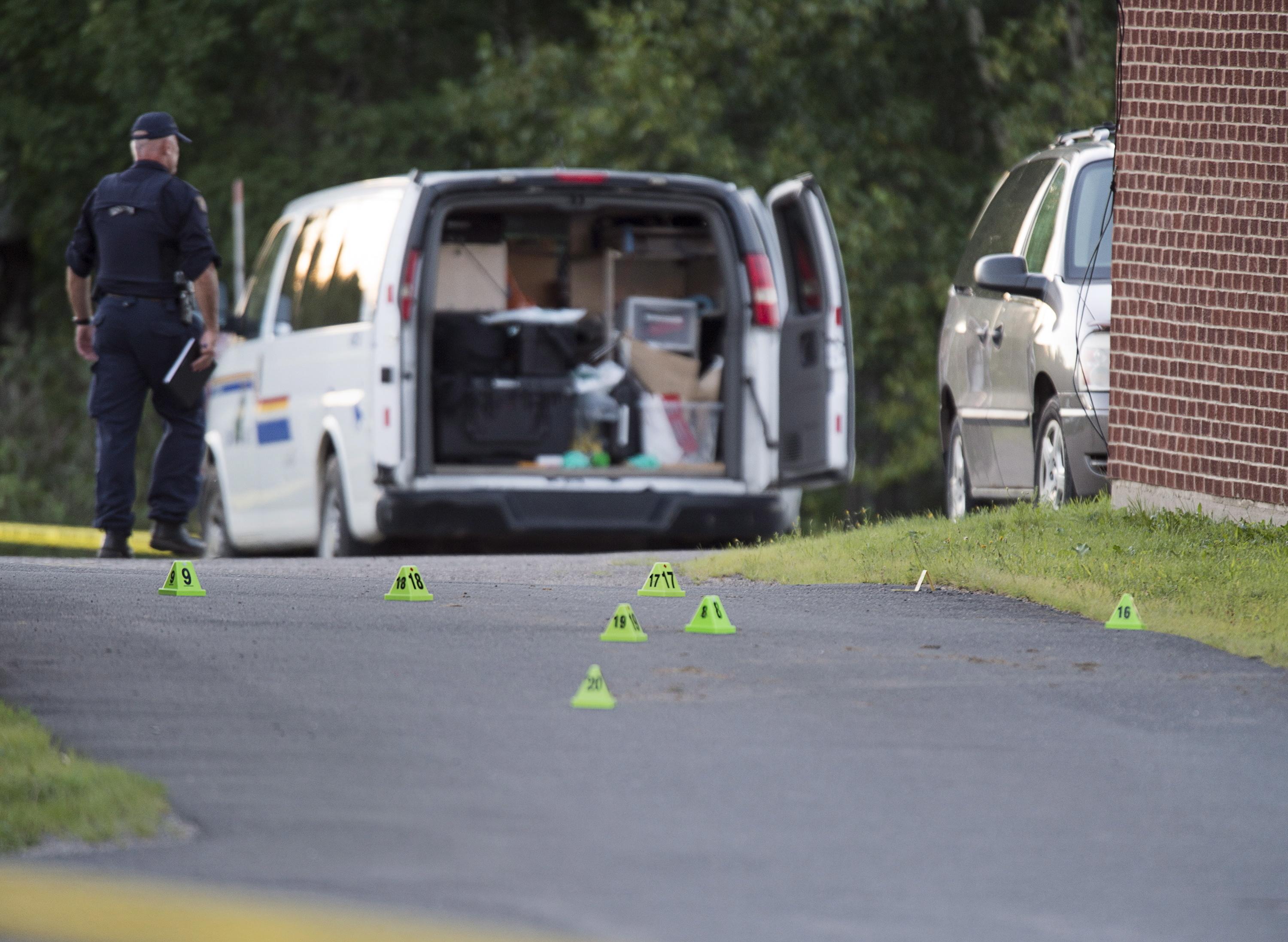 David MacCoubrey, who also lives in the complex, said he heard about 20 shots and hid on his kitchen floor.

He told local media: “You get the odd domestic here, and someone threw a big party a year or so ago.

“You never hear of anything as heinous as a guy shooting up the place.”

“My heart goes out to everyone affected by this morning’s shooting. 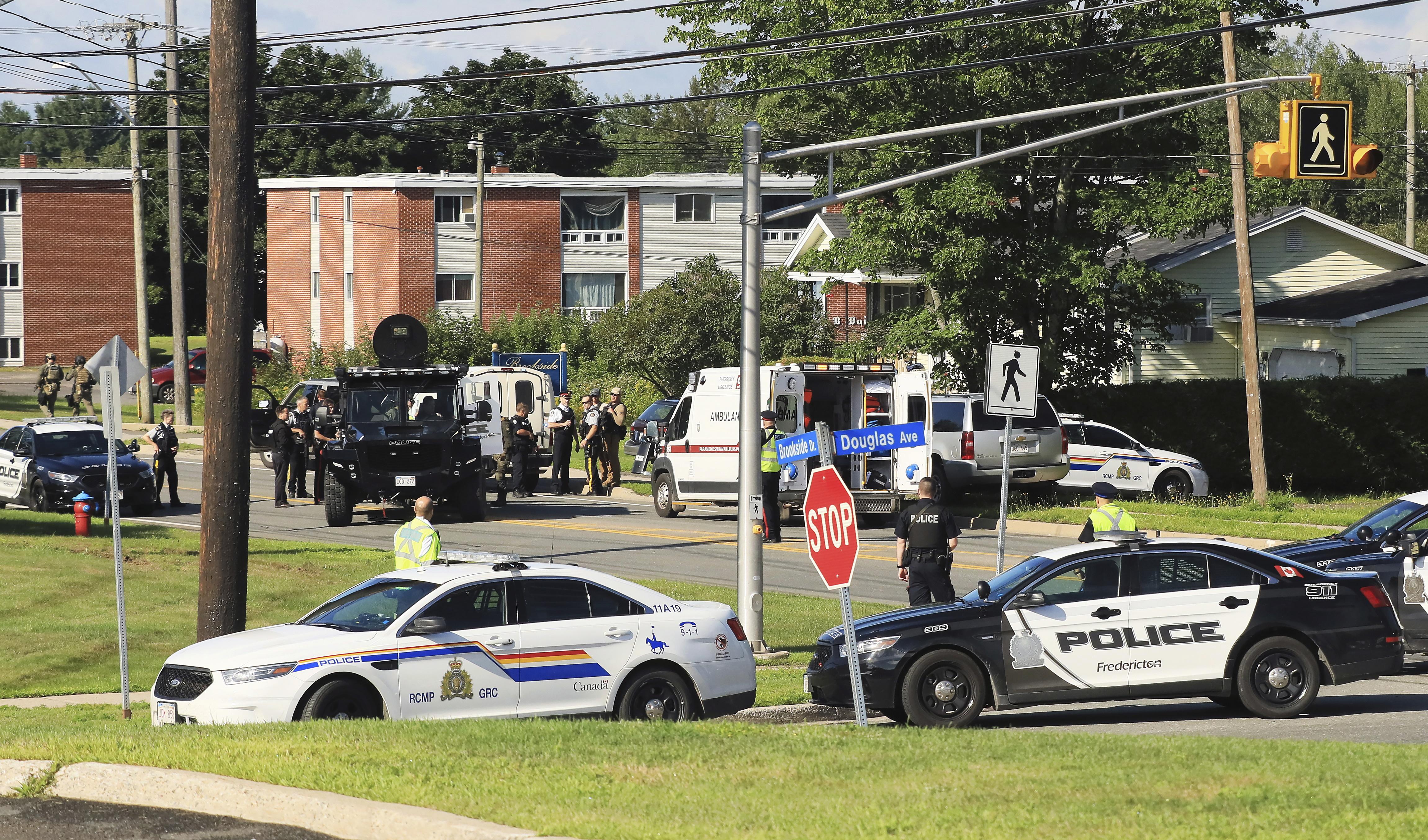 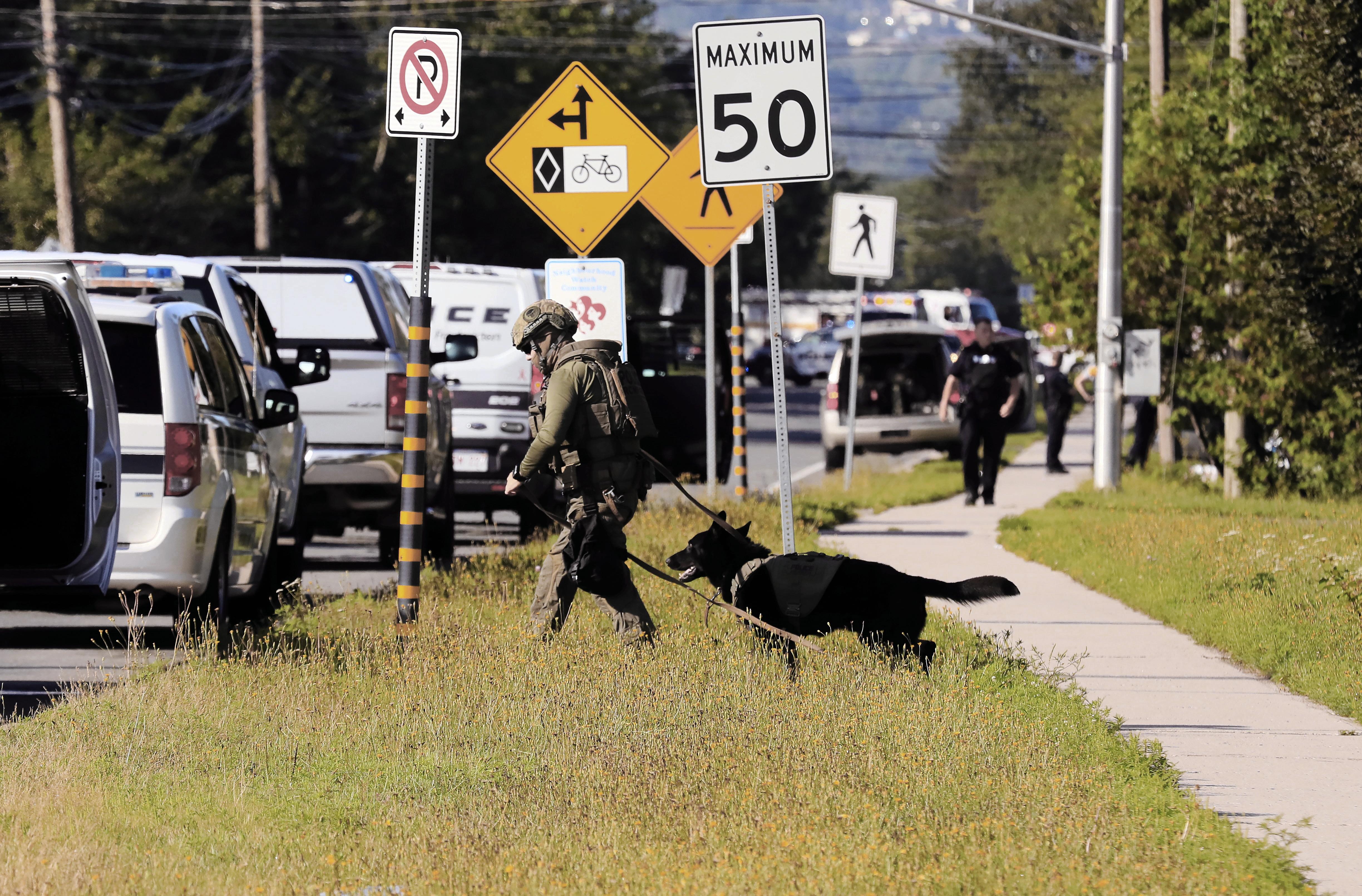 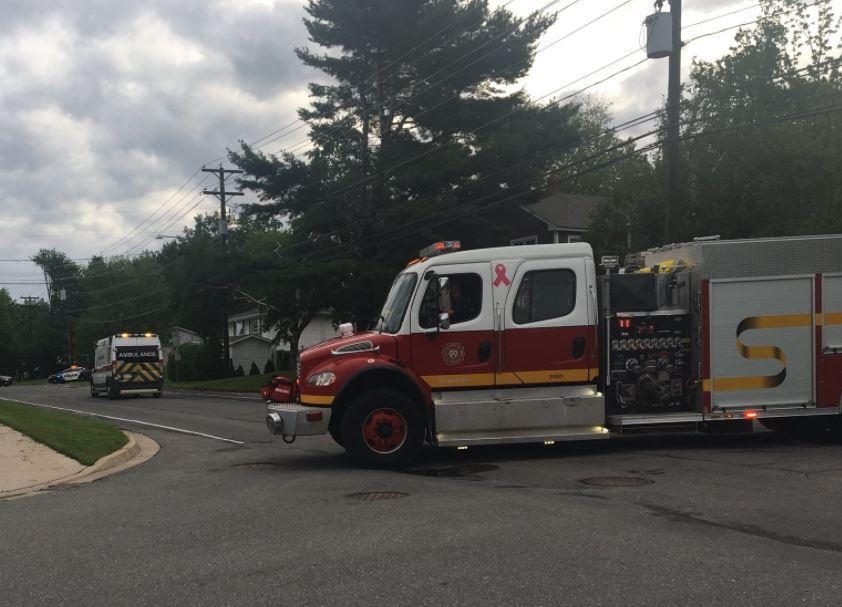 Friday's shooting occurred three weeks after a gunman walked down a busy Toronto street, killing two people and wounding 13 before killing himself.

He said: "We'll see where this investigation leads in terms of what exactly happened, who did it, what was the motivation for doing it and the instruments of destruction that were used.

"But broadly speaking, the government of Canada is obviously taking the issue of gun violence very seriously."

Gun laws in Canada are stricter than in the US but a proliferation of weapons has led to an increase in gun-related crimes in recent years.