Captain of Russian ship carrying tons of ammonium nitrate which was seized by Lebanon six years ago says he regularly sounded the alarm over ‘powder keg’ before it exploded, killing at least 137

The captain of a Russian ship carrying a cargo of ammonium nitrate which was impounded in Beirut said he regularly sounded the alarm over the ‘power keg’, years before it exploded and destroyed large parts of the city.

Boris Prokoshev, who was at the helm of tanker Rhosus in 2013 when it had to make an emergency stop in Lebanon, said he wrote to Vladimir Putin regularly about the dangerous vessel after it was impounded.

Prokoshev, now 70, said Igor Grechushkin, the owner of the vessel and the ammonium on board, had ‘washed his hands’ of the vessel, leaving the crew and cargo stranded for months.

The crew were freed the following year and the ammonium placed in a warehouse where it sat for six years, until it was ignited by a fire earlier this week – causing a blast that has killed at least 137 people and wounded 5,000. 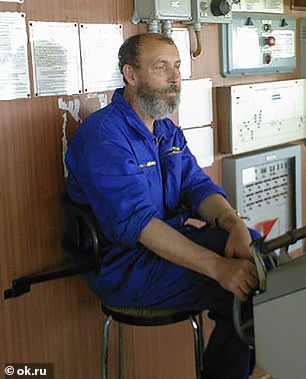 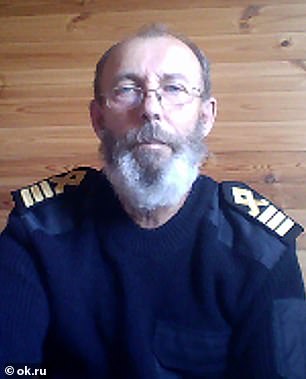 Boris Prokoshev (left and right), captain of a Russian vessel carrying 2,750 tons of ammonium nitrate that ultimately caused the Beirut blast, says he issued warnings over the vessel 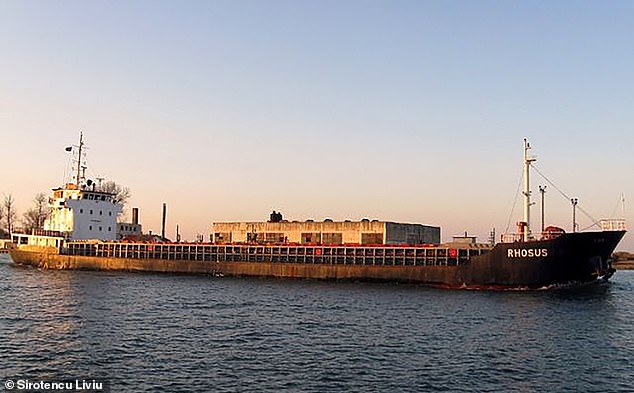 Prokoshev was at the helm of the Rhosus (pictured) in 2013 when it had to make an unscheduled stop in Beirut due to engine problems, where it was impounded for a year

Prokoshev explained that the Rhosus was en route from Batumi, in Georgia, to Mozambique with its dangerous cargo when it had to make an unscheduled stop in Beirut due to trouble with its radar and engine.

The vessel spent more than a year in port, with Prokoshev and a handful of Ukrainian sailors aboard, as the Lebanese tried to extract fees and fines from Grechushkin.

In the wake of the explosion, Grechushkin appears to have gone into hiding amid reports that he is being hunted by the secret services in Cyprus where he resides.

Prokoshev claims that he wrote to Putin ‘every month’ while the ship was being held, adding: ‘The vessel’s owner abandoned it.

‘The owner abandoned the cargo, ammonium nitrate. It is an explosive substance. And we were abandoned too.

‘We were living on a powder keg for ten months without being paid.’

He told Putin that he had been left in limbo with the explosive cargo by the Russian owner of the vessel.

He wrote: ‘Our condition is worse than prisoners. A prisoner knows when he will be released. We do not know.’ 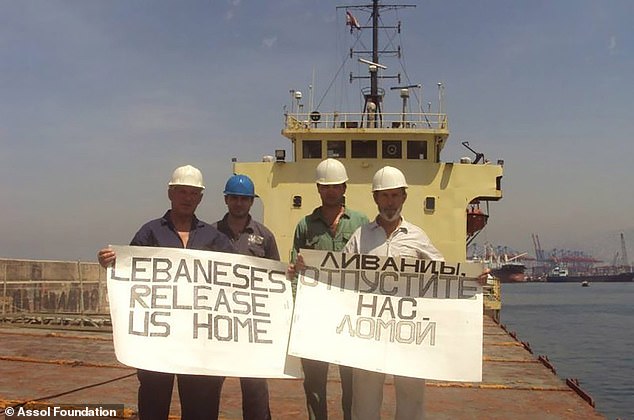 During a year in confinement, Prokoshev said he wrote to Vladimir Putin every day about the dangerous cargo, urging the Russia state to intervene 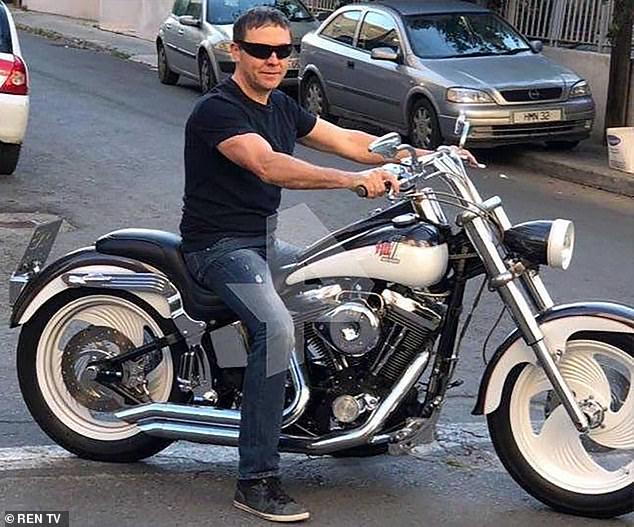 Prokoshev accused businessman Igor Grechushkin, owner of the cargo, of ‘washing his hands’ of it – though said ultimate blame for the disaster lies with Lebanon

He was officially told that his appeal for Putin to act over the ship had been passed to the Russian Foreign Ministry.

He said the consul in Beirut had mocked him asking: ‘What do you want – Putin to send special forces to be released here by force?’

Eventually the crew were allowed to go home after they successfully mounted a legal challenge in Beirut claiming that they were being detained illegally.

Then the ammonium nitrate was ‘unloaded to the warehouse, under the responsibility of the (Lebanese) Ministry of Transport,’ said the captain.

‘I learned about this from sailors who came to Beirut. The ship eventually sank, two or three years ago.

‘It had a small hole, it was necessary to periodically pump out water. And without a crew there was no-one to do it.’

Asked about this week’s explosion, he said the Lebanese authorities were responsible.

‘They are to blame. There was no point in arresting this ship. It was necessary to get rid of it as soon as possible,’ he added.

And given they kept the cargo, they should have used it as fertiliser rather than leave the unstable load in the port. 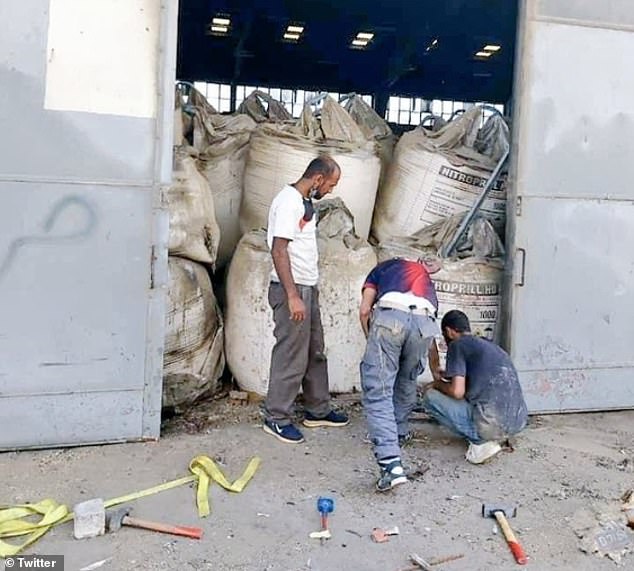 The ammonium was eventually impounded by Lebanon, where it was allowed to sit in a warehouse for six years before it detonated during a fire, killing at least 137 people

‘They could take out to the fields,’ he said. ‘If nobody claimed the cargo, it means that it is nobody’s.’

The conditions on the ship have been recalled by those on board.

Semyon Nikolenko, hired as an electrical engineer on the Rhosus , said the management were ‘not good’, reported RT.

‘It was my first contract, my first [sailing] experience – and a bitter one,’ said the sailor, now living in Crimea.

Grechushkin was a ‘sly’ man who was ‘all talk’ and did not deliver on his promises.

At one point the sailors went on strike in a bid to demand action.

They barely had enough to eat, say those on board.

The crew were not paid and Grechushkin pleaded bankruptcy – but Prokoshev has disputed this.

The owner’s son is known to have attended private school in Cyprus.