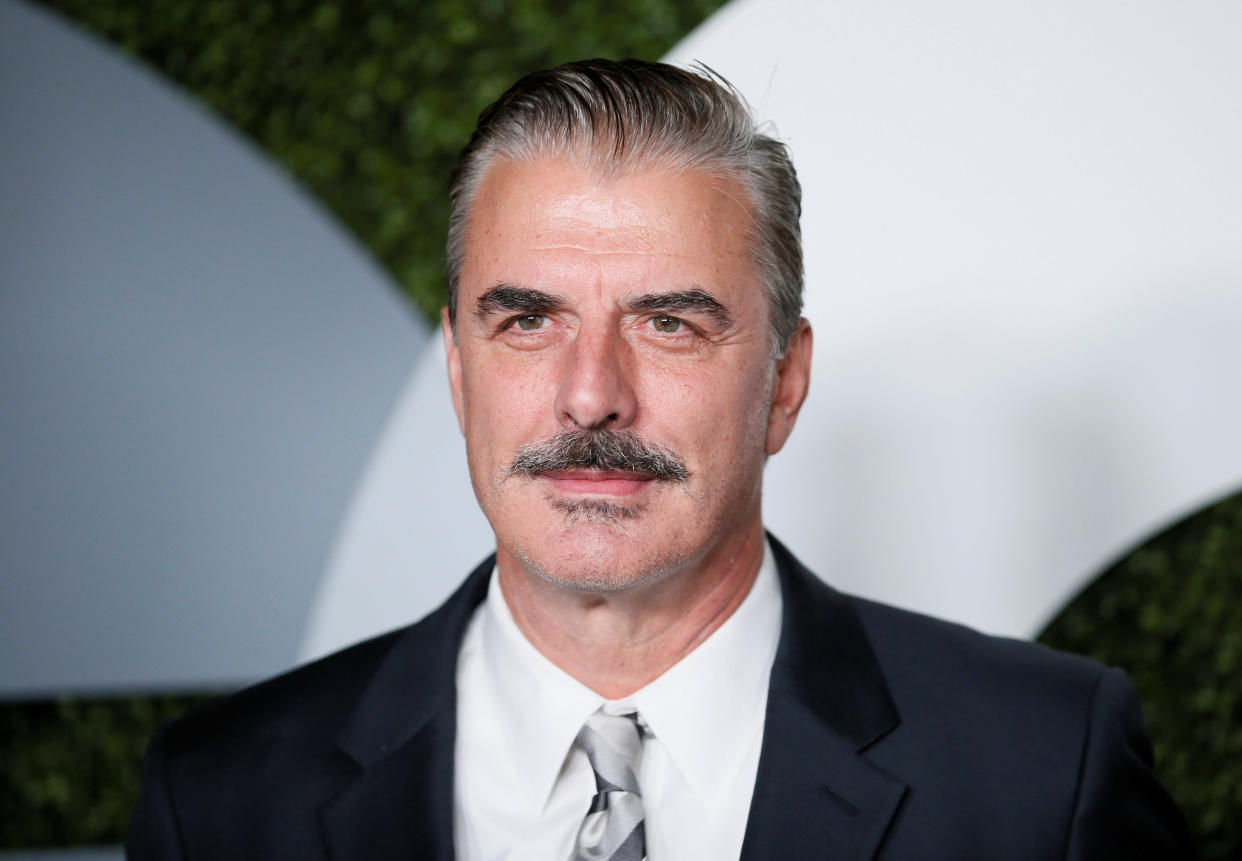 Chris Noth has been fired from The Equalizer amid a sexual-assault scandal that has also seen the 67-year-old actor dropped by his talent agency, A3 Entertainment. Noth had starred as William Bishop on the reboot of the CBS crime drama alongside Queen Latifah.

The Equalizer, which is in its second season, returns in January. Noth will be seen in one original upcoming episode of the series that had already been filmed, Yahoo Entertainment has confirmed. Episodes that previously aired featuring the actor will also remain in rerun rotation.

Noth has been accused of rape by two women and sexual assault by a third. He adamantly denied their claims. A fourth woman, actress Zoe Lister-Jones, publicly accused the Sex and the City alum of inappropriate behavior.

Two women alleged to The Hollywood Reporter that they were sexually assaulted on separate occasions in 2004 and 2015. After the report was published on Thursday, Noth issued a strongly worded denial.

"The accusations against me made by individuals I met years, even decades, ago are categorically false. These stories could’ve been from 30 years ago or 30 days ago — no always means no — that is a line I did not cross," Noth said in a statement to Yahoo. "The encounters were consensual. It’s difficult not to question the timing of these stories coming out. I don’t know for certain why they are surfacing now, but I do know this: I did not assault these women."

In the wake of the allegations, it was revealed A3 had dropped him as a client. Noth also reportedly lost a deal to sell his tequila brand, Ambhar, for $12 million. Entertainment Arts Research, a publicly traded beverage company, told Page Six, "it would be in our best interest to withdraw from the transaction."

A rep for Noth tells Yahoo, "No definitive agreement was ever signed."

Noth has been in the headlines this month as he (briefly) reprised his role as Mr. Big for And Just Like That… on HBO Max. He was tapped by Peloton to shoot a buzzy commercial in the wake of the show but once the allegations surfaced, Peloton distanced itself from the actor and pulled the ad from circulation.

It was the revival of the television series that reportedly prompted the two women to come forward to THR, months before the buzzy premiere.