A Brazilian art collector has claimed the Van Gogh painting ‘A Novel Reader’ that is on display at the Detroit Institute of Arts was stolen from him – and has demanded the museum returns it.

Gustavo Soter filed a lawsuit on Tuesday in federal court claiming ‘Une liseuse de romans’ – which he has been searching for nearly six years – is now worth $5million, nearly $2million more than when he bought it.

Soter discovered the painting was in possession of the DIA and part of a ‘Van Gogh In America’ exhibit that features 74 paintings from the Dutch artist – that started in October and runs through January 22nd. 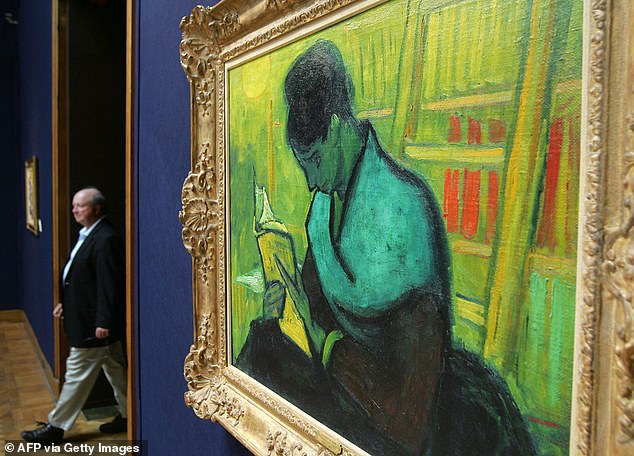 Gustavo Soter filed a lawsuit on Tuesday in federal court claiming that the painting – ‘Une liseuse de romans,’ – that he has been searching for nearly six years is now worth nearly $2 million more than what he paid.

He said after he purchased the painting in 2017 he immediately transferred possession — but not title — to a third party.

But he claimed the third party ‘absconded with the painting, and he has been unaware of its whereabouts for years,’ according to the lawsuit obtained by DailyMail.com.

But, the suit did not reveal who the third party was or why the painting was given to that person.

Soter is requesting the museum release the painting to him as soon as possible, but the judge ruled it should not be moved from the DIA.

The next hearing date is scheduled for January 19.

Before the expo, museum staff collected additional paintings for the current exhibit. 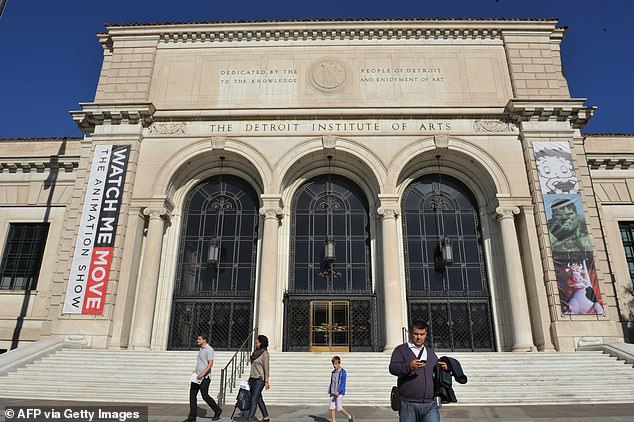 The museum had owned six Van Gogh paintings – one of the painting was the ‘Self Portrait’ painted by the artist in 1922. The DIA had been the first American museum to purchase the painting priced at $4,200.

The museum has five Van Gogh paintings in their permanent collection. One of the paintings was the ‘Self Portrait’ painted by the artist.

The DIA acquired the painting in 1922, and was the first public museum in the United States to acquire a Van Gogh, DIA spokesperson Megan Hawthorne told DailyMail.com.

The price of the painting was $4,200, Bloomberg reported.

Hawthorne said the DIA was made aware of a complaint filed on Tuesday evening and the painting allegedly stolen was not part of the DIA’s in-house collection.

She said it has been loaned from another collection for their exhibit. The placard states that the painting was donated by a private collector in Sao Paolo, the news outlet reported.

‘No allegation of misconduct by the DIA has been alleged, and there has been no request or order for any modification to the exhibition,’ Hawthorne said.

‘The DIA will continue to act in accordance with all applicable laws and museum best practices.’

She added that the loan was accepted in accordance with best museum practices.

She also added it is subject to the protections of applicable Federal law through registration with the US Department of State.

Hawthorne said the DIA was advised of the upcoming hearing but, said she cannot comment on pending litigation.