A prisoner high on Spice died after he set himself on fire at a maximum security jail in the UK.

Convicted arsonist Kevin Hilton died on December 30 last year after torching himself in his cell in the segregation unit at HMP Whitemoor in Cambridgeshire.

The 31-year-old prisoner, who was serving an indeterminate sentence for affray, was high on zombie drug Spice when he set fire to himself.

His death is not the first fatality linked to the zombie drug and in the same month another inmate high on Spice-also in the segregation block- set fire to themselves but survived with burns injuries and remains in the jail. 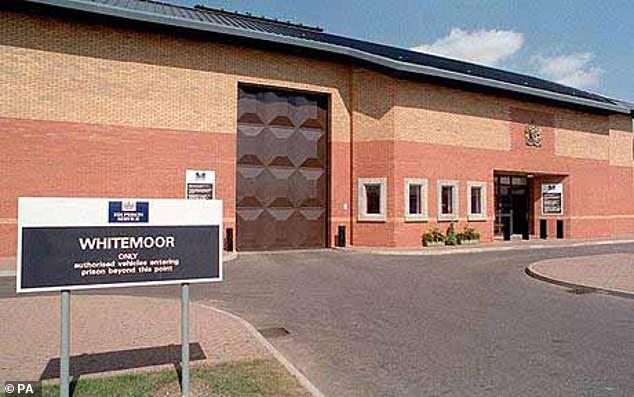 Convicted arsonist Kevin Hilton, 31, died after setting himself at his cell in the segregation unit at HMP Whitemoor in Cambridgeshire in December 2017. Pictured: Outside of the high security prison

Both incidents were revealed in a report into the 450-capacity jail by inspectors from the Independent Monitoring Board (IMB) last week – which said that ‘urgent action’ was needed to stop Spice entering the jail.

The report also stated that violent attacks – many by prisoners high on Spice – had ‘more than doubled’ in the past year.

The report stated: ‘The Board consider that increased availability and use of NPS (Spice) following the smoking ban is a major concern.

‘There have been a number of examples of prisoners debilitated by Spice on every wing; and several prison officers have been taken to hospital suffering from secondary Spice inhalation. 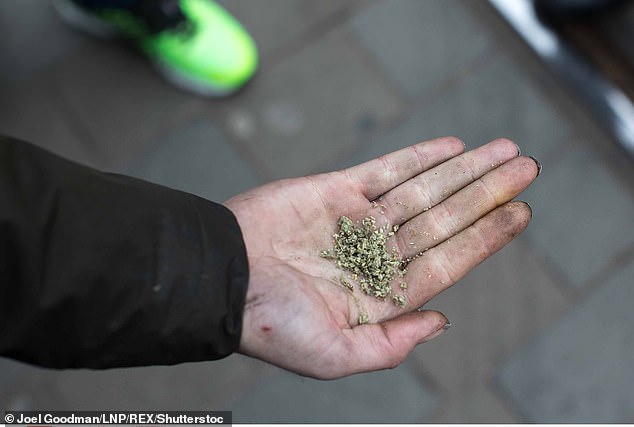 In the same month another inmate, who was also high on Spice, tried to set fire to themselves but survived with burns injuries

‘Urgent and effective action is needed to prevent drugs entering the prison.’

The report continued: ‘Whitemoor remains a safe prison compared to the national average but incidents of violence have more than doubled, particularly on staff.

*’Availability and use of illegal drugs, in particular New Psychoactive Substances pose a significant hazard to prisoners and staff.

‘Anecdotal evidence suggests that increasing use of Spice, and higher numbers of younger, more volatile prisoners are contributory factors; the proportion of younger, less experienced officers may also be having an effect.’

Inspectors called on the Prison Service to take prompt action, asking if the introduction of the smoking ban in prisons had contributed to the growth in the the use of dangerous alternative psychoactive substances.

They also asked:’Will HMPPS take urgent action to implement developing initiatives to stop the flow of NPS and other drugs into prisons?’

The report states that violence has increased by 121 per cent in the last year – compared to a rise of 16 per cent nationally. 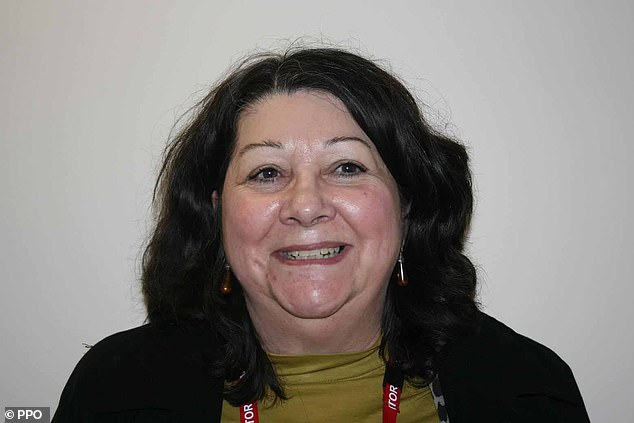 In an annual report Elizabeth Moody (above), the acting prisons and probation ombudsman, said: ‘It’s completely out of control now in prisons it’s so readily available’

An annual report report out last week by Elizabeth Moody, the acting prisons and probation ombudsman, said that Spice had spread to prisons, immigration removal centres and probation hostels.

She said using Spice was a ‘new normal’, adding: ‘It’s completely out of control now in prisons it’s so readily available.

‘Prisons are struggling with the consequences of bad batches of psychoactive substances, which can result in simultaneous multiple collapses of prisoners, unsustainable demand on prison resources, ambulances queuing up at the prison gate and, all too often, death.

‘This destructive epidemic has become the ‘new normal’ in prisons.’

Speaking earlier this year, Glyn Travis, assistant general secretary of the Prison Officers’ Association, said: ‘The evidence is overwhelming – there is a very acute problem with spice.

‘Prisons are awash with drugs and spice is now the cannabis of the 21st century.

‘Spice has become a deadly drug, which causes violence, self harm and suicides – and our staff see it first hand.

‘It a cocktail of chemicals that kills.

‘Some of the acts of violence are not normal – there is no fear or recollection of what they have done (the prisoners high on Spice) – we are calling on the Government to do more.’

An independent investigation by the Prisons and Probation Ombudsman is due to take place into prisoner Kevin Hilton’s death.

A Prison Service spokesperson said: ‘The best way to keep staff and inmates safe is to keep drugs out of prisons.

‘That is why we are spending an extra £40 million on safety and security measures including x-ray scanners, drug-detection dogs, better perimeter searches and phone-blocking technology.

‘In addition, we’re tackling the criminal gangs that smuggle drugs into prisons by investing an additional £14 million each year to cut off their ability to do business.’