THE coronavirus R rate has crept back up in England, rising above the crucial threshold of one in London, new figures show.

Across the UK the Covid reproduction rate has remained stable since last week at 0.7 to 0.9. 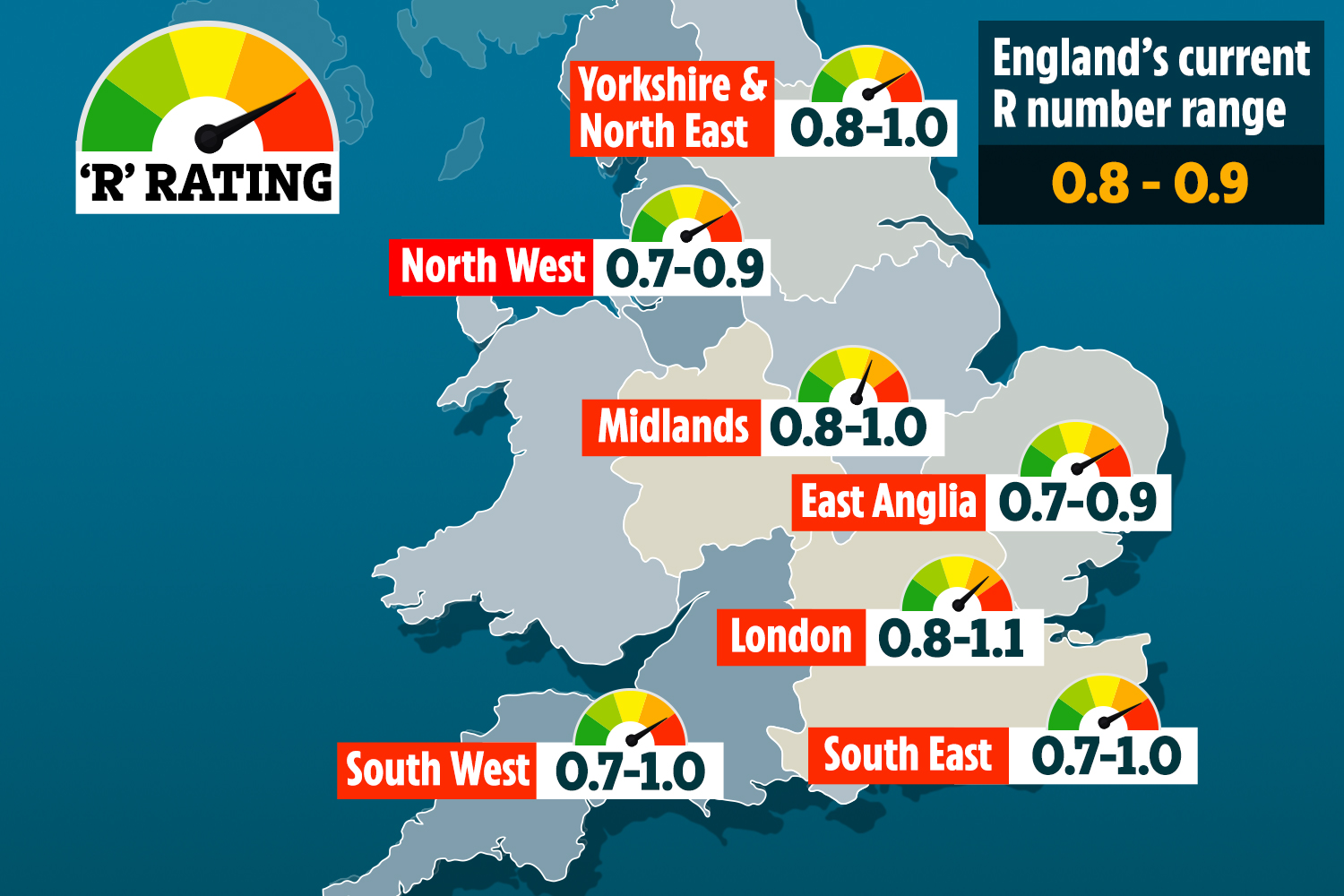 It comes just over two weeks since the latest easing of lockdown restrictions, when non-essential shops reopened their doors, more people went back to work and schools started to welcome kids back into the classroom.

And it's just a matter of hours before the next stage of the nation's economy begins to reopen, with pubs, restaurants, hairdressers and other longed-for services due to open up tomorrow.

The reality is the true R rate probably lies somewhere between the upper and lower estimates. 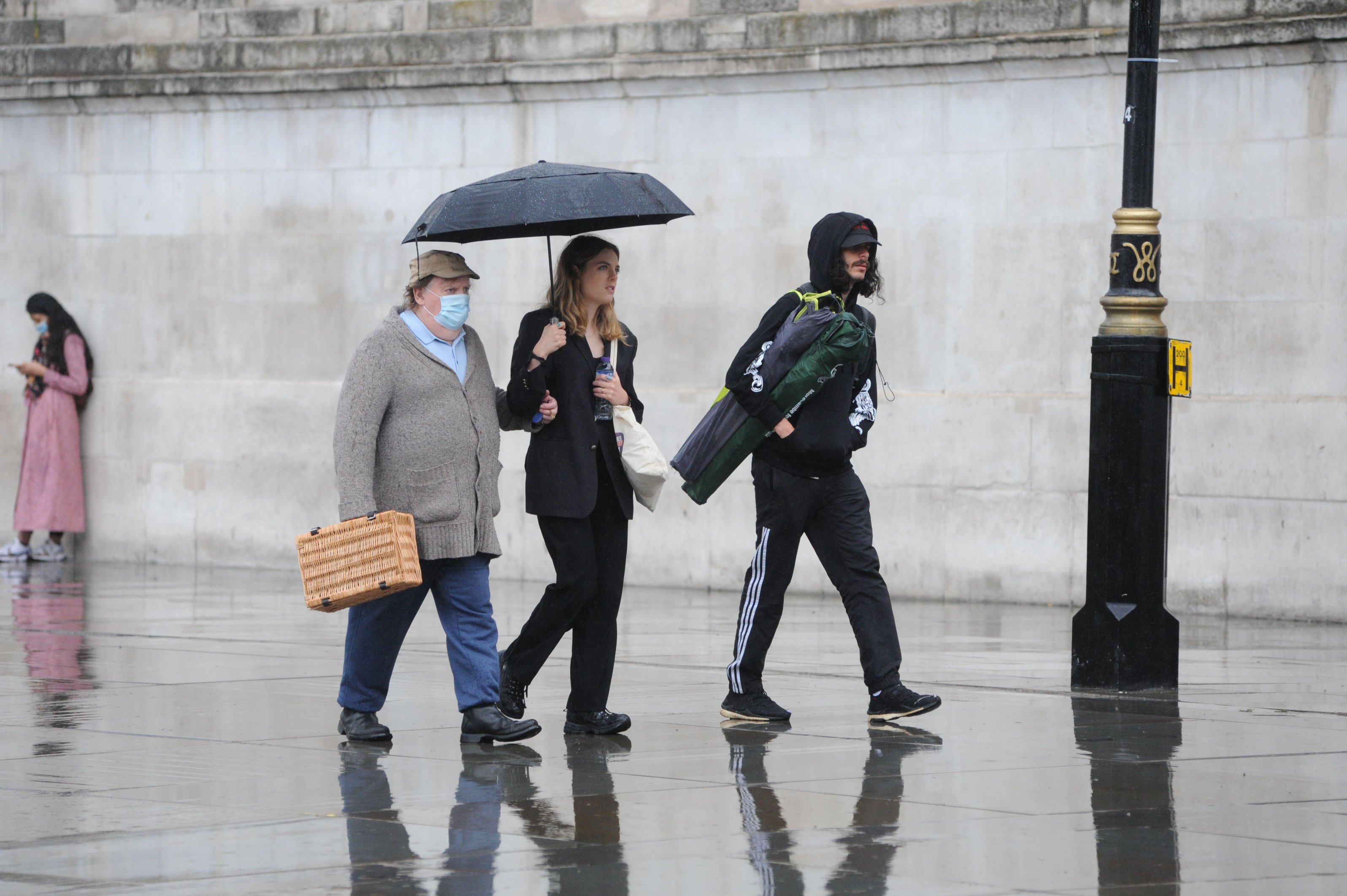 A Government spokesman said: "It is important to recognise that the most likely estimates are somewhere toward the middle of these ranges."

The R rate gives an indication of whether or not the Covid-19 outbreak is growing. Above one, and it's a sign the epidemic is spreading, while below one indicates an outbreak in decline.

Meanwhile, the rate of spread of the coronavirus infection across the UK – the growth rate – has moved from -4 per cent to -2 per cent per day to a wider range of -6 per cent to 0 per cent.

London was hit hardest by the epidemic, seeing the highest infection and death rates at the start of the outbreak. 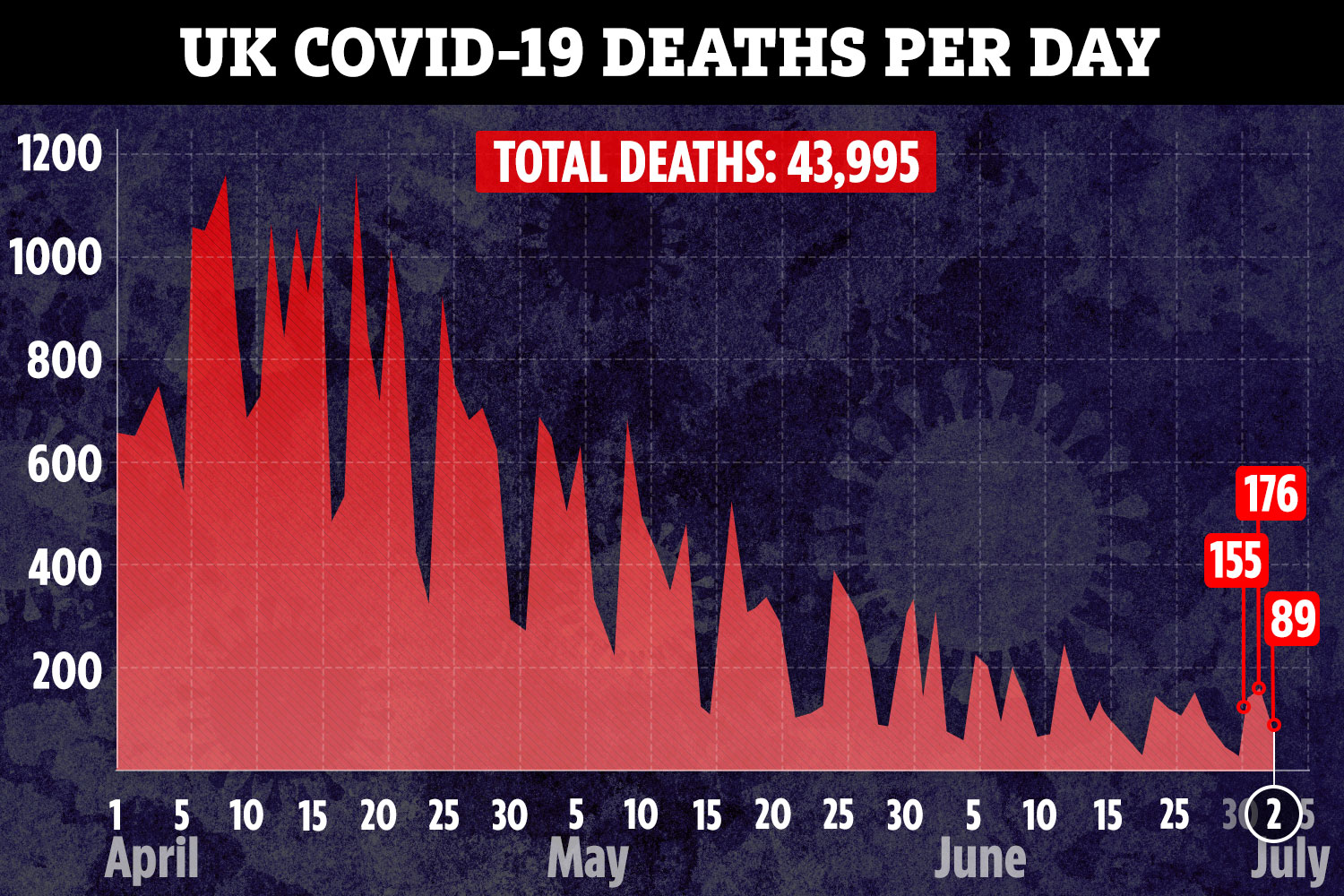 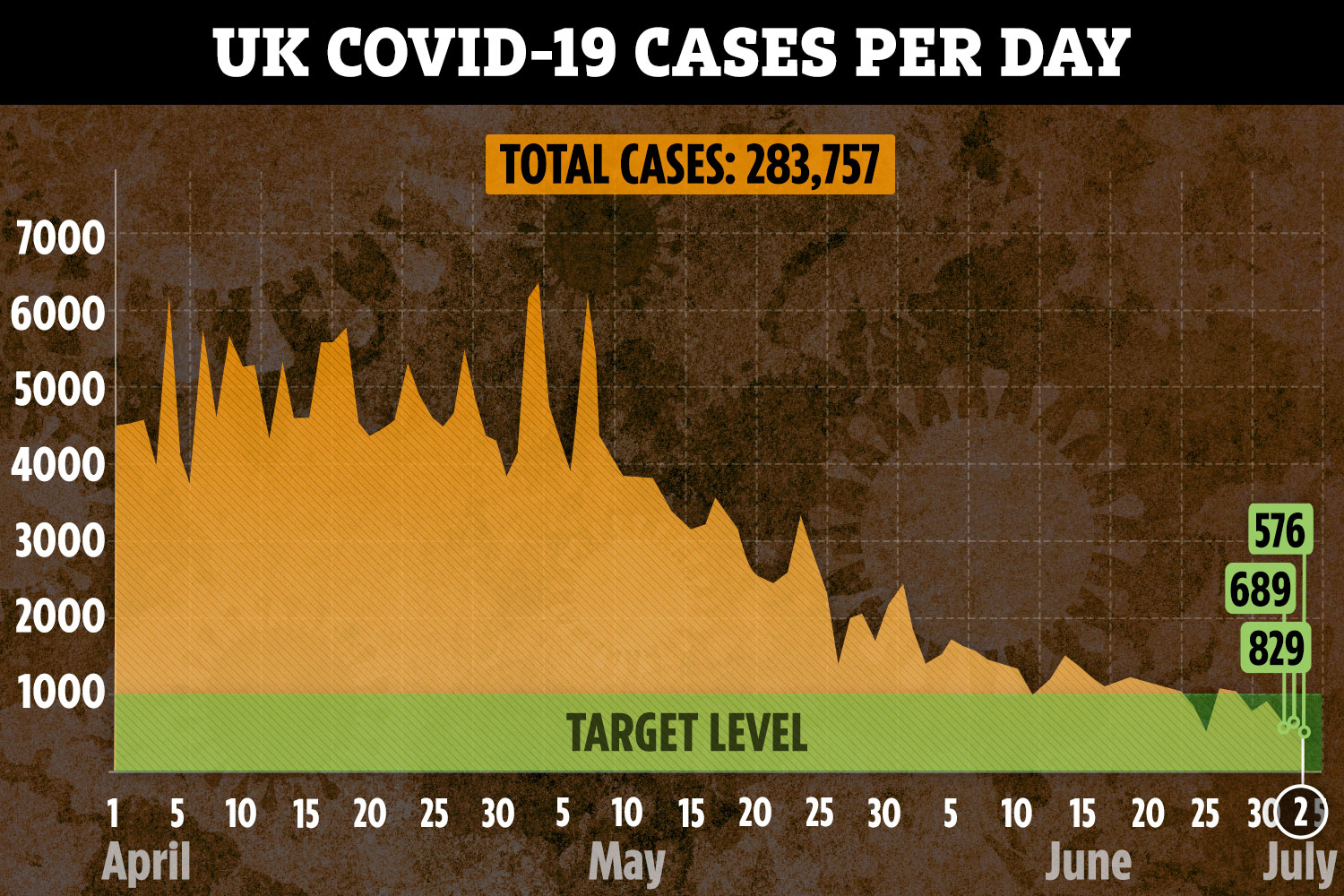 But, given the capital was two to three weeks ahead of the rest of the nation, the first green shoots of hope were evident in its boroughs, with rates tailing off first.

The new figures, showing a slight uptick in the R rate, might suggest the rest of the nation is set to follow suit.

As well as London, the R rate in the Midlands, South East, South West and Yorkshire and the North East, has also risen.

The results from the Midlands come just days after one of the regions biggest cities was forced into a localised lockdown.

The easing of lockdown restrictions has been pushed back a further two weeks in Leicester after a spike in cases.

Non-essential shops have closed in the city and pubs and restaurants will not be able to open for another two weeks. 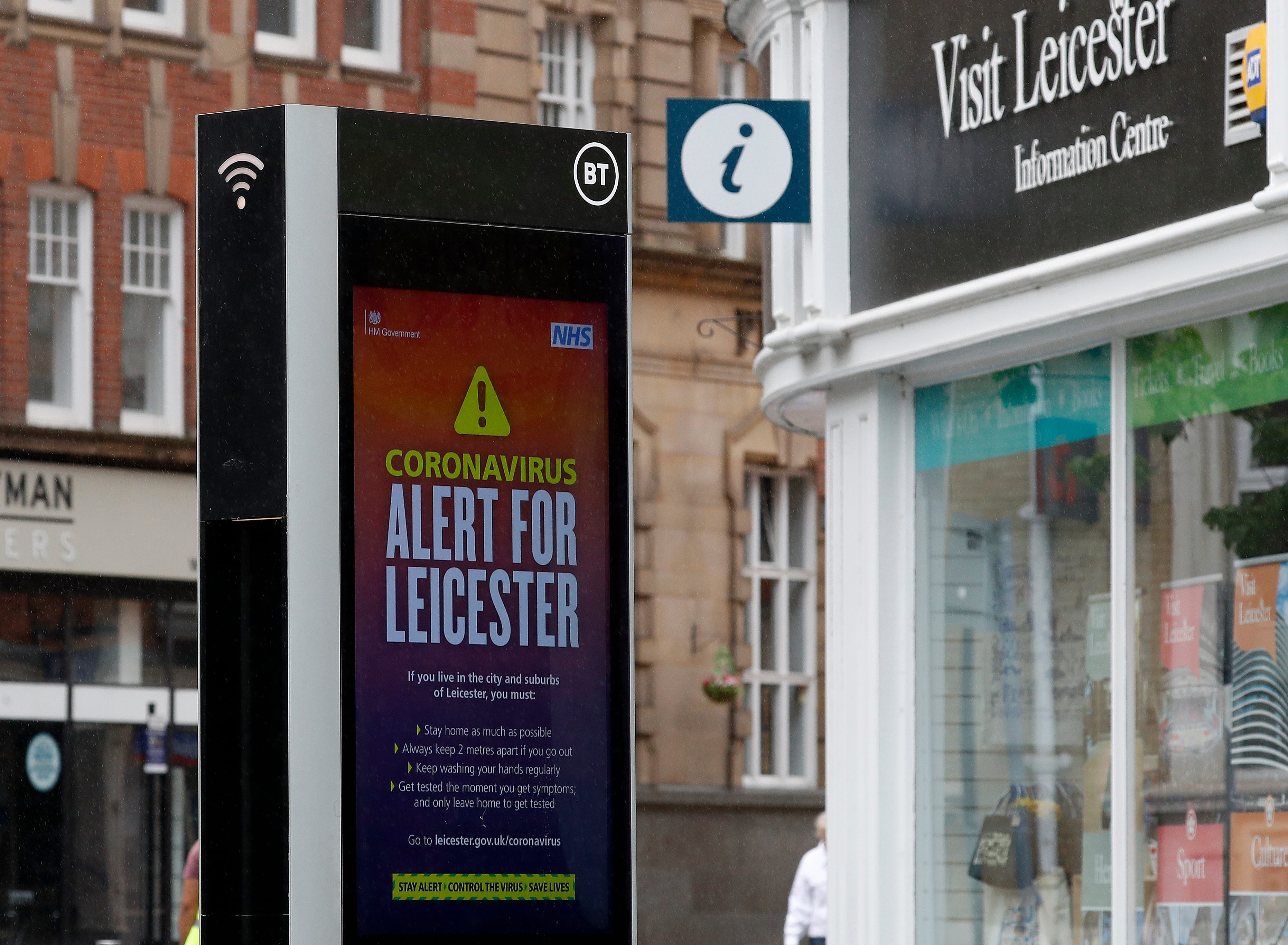 The only region to see a slight drop in their R rate is the North West, which had been bearing the recent brunt of the UK's outbreak until recently. There, the R rate dropped slightly from 0.7 to 1.0 to 0.7 to 0.9.

The update from the government comes just 24 hours after experts at Cambridge University released their own estimates as to what they believed that R rate was.

The Cambridge experts predicted a median R rate, as well as what the upper rate would be.

They stated: "The Midlands has the highest probability (15 per) that R rate is above 1 and a central estimate for R rate of 0.89.

"However, the numbers of new infections occurring in this region on a daily basis is relatively low."

According to their data, the East of England has an R rate of 0.78, London is at 0.77 along with the South West.

To receive The Sun’s Coronavirus newsletter in your inbox every tea time, sign up here.

Get Britain’s best-selling newspaper delivered to your smartphone or tablet each day – find out more.