The long-awaited mobile tracing app is being launched yet again – and this time users will be asked to scan in at barcode points in pubs and restaurants.

Pilot schemes will begin within days on the Isle of Wight – where the first app was tested and failed – alongside one other location and among volunteers.

The public will be urged to scan in at pubs, cafes and restaurants to provide a ‘virtual diary’ of their recent movements.

If another customer in a venue at about the same time tests positive for the virus, the phone owner will be alerted and encouraged to isolate for 14 days and book a test. 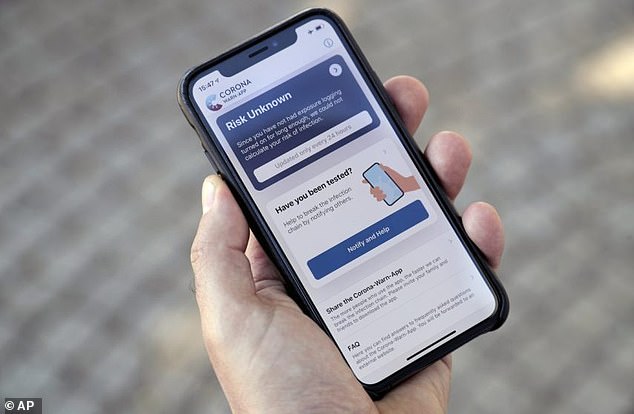 Pilot schemes for the mobile tracing app will begin within days on the Isle of Wight and members of the public will be urged to scan in at pubs, cafes and restaurants. (Stock image)

The app will also use Bluetooth technology provided by Apple and Google to tell users if they have come into close contact with someone who has the virus.

But one of its apparent flaws is that it sends out false alarms telling people they have come into close contact with a positive case. The app’s developers hope to be able to rectify this glitch during the trial.

It will also tell people roughly how many times they have been in close contact with someone who has the app – even if they are not infected. They can then modify their behaviour and observe better social distancing to further reduce their infection risk.

The initial app was meant to have been ready at the end of May but it was axed by Health Secretary Matt Hancock as it did not work with iPhones. It failed to detect if they came into close contact with other phones with the app.

The former system devised by NHSX – the NHS’s technology arm – was abandoned in favour of one provided by Apple and Google. After a brief trial this new version will be rolled out nationwide in time for winter, provided there are no further glitches. 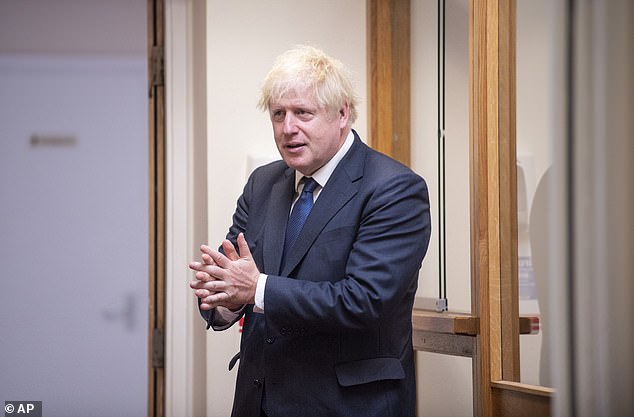 This week the Department of Health announced it would be revamping the entire system – described by Boris Johnson (pictured at St Joseph’s Catholic Primary School in London), as ‘world-beating’

Health officials stress that despite the anticipation around the app’s launch, it will only be a small part of the NHS’s test and trace scheme.

Earlier this week the Department of Health announced it would be revamping the entire system – described by Boris Johnson as ‘world-beating’ – and giving more responsibility to public health teams.

It follows growing concern the scheme was not working well enough to prevent a second wave of the virus when schools reopen next month and only tracing about half of all close contacts.

He told MPs on the All Parliamentary Group for Coronavirus: ‘There’s an awful lot that still needs to be done before we can be confident that we’ve got a fit for purpose, let alone world class, test and trace service in place for winter.’

Ministers are expected to decide today whether to remove France from the list of countries exempt from Covid-19 quarantine restrictions.

The number of cases and hospital admissions in France has risen steadily in recent days, causing alarm among officials and fears for the 500,000 British holidaymakers in the country.

The French health ministry reported 2,524 new infections over the past 24 hours, setting a post-lockdown daily record and taking the country’s total number of cases to 206,696.

The seven-day moving average of new infections, which averages out weekly data reporting irregularities, increased to 1,810.

This is the highest level since April 24, when the epidemic was in full swing, and puts France on the brink of joining Spain and Belgium on the quarantine list.

Earlier this week, French prime minister Jean Castex warned infection rates are on the brink of spiralling out of control. The rise has been blamed on an influx of holidaymakers and French staycationers moving from cities to holiday homes.

UK officials are reportedly waiting to see today’s figures before a final decision is made. An announcement could come this evening but may be tomorrow or later in the week to give France a chance to bring their cases under control.

Holidaymakers would likely be given 30 hours to return, prompting a frantic scramble to get home before they have to quarantine for 14 days.