A Bass Coast Shire councillor is the subject of a major corruption investigation over allegations he offered to spend up to $5 million of his private wealth on communities across South Gippsland if five councillors nominated him as mayor.

Cr Les Larke, a Maserati-driving multimillionaire and former general manager at State Trustees, is accused of making the offer during a meeting in Wonthaggi in 2018, which ended abruptly when several councillors walked out and immediately filed complaints. 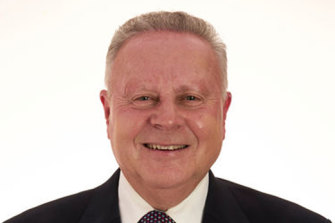 Bass Coast Shire Council referred the allegations to the Independent Broad-based Anti-corruption Commission and the Local Government Inspectorate in 2018 and again in 2020 after receiving an anonymous complaint from the public.

However, the inspectorate only launched an investigation in the past few months. No findings have been made.

Cr Larke has emphatically denied any wrongdoing and will stand again for the Bunurong ward at the upcoming council elections in November.

The Age has obtained emails from three councillors who allege Cr Larke initially offered to give $1 million to each of the three council wards on the Bass Coast on the condition they backed his plan to become mayor.

When his colleagues repeatedly asked if he was serious, Cr Larke allegedly increased the proposed payment to $5 million across the three wards.

Within minutes of leaving the meeting on October 31, 2018, then mayor Pamela Rothfield sent a formal complaint to Paul Buckley, who was the council's chief executive at the time.

Cr Rothfield, in her email, told Mr Buckley she was "shocked and disgusted" by Cr Larke's alleged offer of a quid pro quo deal.

"I immediately asked if he was joking and he responded 'No I am serious'."

"He was asked twice more by the deputy mayor [Cr Brett Tessari] and myself whether he was joking and both times he responded 'No I am serious'. I believe he was absolutely serious," Cr Rothfield said in the complaint. 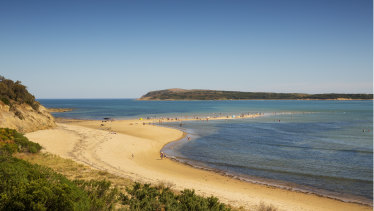 "I said that what he was suggesting is exactly why our population hates politicians and has lost all respect for the system," she said.

Mr Buckley confirmed he received the complaints, which he referred to IBAC and the Local Government Inspectorate in late 2018.

A spokesman for inspectorate said it was "investigating a complaint relating to Bass Coast Shire Council," but declined to make further comment.

The Age has been told an investigator from the inspectorate has interviewed at least four councillors and Mr Buckley over the past six weeks.

Bass Coast Shire Council chief executive Ali Wastie, who replaced Mr Buckley, confirmed she was aware of serious probity concerns regarding a serving councillor, who she declined to name.

"Council can confirm that there is a formal investigation being undertaken into alleged corruption by a current councillor at Bass Coast Shire," said Ms Wastie.

However, Ms Wastie said the matter "relates to one councillor and does not involve the organisation nor the broader councillor group in any way". 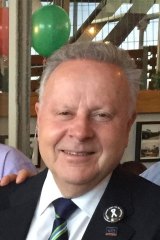 Cr Larke is under investigation for allegedly offering to spend $5 million on communities in South Gippsland if fellow councillors supported his bid to become mayor of Bass Coast Shire.

Cr Larke, who claims to own a vast property portfolio including a residence in Monaco, declined to answer questions from The Age. He said the matter was confidential under section 77 of the Local Government Act.

"In the event of an LGI investigation, I would refute each and every allegation made along the lines you have outlined," Cr Larke said.

However, complaints by councillors Brett Tessari and Geoff Ellis, which were also made within two hours of the meeting on October 31, 2018, support the allegations made by Cr Rothfield.

"Cr Larke indicated payment to all three wards in return for him winning the upcoming mayor vote. My initial thought was it was tongue in cheek," Cr Tessari said in an email to Cr Rothfield.

"The option to clarify the comment as a 'joke' was given and I asked Cr Larke if it was tongue in cheek twice, which he indicated 'No it wasn't'."

A separate email from Cr Ellis is also consistent with Cr Rothfield's version of events.

"Cr Larke asked if we would support his bid in return for a benefit. I can't recall the exact wording as I thought it was a joke," Cr Ellis said in a complaint.

"Eventually a sum of $5 million was mentioned by Cr Larke. Mayor Rothfield asked, three times, if he was serious. Cr Larke gave no indication he was joking and said that he was serious," according to Cr Ellis' email.

None of the Bass Coast Shire councillors contacted by The Age were willing to make comment, other than Cr Rothfield.

"I cannot comment on a matter which is currently the focus of an investigation by the Local Government Inspectorate.

"However, I will say that in my time as mayor and councillor, I have had a zero tolerance approach for anything resembling corruption," Cr Rothfield said.