A devoted couple who got engaged within two weeks of meeting are celebrating 70 years of wedded bliss – and say they have never had an argument.

Megan who was visiting from Wales was so smitten with Denis after one meeting, she began writing to him.

Two weeks later, Denis wrote from where he was working in Southampton – and asked Megan to be his bride. 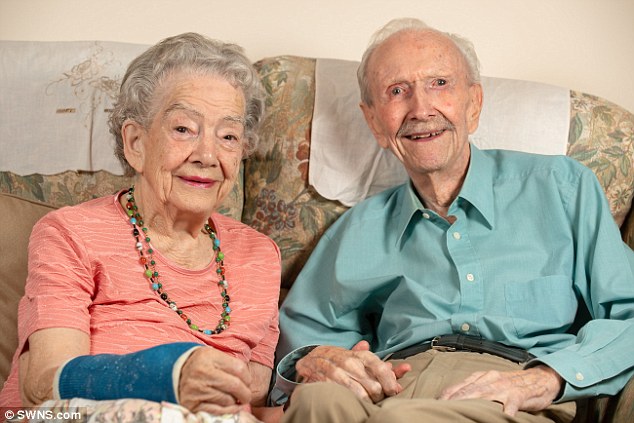 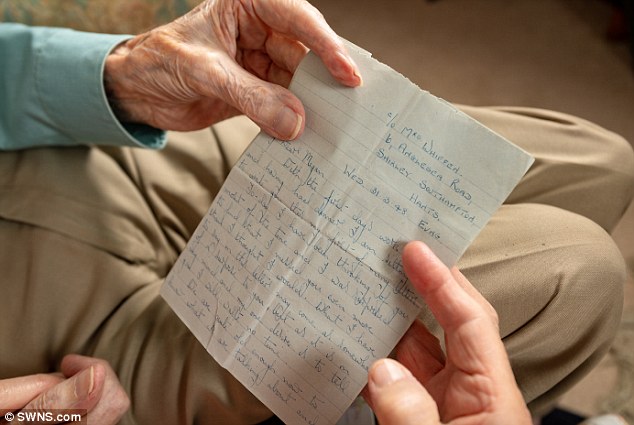 Megan, 92, and Denis Bollington, 93, tied the knot within just three months of knowing each other and exchanged 129 love letters 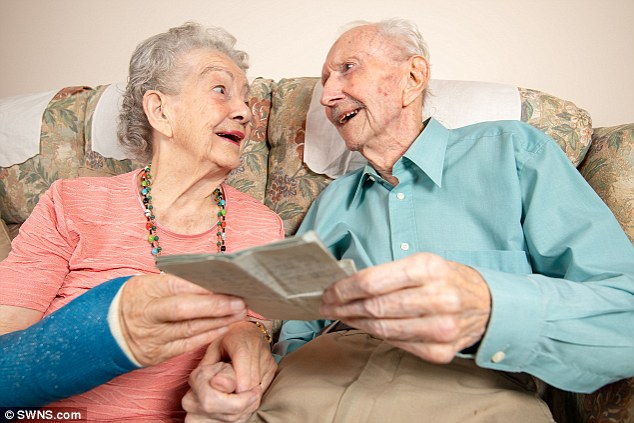 Love letters: For seven decades Megan and Denis Bollington have kept the notes they sent one another in their twenties

The pair then started writing to each other until they met again on Whitsun weekend at the end of May in 1948.

This is when Denis was able propose in person.

The pair swapped 129 love letters before they were able to marry.

Denis said: ‘We were mutually attracted to each other, it just came naturally.

‘We just loved each other, it’s difficult to explain but we wrote about 50 letters to each other, and we still have them.’

Megan who was in the Women’s Land Army during the Second World War, added: ‘There was just something there, I don’t know what it was but I wouldn’t want my life to be any different. 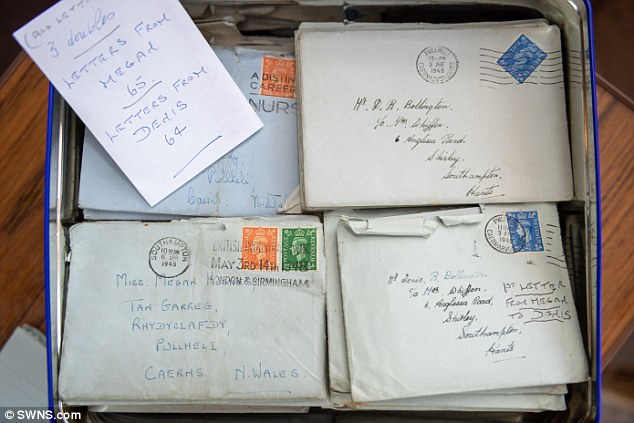 Letters of love: The letters have been kept in a box since the couple moved in together – 65 from Megan and 64 from Denis 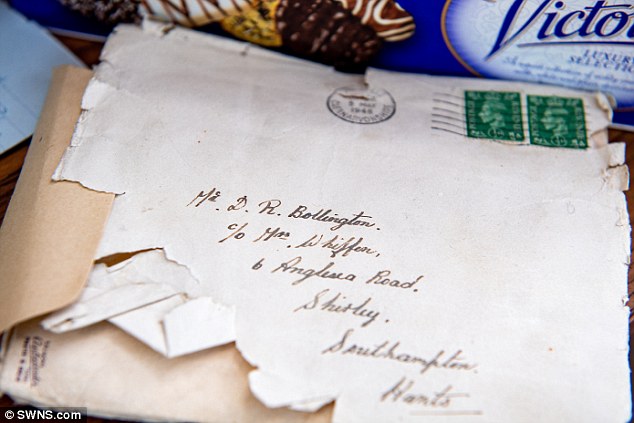 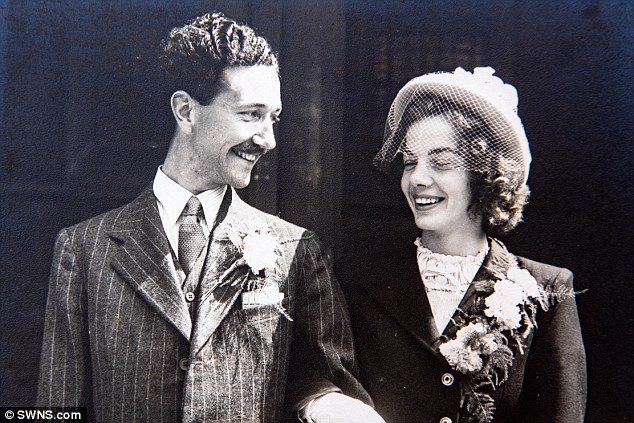 Megan and Denis on their wedding day in 1948. They have never had a single argument since getting hitched, they say 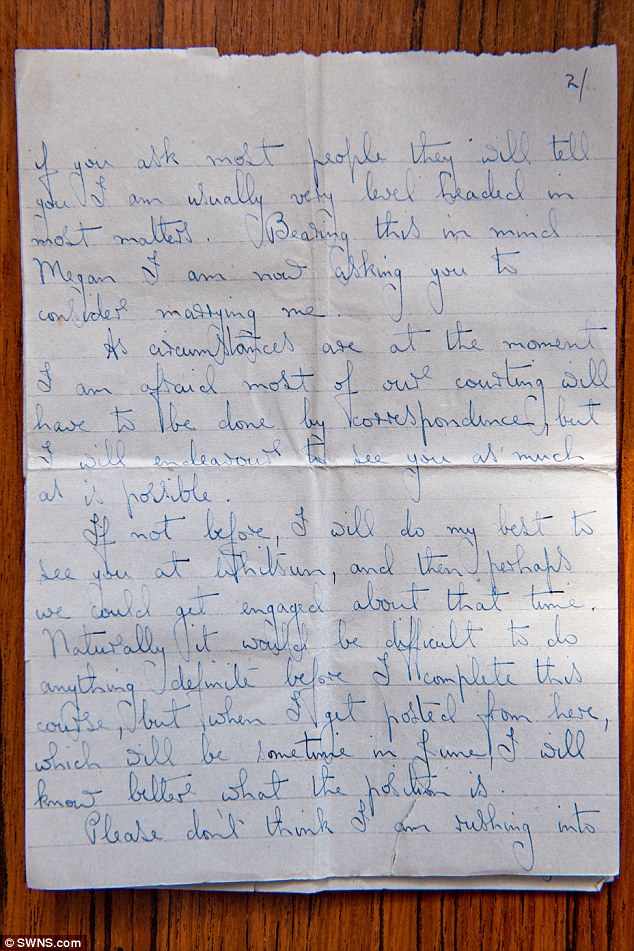 The first proposal: ‘I am usually very level headed in most matters – bearing this in mind Megan I am now asking you to consider marrying me’ 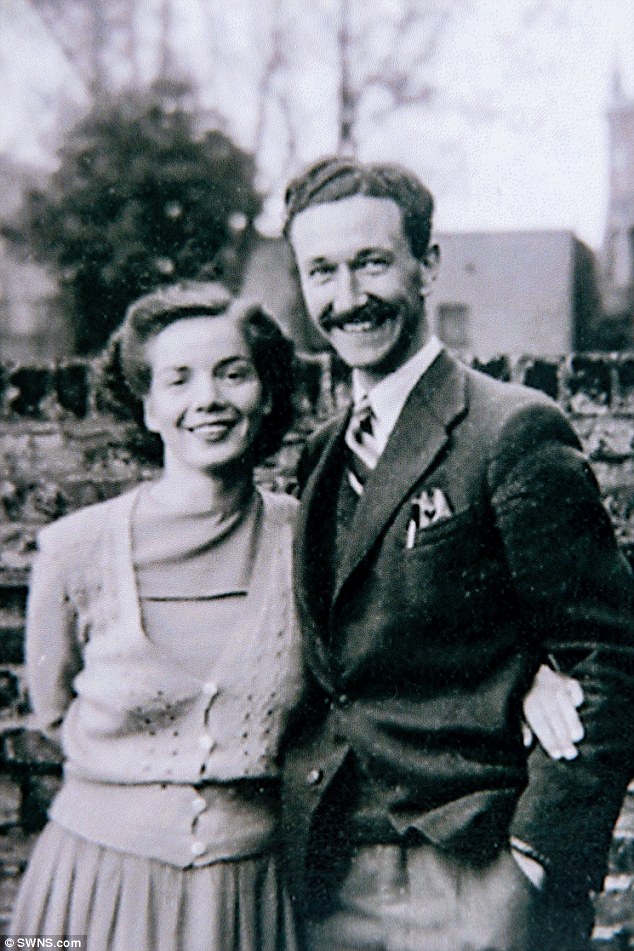 True love: Denis says the secret to their marriage is their devotion to one another since day one. Pictured together in September 1949 in Highbury London 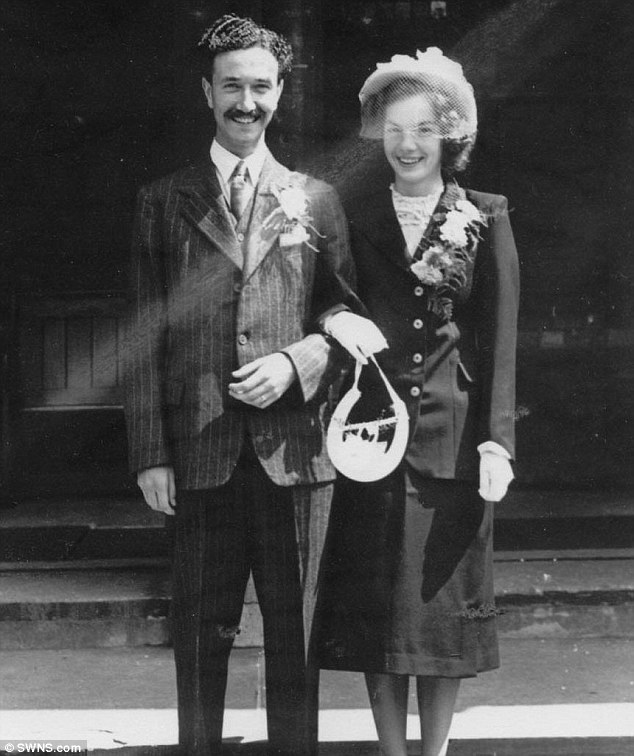 ‘When I first met Denis it was at Easter. On the Easter Monday he had to go back to Southampton where he was based, but I didn’t have to go back to Wales until the Wednesday.

‘When I got home there was a letter from Denis and he proposed in that.

‘It took a while for me to say yes as I didn’t see him again until the end of June.’

After the engagement Denis spent two weeks meeting Megan’s family in Wales – they then wedded on 31 July 1948.

Megan and Denis then lived in London until 1968.

Megan said: ‘When we were first married I didn’t have a job.

‘My first job was in London for a company that cleaned phones, it taught me how to get around London.’

On leaving the RAF, Denis worked for Ordnance Survey, having trained as a land surveyor.

Ordnance Survey – is a national mapping agency in the United Kingdom which covers the island of Great Britain and is one of the world’s largest producers of maps.

Whenever Denis would travel for work, he would take his letters with him and Megan kept the notes at home with her.

Since they have been married they have kept their letters together in date order in a tin wrapped in a bow.

Megan and Denis left London in 1968 and moved to Braintree, Essex for a while, before moving to Colchester, Essex in 1987.

They said there was a six-year gap between Denise and Paul as Denis had been ill with tuberculosis, and was recovering for two years.

Denis said the key to their happiness was real love. 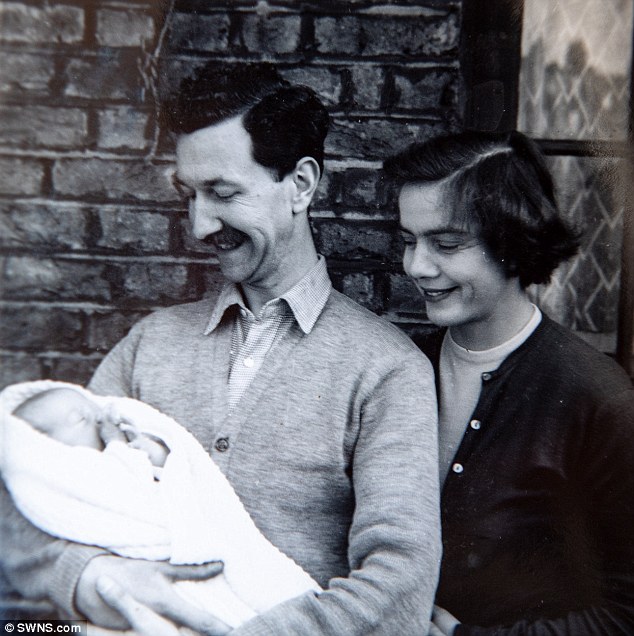 Denis and Megan with baby Paul in 1958. They had three other children while living together in London before moving to Essex 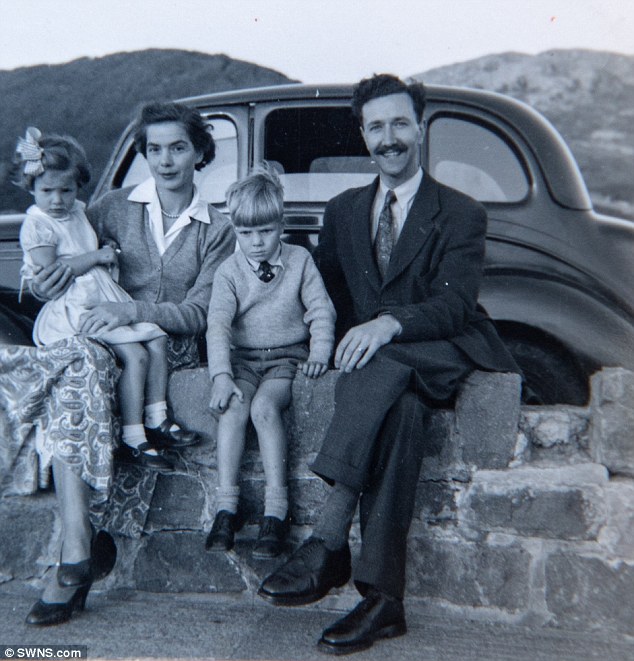 A family album: Denis and Megan with two of their children Denise and Brian, in 1956 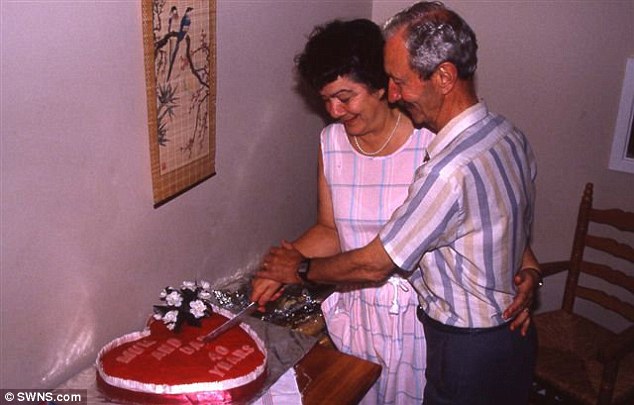 Denis and Megan on their 40th wedding Anniversary on 31st July 1988. They are now celebrating seventy years of love 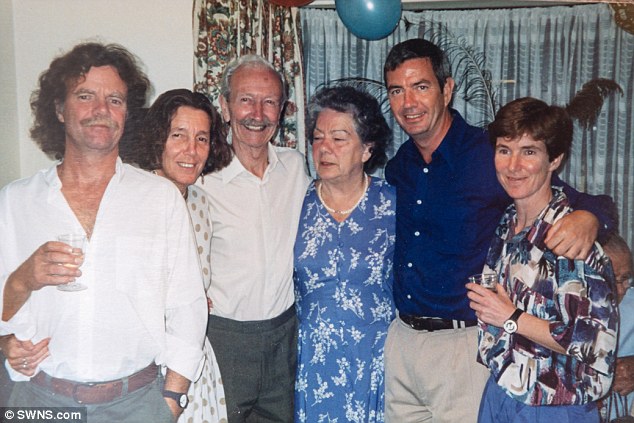 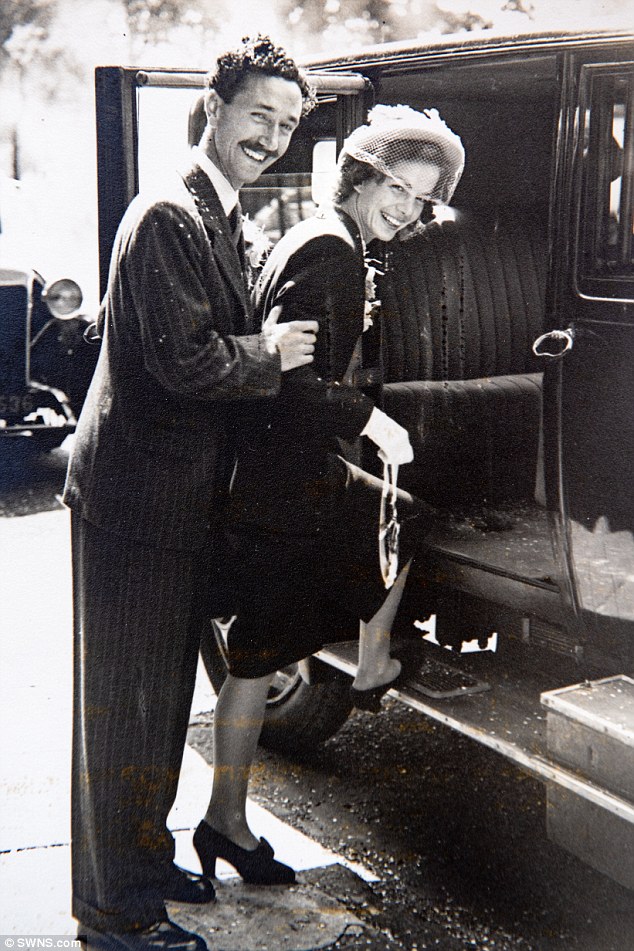 Megan and Denis on their wedding day in 1948. This image was taken just three months after they met in London

He said: ‘A lot of people get confused between real love and sex.

‘In our case it was real love. Life has revolved around family and we have been very happy.’

They claim to have never had any arguments throughout their seven decade marriage.

The couple collectively give their top tips for keeping a strong relationship, they add: ‘Have real love, stick together when things are difficult.

‘Help each other through the difficult times – being tolerant with each other.’

Their daughter, Denise adds: ‘They have always supported all of us children.. We could talk to both of them about really private things, it has always been very family orientated.

‘It’s very enduring and lasted all the way through.

‘They both came from loving families and took that forward in their own lives with their own children.

‘Mum’s favourite was the first letter when my dad asked her to marry him.’