Home » Couple fall off balcony together after blistering row 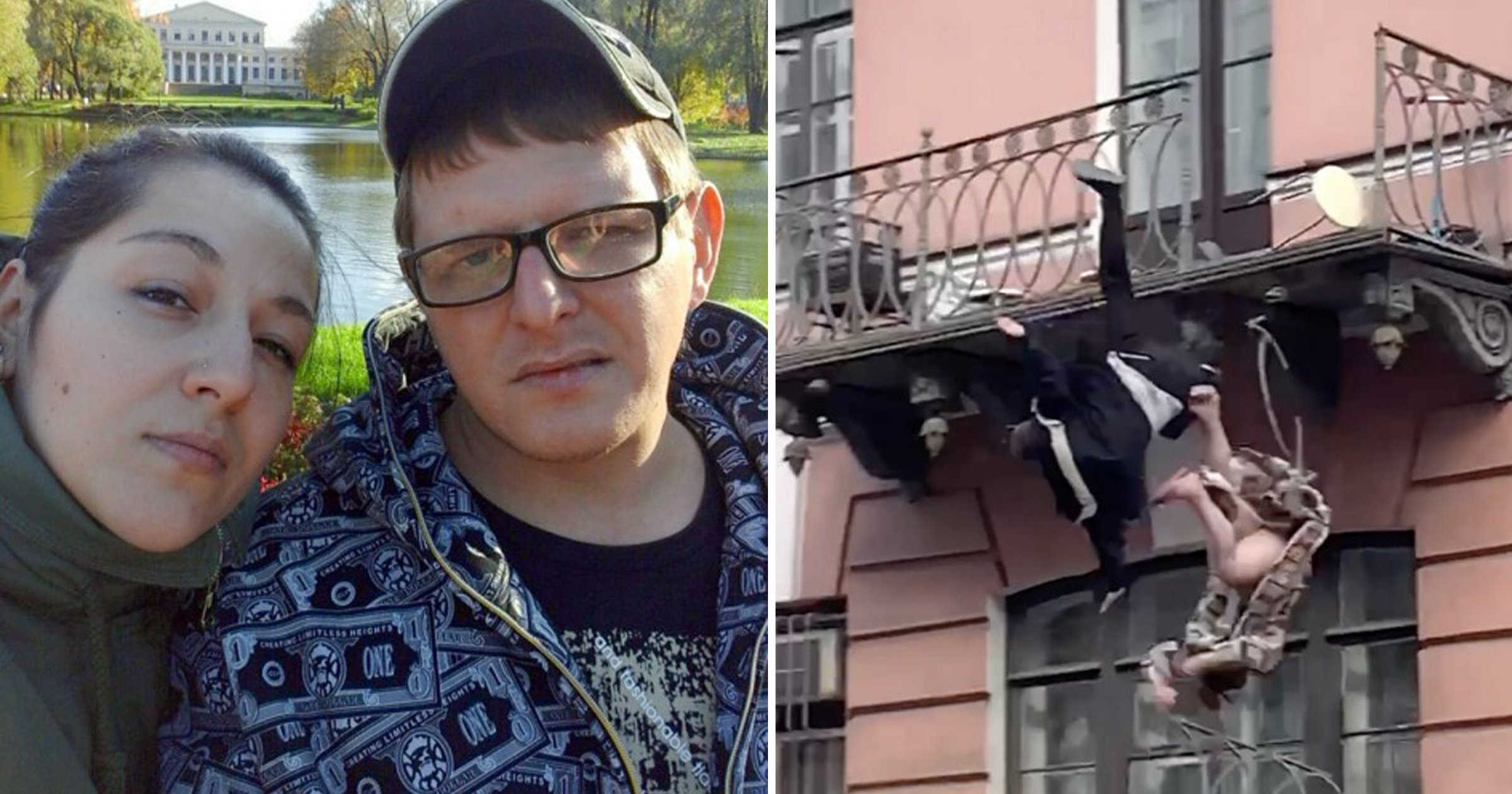 This is the terrifying moment a couple smashed through their balcony railings and plunged 25ft to the pavement below after having a row.

Footage shows Olga Volkova and Yevgeny Karlagin, both 35, struggling on the floor of the second-floor balcony of their home in St Petersburg, Russia, on Saturday morning.

While the pair were arguing, they smashed into the balcony railings which suddenly gave way and caused the couple to fall onto the concrete below.

Ms Volkova was wearing underwear with a robe or blanket wrapped around her when they fell, while Mr Karlagin was fully dressed.

The pair were rushed to hospital with ‘serious’ injuries, reported local media.

Both are said to have suffered broken limbs but they are not in a critical condition. 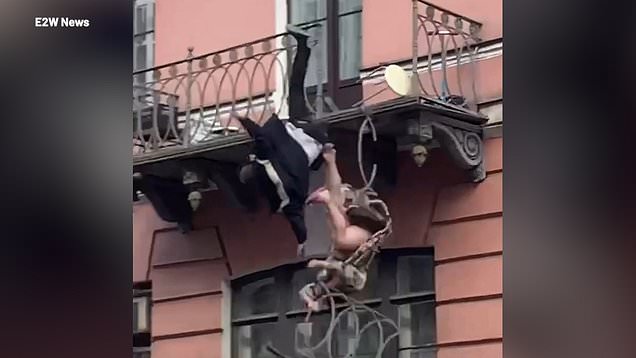 Eyewitnesses said they saw the pair, who have a young son, arguing at around 10am before they were hurled from the balcony.

Witness Denis told Komsomolskaya Pravda newspaper: ‘I was walking with my colleague and filming the historic street view.

‘I noticed the row and began to shoot when this happened.

‘Someone with medical experience was nearby, and checked their pulses, saying they had both survived.

‘We called an ambulance.’

The St Petersburg state prosecutor’s office is investigating whether the balcony was in poor repair, which could lead to prosecution.

The building, which is in the historic centre of St Petersburg, is said to date back to 1833.