Home » Lord Hall should be stripped of his peerage, says DUP's Ian Paisley

Former BBC boss Lord Hall should be stripped of his peerage over the Bashir scandal, says DUP’s Ian Paisley

Former BBC boss Lord Hall should be stripped of his peerage over the Martin Bashir scandal, an MP has told Parliament’s ethics watchdog.

The DUP’s Ian Paisley said the peer should not be allowed to ‘hide’ in the House of Lords, adding: ‘Authorities must move to strip Lord Hall of his title.’

Mr Paisley has written to the House of Lords Standards Commissioner to complain about Lord Hall’s conduct over the Panorama interview with Princess Diana, The Mail on Sunday can reveal. 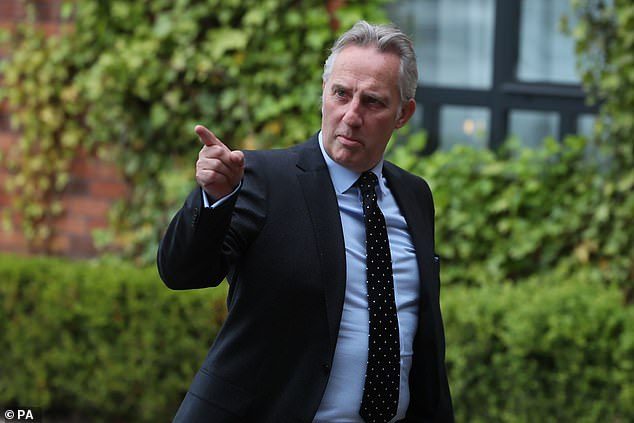 In a blistering attack, Mr Paisley said: ‘It is untenable for him to remain in a position of public trust. But he continues to be effectively one of our nation’s lawmakers as a privileged member of the Lords.’

This month the independent review by Lord Dyson heavily criticised Lord Hall for leading a ‘woefully ineffective’ internal probe in 1996 that cleared Bashir of wrongdoing. Lord Hall was the BBC’s director of news and current affairs from 1993 until 2001.

When this newspaper first reported allegations about fake documents used by Bashir to obtain the interview in 1995, Lord Hall led the investigation which exonerated Bashir and described him as honest and honourable.

Lord Hall went on to become BBC director-general for seven years until August 2020. 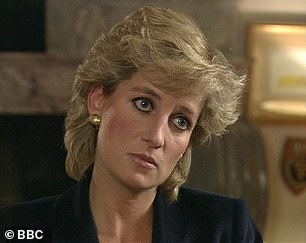 In an article for MailOnline today, Mr Paisley writes: ‘This leadership man, a one-time god at the BBC, not only looked the other way, but then took a double-take and permitted the rehiring of Bashir in the full knowledge of what had occurred.

‘This just can’t be allowed to blow over as if it was some unfortunate error. The BBC has been accused of contributing to the break-up of a relationship, creating fear and paranoia in a woman – not just any woman – but one who could have been Queen of our nation.’

Following the publication of the Dyson report, Lord Hall resigned as chairman of the National Gallery, saying he did not want his presence to be a ‘distraction’.

Mr Paisley also told The Mail on Sunday he may introduce a private member’s Bill to strip Lord Hall of his peerage if the Lords Commissioner does not do it or ask the Leader of the Commons, Jacob Rees-Mogg, to consider triggering powers the House has ‘to deal with a serious misdemeanour’.