A CRUEL prankster ordered 21 meals from a struggling family restaurant before giving them a fake address and refusing to pay.

The man ordered the takeaway dishes totalling to £96 ($170) and provided a random address to the restaurant in Melbourne, Australia. 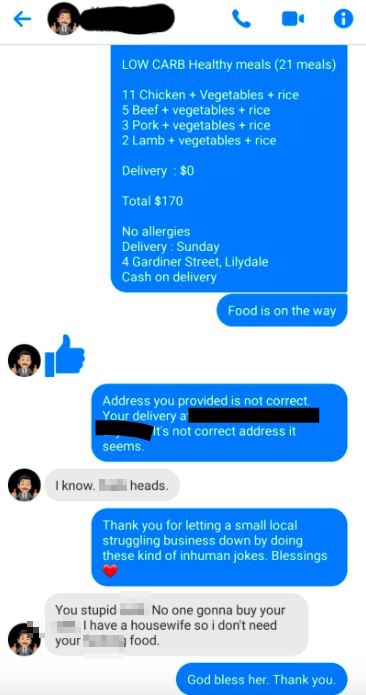 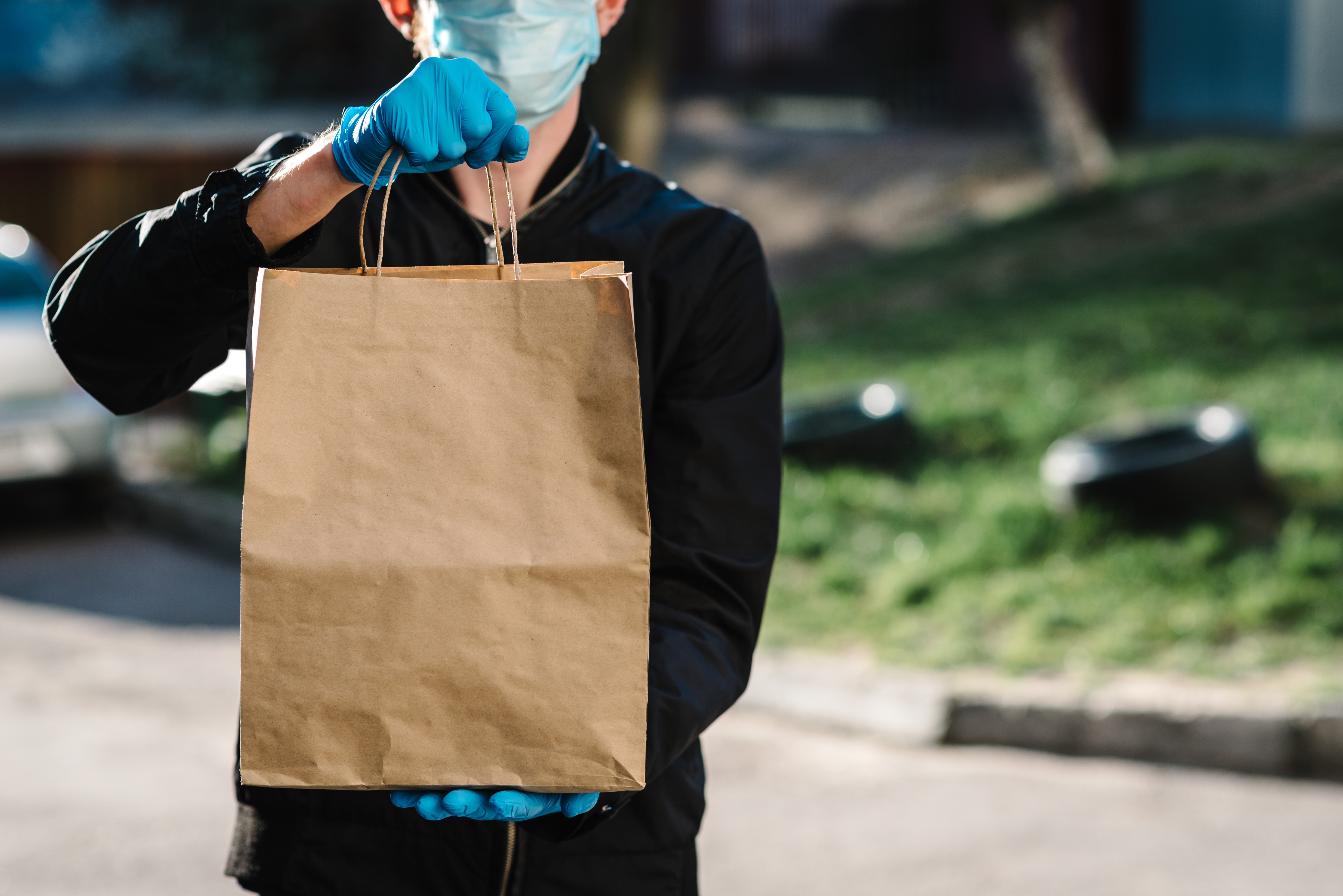 The food ordered included several meat dishes along with portions of vegetables and rice.

In the texts exchanged between the prankster and the restaurant, the man said there would be cash on delivery and gave the first line of the address.

When the prankster received a text from the delivery driver that the "food was on the way" the man replied with a thumbs-up emoji.

It was only when the driver arrived at the Yarra Valley address given that they noticed something was wrong.

"Address you provided is not correct.. .it's not correct address it seems," they text back.

The prankster then proceeded to hurl vicious abuse at the deliver.

A screenshot of the texts coldly read: "I know. F*** heads."

The delivery driver replied: "Thank you for letting a small local struggling business down by doing these kind of inhuman jokes. Blessings."

Screenshots of the heartless prank were posted to Reddit which prompted outrage at the prankster's sick joke.

"Irked me that he didn't say he had a wife, but a housewife, like that's her whole identity. Feel sorry for her. She probably has to put up with this sort of stupid power game s**t too," another Redditor said.