Dental student, 23, who claimed he was only sending money to his militant brother in Syria ‘for a nose job’ is convicted of terror offences 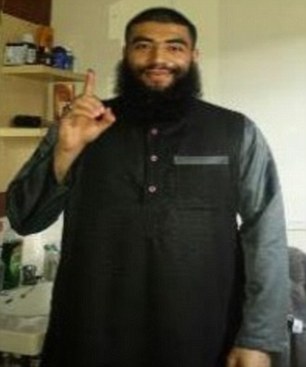 Abdurahman Kaabar, pictured, admitted sending £500 to his younger brother when he was fighting in Syria but said he believed it was for a nose job. He was found guilty of funing terrorism at Sheffield Crown Court

A dental student who claimed he was only sending money to his militant brother in Syria to pay for a nose job has been convicted of terror offences.

Abdurahman Kaabar, 23, who is studying at Plymouth University, agreed to send £500 in late 2016 to his brother with the help of a friend, Badroddin Kazkaz.

His younger brother Mohammed Kaabar had travelled to Syria via Turkey earlier that year to join the terror group Jabhat al Fateh al Sham – previously known as al-Nusra – who were fighting against government forces.

Kaabar already admitted possessing and disseminating extremist material that could be used by someone planning a terror attack.

The material included advice on bomb making, kidnapping and use of poisons, the Crown Prosecution Service said.

The jury heard Kaabar admit to knowing his brother was fighting with the group but deny knowing that the money was to fund terror, arguing instead he sent it for his brother to obtain medical advice for a nose job.

Kaabar, whose brother is believed to be still in Syria, was also found guilty of a second count of funding terrorism when he offered to send a further sum to his brother in July 2017, although the transfer did not take place.

Kazkaz pleaded guilty to funding terrorism at an earlier hearing.

Kaabar and Kazkaz, also 23, of Sheffield, will be sentenced on September 25. 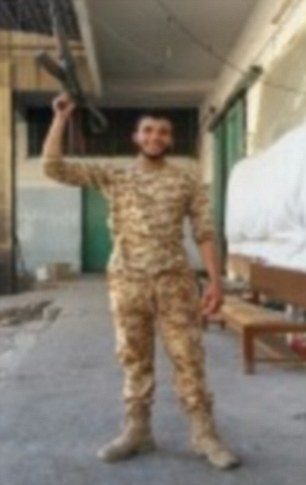 Abdurahman has said he believed Mohammed, pictured, only needed the money for his nose operation because he already had all the ‘equipment’ he needed from the group he was with in Syria

Outside court, Deb Walsh of the CPS said: ‘The prosecution was able to show that Abdurahman Kaabar and Badroddin Kazkaz believed in establishing an Islamic state through the use of violence which they were prepared to fund.

‘Kaabar also admitted to having and sharing a number of violent publications.

‘He clearly holds an extremist world-view and was prepared to play an active role in terrorism. He must now face the consequences.’

‘He was not only in possession of terrorist material, he was also sharing it and encouraging others to carry out terrorist activity.

‘Kaabar and Kazkaz both transferred money to Kaabar’s brother, believed to be fighting in Syria.

‘It is highly likely that they would have at least suspected that the money would be used to further the cause of terrorist groups and potentially fund terrorist activity.

‘Showing support and providing funds to these types of groups allows terrorism to survive.’

Previously, Sheffield Crown Court heard that Mohammed Kaabar posted footage of a battle in which he had been involved on Snapchat in August 2016.

It showed him coming under fire in a car, footage of explosions and burning buildings and footage of him launching an attack and was described as ‘Looking like no man’s land’. 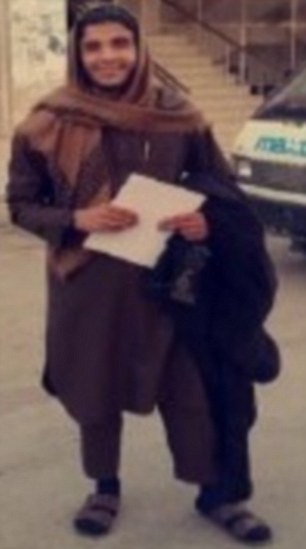 Mohammed, pictured, asked his brother to ask their father, but his reply said: ‘You have to prepare yourself that you may not be able to eat some days. That is the life you have chosen’

But Abdurahman encouraged him: ‘You are there now, its calm. Gotta ride it till da’ end. No coming back. Walk the walk.’

Mohammed first pleaded for money in October 2016, adding: ‘Please be hasty. Winter is coming soon. I need some equipment.’

His brother replied, ‘understood. I’ll do my best’, and eventually managed to pass a friend, Badroddin Kazkaz, £500 in cash in a Tesco car park, which was then apparently transferred using Western Union.

The following June he asked for more money, saying: ‘I need to buy some gear. Have nasal operation and cover living expenses.’

Mohammed asked his brother to ask their father, but his reply said: ‘He said you have to adapt to the environment. You are in the motherland of war.

‘People die of hunger and thirst. You have to prepare yourself that you may not be able to eat some days. That is the life you have chosen.’

He also said: ‘This ain’t a holiday.’

Abdurahman told him that he could only ‘do’ £100 to £150 but Mohammed pleaded that he needed money urgently and wanted around $500 ‘to keep me going for the next couple of months’, adding: ‘Winter coming soon. Try to convince dad/mum. The route is secure just like the last time nothing to worry about.’

He was arrested at the family home in Sheffield the next day. He has already pleaded guilty to three counts of possessing records useful for terrorism and 12 offences of disseminating terrorist publications.