Miami Dolphins quarterback Tua Tagovailoa is back in the NFL's concussion protocol one day after losing to the Green Bay Packers, head coach Mike McDaniel confirmed Monday. His status for a pivotal AFC East matchup with the New England Patriots in Week 17 is now officially in doubt.

McDaniel added that he didn't know when Tagovailoa suffered a concussion and that no one flagged any symptoms during the game, which was why Tagovailoa never left the game against the Packers.

"It was something he met with doctors today and discussed some symptoms," McDaniel told reporters Monday.

This development is significant for two reasons. For one, the Dolphins remain very much in the AFC playoff hunt despite losing to the Packers, but need to win at least one of their next two games to have a shot at the postseason. Miami lost three games early in the season when Tagovailoa missed time with a concussion.

That takes us to our next point revolving around Tagovailoa's physical health. Tagovailoa suffered what looked like a concussion in Week 3 against the Buffalo Bills, but returned in the second half from what the time described as a back injury. Tagovailoa suffered another head injury a few days later against the Cincinnati Bengals on Thursday night when was taken off the field in an ambulance. He later said that he didn't remember leaving the field after being hit that night.

Those two instances ignited weeks worth of questionsand investigations into the team's handling of concussions before Tagovailoa eventually returned in Week 7 against the Pittsburgh Steelers.

Now, those questions could re-emerge with Tagovailoa back in the concussion protocol, especially after McDaniel said no one alerted him during the game that the QB could have suffered the injury. This is notable because the NFL Players Association fired the independent doctor who allowed Tagovailoa to return to the Week 3 game.

Apart from the concussion discussion, this news could also affect the AFC playoff race.

The Dolphins would likely turn back to Teddy Bridgewater against the Patriots and/or the Jets if Tagovailoa can't play. McDaniel already said Bridgewater would get the first-team snaps in practice while Tagovailoa is in the protocol but added that it's "too soon to really tell" who will start in Week 17. Miami averaged just 16 points per game in the three contests Tagovailoa didn't play or finish and lost all three.

The Patriots, Jets and Los Angeles Chargers are three teams who'd benefit the most from more Dolphins' losses, while the Pittsburgh Steelers and Las Vegas Raiders are also still in the hunt for the postseason. 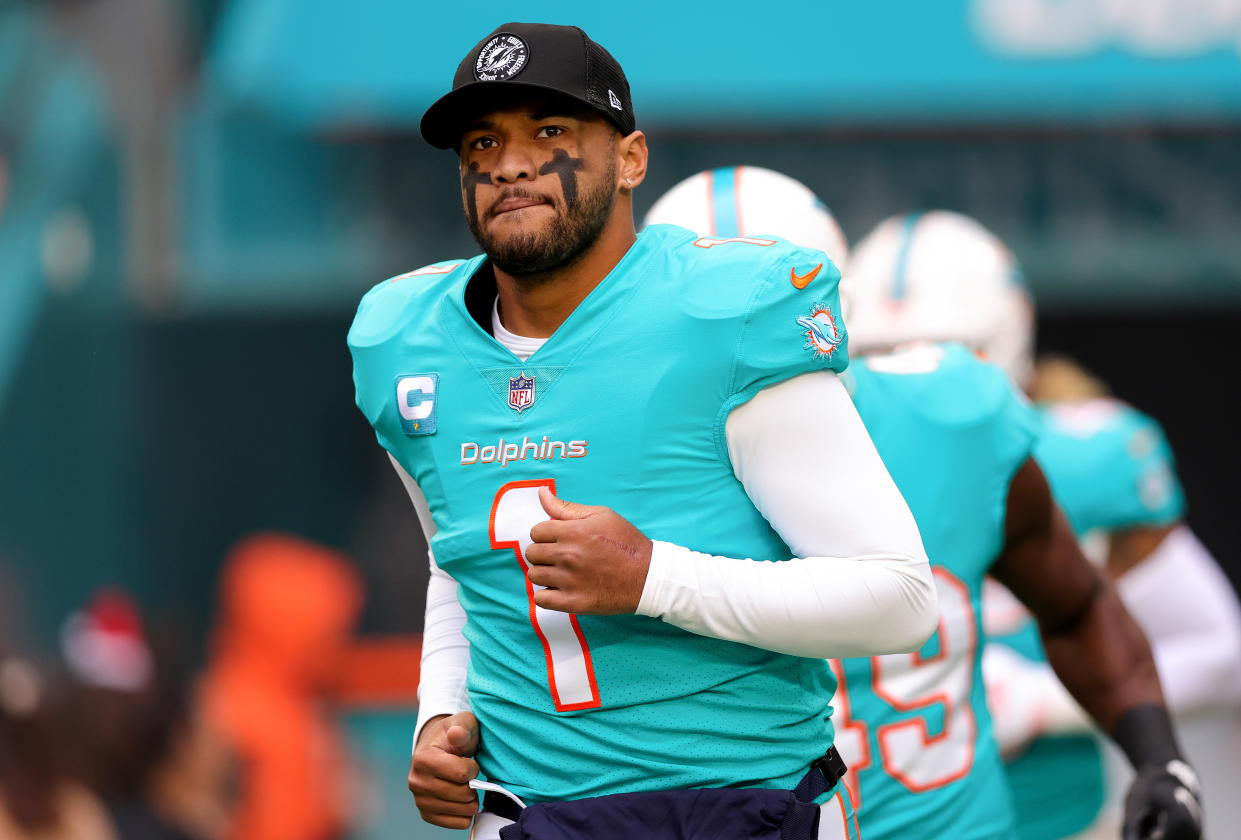