It’s beginning to look a lot like Christmas! Traditional tree felled in York is put up outside Number 10 as Boris Johnson says it is a ‘first step to bringing us some festive cheer in a very challenging year’

The 20ft tall Nordmann fir took its place in front of the world’s most famous black door this morning.

The tree was felled in York and it is said to be the first time a tree from the North of England has won the competition to stand in front of the Prime Minister’s residence. 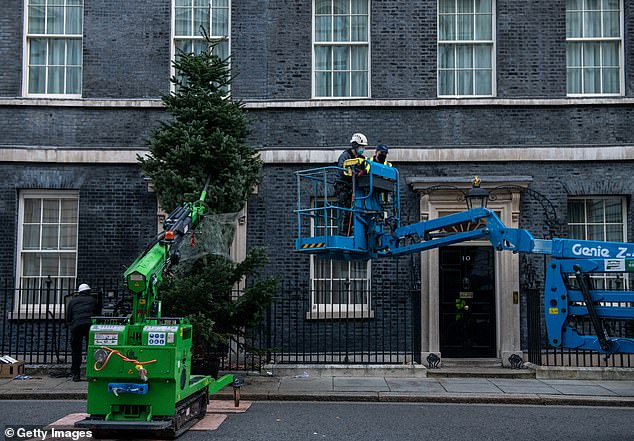 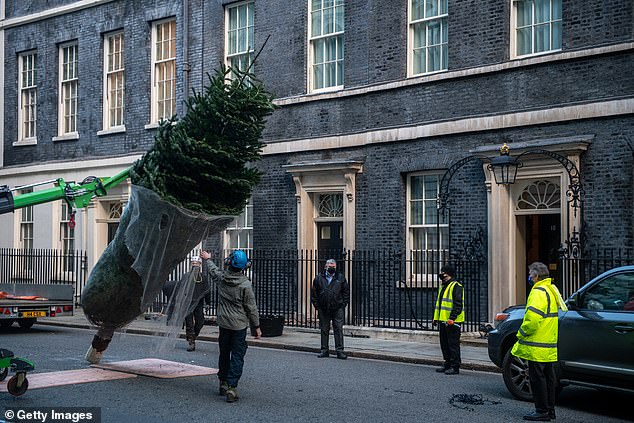 The tree was provided by York Christmas Trees in Wiggington, just north of the city of York, after owner Oliver Combe was crowned ‘Champion Christmas Tree Grower of the Year’.

The winner of the competition, organised by the British Christmas Tree Growers Association, wins the right to supply Number 10 with its tree.

Mr Johnson told the York Press: ‘We’re delighted that York Christmas Trees will be providing the Downing Street tree this year which I hope will be enjoyed by many.

‘These beautiful trees and wreaths are the first step to bringing us some festive cheer in what has ultimately been a very challenging year for us all.’ 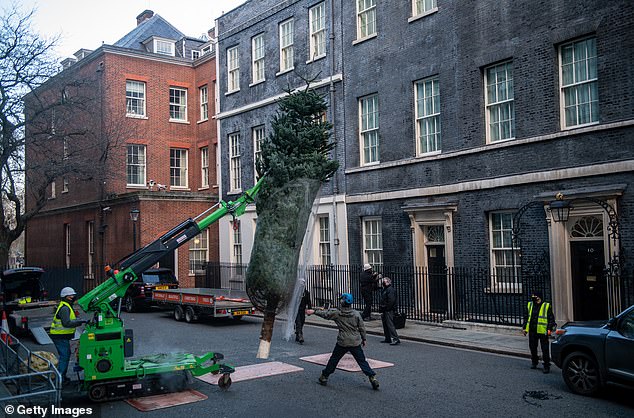 Mr Combe’s victory in the competition reportedly marked the first time a tree from the North of England has been crowned the winner.

The origins of the tree represent a happy coincidence for Mr Johnson who is keen to stress his ‘levelling up agenda’ at every opportunity as he tries to spread prosperity across the UK.

Mr Combe told the newspaper: ‘We are a small family run Christmas tree business based on a farm just outside York and to be given the chance to deliver the tree for Downing Street is incredible and a great reward for all the hard work that our team puts in throughout the year.’