Home » World News » Enough is enough, it’s time for Mueller to bring out the big guns 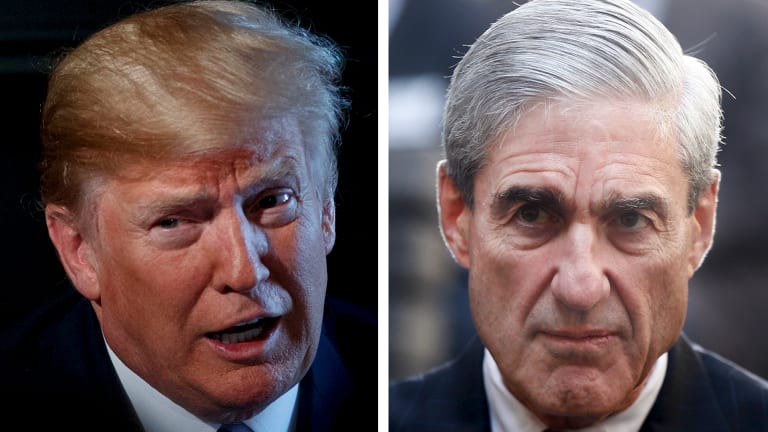 Mueller has been extraordinarily deferential while Trump and his representatives engaged in their gamesmanship.

Even as Special Counsel Robert Mueller marches forward with his prosecution of former Trump campaign chairman Paul Manafort, and as the case that Donald Trump engaged in criminal conduct grows stronger, the President and his lawyer Rudy Giuliani continue their tango about whether Trump will deign to answer questions from Mueller's team.

Said Giuliani on the possibility of an interview: "If they can come to us and show us the basis and that it's legitimate and that they have uncovered something, we can go from there and assess their objectivity."

Giuliani added to his list of prerequisite demands that he wants to know about the origins of the FBI probe before agreeing to some form of interview. Then on Wednesday, Giuliani announced that the President's team issued yet another counter-proposal to Mueller, declining to specify the terms.

So if Mueller can prove the legitimacy of his case, and if Giuliani and Trump conclude it's objective, and if they receive sufficient information about the probe's origins, then they might consider answering some questions in writing.

Enough is enough. It's time to subpoena the President.

Mueller has been extraordinarily deferential and patient while Trump and his representatives engaged in their scarcely credible gamesmanship. Notwithstanding Giuliani's representations that Trump is pawing the stall eager to submit to an interview under oath, it has become increasingly apparent that neither Trump nor anyone in his orbit has any interest in his answering Mueller's questions.

In a word, they are playing Mueller, and in the process, playing the country.

Mueller surely recognises this, but he likely has resisted forcing the issue into court for a combination of practical and legal reasons, including the months-long delay a court resolution would require and the need to show every possible respect to the office of the president (if not its officeholder).

Trump's intransigence raises the prospect that Mueller will need to submit his report to Deputy Attorney General Rod Rosenstein with no input from the President. This is simply an unacceptable resolution for a probe of this gravity.

Mueller's mission is not just to investigate and charge crimes. It is also to determine what happened. Indeed, he is the country's only hope for some clear picture of the facts. As the recently released tapes of Devin Nunes makes clear, congressional Republicans are determined to avoid any serious investigation, and the media can probe only so far.

A stunning feature of the drama Trump has inflicted on the country is that Americans have become inured to daily dishonesty of an unprecedented sweep and magnitude. We acquiesce, or at least cease to push back against, the argument that lying to the media and public is no crime.

Consider, though, the consequences of the President's denials and obfuscations on issue after issue in this probe (combined with the cravenness of congressional Republicans). Trump's successful dodging would leave a permanent hole in the historical record, particularly on a hostile foreign power's attempt to influence our elections. There will be no future David Frost interviews to fill in the facts, and if there were, we could never believe them anyway.

[Trump and his associates] are playing Mueller, and in the process, playing the country

It is true, of course, that Trump could respond to a subpoena by invoking his Fifth Amendment rights. He is not legally required to fill in Mueller's case for him. But that act would speak volumes to the country, while subjecting the President to historical ignominy. And there is no constitutional reason it shouldn't: We are not an impanelled jury, but a citizenry entitled to know whether the President committed crimes and conspired with a hostile foreign power to try to swing the election.

It is also conceivable that the Supreme Court could agree with the President to quash the subpoena, but it is highly unlikely. Precedents in the cases of presidents Nixon and Clinton strongly indicate the subpoena would be enforceable. And it is in the interest of the country to get a definite resolution of the question from the Supreme Court in any event.

Assuming Trump contested the subpoena, it would take months to reach the Supreme Court, even on an expedited basis. But Mueller's probe has longer than that to go with respect to matters other than obstruction, so it wouldn't extend the overall investigation. It would mean that the obstruction report would not be delivered by November, thereby leaving the probe to hang over Republicans during midterm elections. But that probably would be — and certainly should be — ascribed to Trump's resistance to lawful process.

In any event, the long-term stakes are too high to permit Trump's obduracy to win the day. He needs to be brought to heel by the rule of law and provide some answers, under oath, and there is no good reason to wait any longer to initiate the process.

Litman teaches constitutional law at the University of California at San Diego and practises law at the firm Constantine Cannon. He was US attorney for the Western District of Pennsylvania from 1998 to 2001.