The anniversary of becoming one of Scotland’s biggest lottery winners would seem like a good day to celebrate.

And that’s exactly what Gillian Bayford did when she tied the knot with her new beau over the weekend.

Exactly six years after scooping the £148million jackpot, she walked down the aisle at the five-star Fairmont Hotel near St Andrews, Fife.

The 46-year-old former healthcare assistant won the huge Euromillions prize – the second biggest in the UK –with previous husband Adrian Bayford in 2012.

But their nine-year marriage ended only 15 months later, with the couple blaming the stresses created by receiving the windfall.

On Saturday, the mother of two – who is understood to have taken her 37-year-old husband Brian Deans’s surname – got hitched in what was described by sources at the hotel as a ‘traditional wedding’.

She was said to have been dressed in white for the big day.

The romance is said to have blossomed quickly after she dumped her previous fiancé, car dealer Alan Warnock, last year following a three-year engagement.

The Deans stayed at the Fairmont on Saturday, having partied into the night after a ceremony attended by family and friends.

Wedding band Michigan, which played at the reception, toasted the new couple on social media. 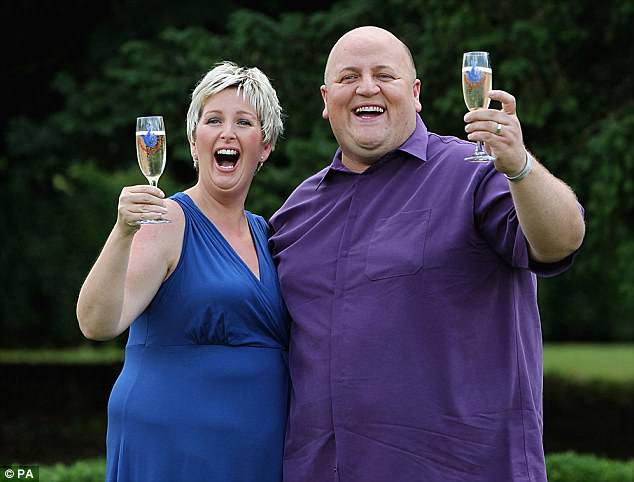 In happier times: Former married couple Gillian and Adrian Bayford toasting to their win in 2012

The band said: ‘Congratulations to Brian and Gillian on your wedding day.’

It is the latest in a string of ups and downs for the lottery winners.

The former Mrs Bayford, originally from Carnoustie, Angus, split with Adrian, with whom she lived in Haverhill, Suffolk, in late 2013.

After announcing the break-up, she left their £6million Georgian mansion on a 200-acre estate in East Anglia that they bought with their winnings and moved to a new £750,000 house in an exclusive estate on the outskirts of Dundee 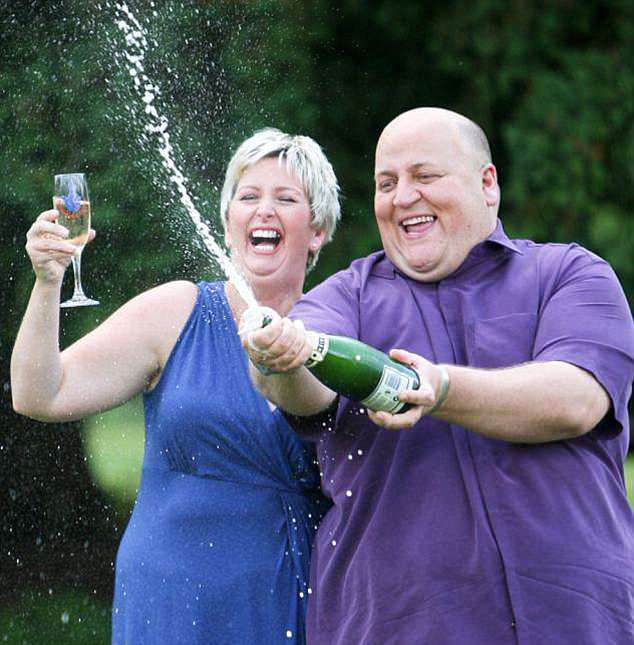 She was then linked with Audi sales dealer Mr Warnock, who sold the Bayfords a fleet of luxury cars. They had met soon after the £148million lottery win, when Mrs Bayford and her husband visited her parents in Scotland.

The couple went to the John Clark Audi dealership in Dundee, where Mr Warnock was sales manager, and ordered five luxury cars.

The vehicles – three Q7 SUVs worth about £60,000 each and two Q5s worth around £40,000 each – were bought for Mrs Bayford, her parents, her brother and his girlfriend.

Mr Bayford has not been so lucky in love.

Since breaking up with his wife the former postman has dated several women.

They include stable girl Samantha Burbidge, who left him and took £300,000 worth of thoroughbred horses with her.

He also claimed that he was forced to shut down his second-hand record shop in Haverhill after being swamped by begging letters. In 2016, the former Mrs Bayford – who manages a buy-to-let property empire in Carnoustie – fell out with her parents, Ian and Brenda McCulloch, claiming that they were ‘demanding and greedy’, despite being given £20million.

They insisted they had only been given £1million and that their daughter was ‘vicious and manipulative’.

She also had a run-in with staff at the Sugar and Spice cafe, near Arbroath harbour, which she bought and closed down amid claims that she was offering only a £100 payoff to some of the workers.